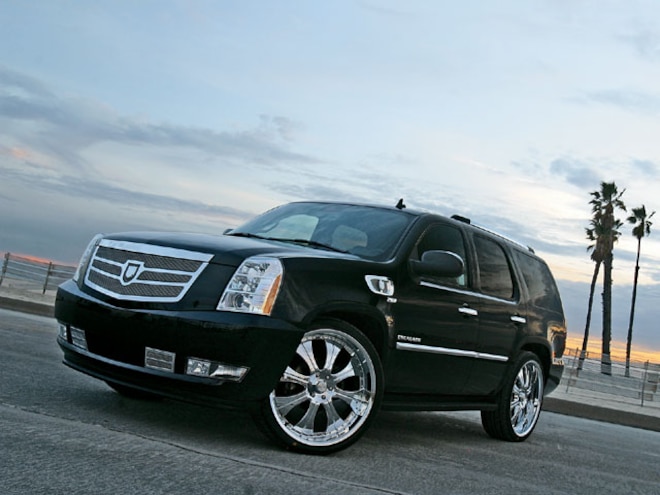 View Photo Gallery | 39 Photos
Photo 2/39   |   tahoe To Escalade Conversion front View
During the late '90s, Cadillac reasserted itself as the epitome of overstated luxury with the Escalade. That image was burnished by customizers who bought the pricey SUV and then threw down their credit cards to buy big wheels, designer upholsteries, wallet-wounding audio and video-you name it. But, not everybody could afford to pour buckets of Benjamins over a vehicle that already had them bumping against their credit limiter. Thankfully, the guys at 714 Motorsports found a possible solution to this problem. They decided to start, not with a pricey '07 Escalade but with its more reasonably priced sibling, an '07 Chevrolet Tahoe, by replacing the distinctively Chevy body components with those from Cadillac, using OE parts in the process. 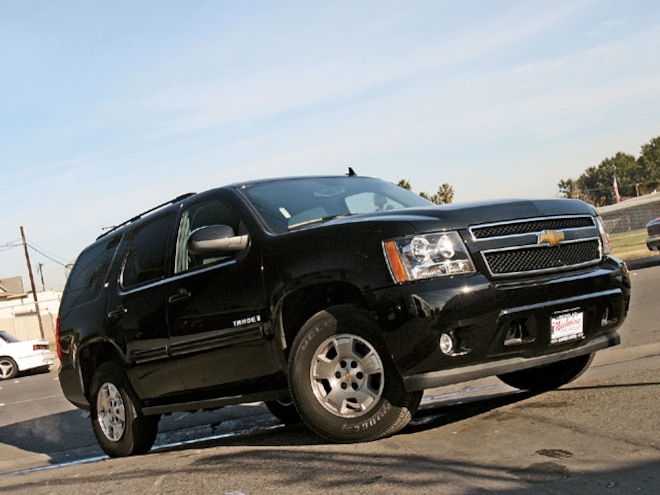 View Photo Gallery | 39 Photos
Photo 3/39   |   Before : Here is our hapless Tahoe, parked outside 714 Motorsports before it was disassembled.
An Escalade is really just a finely dressed Tahoe, so disguising a Tahoe to resemble its upscale relative was not a big deal. It was simply a matter of swapping the factory badging, mirrors, some body components, and a few other parts. However, 714 Motorsports took the project even further by replacing some of the new factory Cadillac components with aftermarket sparkle from Asanti, Lexani, and Iced Out Emz. This upped the financial ante significantly, but hey, if you got the money ... Read on to discover how they did the transformation.
From the Driver Seat
This was a relatively straightforward conversion. Granted, the project focused mostly on exterior modifications; aside from some video upgrades, it's not like 714 went in and added the interior appointments that make an Escalade an Escalade. However, the end result is a Tahoe that rolls almost indistinguishably from an Escalade, unless you look very, very close. Interestingly, the reality was that the cost of parts and labor for replacing the Chevrolet body components with Cadillac parts-dogpiled with the price of the aftermarket upgrades-added up to an astonishing amount of money. But, these guys went all out and managed to work out some deals along the way. We didn't factor in the good-guy pricing in the Your Questions Answered sidebar. You can cherry-pick components to disguise your Tahoe in a way that won't send you into the poor house, or you can work out your own deals.

- OF
By Mark Halvorsen
138 Articles