Sway Control – Whether or Not to Paint an Older Truck 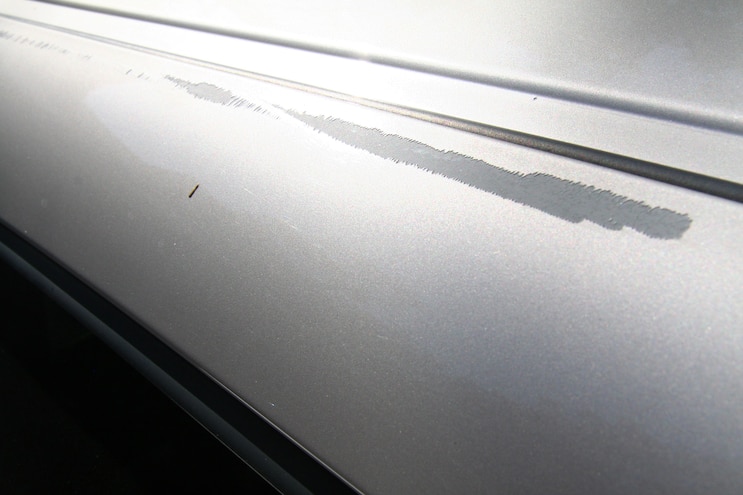 You’ve heard me talk about my ’04 Avalanche here more than once. As you’ve probably followed in the pages of Truck Trend and on trucktrend.com, I’ve put a little work into it to getting it in about as good mechanical shape as could be expected for a 13 year-old truck. Currently, it’s running reliably and smoothly, and it brakes, handles, and accelerates perfectly fine. With the lighting upgrades that have been done, it even looks pretty sharp, all things considered.
When I bought it, it had a few paint and body blemishes, but nothing so horrifying that I had to rush it straight to the body shop. About the worst is where the paint is scraped off the top edge of the doors and part of the roof on the passenger side. However, from eye level, you’d never even see it. Other various parts have some scrapes and dings, but nothing so egregious that you’d necessarily notice it unless it was pointed out.
Which brings me to my latest conundrum: Should I get these issues fixed or just let it be? If I lived in a more rust-prone part of the country, I probably wouldn’t be waxing philosophical about the answer and would have already had it in and out of the body shop. However, in usually sunny Southern California, rust is a rare issue, except for a little bit of salt air surface rust here and there. My Avalanche was formerly a beach truck, and it does have a little of this. There is also one painted-over patch that is either a horrible DIY paint job gone wrong or a cover-up for some sheetmetal cancer. 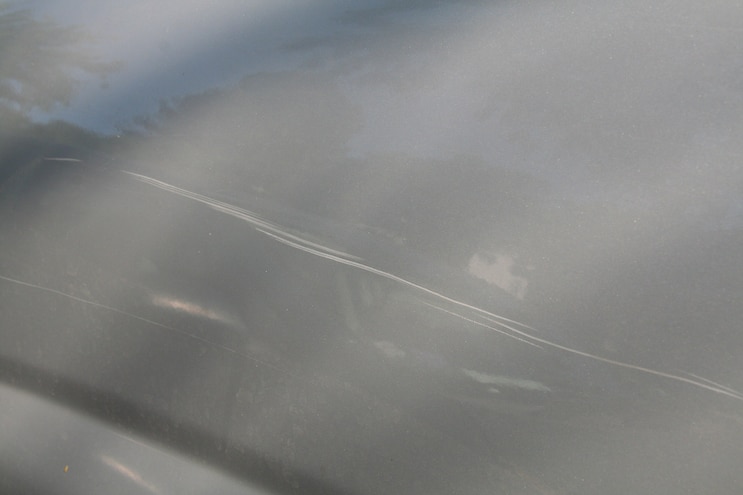 View Photo Gallery | 5 Photos
Photo 2/5   |   Sway Control Paint An Older Truck
Part of me wants to bite the bullet and get the paint and bodywork in the best shape it can be. Another part of me thinks it’s silly to spend money on a 13 year-old truck trying to get it pristine. This will never be a show truck. I have no intentions of making it one. It’s my weekend warrior/workhorse, and I’m sure for the however many more years it’s in my possession, it’ll get a few more dents, dings, and scratches. I’ve already set a tentative paint and body budget in my mind for the repairs, if I ever go through with them. I’ve determined I’m willing to spend $2,000 on paint and bodywork. Some would say even that amount is borderline mental, considering I spent less than $6,000 for the truck itself.
I can totally understand truck owners wanting to take pride in their trucks, but at the same time, I don’t blame or scorn truck guys that keep a permanent patina of peeling clearcoat, surface oxidation, or bare primer on their trucks. If they’re happy about how it looks and would rather not bother with washing or waxing it to keep it in perfect condition, that’s their prerogative.
Having said that, there is a line between beater and beat-up. When I see cars or trucks with severely crunched-up sheetmetal on the road missing lights, grilles and trim, enduring a general state of neglect and disrepair, I feel a combination of anger and sadness toward the owner. Anger that they would let it get that bad, but a sad realization that they may not be able to afford to get it repaired.
Where do you stand? Are you one to keep your truck looking showroom-fresh even decades later, or are scrapes, dents, scratches, and faded paint stories to be told and a badge of honor for years of reliable service?

Truckin
Truckin
how to
How to Vinyl Wrap your Truck for a Two-Tone Look
Follow along as we wrap the top of our 2002 GMC Sierra and perform everything else necessary to call...
Jeremy Cook – Oct 15, 2020
Truckin
Truckin
how to
How to Update Your Truck with a Frontend Conversion
Bringing new life to an old and tired-looking truck
Marcel Venable – Oct 14, 2020
Truckin
Truckin
how to
Replacing Rusty C-10 Floors and Rockers with New Components from LMC Truck
We go over the replacement and repair of rusty floors and rocker panels i...
Marcel Venable – Oct 6, 2020
Truck Trend
Truck Trend
features
How to Protect Your Wrangler JL Rockers With Rock Sliders
Rock sliders are as much about function for your Jeep as they are style, ...
Sean P. Holman – Oct 5, 2020
Join Our FREE Truck Trend Network Newsletter