The End of Rust? Henkel Is Working to Prevent It From the Inside Out

Preventing Rust From the Inside Out 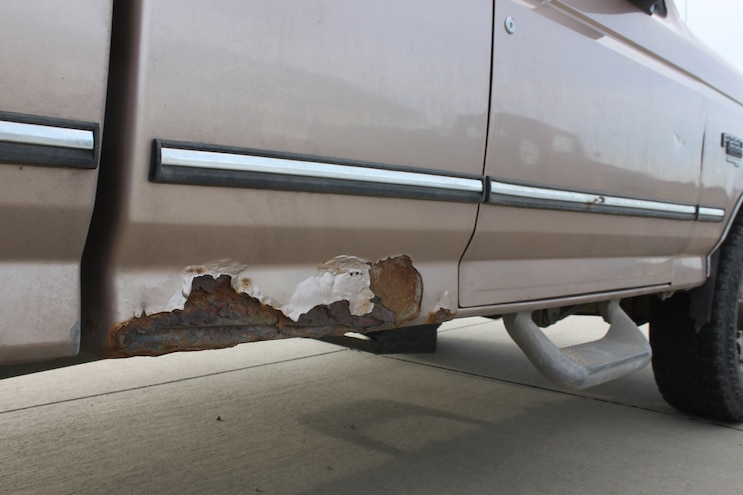 Rust. The most hated four-letter word among pickup enthusiasts. It is the automotive equivalent of cancer, and once it spreads, your prized possession is doomed. But there’s hope for a rust-free future, thanks to the diligent work of a team of researchers laboring away in the middle of the U.S. Rust Belt at North America’s largest accelerated testing laboratory.
The lab—owned by the Henkel Corporation, which was founded in 1960 and is the parent of an interesting mix of companies that produce the likes of Loctite sealants and Dial soap—is aimed at winning the battle over rust through special metal pretreatments. The spray the company is working to develop prolongs the time it takes for rust to form through better adhesion of paint and protection from chips and scratches.
“The time scale changes dramatically, but the laws of physics don’t,” said Process Engineering Manager Kathy Helmetag, a self-described car nut and chemical tribologist. “If you get down to the bare metal, it will rust. Our products are aimed at making paint last longer and become more corrosion-resistant.”

Rust is a reddish or yellowish-brown flaky coating of iron oxide that is formed on iron or steel by oxidation, especially in the presence of moisture. 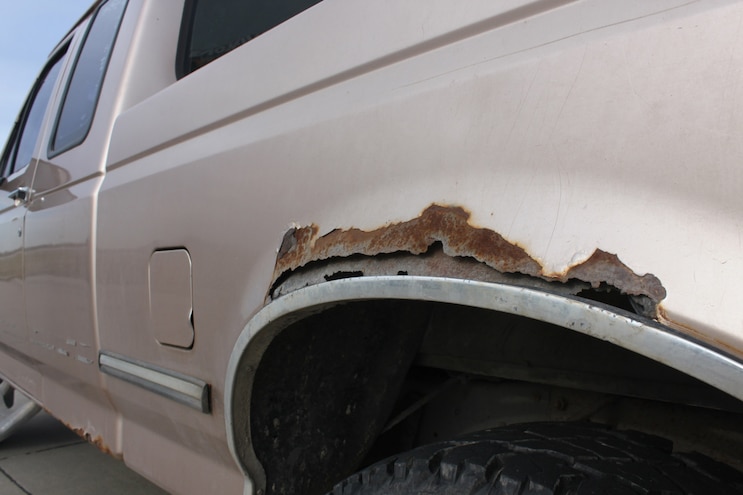 View Photo Gallery | 14 Photos
Photo 2/14   |   Preventing Rust
For Henkel researchers, it’s the enemy. Inside a nondescript white building, researchers and laboratory technicians attempt to create rust and understand why and how it forms. Their clients, many of the largest suppliers to automakers, send in samples for the laboratory technicians to test. The testing criteria can be quite different, depending on the client’s specifications.
“Some of their test methods are quite different,” said Teri Keener, laboratory manager for accelerated analysis and a 15-year Henkel employee. “Some of them are similar to salt spray, but the way it is evaluated is different. Everybody is a little different because their criteria are a little different.”
The testing, developed by the automakers and certified by the Society of American Engineers, includes humidity, salt, freezing temps, and even firing gravel at the samples through a gravelometer, which is a pneumatically powered machine capable of shooting gravel at a high rate of speed to chip the paint. Most of these tests take place inside 6x3-foot test cells with clear covers, which allow the technicians to monitor the samples.
Prior to entering the test cell, samples with paint applied are scratched down to the bare metal on a predetermined spot. This way, the researchers can pinpoint where the rust formed after the tests are completed. 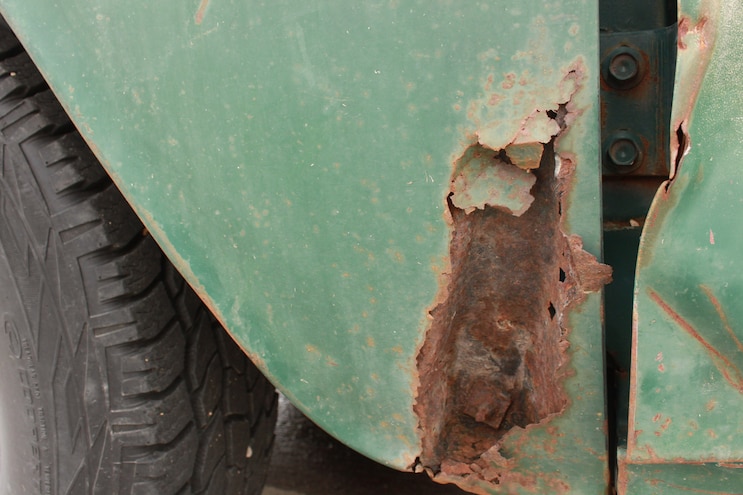 View Photo Gallery | 14 Photos
Photo 3/14   |   Preventing Rust Quarter Panel
Much of the testing focuses on replicating specific environmental conditions. For example, one cell has a mixture of salt and water sprayed into the air to simulate highly acidic environments like seashores, while another simulates a high-humidity environment with a moisture level at that of a rainforest. These tests take the most extreme environmental conditions and go beyond them.
After the testing is completed, technicians send the samples to the researchers, who pinpoint when the rust formed and under what conditions. They then send the results back to the manufacturer, who decides the next step: move forward with the production of the part or to change the paint and/or pretreatment to achieve the predetermined standards.
Why is this testing still ongoing? Automakers are continually pushing the envelope on new metals and creating new alloys. It’s a continually evolving process to find the right combination of metal and pretreatments. It even gets more complex when you mix in new high-strength steels.
“With high-strength steels, you had issues with the paint flexibility, because it is a two-layer system creating inner-layer stresses on the paint,” Helmetag said. “Now you have stronger steel, so do you need a softer paint or a harder paint, do you need stiffness or flexibility? All we care about is how the paint sticks so we can get corrosion performance. We are literally sandwiched between the steel companies and the paint companies trying to make everything work so the manufacturer is happy and buys the product.” 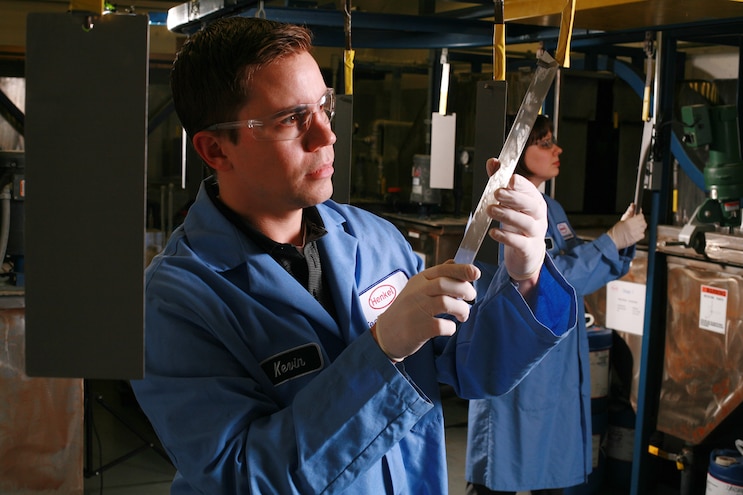 To effectively combat rust, you need to first provide a protective coating to prevent it from starting to form. Henkel has been working on tweaking its bare-metal pretreatment solution to protect the metal and prevent paint chips.
The pretreatment works like a paint primer you apply to a surface before putting on the first coat of paint. With primer, you are preparing the surface to accept the paint while also putting a protective layer on the surface you are applying paint to.
Henkel’s pretreatment seals the porous metal surface and creates a tactile surface for the paint to be applied. Basically, it roughs up the slick metal to allow the paint to stick. Without the pretreatment, paint would eventually slide off the metal surface and rust would form faster. 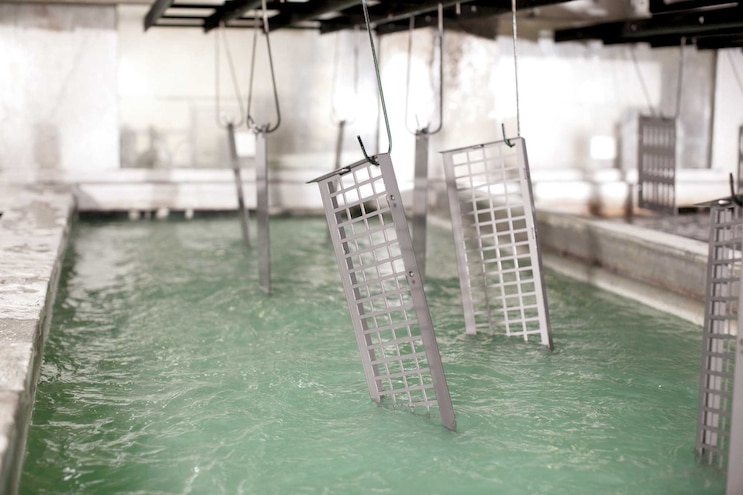 View Photo Gallery | 14 Photos
Photo 5/14   |   Preventing Rust Pretreatment Dip
This pretreatment is applied in the factory as the vehicle goes down the assembly line. Before it is painted, the vehicle’s various body paints are dipped into a pool containing the pretreatment before being sent to paint.
Dipping the vehicles allows the pretreatment to be applied quickly, but it also creates some challenges with vehicles being made of a variety of metals all with different alloys. Helmetag says mixed-use bodies continue to present a challenge since it requires Henkel to mix pretreatment solutions together, like ones for steel and aluminum, while making sure they don’t hurt the corrosion-resistance of each other.
“That was a lot of fun to figure out,” Helmetag said sarcastically.

Will Rust Ever End?

One of the ironies in today’s automotive world is while we have self-driving, electric, self-parking, and a myriad of other technologies in our vehicles, we are still at the mercy of rust. It would seem like if we can build a self-driving Class 8 truck, we should be able to stop something as seemingly simple as rust from forming.
The answer is we are getting there through the work being done at Henkel and other companies like it. The goal is to end rust completely, but the likely result will be rust will never go away as long as we use steel.
“What we are doing is making vehicles take longer to rust and pushing the time scale from 10-year rust-corrosion warranties to multiple decades,” Helmetag said. “Someday it will be far more likely that your car’s electronics will fail before rust forms.”