How to Remove Dents, Not Paint 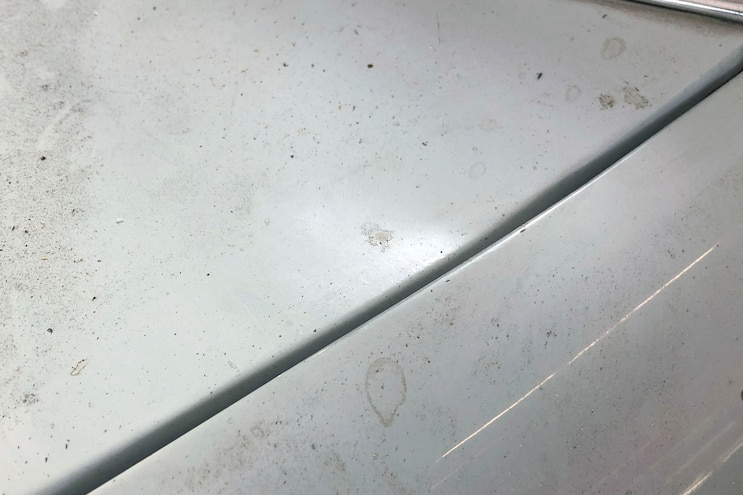 Like sand through an hourglass, time and days slip by as we work toward completing the appearance makeover for our 1995 Ford F-350 dually. The truck that has long been known as "Big White" for its all-white finish is in the process of receiving a dramatic color change, highlighted by Avery Dennison Graphic Solutions' Metallic Blue, Light Blue Metallic, and Gunmetal Grey vinyl. With the new look comes a new name, "BluMajik," which we're starting to use more liberally now that the actual wrapping process is underway.
In our last report, which focuses on preparing a truck for a vinyl wrap, Mike Smith of Raceskinz in Simi Valley, California, gave us the dos and don'ts for tasks that must be completed before vinyl is applied. Removing and cataloging parts such as mirrors, door handles, lights, dually fenders, etc., is a majority of the heavy lifting, and that's what we did—stripped the truck accordingly—in an afternoon thrash at Gear Driven Automotive in Northridge, California. 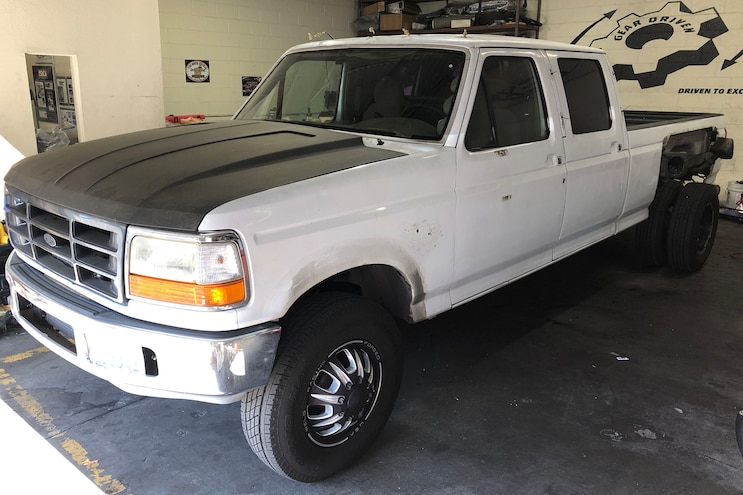 View Photo Gallery | 17 Photos
Photo 2/17   |   016 How To Remove Dents Not Paint
The process wasn't without (negative) incident. While removing cab lights, we learned a lesson in how soft the metal in the truck's cowl is. Knees placed on the cowl (for balance) left two sizeable dents on the driver and passenger side.

View Photo Gallery | 17 Photos
Photo 3/17   |   001 How To Remove Dents Not Paint
Although it was a bit of a setback, assessing the damage led us to believe repairs did not require pulling and/or filling the dents in the traditional manner by a body shop. The paintless dent repair process is the path we chose instead, and Eastwood's all-inclusive kit is the tool that helped us make the dented cowl smooth again. We also used it to remove small divots in other areas of the truck's body. 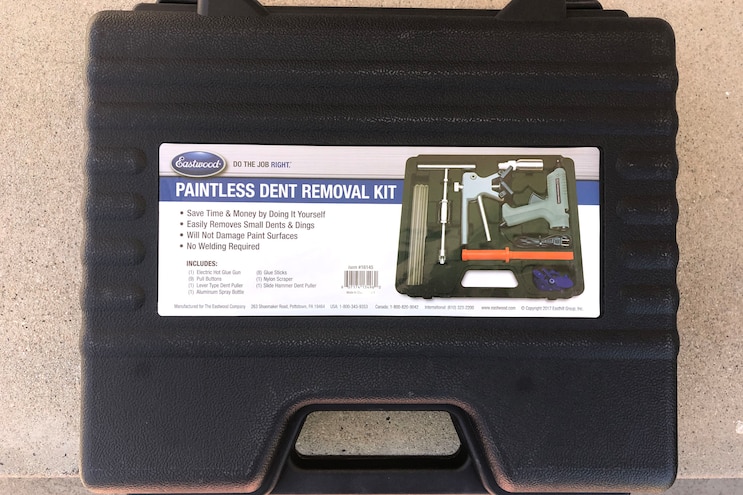 View Photo Gallery | 17 Photos
Photo 4/17   |   002 How To Remove Dents Not Paint
Eastwood's Paintless Dent Repair kit is a system that, with patience and a little analytical thought, enables users to fix minor body imperfections themselves, saving time and ultimately money over having work done by professionals. 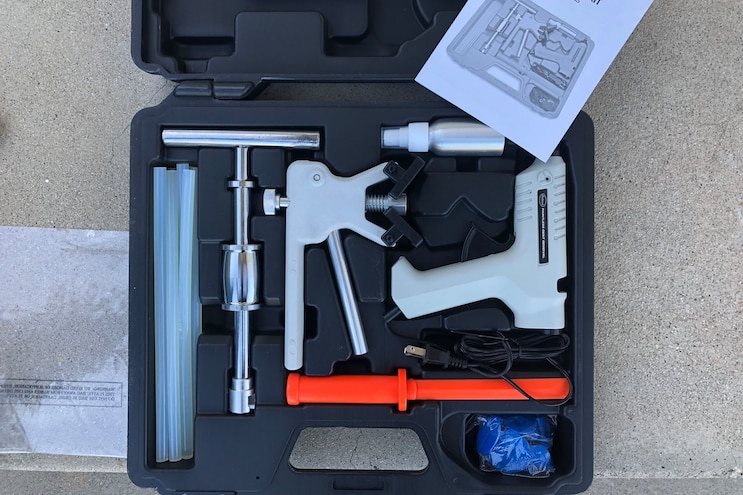 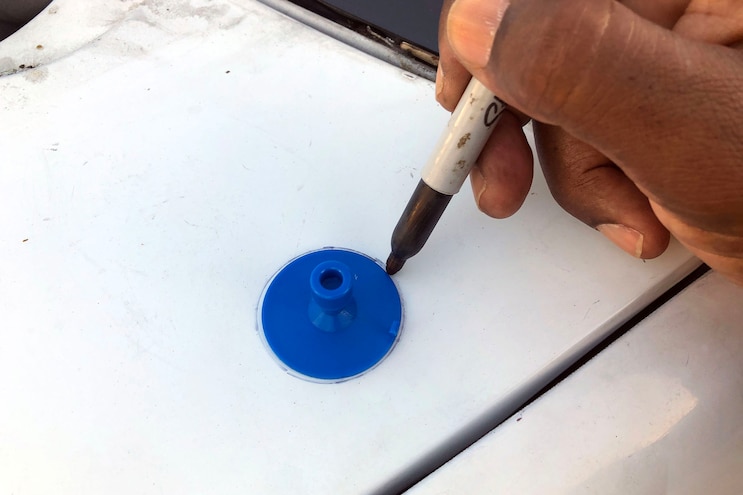 View Photo Gallery | 17 Photos
Photo 6/17   |   004 How To Remove Dents Not Paint
Paintless dent removal using Eastwood's kit starts with determining which of several assorted plastic pads is the correct one for lifting a dent (based on its size and shape), and then marking the area, applying hot glue to the pad and placing it in the marked location. After allowing the adhesive to set up for several minutes, a levered-, or traditional slide-hammer-style puller can be used to remove the imperfection. When a dent is removed, denatured alcohol is used to release the adhesive from the body and pulling pad. Cleanup is super simple.
While this seems like a collection of easy steps—and it is, to an extent—the process requires a fair amount of analysis when it comes to choosing lift pads, their placement on the body, the number of pulls that are necessary, and most important the amount or degree of force that is necessary for pulling a dent and not creating other damage (it can happen).

In the end, going the paintless repair route yourself can result in considerable savings financially. We learned that professional paintless dent pulling companies charge upwards of $100 per dent.
The complete Eastwood setup (and it's important to understand this is an entry-level kit) costs about $60, and of course, your time is your time. The math here is simple, and the results are rewarding, especially if body and paint work are taboo areas for you. Doing this work yourself is the way to go. We're very happy with the results.