Stiction Solution: A Cold- Weather Fix For Your 6.0L 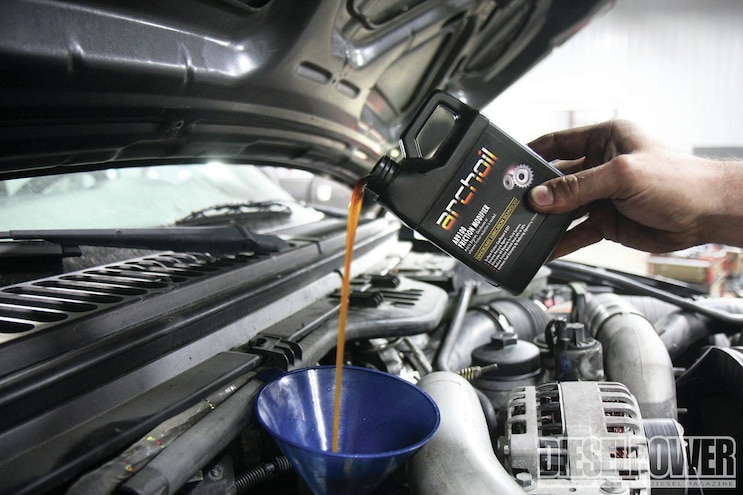 Let's face it, when winter strikes no one experiences cold-start issues quite like 6.0L Power Stroke owners. Thanks to this mill's hydraulically activated fuel injection system, relying on cold engine oil to actuate the injectors properly at startup can be a tall order in frigid weather. And when you factor the phenomenon known as "stiction" into the equation, the chances of your 2003 to 2007 Ford Super Duty firing on all eight cylinders is nearly impossible in such conditions. While switching to a lighter weight or synthetic oil can alleviate some of the symptoms associated with stiction, it can never rule it out for good. Over the years, we've seen several oil additives come to market with the goal of solving stiction issues, and this month we're putting the latest product through its paces: Archoil AR9100.

Stiction: Cause and Effect

Stiction is the static friction that needs to be overcome for one surface in contact with another to move. Stiction, in this case, is often the result of oil coking and carbon buildup inside the spool valve -- the vital component that allows high-pressure oil (required to actuate the fuel side of the injector) to enter the injector. This gummy, oily residue hampers oil flow through the valve, and when the spool valve cannot open and close as precisely as it needs to, stiction is at work. It leads to inconsistent fuel quantities leaving the injector nozzle, and poor fuel atomization occurring in-cylinder. Common symptoms are hard starting, rough idling, and oftentimes a truck that's smoking while it warms up in the driveway. If neglected long enough, stiction can cause irreparable spool valve bore wear, with expensive injector replacement being the only permanent solution.

The Science Behind Archoil AR9100

Because Archoil's AR9100 additive is activated by friction, signs of stiction can be cured in just a small amount of drive time. It uses four complex organic esters to effectively liquefy the oil, carbon, varnish, and sludge deposits within the spool valve -- not to mention it cleans the rest of the injector and entire fluid system. This allows a Nanoborate (a proprietary protective superlubricant) solid boundary layer to chelate to the deposit-free host alloy -- helping reduce metal-to-metal contact (i.e., friction) within the spool valve. 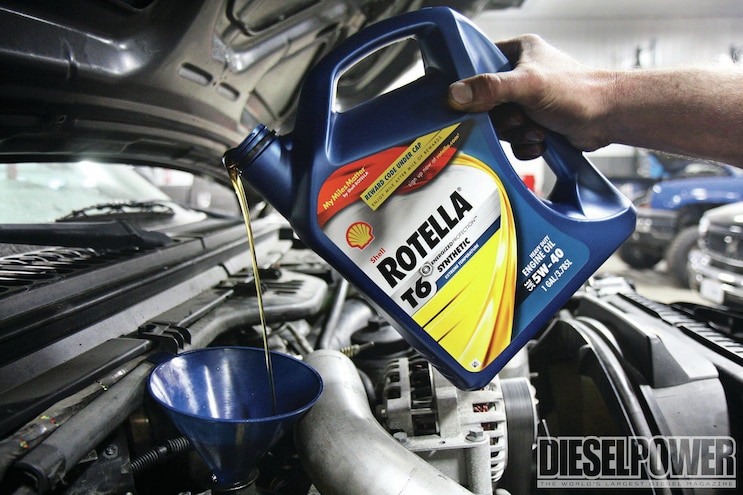 View Photo Gallery | 7 Photos
Photo 2/7   |   First things first: The oil was drained and switched to a lower-viscosity oil (5W-40 synthetic Shell Rotella vs. 15W-40 conventional). Knowing that changing to a thinner-weight oil wouldn’t alleviate the severe stiction problems with this truck, it would more or less be icing on the cake if the Archoil additive worked. 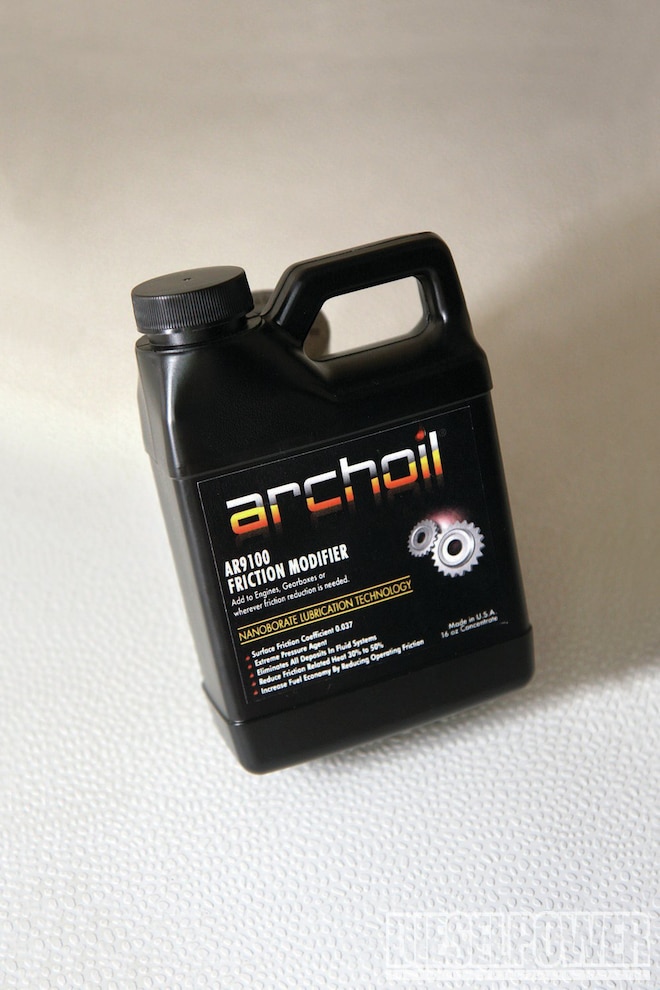 View Photo Gallery | 7 Photos
Photo 3/7   |   Archoil’s AR9100 friction modifier is an oil additive designed to solve the cold-start phenomenon known as stiction in 6.0L Power Strokes and VT365 engines. The additive can be had in everything from an 8-ounce jug to a 55- gallon drum. This 16-ounce container was used to top off the crankcase of a high-mile Super Duty test mule. 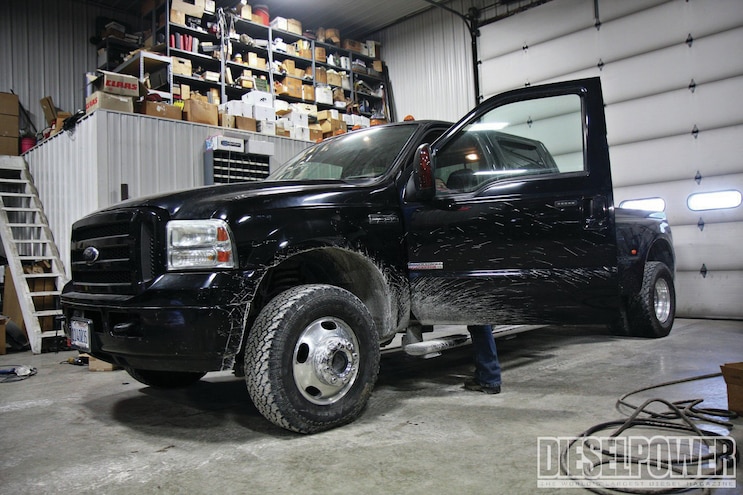 View Photo Gallery | 7 Photos
Photo 4/7   |   Our cold-weather candidate suffering from severe stiction issues was this 2005 Ford F-350 with 265,000 miles on the clock. With the original injectors needing to be replaced at 150,000 miles, the owner fully expected he would once again be replacing them when he brought the truck to Flynn’s Shop in Alexander, Illinois. 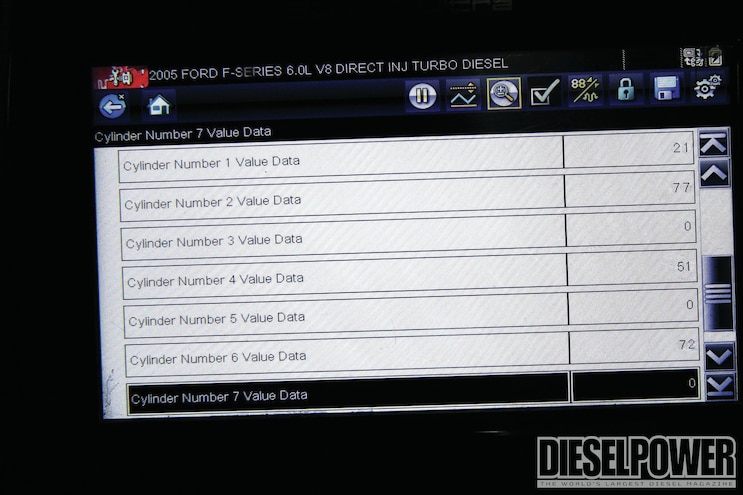 View Photo Gallery | 7 Photos
Photo 5/7   |   To see how poorly the truck could handle cold starts, it was parked outside overnight, in 20-degree weather. Because stiction issues typically subside as the engine oil begins to warm (due to the oil thinning out), we performed a cylinder balance test within 30 seconds of starting the truck. The result: just four of eight cylinders were in good working order. This meant half of the engine’s injectors were suffering from stiction (arrows).

View Photo Gallery | 7 Photos
Photo 6/7   |   After the truck’s dipstick read half a quart shy of being full, we topped off with our 16-ounce jug of Archoil. From there, the truck was started, idled for 30 minutes, and then taken on a 15-mile drive. 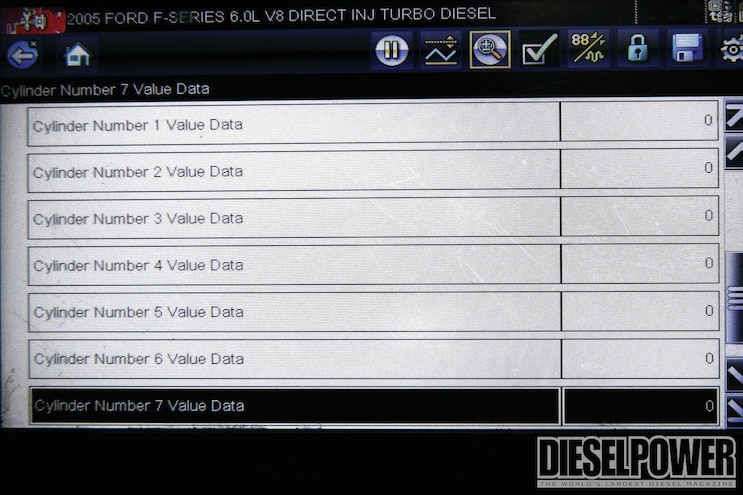 View Photo Gallery | 7 Photos
Photo 7/7   |   The next morning, following a 15-degree night during which the truck once again sat outside, it fired right off and idled smoothly. As before, we ran a cylinder balance test just seconds after startup and were greeted with this screen: no misfires and every cylinder functioning perfectly. Seeing this F-350 go from a cold-blooded, rough-running basket case to a truck that ran as smooth as it did the day it left the dealership definitely made believers out of us. Archoil is the real deal.