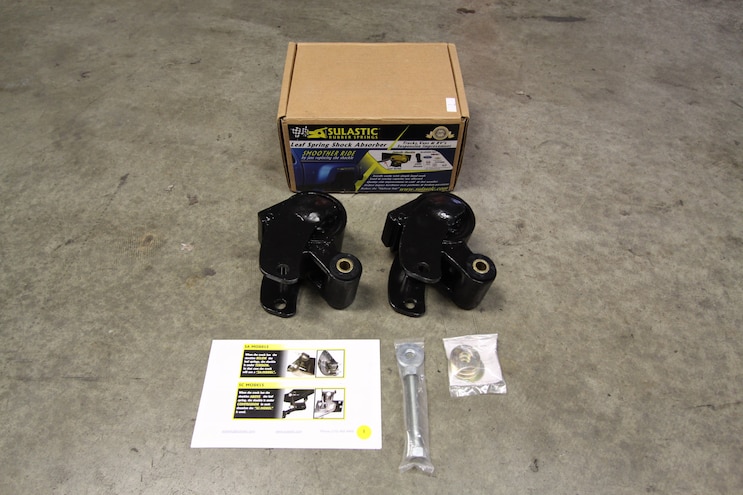 This ’08 Chevrolet Silverado 3500 HD, owned by our good friend and local legend Jay “Lightning” Tilles was experiencing a little bouncing at freeway speeds, due to the major lifted leaf spring upgrade, which had been added to it in the course of the beast mode transformation you see above. Lightening described it as being way too springy when unloaded, and it had the tendency to seesaw while being driven over SoCal freeways and its poured concrete sections. This is actually a common problem with heavy haulers, as the engineers designed the truck to spend most of its life laden with cargo, and the spring rate when unloaded can be quite severe.
The fixes on any number of 3500 HD forum sites on the interwebs can range from carrying a few hundred pounds of concrete bags in the bed to swapping in 2,500 leafs. But with Lightening and his Silverado, his situation had a completely altered suspension setup with a 12-inch lift, dual reservoir Bulletproof shocks in front, and Atlas leaf springs in the rear. Not to mention, the 24x10 American Force wheels shod with 37-inch Toyo tires. The combination resulted in some hard knocks while driving to public appearances and showing off his rad ride.

View Photo Gallery | 12 Photos
Photo 2/12   |   Our kit arrived from American Sulastic, and as you can see, consists of only a few parts. The shackle itself is one piece, and it includes mounting hardware.
The answer for this equation was to add a set of America Sulastic shackles to help smooth out the bumps in the road while still keeping the towing and hauling abilities that the HD was intended for. Lightening uses the ROQ Crusher to travel in town for local events supporting KROQ radio. But being the owner of this beast, he also uses it to haul a 26-foot toy-hauler complete with dirtbikes and quads, when he wants to play dirty, as well as 36-foot Hallet boat and trailer when it’s time to get wet and wild.
For this simple but needed upgrade, we went to the capable confines of Bud’s Diesel in Stanton, California, to have them professionally install our shackles. The install technicians at Bud’s specialize in servicing big diesel trucks, and they had our Silverado’s suspension all dialed in. Follow along as we smooth out our Chevy with a set of American Sulastic shackles. 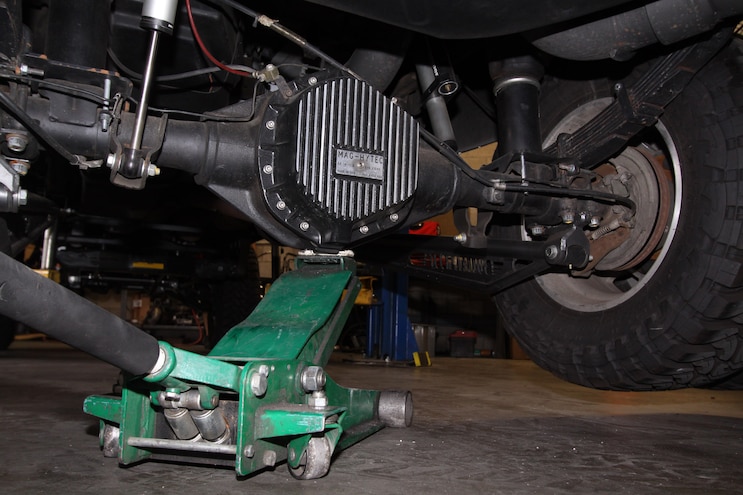 View Photo Gallery | 12 Photos
Photo 3/12   |   First on the list was to jack up the rear end and unload the suspension a little. This will help us remove the mounting bolts on the stock shackles and remove the shackles, as well. 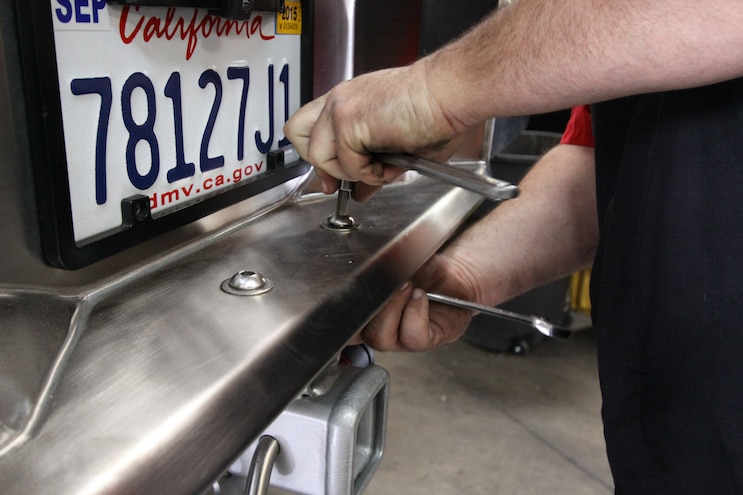 View Photo Gallery | 12 Photos
Photo 4/12   |   It was time to remove the trailer hitch assembly, as the arms of the hitch mount right alongside the rear leaf spring hanger mount. Here, we are removing the mounting bolts in the bumper. 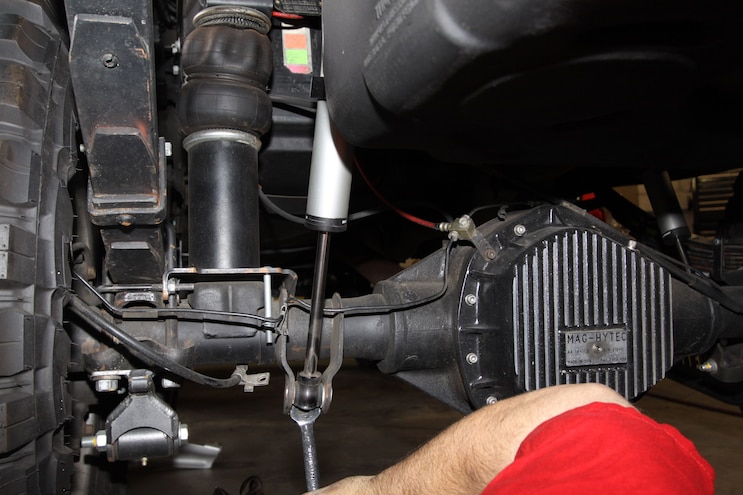 View Photo Gallery | 12 Photos
Photo 5/12   |   We removed the rear shocks to give us leeway to move the leaf spring up into its new location atop the Sulastic shackle. 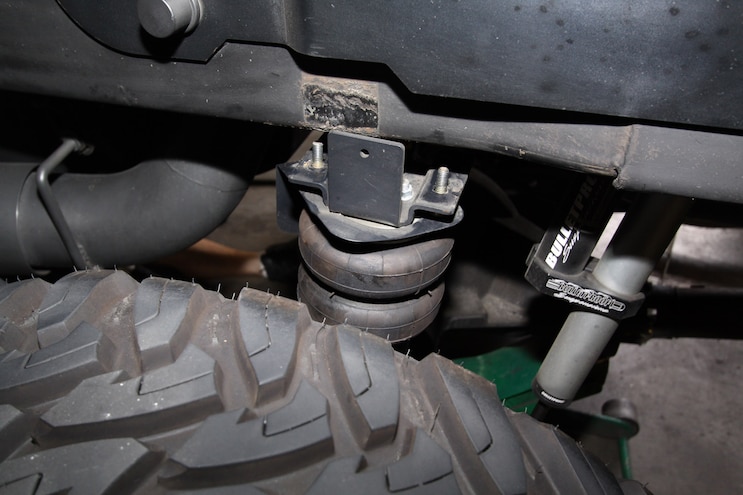 View Photo Gallery | 12 Photos
Photo 6/12   |   Moving on to the ’bag mount, we unbolted it from its mounting location on the frame. Once again, this was to give the leaf more room to move. 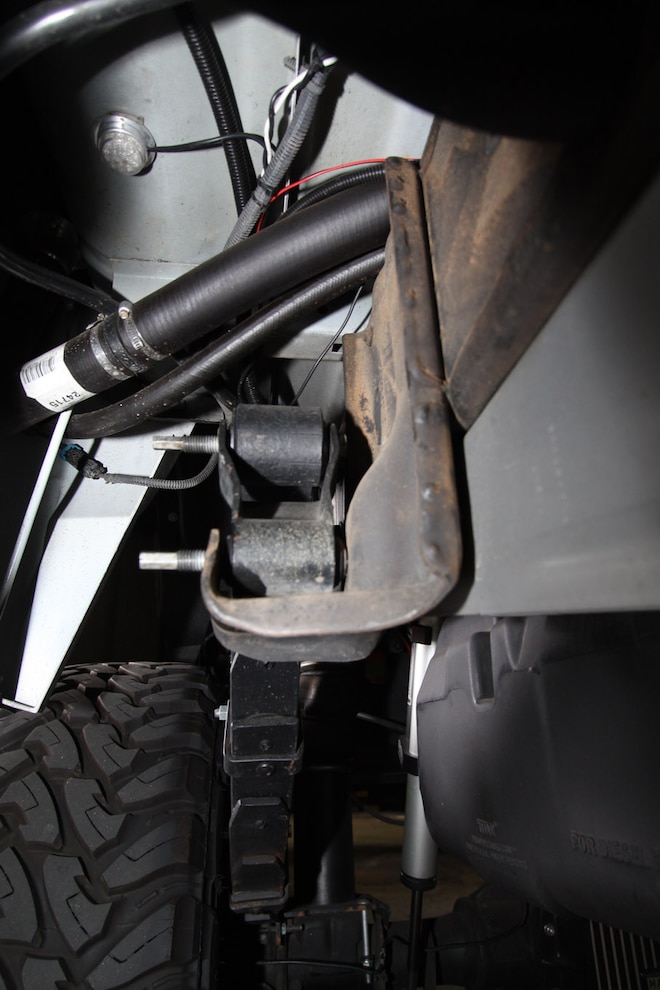 View Photo Gallery | 12 Photos
Photo 7/12   |   We then buzzed out the mounting bolts on the stock shackle and pounded out the lower bolt through the frame. There was no provision to remove the upper shackle bolt, so we had to remove it once the lower was freed up. There’s a slight trick for that. 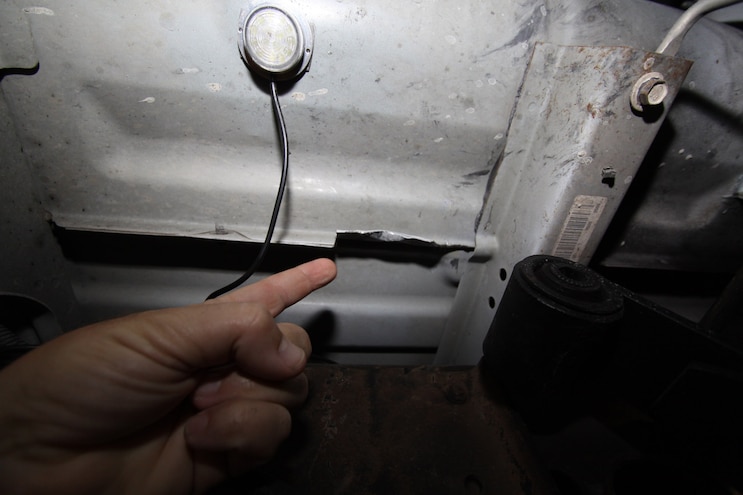 View Photo Gallery | 12 Photos
Photo 8/12   |   The trick is to slice off a chunk of the pinch weld just above the leaf spring to allow the leaf to be raised up high enough that the upper mounting bolt slides out over the top of the frame. 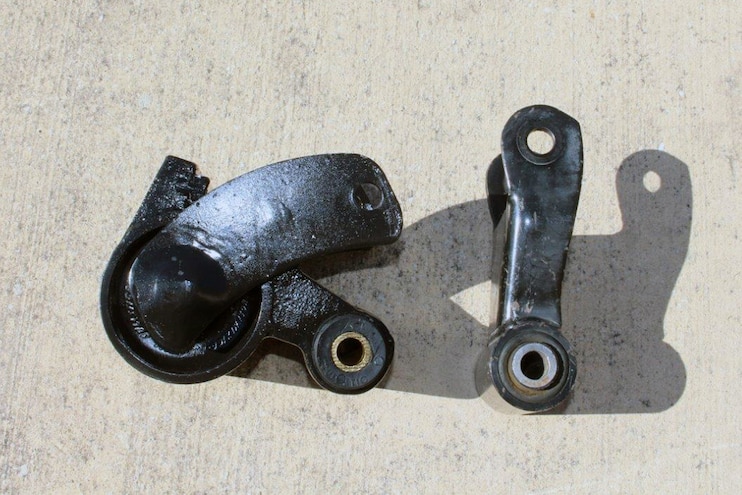 View Photo Gallery | 12 Photos
Photo 9/12   |   When the two shackles are set side-by-side, the differences can be seen straightaway. The Sulastic shackles are quite a bit different from the stockers. With its built-in spring action clearly visible here, it’s clear why these are a common choice. 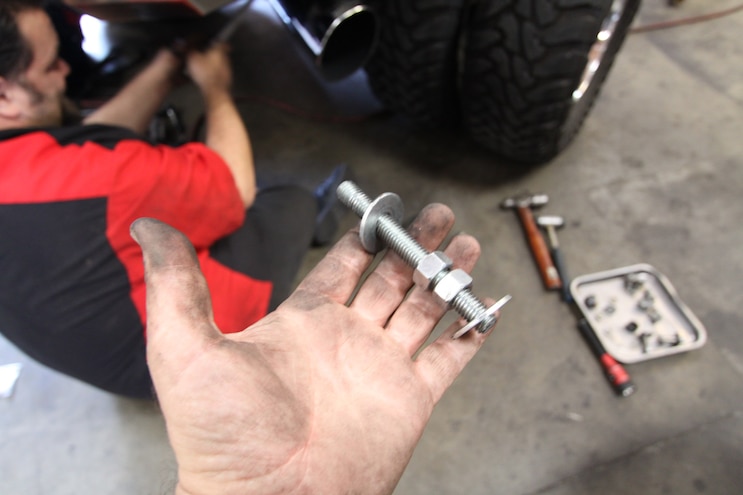 View Photo Gallery | 12 Photos
Photo 10/12   |   The kit comes with this simple but effective spreader consisting of a threaded rod with two nuts on either side. The spreader is used on the lower mount of the hanger, if the shackle is a bit too narrow. 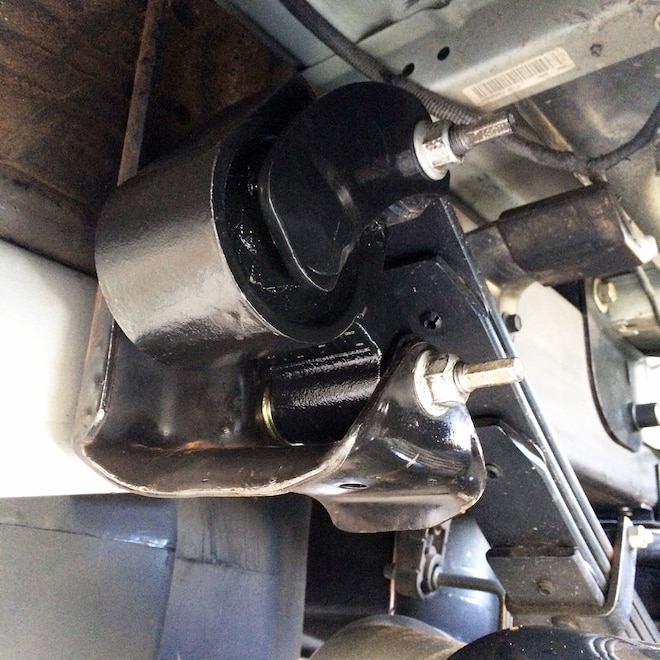 View Photo Gallery | 12 Photos
Photo 11/12   |   With the shackles now out on both sides, we kept the leaf spring up high to slip in the upper mounting bolt on our shackle, and then we lowered the leaf down to where the lower mounting point of the hanger met up with the shackle. Fortunately for us, the spreader was not necessary, and we kept in our toolbox for future use. 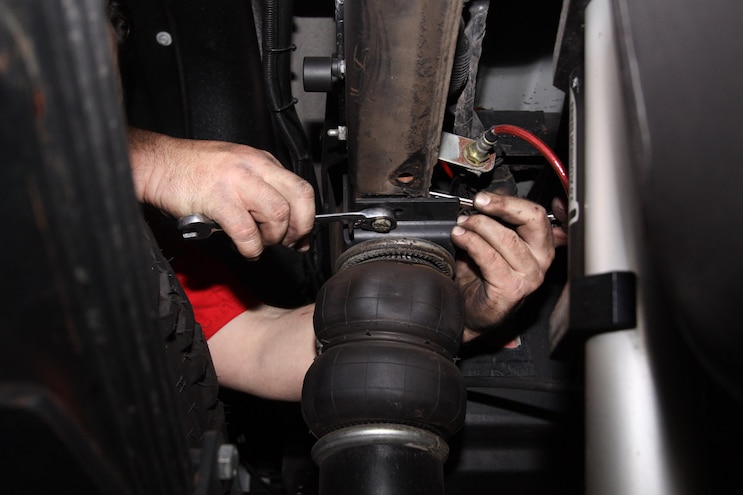 View Photo Gallery | 12 Photos
Photo 12/12   |   With the leaf spring and shackle all mounted and greased, we bolted the ’bag mount back in place and re-installed the shocks on either side. We were good to go. Our Sulastic shackles were going to serve this HD well, softening some of the harsh blows when the truck is unloaded.