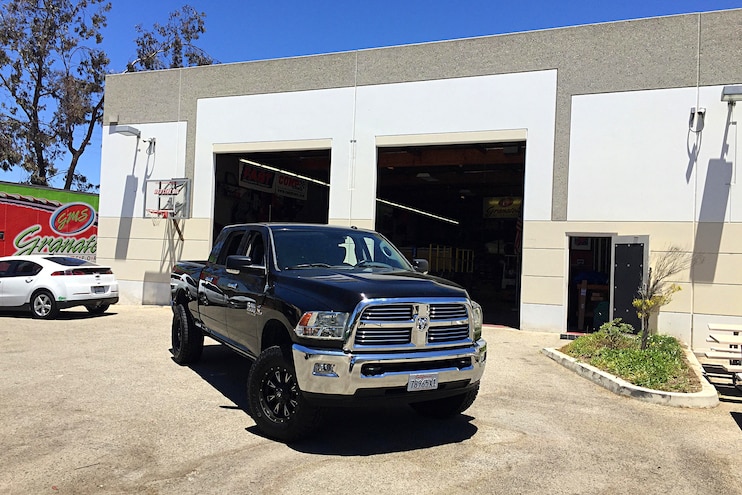 It matters not whether a diesel engine is mechanically or electronically fueled. “Tuning,” or in layman’s terms, manipulating the powerplant’s fuel strategy—making fueling more efficient by either adding or decreasing volume—is widely accepted as one of the primary methods of improving a diesel’s performance and fuel economy. For this exercise, our focus is on ’13-to-present Ram pickups and using a new plug-and-play ECM-programming device from Stealth Performance to dial in performance improvements and attain better fuel mileage for the 6.7L Cummins oil-burner that powers them.
Since 1996, making changes to factory-programmed fuel and timing strategies for electronic-fuel-injected engines has typically been accomplished by plugging handheld programmers into a vehicle’s OBD-II port and transferring updates into the ECM. Doing this leaves a marker in the processor that’s commonly referred to as a “footprint,” which identifies a tuner’s visit. For vehicles covered by a warranty, the indicator can lead to unwanted drama when a truck is taken to a dealership for a powertrain concern.
Unlike the handheld device, performance modules are installed directly in a truck’s main wiring harness, between the ECM and the fuel rail. Modules alter the electronic signal going to the fuel rail to increase pressure, which varies depending on desired performance and the unit’s capability. A fuel rail operates at a lower pressure until there is a demand for more. When an ECM is unable to support the call for increased fuel quickly, the typical results are delayed injector response and reduced power. Maintaining constant, high fuel pressure eliminates such delays, thus providing better response and power. Simply put, a module is designed to increase the efficiency of the fuel delivery.
The new MPG Series Module from Stealth Performance is designed to increase torque, horsepower, fuel economy, and throttle response—without raising exhaust gas temperature or exceeding factory-specified rail-pressure parameters. A selector knob allows the operator to make adjustments between four different power settings: Stock, Low, Medium, and High, using unique new technology Stealth says does not leave a footprint on the ECM.
Mike Pritchard, owner of a stock 6.7L Cummins-powered ’13 Ram 2500, wants to boost power, reduce turbo lag, and possibly gain a few more mpg. So, we’re installing Stealth’s MPG Series Module for ’13-to-’17 Rams in his truck, driving it (Stealth Performance recommends immediately driving the truck with the module set on its highest level for 40 to 50 miles), and evaluating the performance differences on the chassis dyno at Granatelli Motor Sports in Oxnard, California. 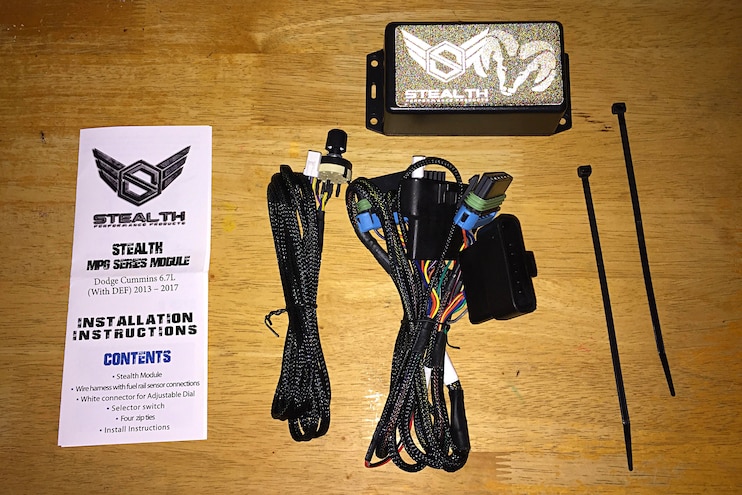 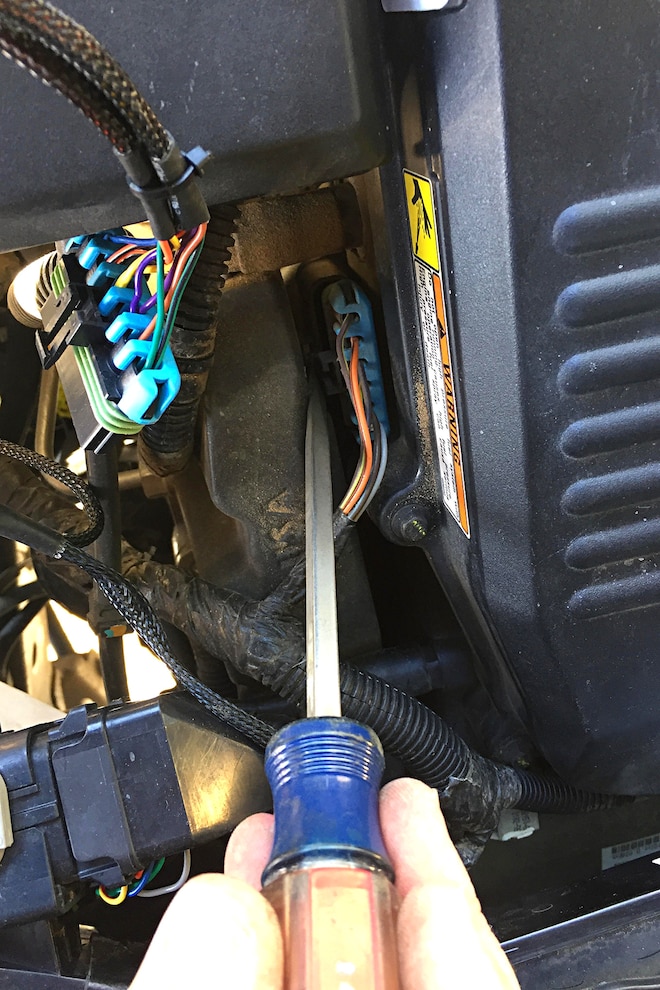 View Photo Gallery | 17 Photos
Photo 3/17   |   Stealth Performance recommends leaving the engine off for at least 10 minutes before installing the module. After the prescribed amount of time, the batteries are disconnected and the injector-harness plugs are removed. A screwdriver is used to release the locking tabs on the fuel-rail plug, engine harness (front), and flywheel harness (rear). 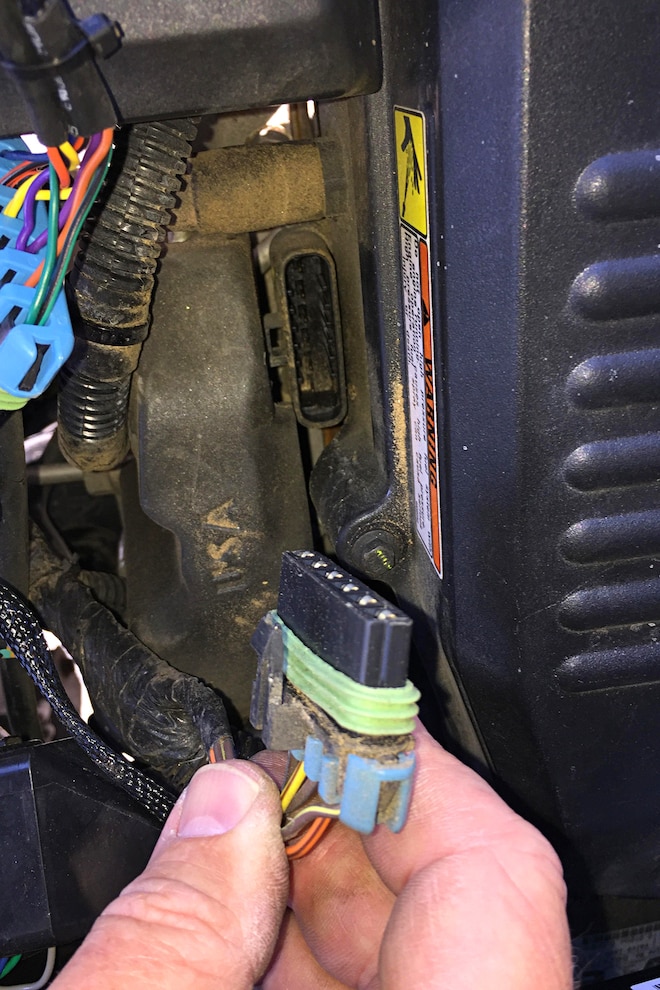 View Photo Gallery | 17 Photos
Photo 4/17   |   With the fuel-rail plugs disconnected, the Stealth module’s wiring harness is installed. The plugs on the new harness are labeled for easy installation. 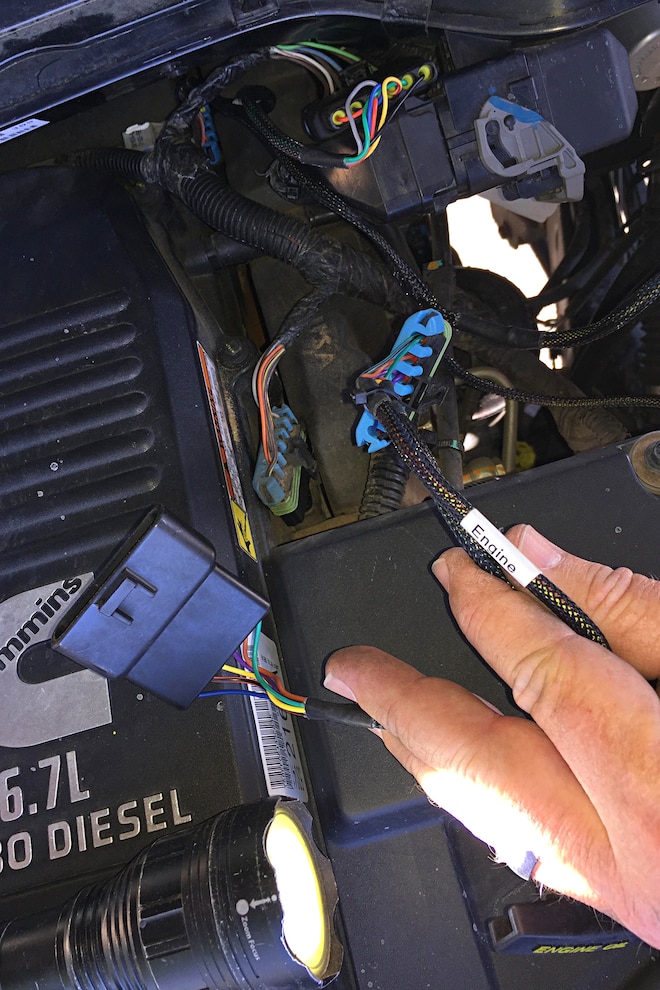 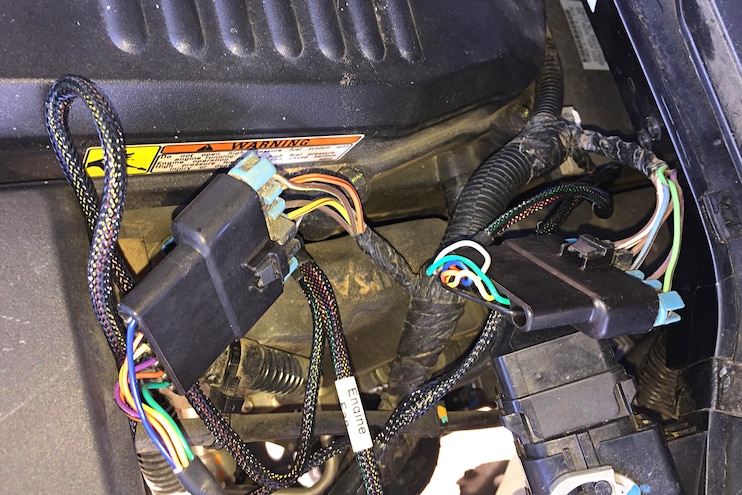 View Photo Gallery | 17 Photos
Photo 6/17   |   The new harness simply attaches to the stock plugs with OEM-style connectors. Two male and female connectors are used to complete the circuit. Once connected, the plugs and harness are easily routed for a clean installation. 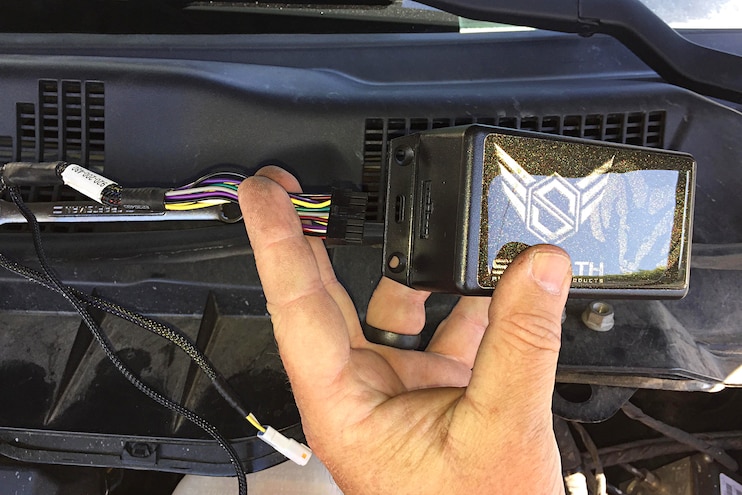 View Photo Gallery | 17 Photos
Photo 7/17   |   Once the engine wiring is in place, the module’s plug is placed in the location on the firewall where it will be mounted. 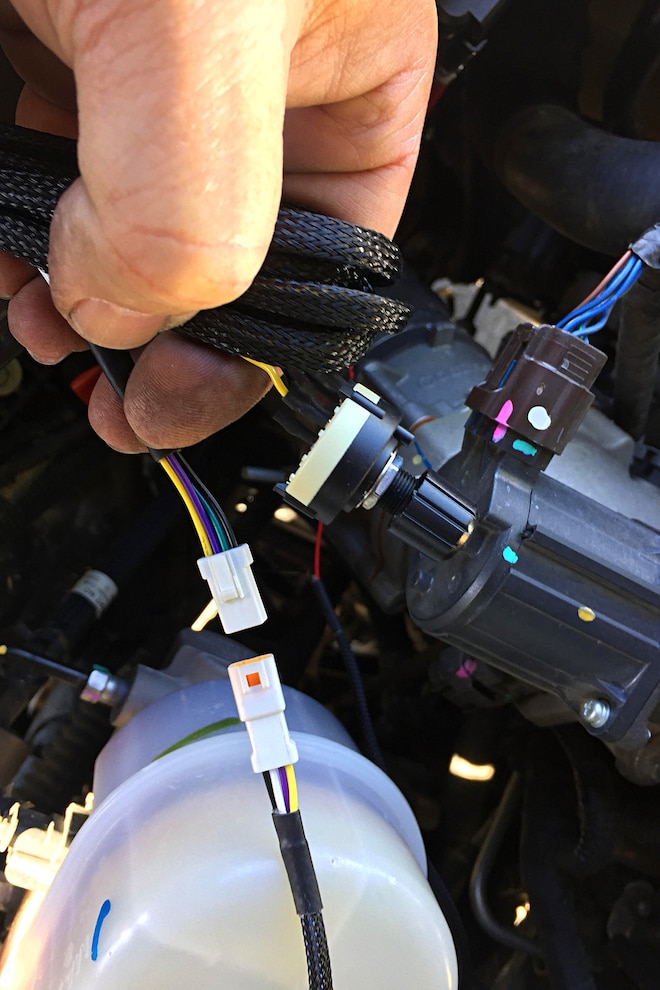 View Photo Gallery | 17 Photos
Photo 8/17   |   The selector switch is then connected to the harness. The switch can be installed in the cab or the engine bay. We’re leaving it under the hood. There are four performance settings that can be selected: Stock, Low, Medium, and High. 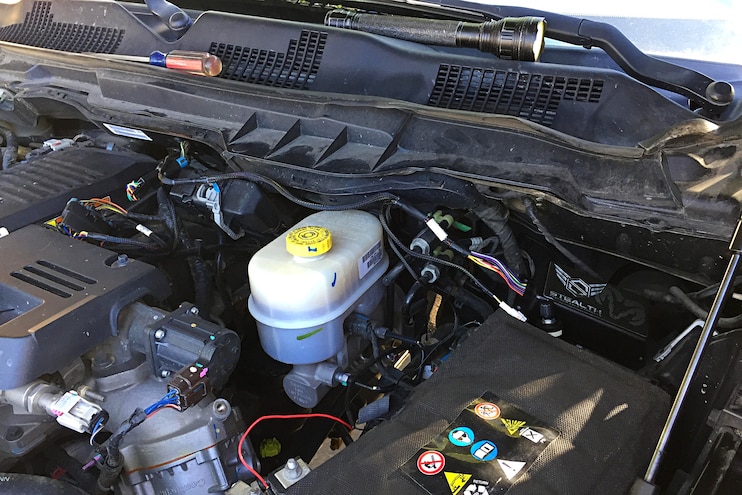 View Photo Gallery | 17 Photos
Photo 9/17   |   Finally, after all the connections are made and the harness is in place, its power and ground wires are attached to their respective terminals on the driver-side battery. Once both batteries are reconnected, we mount the module box to the firewall behind the battery, removed from any intense heat. 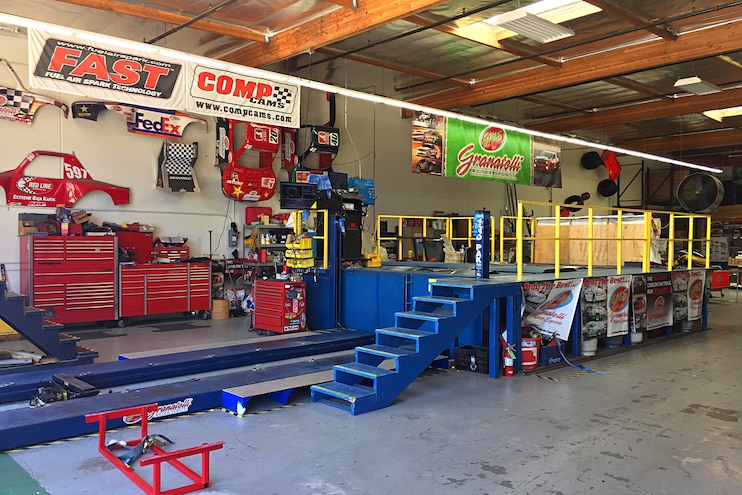 View Photo Gallery | 17 Photos
Photo 10/17   |   After installing the module, road testing for about 50 miles gives the computer an opportunity to adapt to the new settings. 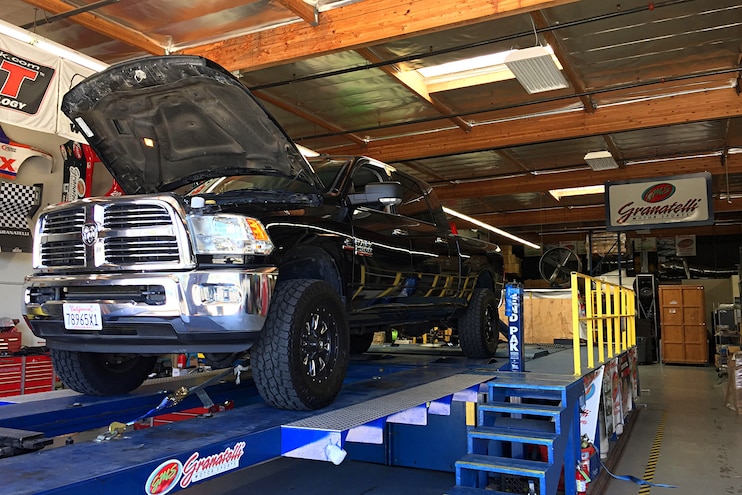 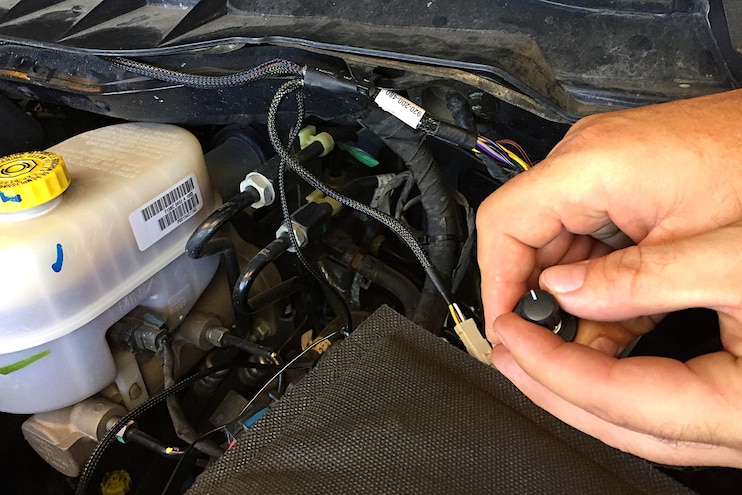 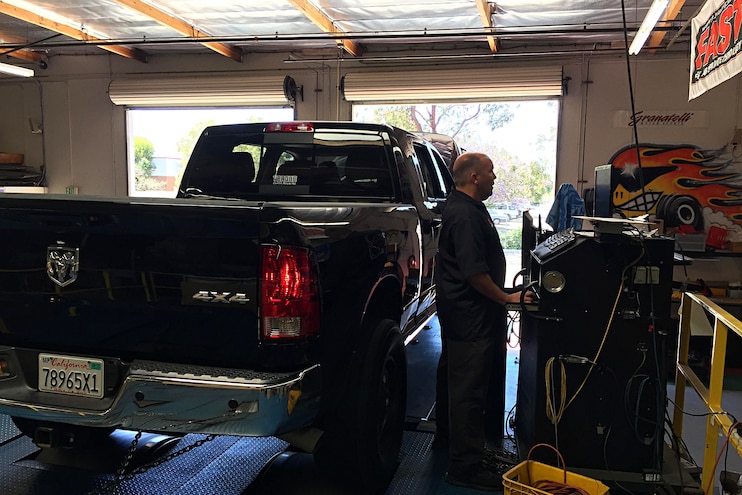 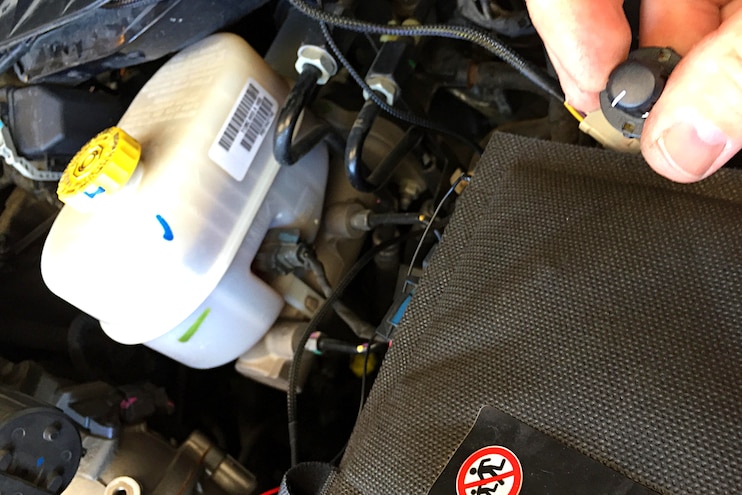 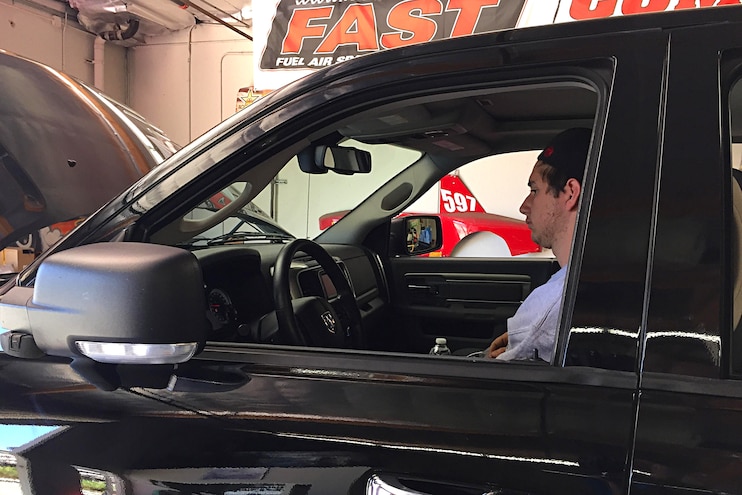 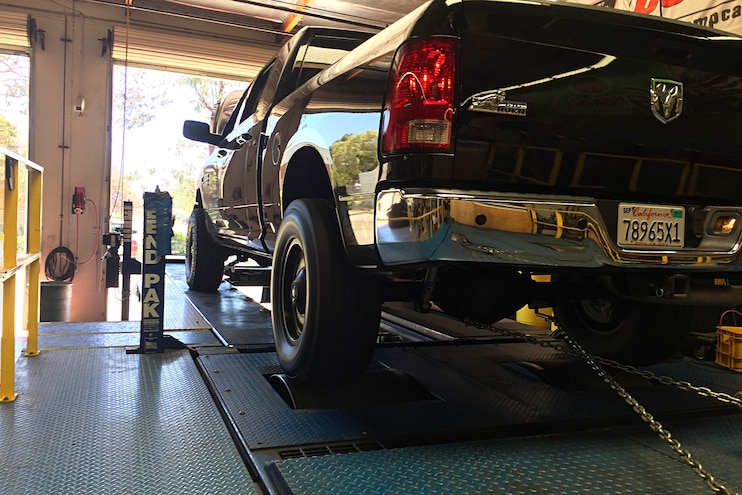 View Photo Gallery | 17 Photos
Photo 16/17   |   On the highest setting, the Stealth Performance Stealth MPG Series Module raised the stock 6.7L Cummins’ power and torque to an astonishing 389.9 hp and 917.6 lb-ft of torque. The 290 lb-ft boost in torque is very, very impressive for a plug-and-play programmer, and it can be hidden inside a truck’s engine compartment or cab and does not leave a “footprint” in the ECM whenever it is removed (in theory, at least). 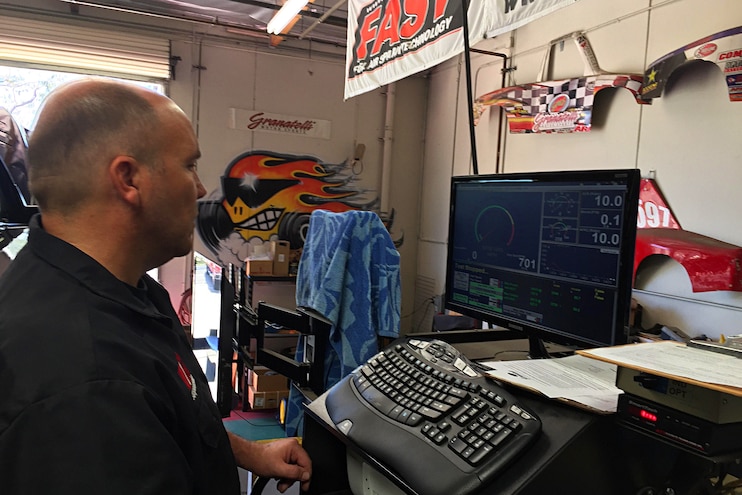 View Photo Gallery | 17 Photos
Photo 17/17   |   Stealth Module Joe Monitor
Undercover Performance
The Stealth Module’s simple installation and four performance levels make it an extremely user-friendly piece of technology. A huge plus is the fact that it is not supposed to leave any type of electronic footprint that may void a warranty or cause problems with repairs. However, the thing that impresses us most is the amount of power it unleashed from the unmodified 6.7L Cummins engine in Mike Pritchard’s ’13 Ram 2500 when used on the highest setting.
“High” increased the engine’s torque from 627 lb-ft to a whopping 917.6 lb-ft and raised horsepower from 327.6 to 389.9. That is an increase of 290 lb-ft and 62 hp. The module also produced respectable power gains with the Low (352.3 hp/648.8 lb-ft) and Medium (358.4 hp/663.1 lb-ft) settings.
The greatest improvement the module provides is the truck’s driveability. Gone are the turbo lag and sluggish acceleration it had during our initial road test. The turbo’s quicker spooling and the increased torque make the Ram feel more like a lightweight sport truck than a 7,000-pound crew cab. Mike reports he has also seen an increase in fuel economy in the time since the module was installed. When we asked Mike if he likes his truck’s performance with the Stealth MPG Series Module onboard, “It’s so much fun to drive now,” was his reply!