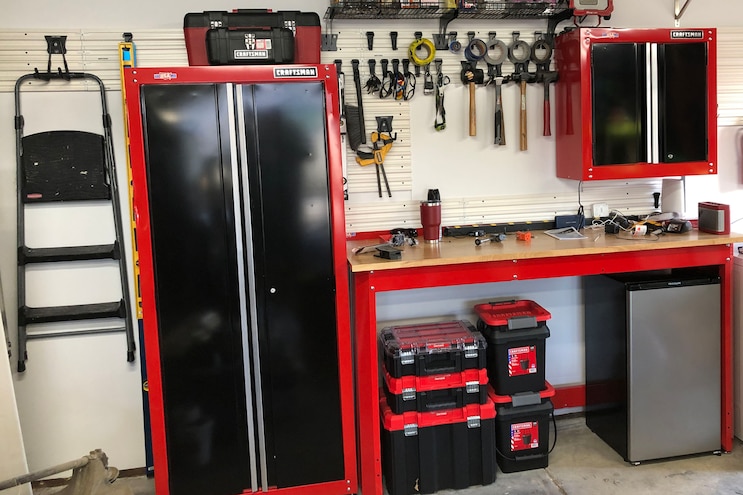 A lot of what we do around here is based around working on trucks and SUVs. Because of that, you'd think that we all have the most immaculate personal garages and shops around. Well, this author is ashamed to admit that his own Fortress of Solitude was quite the train wreck.

Like most garages, ours was unfinished, with bare studs showing all around. And when we bought the garage (it came with a house as well, but we all know which is more important), it had a cobbled-together workbench and shelf made of scraps from the 1970s. We made do for a quite a while, and built several trucks, but finally the time came to freshen things up.

What started as a simple pursuing through the new Craftsman catalog quickly snowballed. We ordered up several of the new Craftsman VersaTrack Trackwall system starter kits, a pair of 2000 series 28-inch-wide wall storage cabinets, a 48-inch-wide tall storage cabinet, and a new butcherblock top workbench. Then, before we knew it, we were trying our hand at hanging drywall. We can confidently rebuild an engine or suspension, but drywalling was not something we'd tried before. Afterall, we couldn't reasonably put the shiny new Craftsman gear in our dank old workspace.

View Photo Gallery | 15 Photos
Photo 2/15   |   While not complete, at this point we've made good progress on our workshop makeover. You can see the new Craftsman cabinets, workbench, and VersaTrack Trackwall.

The new Craftsman gear shipped disassembled via truck freight, and the shipper lost half of the first order, which set the project back months. Unless you find a retailer that offers assembly, the gear will all come disassembled, whether picked up at the local hardware store or shipped to you. Assembly wasn't particularly difficult; however, the bolts are small, and it takes a fair bit of patience to get assembled correctly. The larger pieces also need a second set of hands.

So far, we're quite pleased with our workshop transformation and the quality of these new Craftsman parts. We'll wrap up the upgrades in the next installment and get down and dirty with the VersaTrack Trackwall system itself; there's just too much good stuff to talk about in one sitting. 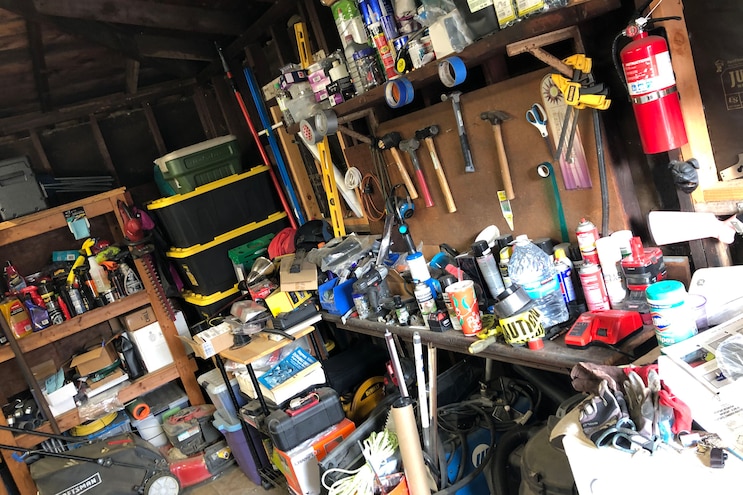 View Photo Gallery | 15 Photos
Photo 3/15   |   Well, this is embarrassing, but this is a safe place, right? Over the years our workbench had become more of a crap collector and less a constructive place for working on projects. Though, if we were to venture a guess, we'd imagine this is more normal than not.
We'll skip the drywalling tutorial and just say it's easier than you might think. We spent a few hours on YouTube watching tutorials then hit up the local hardware store. It cost us about $150 in supplies to drywall one 8x20 wall. After cleaning up the old workbench, and then demoing it, we set to work on covering the old studs. It took about two days for us to hang the drywall, tape and mud the joints, and then paint. 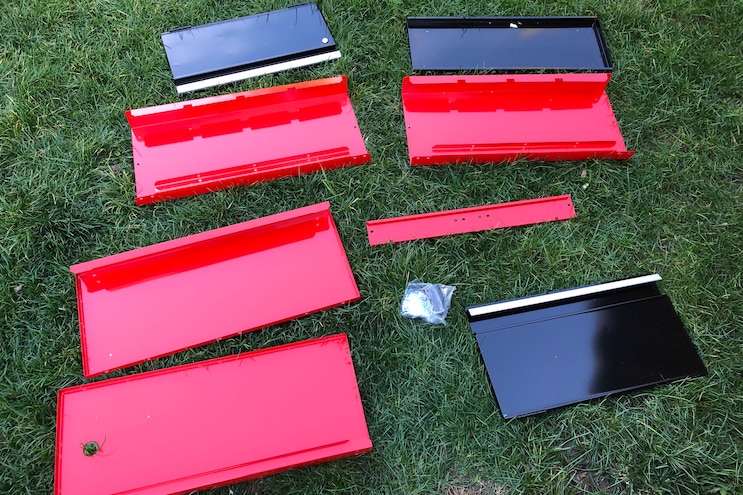 View Photo Gallery | 15 Photos
Photo 8/15   |   What you see here is one Craftsman Series 2000 28-inch-wide wall storage cabinet. It shipped in eight pieces with a bag of hardware. The assembly directions were easy to follow, and it took about an hour to put each one together. 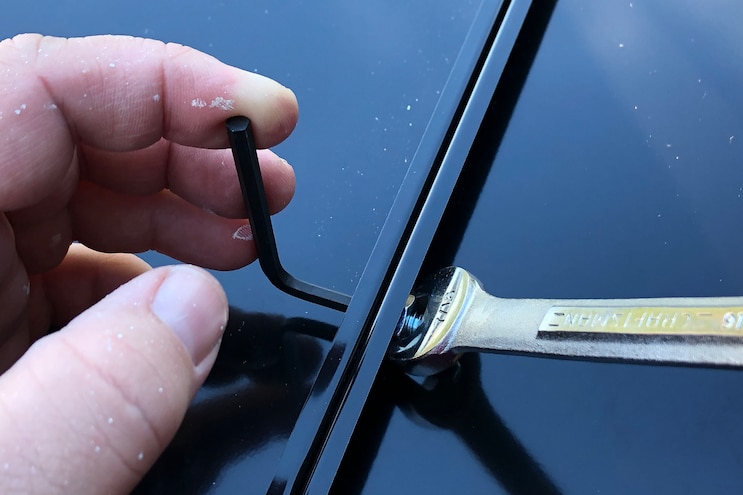 View Photo Gallery | 15 Photos
Photo 9/15   |   In the hardware kit is the appropriate Allen wrench, but you'll need to provide your own 7/16-inch box wrench. We used both a box wrench and a socket during assembly, as some of the bolts had different space requirements. 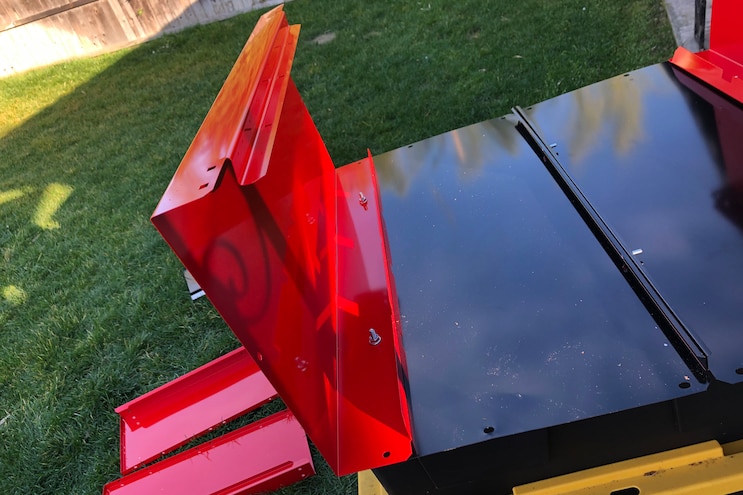 View Photo Gallery | 15 Photos
Photo 10/15   |   The two back pieces went together first, followed by the two side pieces. You may notice a dent on one of the side pieces; we had shipping damage on nearly every piece ordered. None affected assembly, but we'd suggest buying in-store if possible, so any damage can be quickly exchanged. 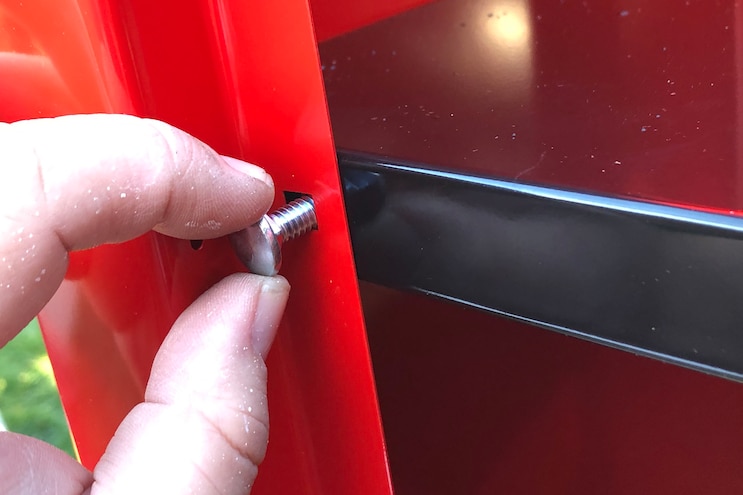 View Photo Gallery | 15 Photos
Photo 11/15   |   In addition to the Allen-head bolts, carriage bolts are also used. These bolts fit in the square holes that are visible when the cabinet is complete, giving it a nice, finished look from the outside. 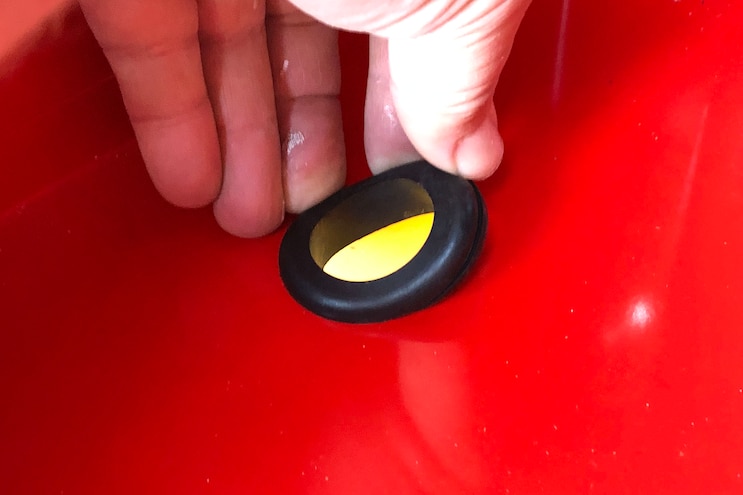 View Photo Gallery | 15 Photos
Photo 12/15   |   There were lots of small details that really add to the quality feel of these new Craftsman cabinets. Not least among them, the protective rubber grommet for the power cord passthrough hole. 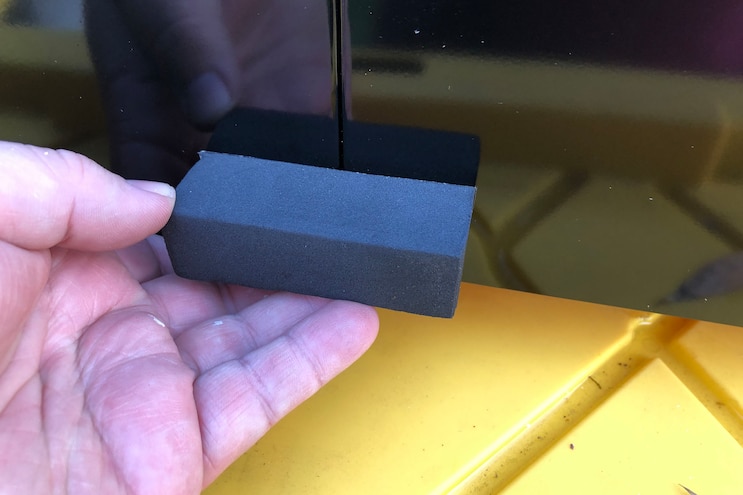 View Photo Gallery | 15 Photos
Photo 13/15   |   Another feature that makes these wall cabinets cool is their ability to be hung on Craftsman's new VersaTrack Trackwall. Instead of screwing to a wall stud, they hang on the VersaTrack, which means they can be placed in nearly any position on a wall. For hanging on a VersaTrack, Craftsman provides foam rubber bumpers for the bottom of the cabinets, allowing them to hang level and not damage the wall. 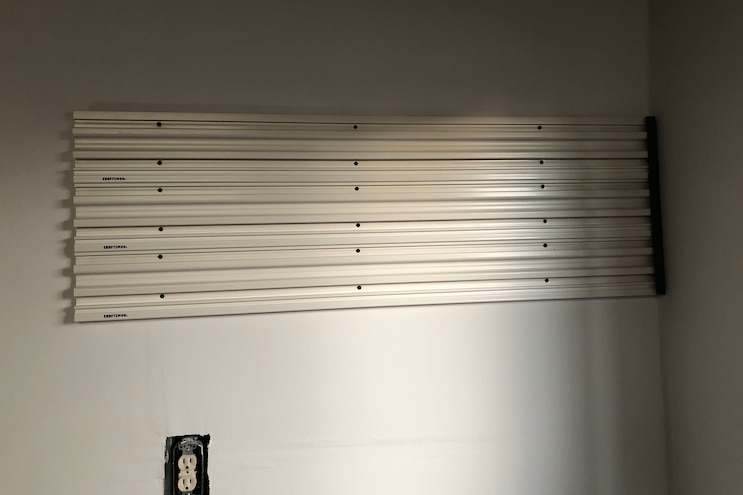 View Photo Gallery | 15 Photos
Photo 14/15   |   The Craftsman VersaTrack Trackwall system consists of the 4-foot rails and dozens of accessories that attach to them. With the rails secured to studs they can support up to 75 pounds per linear foot of rail. Which means, in theory, each 4-foot rail can hold 300 pounds of stuff. 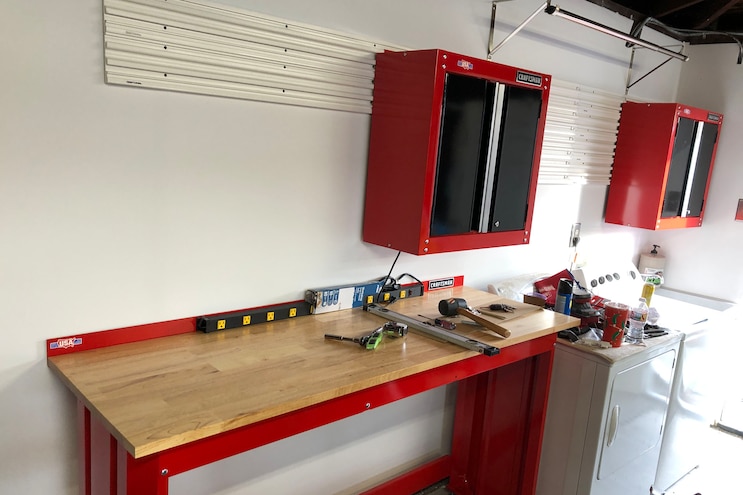 View Photo Gallery | 15 Photos
Photo 15/15   |   We'll dig deeper into the VersaTrack Trackwall system in the next installment. But for now, you can see we've made decent progress in transforming our workspace into something a bit more tasteful. Unfortunately, we're still stuck with a washer and dryer in our shop, but really, they just become an extension of the workbench (and a source of marital arguments about said workbench extension).