Topping off the bed of our Toyota Tacoma in style. Truck bed caps have been around nearly as long as trucks have had beds. Although caps don't make sense for every situation, they have been growing exponentially in popularity in the recent years. As more and more people use pickups as daily drivers and kid haulers, the need for an open bed becomes less, and bed caps make more and more sense. Bed caps, also known as bed toppers or camper shells, allow owners to store gear in their truck's bed while keeping these items out of the elements. Truck caps also provide a level of security as they are both lockable and prevent prying eyes from snooping around.

Looking to add this type of utility to our Toyota Tacoma, without breaking the bank, we opted for the new Rebel bed cap from SnugTop. SnugTop began making truck bed caps in 1965 and has been an OE supplier since 1979. SnugTop builds all of their truck bed caps in the USA, at the company's 5-acre facility in Long Beach, California.

We chose the Rebel out of SnugTop's line of 13 different bed caps because of its sleek style, good list of options, and affordable price point. The Rebel has aluminum-framed glass sliding window with mesh screens, a hidden mounting system, wrap-around fiberglass railing, multiple roof rack options, a carpeted headliner, LED interior light, and much more. The Rebel also comes painted to match the truck, at a price of about $2,400.

Because each cap is made to order—some dealers keep a limited supply of basic caps on-hand—it took about four weeks from the time we placed our order until its arrival at South Bay Truck Tops & Accessories in Torrance, California. The installation went quick, and the talented crew at South Bay Truck Tops had us back on our way in no time.

So far, we've been thoroughly enjoying our SnugTop Rebel. It looks great and matched the body lines of the Tacoma nicely. It keeps our gear clean and secure, and we get compliments everywhere we go. 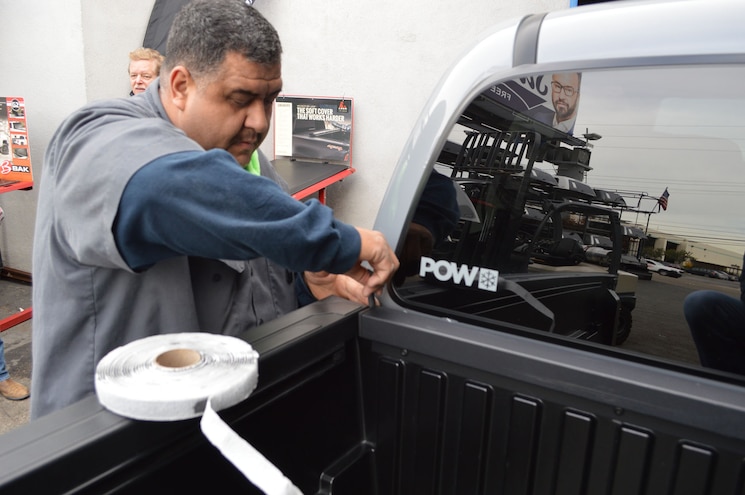 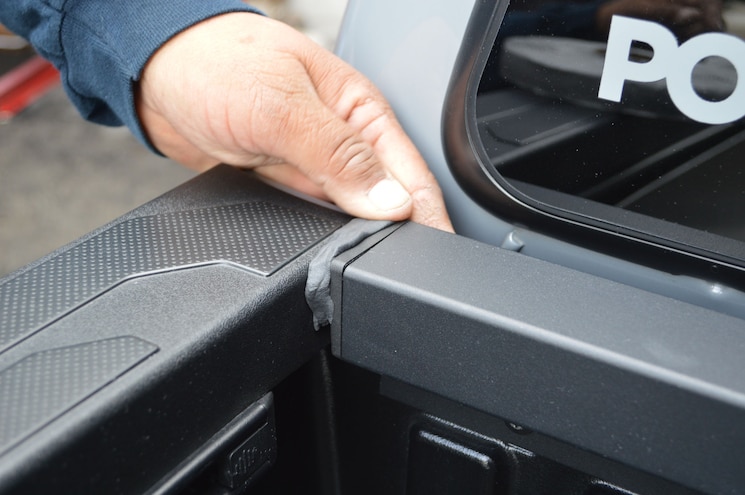 View Photo Gallery | 18 Photos
Photo 4/18   |   Seen here, foam is applied to the various cracks, gaps, and crevices along the truck's bed rail. This will help keep water out of the bed once the cap is installed. 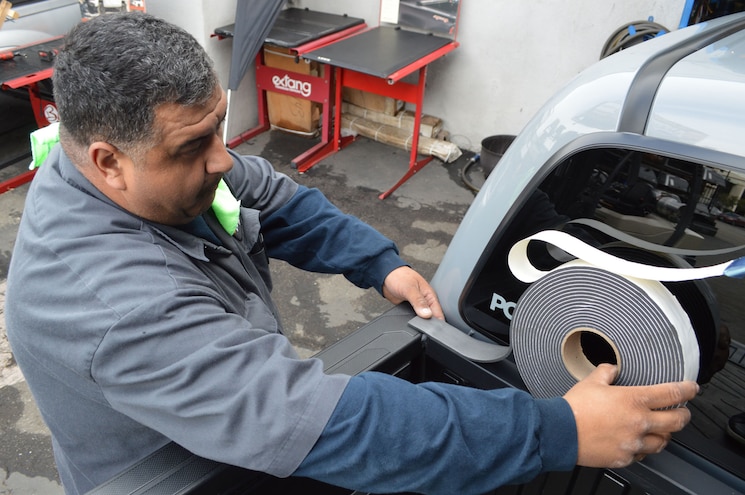 View Photo Gallery | 18 Photos
Photo 5/18   |   Once the cracks are taped, foam is applied along the length of the bed rails. 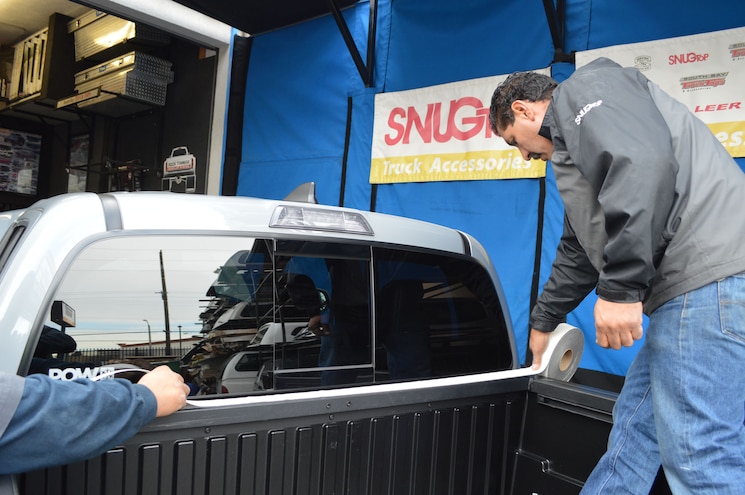 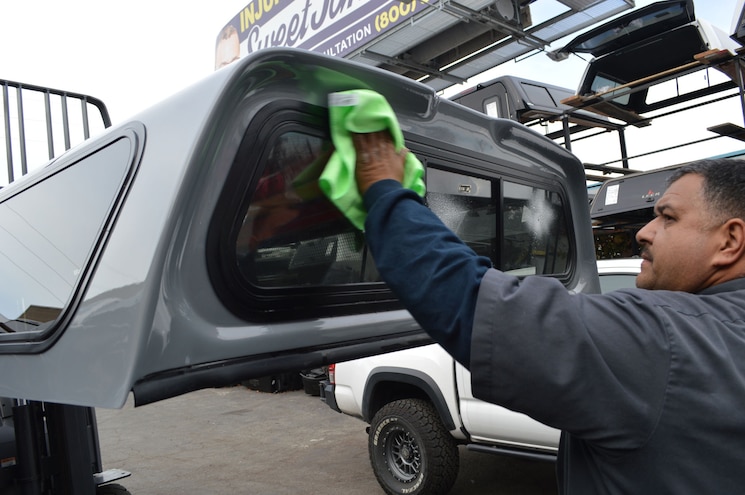 View Photo Gallery | 18 Photos
Photo 7/18   |   It's a good idea to give the windows a really good cleaning prior to installing the bed cap. Getting to the truck's rear window and the outside of the cap's front window can prove difficult with the cap in place. 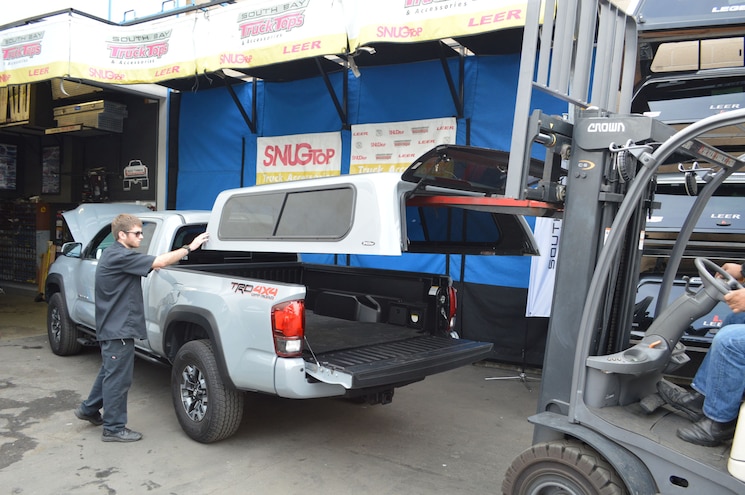 View Photo Gallery | 18 Photos
Photo 8/18   |   Because the fiberglass truck caps weigh about 200 pounds, the crew at South Bay Truck Tops uses a specially outfitted forklift to place the cap on the truck's bed with precision. 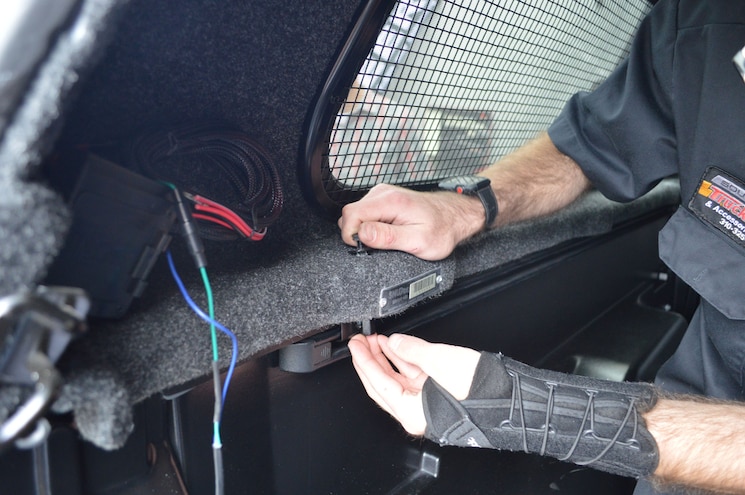 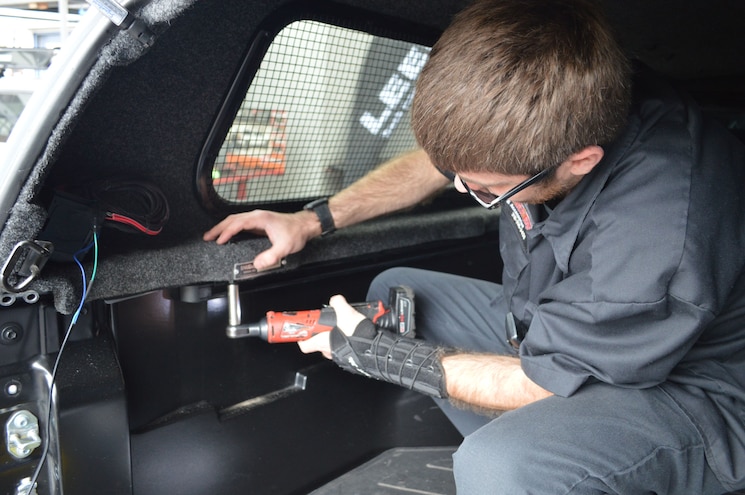 View Photo Gallery | 18 Photos
Photo 10/18   |   The built-in clamps are snugged tight with an electric ratchet, and then torqued to spec. The Rebel truck cap uses three clamping locations on each rail to secure it to the truck bed. 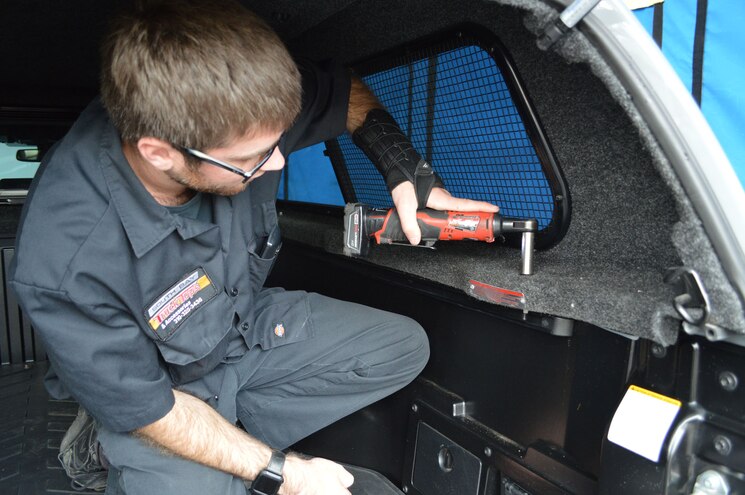 After the cap is installed on the truck it's time to wire the high-mount stoplight, the cap's interior LED light, and auxiliary 12-volt and USB ports. To start the install, the driver side brake light is removed. Wires are routed from the cap, through the bed, and to the backside of the taillight. A tap is used to activate the cap's brake light. 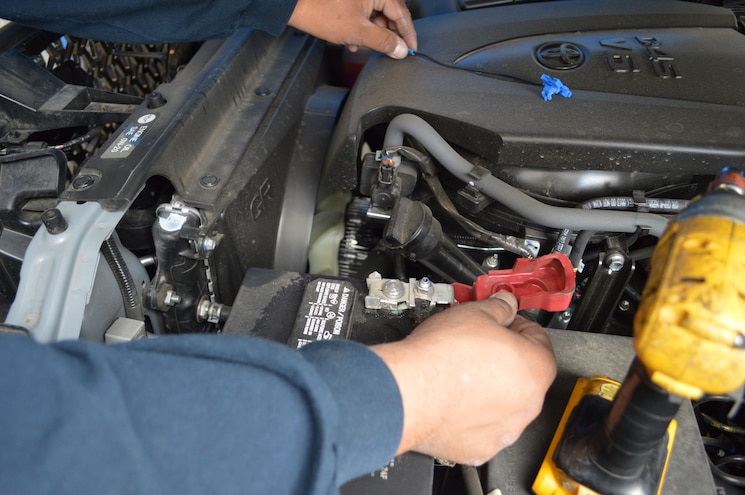 View Photo Gallery | 18 Photos
Photo 16/18   |   Power for the interior LED light and accessory ports is provided by a separate wire ran to the cap from the battery. The crew ran the power wire under the truck, through the wire trough under the door sill, and into the engine bay where it was connected to the truck's battery. 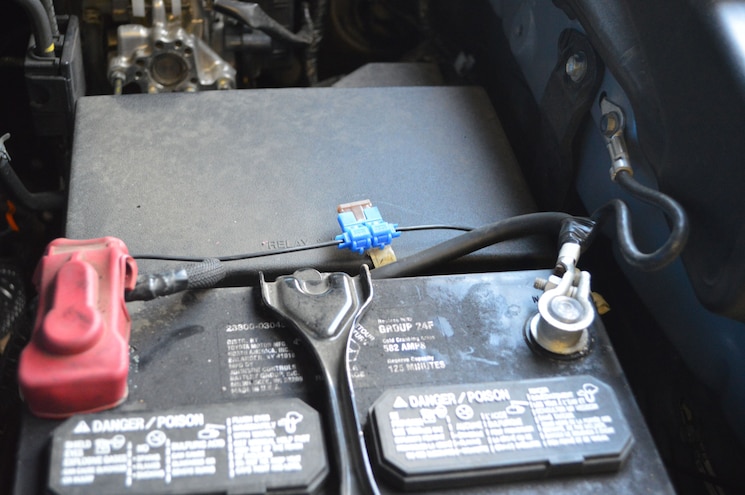 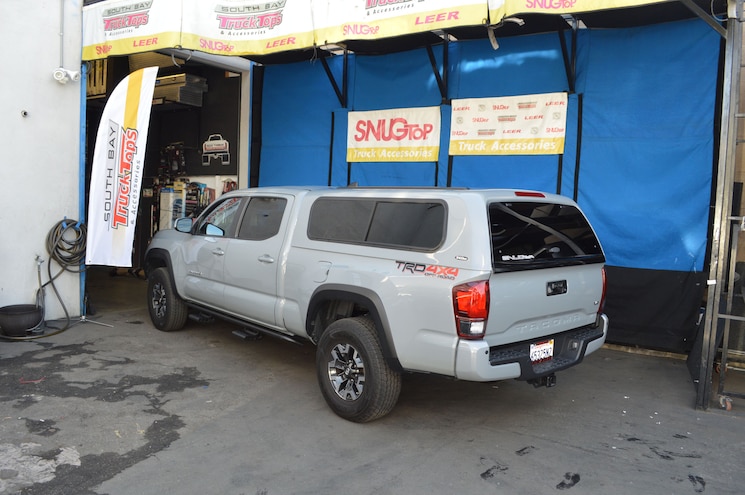 View Photo Gallery | 18 Photos
Photo 18/18   |   Installing the cap took about two hours, including wiring. The crew at South Bay Truck Tops installs so many that they have the process down to a science.