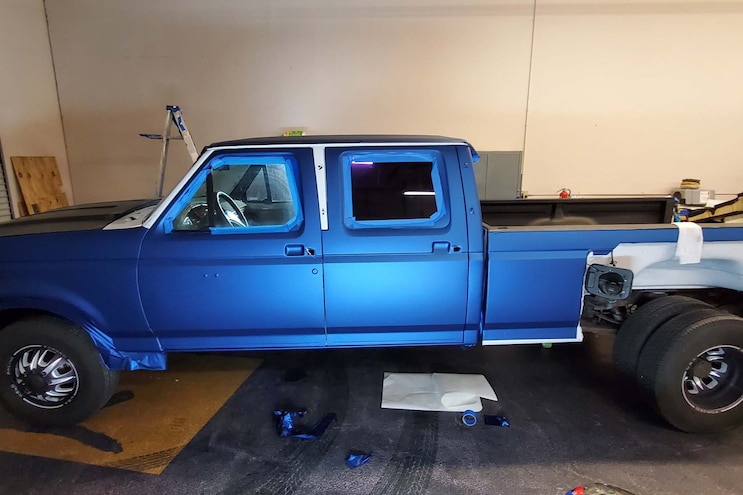 It's 2021 now, and our long-running project—refreshing Project BluMajik's (a 1995 Ford F-350 dually) appearance with vinyl-wrap color change—made major strides toward completion during the 2020 holiday season.
Although many companies shut down during the week between December 25 and January 1, the Raceskinz team of Mike and Tirell Smith, Adrian Quintanilla, and Tyler Frost made their way to the shop in Simi Valley, California, and spent quality time with the dually instead of relaxing at home.
Using Avery Dennison Graphics Solutions vinyl, Raceskinz is changing the truck's color from its stock Ultra White to Blue Metallic, with Frosty Blue and Gun Metal trim.
Related Articles
Becoming BluMajik
Many readers asked about Project BluMajik's door jambs and whether they get wrapped. The answer is no, they do not get covered. However, in the video that accompanies this report, Mike demonstrates how vinyl is placed, manipulated, and trimmed at the jambs, so white is not visible when doors are closed.
He also explains how to properly apply vinyl in the transition area between the cab and bed, as well as on the roof of an old bodystyle Ford truck. 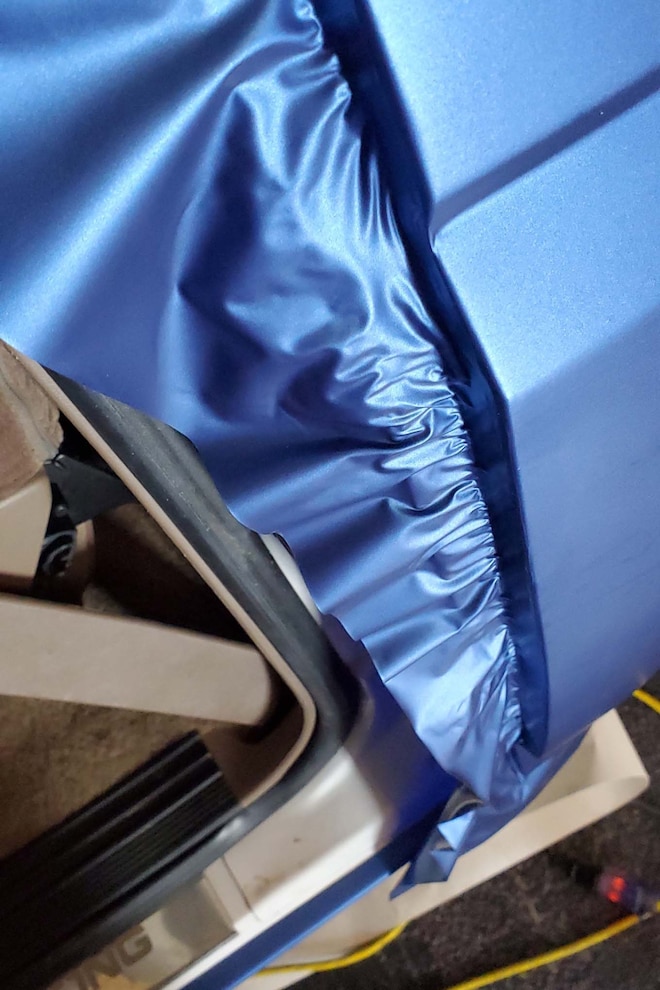 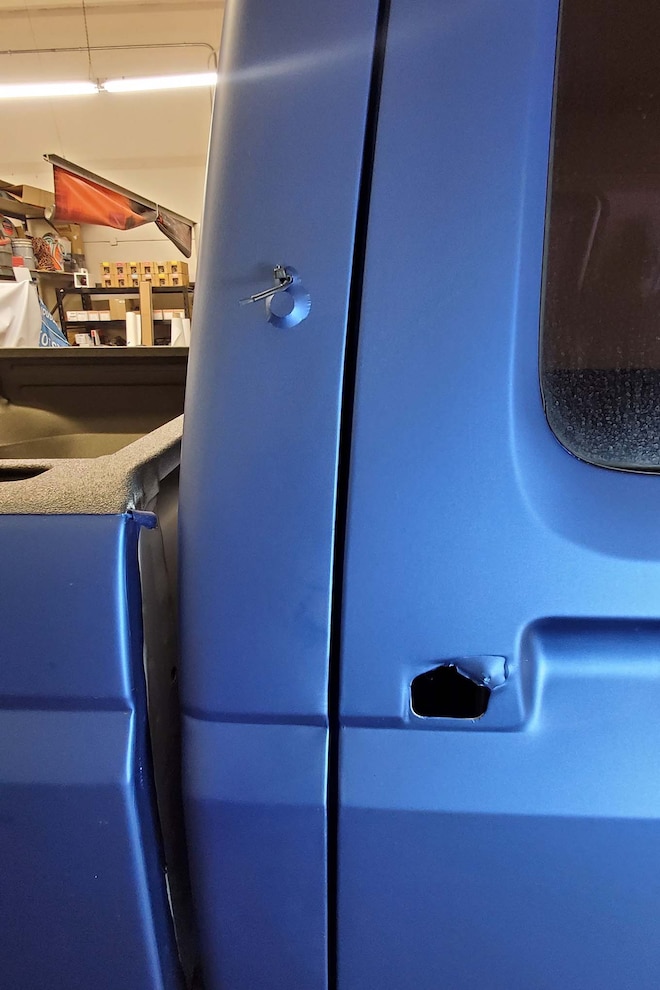 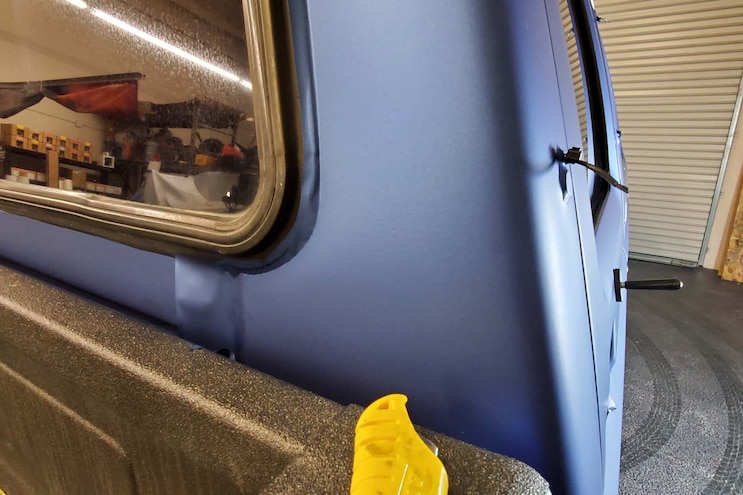 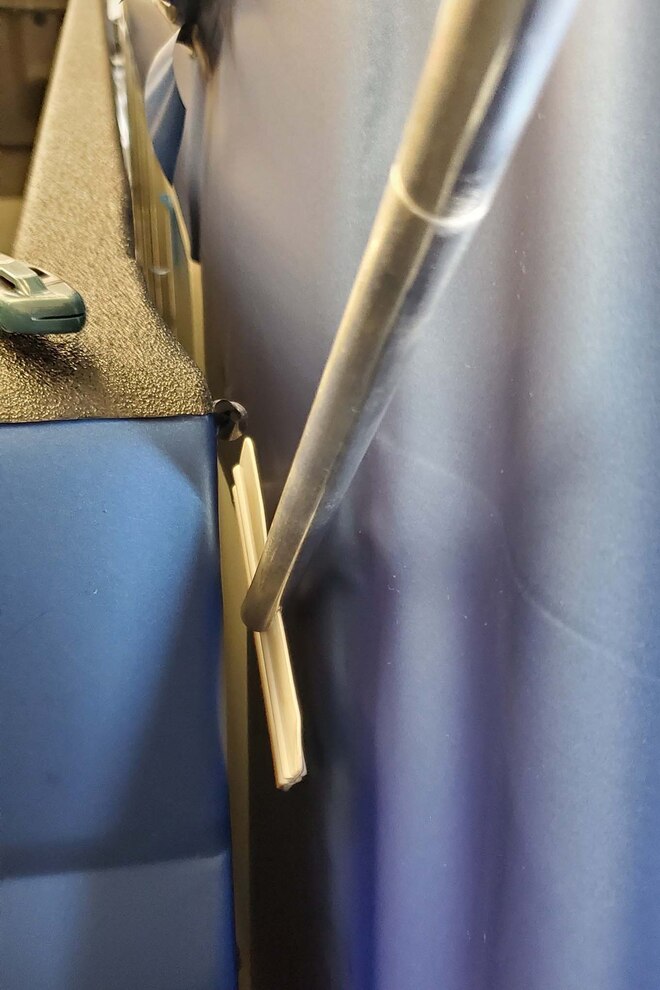 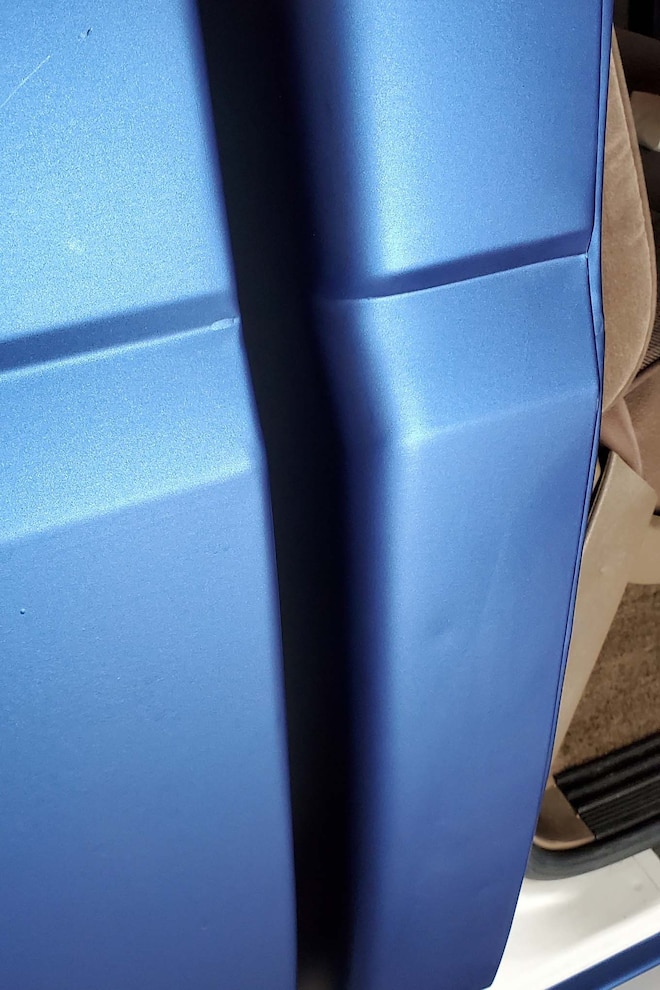 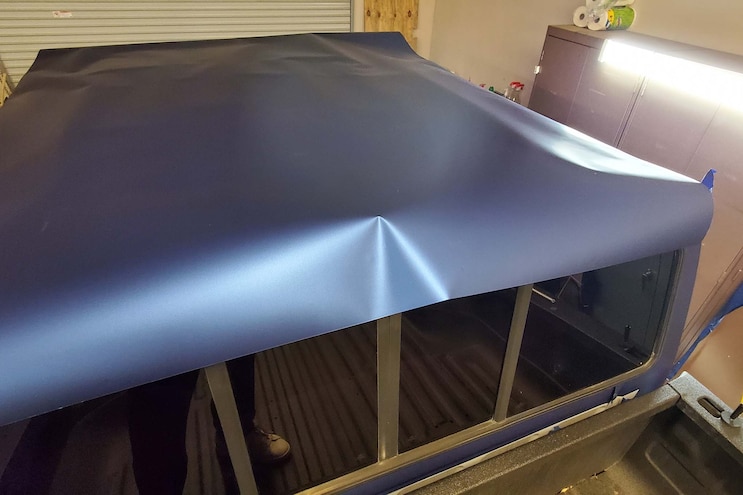 View Photo Gallery | 8 Photos
Photo 8/8   |   008 P Project Blumajik Update
The final video gives followers an overall look at Project BluMajik as of January 8, 2021, and details on Raceskinz next steps in the color-change effort.
Since 2019, we have been steadily modifying and improving our 1995 Ford F-350 crew-cab dually. It is an effort to rejuvenate the older rig, bringing it into the new age, both functionally and with its appearance. Simply typing "Project Big White" and "Project BluMajik" in this website's search area will provide you with stories detailing the transformation.
Sources
Avery Dennison Graphics Solutions
(800) 282-8379
http://www.graphics.averydennison.com
CP Addict
(409) 383-6004
http://www.cpaddict.com
Mayhem Wheels
http://www.mayhemwheels.com
Raceskinz
(818) 945-7764
http://www.raceskinz.com
Toyo Tires
http://toyotires.com