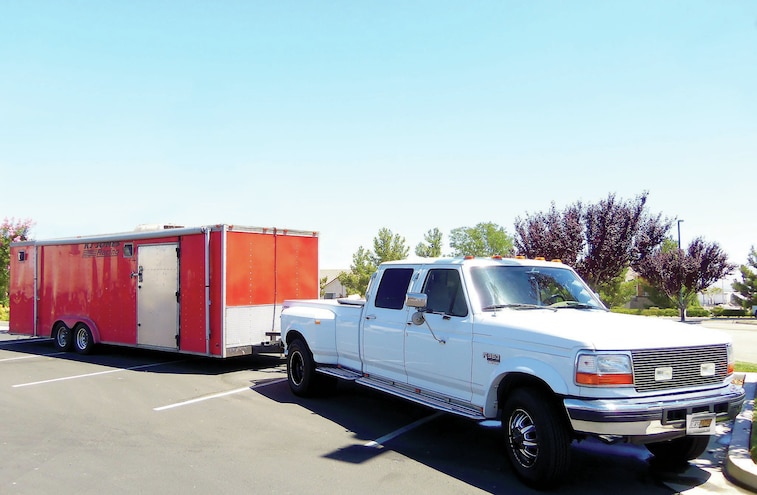 Singing high praises of the mega-powered diesel trucks so many of you create or conceptualize is one of the things we really enjoy doing. Let’s face it, a lot of blood, sweat, tears and hard-earned money is invested in making both old and new rigs completely and totally awesome—and we’re glad we’re able to provide Diesel Power as an outlet for showcasing Ford, Ram, and GM badness.
Of course, getting down to the mechanics and technical aspects of diesel truckin’ is another big part of our gig. And, while we typically try and detail upgrades that are brand specific, there are occasions—like this one—when we’re able to give you the lowdown on a modification that is applicable for any pickup truck and trailer combination on the road.
With towing being the theme of this February issue, we think it’s appropriate and timely to highlight a new weight-distribution-bar/sway-bar system that was brought to our attention by the folks at Husky Towing Products. 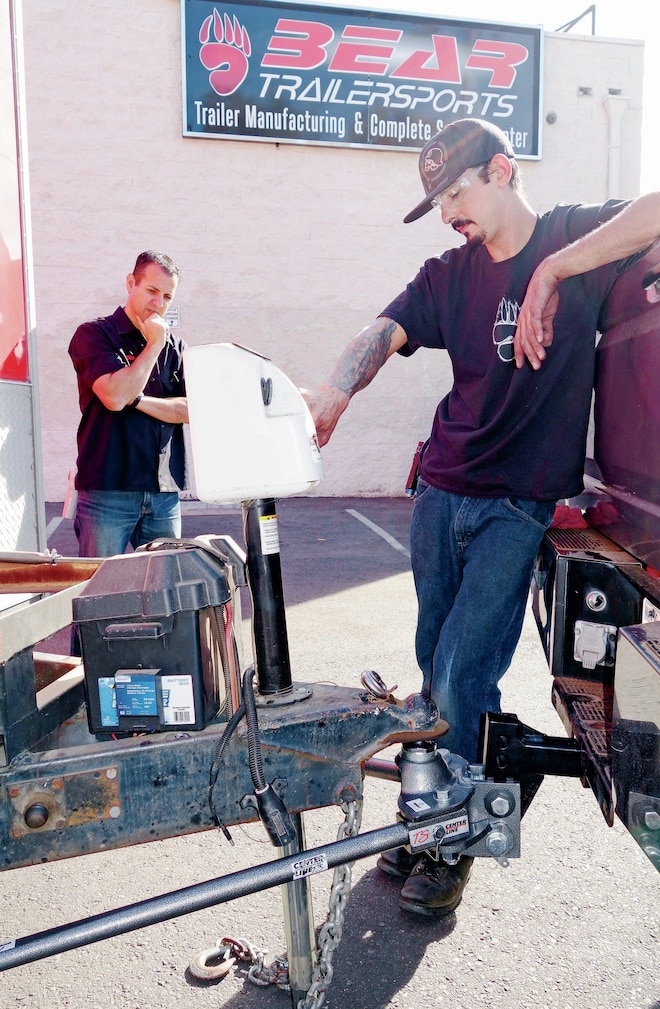 View Photo Gallery | 23 Photos
Photo 2/23   |   Electric Trailer Lift
There’s nothing worse than towing…or attempting to tow…a trailer that won’t stay straight behind the truck—especially at freeway speed—swinging from left to right, in sometimes-wild, definitely unnerving oscillations better known as “sway.” The phenomenon is caused by side forces against a trailer (natural wind, “bow wind”/vacuum created by passing trucks, uneven pavement, and so on), which are typically much greater than the forces on the vehicle that’s pulling it.
The manner in which weight is distributed between the two also plays a critical role in a towing setup’s maneuverability. When the weight on the hitch is too excessive, the rear of the truck sags and the front tires’ contact with the road surface decreases. In a perfect world, a trailer’s tongue weight should be distributed as evenly as possible between the trailer’s axles and the axles (both front and rear) of the tow vehicle.
The trailer-to-truck coupling—at the hitch (and hitch ball)—is like a proverbial hub for sway, as it is the pivot point for weight distribution and all of the unequal forces that affect a setup. To control excessive movement, devices such as frictional sway bars (which help create a more unified feeling between the tow vehicle and trailer) and weight-distribution bars (which are designed to “lift” weight off of the hitch) are highly recommended.
While the majority of these systems are of “five-piece” configuration (primary pieces—shank, head assembly, two spring-steel bars, and a frictional sway-control bar), Husky’s Center Line TS is a four-piece unit. It features a shank and a head assembly, but it also incorporates sway control and weight distributing into just a single pair of spring-steel rods that are appropriately called “spring bars.”
With the help of Blaine Kolarik, a master hitch technician at Bear Trailersports, we’re installing the new kit from Husky on Big White, your editor’s ’95 Ford F-350, and his 26-foot, enclosed car hauler.
Read on through the following photos and captions for highlights of the bolt-on process, which requires only sockets and wrenches (some much larger than a basic 9⁄16-inch), and approximately three hours to accomplish. 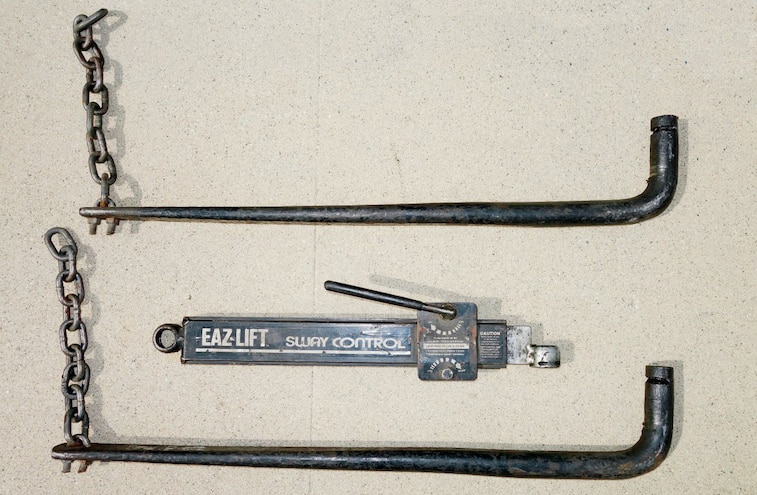 View Photo Gallery | 23 Photos
Photo 3/23   |   Here’s a look at our OG weight-distribution and antisway setup. While the combination did serve us well for many years, installing the heavy, antiquated bars (and keeping up with all the blasted pins and clips they need) has become somewhat burdensome, and we’ve noticed the stabilizers are not as effective as they have been (and they’ve become a lot noisier). The bottom line is, this system really has seen better days, so we’re replacing it with Husky Towing’s all-new Center Line Towing System.