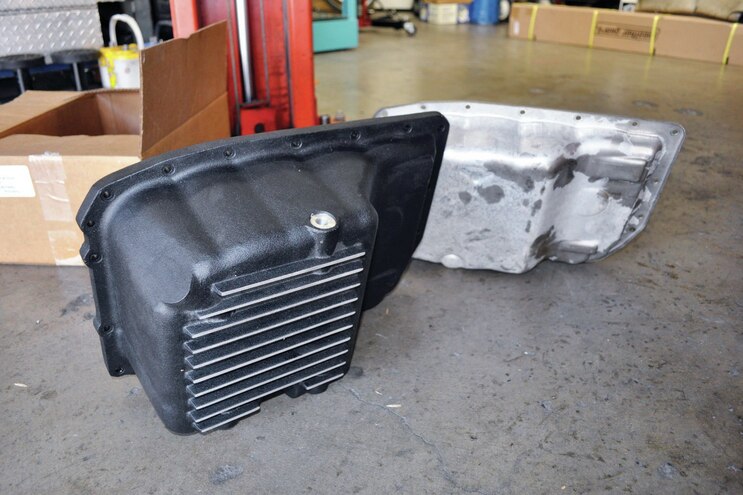 High temperatures will damage, and eventually, destroy just about any mechanical machine. Be it an engine, transmission, differential, or the washing machine at home, excess heat will kill them all. Unfortunately for the General’s somewhat new automatic transmission, we’ve learned that high transmission temperatures are commonplace. During testing, using a 2012 Chevy Silverado equipped with the six-speed 6L80E, we’ve seen temperatures hit 250 degrees on multiple occasions.
To fight these high temperatures, we turned to a larger transmission cooler first. It helped, but we needed more. The winning combo is to upgrade both the cooler and the transmission pan. As this issue goes to print, a pan for the 6L80E could only be had from PML Incorporated out of Inglewood, California.
The new transmission pan from PML is larger, holding an extra 2 quarts of fluid. This extra capacity means the transmission has more fluid to keep it cool. The fluid still gets hot, but it takes much longer to get there. This allows the cooling system more time to work on maintaining temperatures at safe levels. The PML pan also has cast-in cooling fins. These fins act as a second cooling method, helping shed excess heat. The strong cast-aluminum construction of the pan itself also helps add case strength to the transmission and seals better than the factory stamped-steel pan.
With our new PML transmission pan and a case of AMSOIL ATF in hand, we picked up our Carson Trailer, went for a long drive to record some before temperature numbers, and headed to our local shop for the install. 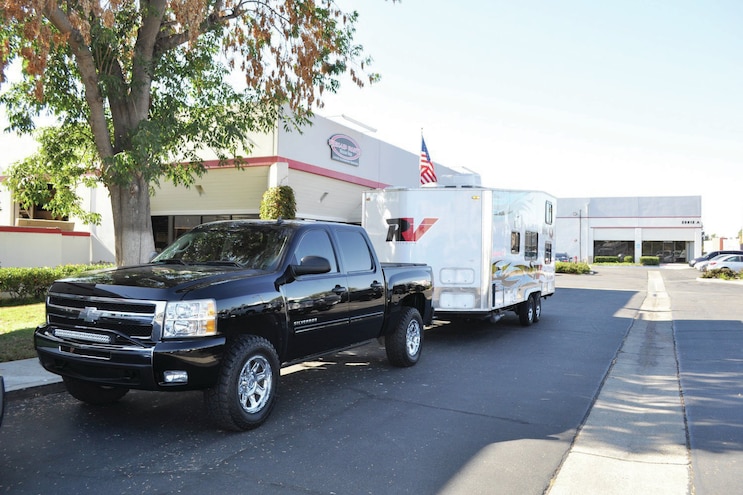 View Photo Gallery | 9 Photos
Photo 2/9   |   1: We hooked the Chevy to our Carson Trailer for before and after tests. 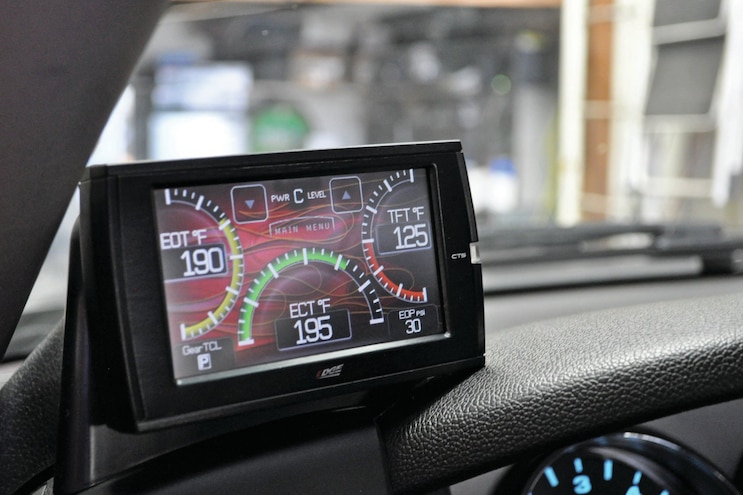 View Photo Gallery | 9 Photos
Photo 9/9   |   8: Our testing route took us on a 26-mile loop, up and down 6-percent grades the whole way. On the final hill where we noted our temperatures it takes about 10 minutes to reach the summit at 55mph. Before the PML pan, our transmission temperature measured 159 degrees at the base of the hill and 210 degrees at the top. Once over the top and coasting down the backside, the temperature continued to rise, hitting 218 degrees before starting to cool down five or six minutes later. With the PML pan, our temperature was 160 degrees at the base and 192 degrees at the summit. That’s a pretty decent difference, but what was really fun was how quickly it cooled back down. Almost immediately after cresting the hill, the temp began to drop, more than 5 degrees in about a minute. Impressive.

- OF
By Adam Blattenberg
87 Articles