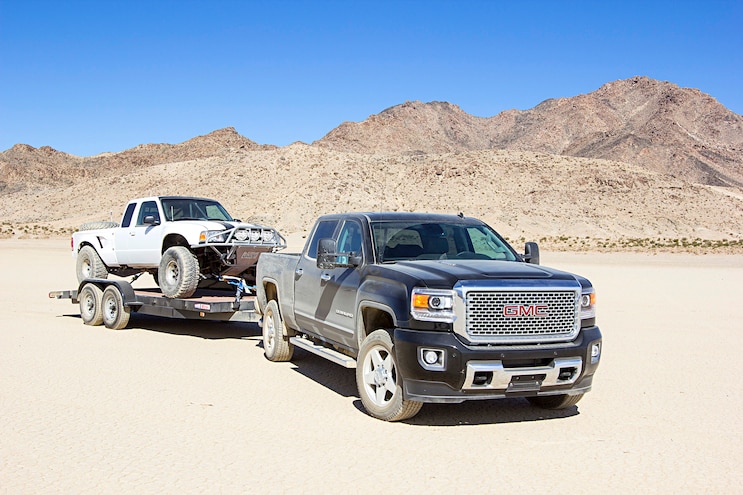 Choosing replacement tires for your trailer is a purchase that can be fraught with indecision, often caused by lack of available information. The most common question we hear is, “What’s the difference between bias ply and radial tires?” And then the follow-up of, “Well, which is better?” Unfortunately, this is a much more complex question than it would appear on the surface, one that is complicated further by the fact that most utility trailer manufacturers install bias ply tires at the factory while travel trailers typically get radials. To decipher the differences, we’ll start by taking a look at the basic tire construction.
At the core, the terms “bias” and “radial” are references to the angle at which the steel belts cross the tire carcass. Bias ply tires, sometimes referred to as cross ply, utilize body ply cords that extend diagonally from bead to bead. These cords, made up of a combination of polyester and steel, cross the tire at a 32-degree angle to the direction of travel with successive plies laid at opposing angles forming a crisscross pattern. Radial tires are built with these cords running at a 90-degree angle to the direction of travel, across the tire body from bead to bead.
What this means is that while the functionality of the each tire remains the same, how it reacts to rolling down the road is vastly different. Radial tires tend to flex more than their bias ply brethren, which provides for better traction, stability, and tread wear. Radials also tend to run cooler—especially under load. And since excess heat is the top killer of tires, you can see how that provides an advantage in longevity. Conversely, bias ply tires tend to have stiffer sidewalls than their radial counterparts, which provide a distinct benefit in agriculture and other harsh environments. Bias tires also tend to be less expensive, though the price gap has shrunk significantly in recent decades.
Practically speaking, there are a couple of applications in which each tire will be in its element, so to speak. If your trailer sees mostly country roads, slow speeds, rough or unpaved roads, or infrequent use, then bias ply tires may be the way to go. However, if your travels take you down larger highways, at higher speeds, for longer distances, and more often, then a radial would be your tire of choice. A perfect example of each would be a utility trailer on a ranch running bias tires and a large travel trailer cruising the nation’s highways on radials.
That said, we’d be remiss if we didn’t point out that regardless of tire construction, there are a few other important factors that contribute to the towing quality of your trailer and longevity of its tires. First are mismatched tires, either in size, brand, age, or build type. It is important to never mix bias and radial tires on the same trailer. Likewise, tires should be of the same size and load rating on all axles and inflation should be checked before each outing. Just like with trucks, brand and age should be the same, when practical. Lastly, make sure your tires have the proper load rating for what you’re hauling and never overload the trailer. Following these simple guidelines will help ensure a long, happy life for your tires and less time fixing blowouts on the side of the highway for you.
So, that’s it in a nutshell. The difference between bias and radial trailer tires is not a huge mystery—it’s all in the construction. And the question of which is best comes simply down to that of usage. Happy trailering! 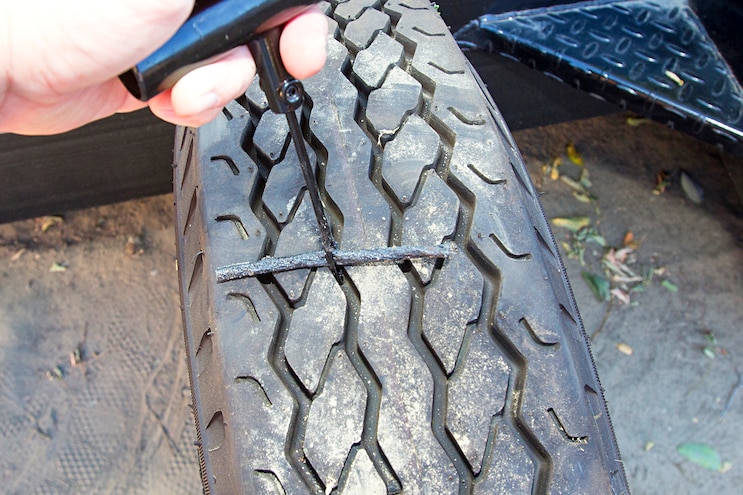 View Photo Gallery | 8 Photos
Photo 3/8   |   Bias Ply Super Trail Tires Tread
2. The bias ply Super Trail tires worked OK, but they had a narrow tread pattern that had a very simple design. This is common of bias ply trailer tires. While these should work well off-highway, on our first trip one took a nail square to the tread, requiring a plug. 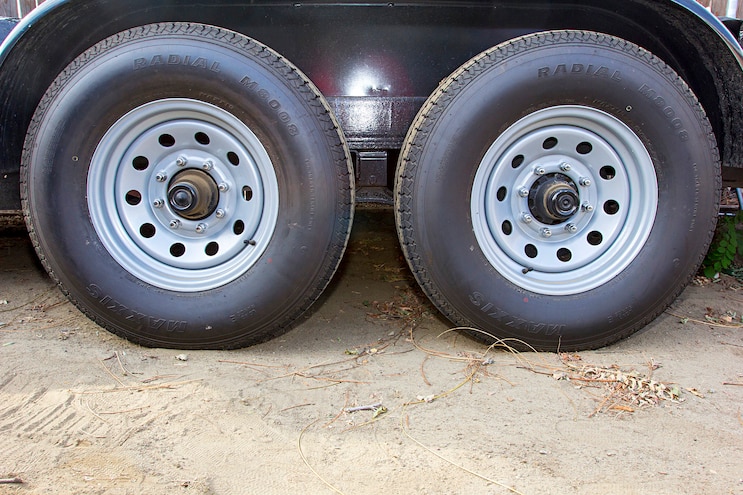 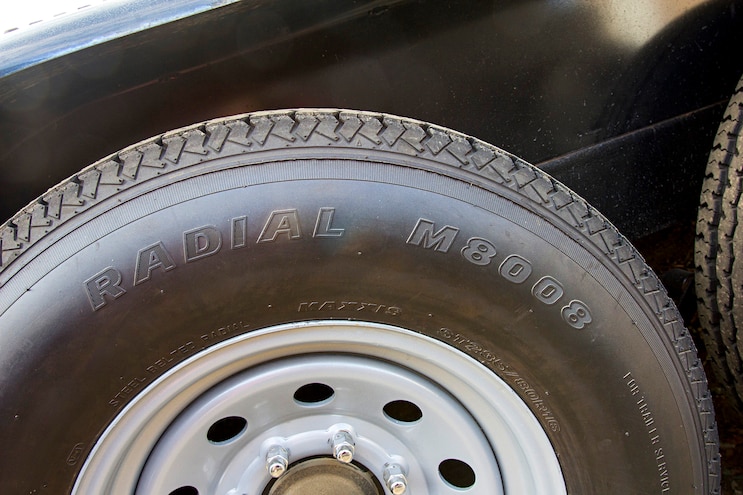 View Photo Gallery | 8 Photos
Photo 5/8   |   Maxxis M8008 Tires
3. One of the best options on the market for direct-replacement ST radial trailer tires is the Maxxis M8008. Since our trailer was destined to spend a lot of time traveling the highway at speed, we promptly upgraded from the bias ply tires to a set of ST235/80R16 radials. These tires from Maxxis carry a maximum load rating of 3,420 pounds per tire, exceeding that of both our axles and the bias Super Trails. 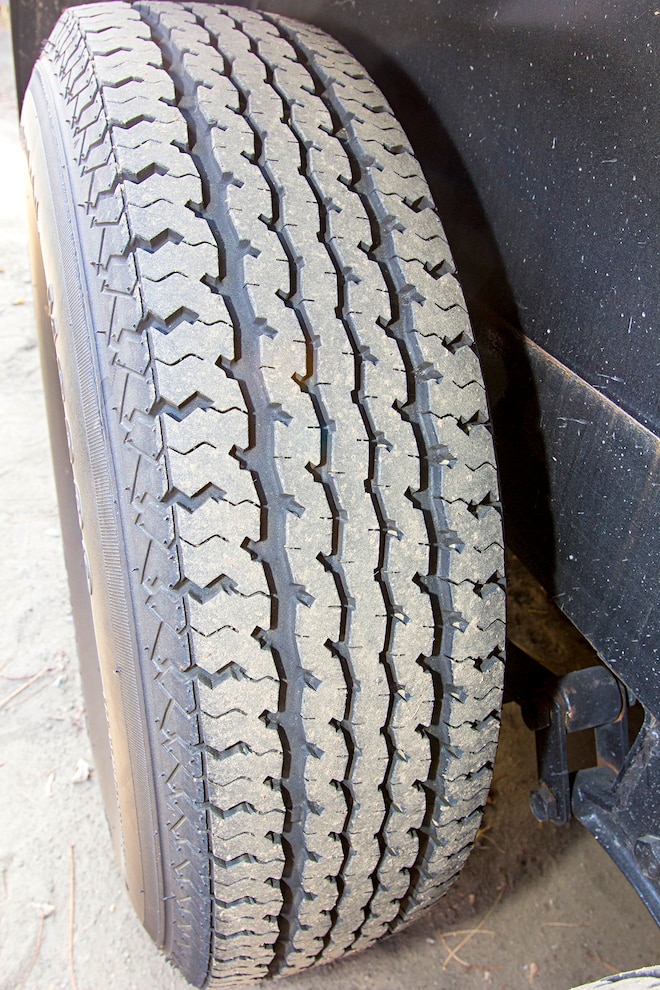 View Photo Gallery | 8 Photos
Photo 6/8   |   Maxxis M8008 Tire Treads
4. Here you can see the Maxxis M8008 tire’s tread pattern is more akin to what you would find on a pickup, with deep tread grooves and ample siping for good wet weather traction and long life. 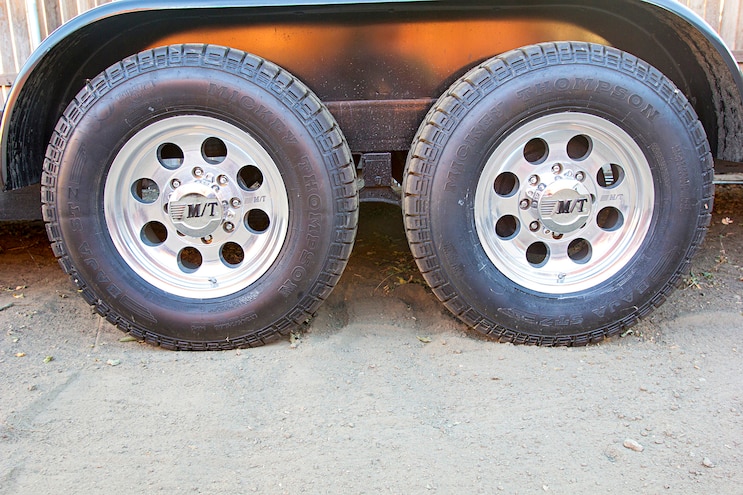 View Photo Gallery | 8 Photos
Photo 7/8   |   Mickey Thompson Baja Stz All Terrain Tires
5. In addition to the M8008s, we mounted up a set of LT245/75/16 Mickey Thompson Baja STZ all-terrain tires. Carrying a load range E rating, these tires can carry 3,042 pounds apiece, which, while less than either of the other trailer-specific sets, is still above our trailer’s axle rating. This is a prime example of the load rating reduction that fuels the ST versus LT debate. 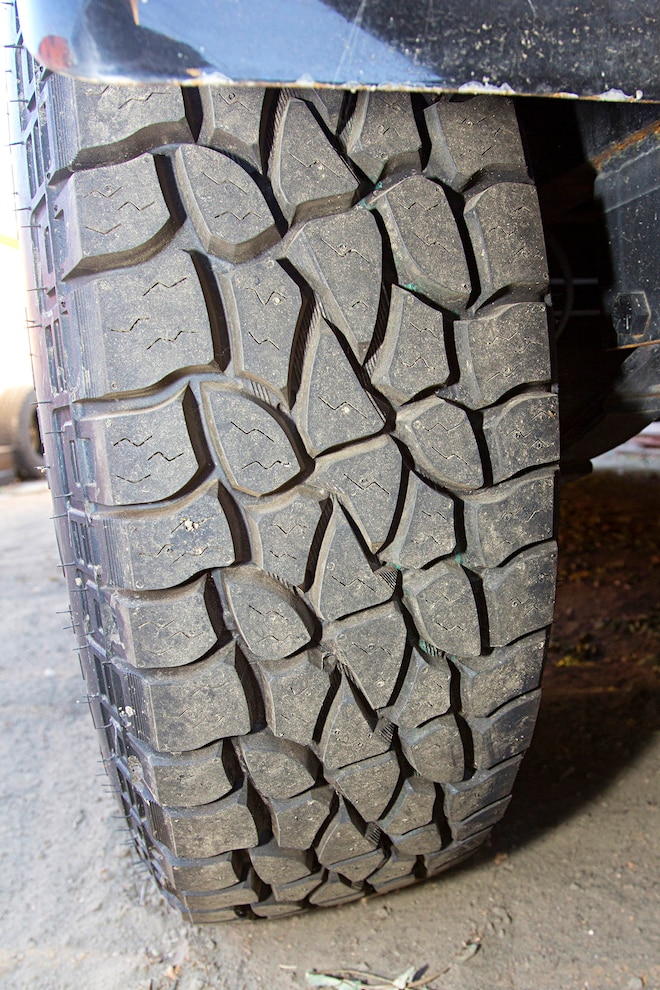 View Photo Gallery | 8 Photos
Photo 8/8   |   Baja Stz Tires
6. However, the aggressive tread pattern of the Baja STZ is what we were after for those times when our trailer sees extreme off-road use, which does happen from time to time in the areas we like to recreate. And since we were still over our axle ratings, the STZs are good to go.
ST vs. LT
In addition to the bias versus radial debate, we often get asked about the differences between ST and LT radial tires, and which is best for trailer service. This is another very gray area that we can hopefully shed a tiny bit of light on. First, the acronyms: ST stands for Special Trailer and LT for Light Truck. These are found ahead of the metric sizing and indicate which type of service the tire is designed for.
ST tires are intended for trailer service only. They are not designed to meet the traction or load requirements for vehicle use. They have reinforced sidewalls and a maximum speed rating of 65 mph.
LT tires follow a bit of a looser convention and can be any tire line or size that would typically be utilized on a light truck. They cover a large variety of load ratings, tread patterns, and ply counts.
While this debate will rage on for centuries to come in forums hidden deep on the Internet, we can simplify it greatly. The single most important element when choosing a trailer tire is load rating. It is necessary to meet or exceed the rated load capacity of the trailer’s axles when choosing new wheels and tires. If this is accomplished, it renders the ST versus LT debate mute. Speed ratings are irrelevant, as you shouldn’t be traveling faster than 65 mph with a trailer to begin with. Mileage warranty can also be overlooked, since it’s highly unlikely a trailer will make it to the point of wearing out tread before dry rot occurs. So, as long as the sizes match and the load rating is appropriate, feel free to choose any ST or LT tire you would like.

Truck Trend Network
Truck Trend Network
how to
What are Beadlock Wheels?
Beadlock wheels are something were betting you’ve heard of before or at least seen, but what exact...
Verne Simons – Feb 10, 2020
Diesel Power
Diesel Power
news
Top-7 Tires for Towing Heavy Loads
More on Tires! Tire Test Guide – Choosing The Right Tire Bias Versus Radial Trailer Tires Understa...
K.J. Jones – Jan 27, 2020
Truckin
Truckin
how to
Upgrading a New to Us 2015 Ford F-150 with Shocks, Wheels & Tires
Today’s trucks from the factory are well equipped for all kinds of use,...
Grant Cox – Jan 21, 2020
Diesel Power
Diesel Power
how to
Best Snow Chains for 4x4 Pickup Trucks
More on Driving in the Snow! Snow Driving 101 Do You Really Need Snow Tires? SnoClaws- Getting You O...
John Lehenbauer – Jan 16, 2020
Join Our FREE Truck Trend Network Newsletter