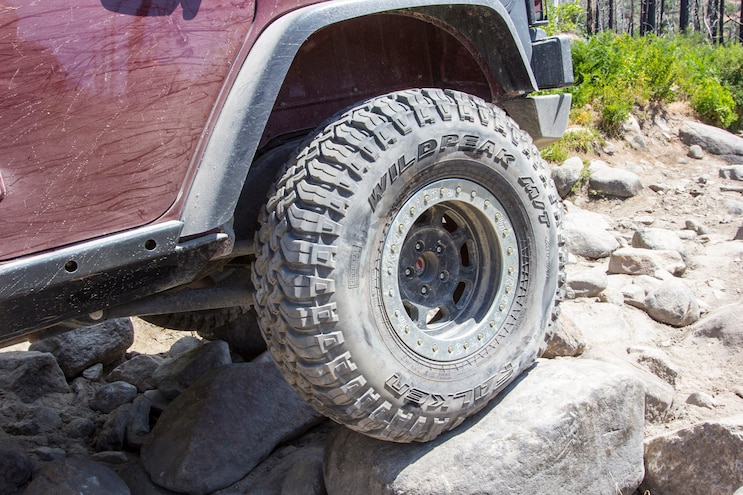 Nothing makes a bigger statement, changes the looks as dramatically, or alters performance of a vehicle as easily as swapping out the rolling stock. Factory tires provide a compromise between long life on the highway, performance in all conditions, and value for the automaker. These days, most pickup owners choose to replace their worn factory rubber with off-road tires that complement the rugged nature of their pickup and their active outdoor lifestyle. It also doesn’t hurt that most ½- and ¾-tons can fit up to a 35-inch tire with little modification. With this in mind, we pulled together six of the most popular off-road tires that are either new or updated and put them through the paces. We also built an impressive all-terrain buyer’s guide. So come along and let’s get dirty!
Falken Wildpeak M/T
Mud, Perfected
General Grabber X3
Mud Terrain and More
Toyo Open Country A/T II
Tough on the Trails, Tame on the Streets
Nitto Ridge Grappler
Hybrid Theory
Yokohama Geolander A/T G015
Extreme Traction Meets Long Life
Mickey Thompson Baja ATZ P3
Extending the Warranty
All-Terrain Tire Buyer’s Guide
Trail Blazers

No matter what brand or style, all tires go through extensive testing before becoming available to the public. So it should come as no surprise that Falken’s new Wildpeak M/T spent many years in development before the finished product hit the streets. However, what you may not know is that Falken was so dedicated to getting its new mud-terrain tire right that the development cycle lasted nearly half a decade. After a first round of engineering, tires were produced in limited number and sent out to people like us for testing. We were all impressed with the product, but the powers-that-be at Falken weren’t satisfied. They headed back to the proverbial drawing board and spent another two years perfecting the design before finally releasing the Wildpeak M/T. 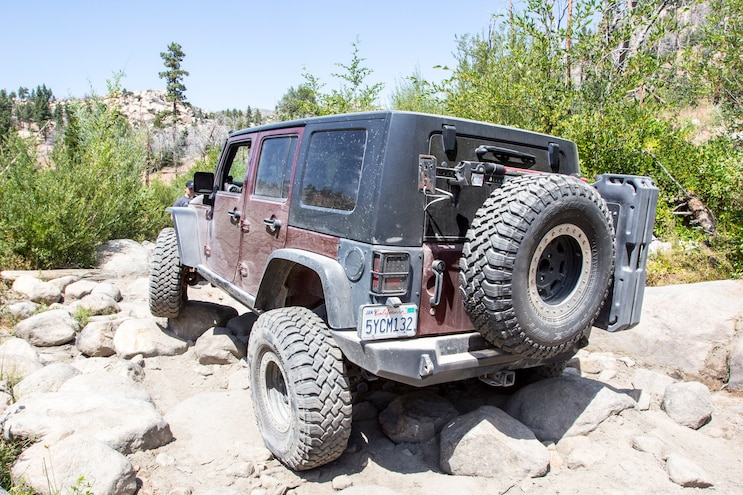 View Photo Gallery | 6 Photos
Photo 2/6   |   Falken Wildpeak Mt
The Falken Wildpeak M/T is packed full of technology that helps it perform admirably in all conditions. The tread pattern has been optimized with three different tread pitches, which provide for an exceptionally quiet highway ride for a dedicated mud tire. Between the tread blocks are mud and rock diffusers. These small ridges break the suction that mud creates between the tread blocks, allowing the tires to self clean much better than they would otherwise. The diffusers also act as a line of protection against punctures from rocks that become lodged in the cavernous voids between the tread blocks. The tire’s tread blocks are also designed with step-down supports on the ends of the center blocks. This design feature adds stability to the center ridge of the tire, which in turn creates a more stable contact patch between the tire and road. What that means in application is an aggressive mud tire that doesn’t squirm around on the highway like those of old.
It’s not just the tread area that benefits from these advancements; the sidewall is also packed with features. The sidewalls feature a true three-ply construction, which Falken calls Duraspec. This proprietary technology was developed to ensure the sidewalls aren’t compromised in even the most challenging off-road situations. An aggressive upper sidewall design and offset shoulder blocks work to both protect the sidewall and provide additional traction in situations where the tires would be aired down. In the lower sidewall, near the bead, is Falken’s heat diffuser technology. These molded ribs help to dissipate heat from the area, protecting one of the most critical parts of the tire. They also provide an added line of protection against cuts. 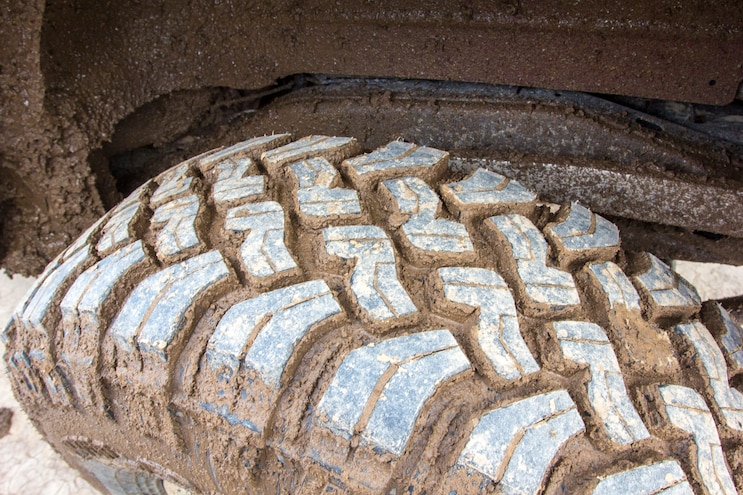 View Photo Gallery | 6 Photos
Photo 3/6   |   Falken Wildpeak Mt Tread
As soon as the first sets landed at Falken’s warehouse, we grabbed five 37s and mounted them up to the Trail Ready beadlock wheels on our Jeep Wrangler Rubicon. While the tires are a bit taller than most will run, having them on this vehicle allowed us to test them in the most extreme conditions. On the highway we noticed that, as advertised, the tires started out very quiet. Over the course of about 5,000 miles they slowly developed a light hum, but it was nothing that the radio couldn’t drown out or that a rotation wouldn’t have fixed.
Being a mud tire, we naturally pointed them toward the gnarliest muck we could find. What we discovered was that Falken’s Wildpeak M/T is among the best tires at handling mud we’ve ever encountered, and that’s saying a lot. They easily cleared the space between the tread blocks and provided so much traction that we never came close to getting stuck while we spent the afternoon throwing a massive roost of mud.
On rocky trails the Wildpeak M/Ts proved to be competent and provided ample traction when aired down. We did notice a bit of chunking from the tread blocks due to a relatively soft compound, which is a fair tradeoff for good traction.
Overall we are very impressed with Falken’s new mud muncher. It performs admirably in all situations and truly excels in sticky goo. This tire was certainly worth the wait!