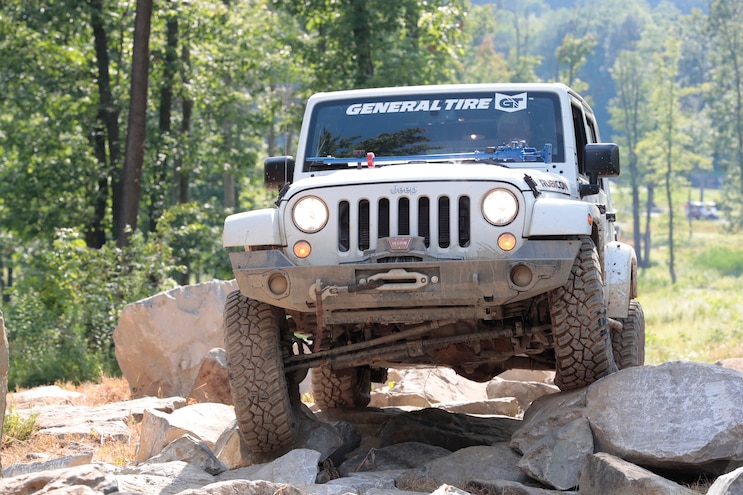 When General Tire set out to create the new Grabber X3 tire, the company had three major terrain types in mind. One was rock, one was mud, and one was dirt. From an off-roader’s point of view, this is a very good thing.
The development of the tire included 3 years, 16 patterns, 1,000 tires, and 500-plus hours. Additionally, the General team took an entirely different approach to developing the tire, including the use of competition drivers during testing and OE development, people who actually create off-road vehicles. Did the investment pay off? That’s what we wanted to know when General brought us to the hills of Pennsylvania for a day of wheeling. 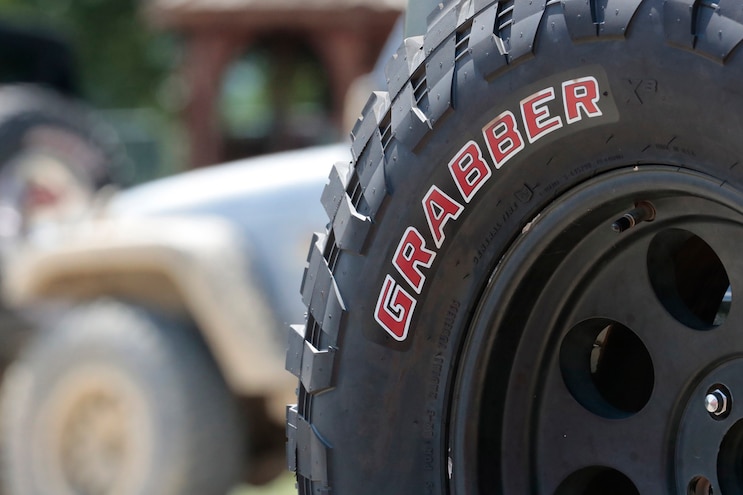 View Photo Gallery | 15 Photos
Photo 2/15   |   General Grabber X3 Side
From a visual standpoint, the X3 has aggressive styling that looks great, in our opinion. And, yes, many sizes of the X3 can be had with those cool, smooth, red-letter sidewalls. Make no mistake, many buyers take a tire’s appearance into consideration when choosing a new set of meats, and the X3 does well in that category with a brawny look.
Of course, tire appearance means nothing if the performance isn’t up to snuff. Fortunately, the X3 is more than just a brawny face. In the dirt, traction was outstanding, thanks in part to a high-void-pattern design, block chamfers, and traction notches. Whether we were off-camber or climbing a loose dirt hill, the X3 never faltered in the dirt. 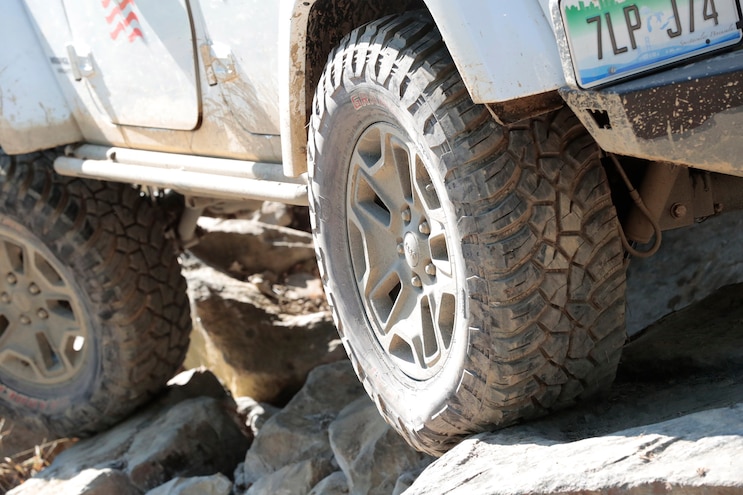 View Photo Gallery | 15 Photos
Photo 3/15   |   General Grabber X3
Mud is one of the most common obstacles wheelers encounter, so we were very interested in how the X3 would handle it. The majority of the mud we encountered on the trail wasn’t bottomless deep goo. Instead, it was the snotty thin stuff that is slick as ice. Additionally, the trails undulated through the Pennsylvania hills, often on the side of said hills, which meant our Jeep was off-camber on the greasiness. The X3s mud performance was impressive, due to the high-void-pattern design, evacuation channels, and alternating shoulder scoops. We took the standard line on muddy obstacles, but many times, we took the “wrong” line to test tire further. The X3’s self-cleaning was outstanding, its lateral stability was very impressive, and its bite was awesome.
The rock garden contained the size of rocks most wheelers would encounter on a standard trail. Aired down to around 16 pounds, the X3 flexed nicely on the rocks and the tread lugs had great grip. This is due in part to the X3’s multi-angle gripping edges, alternating shoulder scoops, and sidewall lugs.
In the end, our impression of the X3 was very positive. Sometimes as we test tires, there are weak points that are instantly obvious. Not so with the X3, at least not off-road. The X3 is one of those tires we want to get more of. Stay tuned. - OF
By Ken Brubaker
39 Articles