How the newest offering from Toyo is holding up to use and abuse. 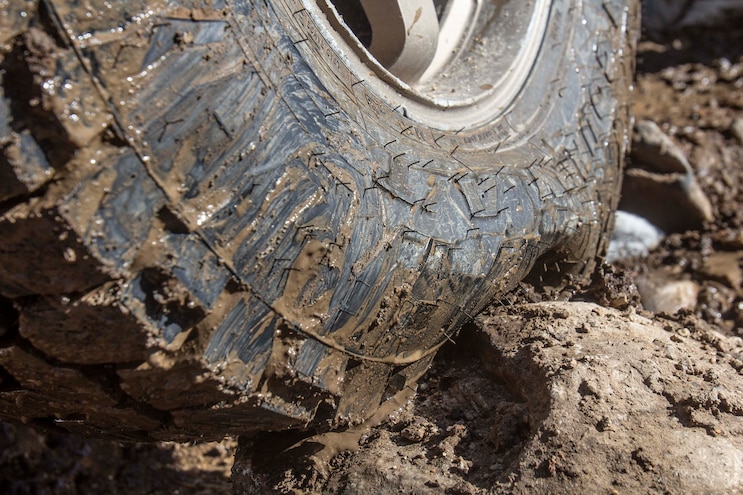 Far too often outlets such as this will install a set of new tires, give a glowing review, and never return to the subject. We feel this isn't fair to either the reader or the tire manufacturer as there is so much more that can be talked about after driving on the new rubber for a while. So, with that in mind we've asked our three authors who initially reviewed Toyo's new Open Country A/T III tires to give us a quick update on how they are performing after putting a few miles on them. By far, Jered Korfhage has logged the most extreme miles in terms of quantity and quality, while Jason Gonderman may have the fewest miles but of mixed terrain. KJ Jones' Chevy Colorado has stayed on the pavement, logging a decent slew of highway miles.
So take a look below as we give a quick update on the testing of the new Toyo Open Country A/T III!

Toyo Open Country A/T III All-Terrain Tire Review
Toyo A/T III All-Terrain Tire Review
I've got quite a bit of experience when it comes to different kinds of all-terrain tires. And after about 1,000 miles of varied terrain I can say that I'm quite pleased with the new Toyo Open Country A/T IIIs. While my Ford F-150 spends most of its time on the highway, it is sometimes pulled into off-road duty, as well. Traction has been superb on wet and dry pavement, wet and dry dirt, and even in the snow (back when it did that sort of thing). Road noise is minimal, as is treadwear thus far. And several months into owning them I still get compliments on the aggressive looks.
I even got to spend a week driving KJ's Colorado and was equally impressed with the Toyo A/T IIIs' road handling skills on the midsize diesel. It's not often you get to drive someone else's truck, so to not only get behind the wheel but to test out the Toyos on a different platform was delightful. 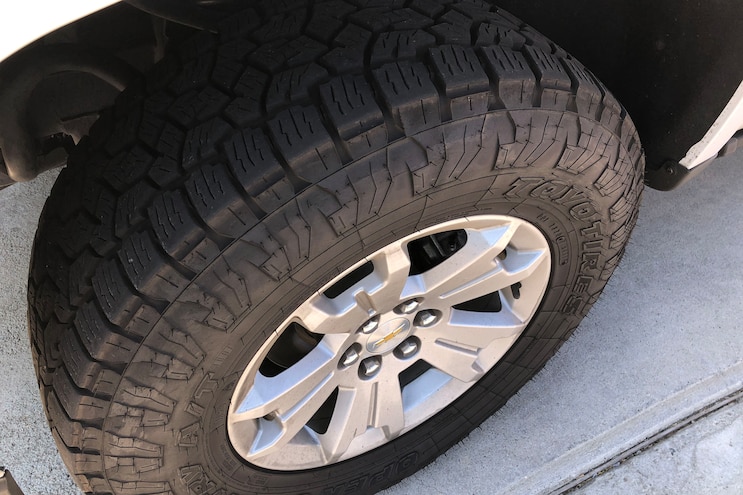 Toyo Tires Open Country A/T III
Toyo Tires A/T III All-Terrain
I was just thinking about this yesterday. It's my first time dealing with all-terrain tires. I've been going at it objectively, and with our set used primarily as an on-road tire, the noise—while slight—is not annoying, but it's "there" enough to think about. I understand the new tire is considerably less noisy than its predecessor, though. That's good. On-road handling is really good—on streets and at freeway speed. We installed the tires while we were still in the rainy season, and the A/T IIIs did really well on wet road surfaces. I've been monitoring wear, and that's definitely a "win" area. The tires look like new.

Toyo Open Country A/T III: How's It Do Off-Road?
With 8,000 hard miles on our tires, we've put them through snow, gnarly rock trails, more snow, mud, sand, and many weekends' worth of gravel roads. This tire excels in the snow both in the deep off-road fluffy stuff and the slick slush that makes roadways treacherous. Mud, however, might require you to work a bit harder to avoid getting yourself stuck. Otherwise, silt, hard-packed dirt, rocks, and sand shouldn't be much of a problem, and our tires have gotten through them all without signs of worse-than-usual wear.