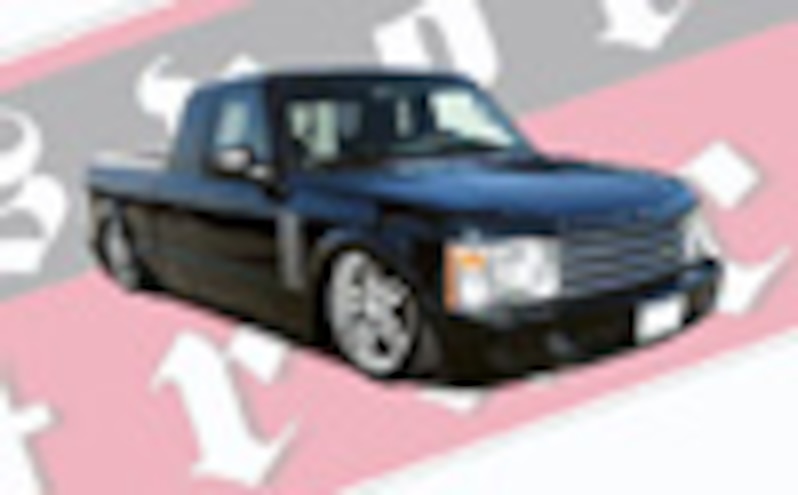 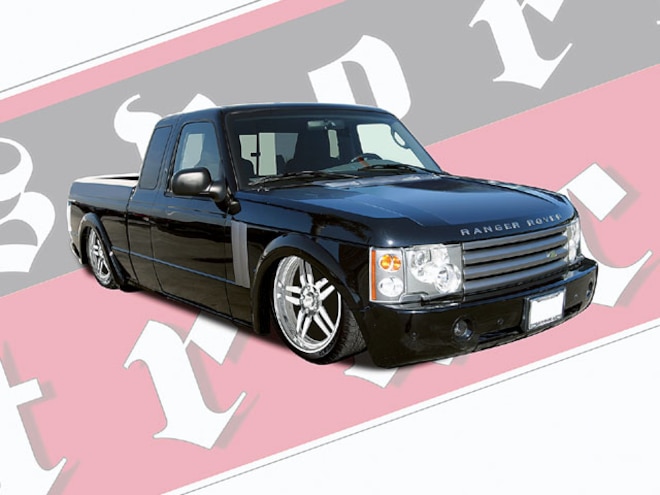 View Photo Gallery | 2 Photos
Photo 2/2   |   2004 Ranger Rover photoshop Concept
Front-end swaps have pretty much become a norm, especially for Caddy conversions onto Chevys and Lincoln swaps onto Fords. After seeing them for years now, we're looking for new ideas and new parts to swap over. From talking to friends, I'm pretty confident that I'm not the only person on the planet who's a fan of the Range Rover front end. The first time I saw the overlapping projector lights within the square headlight assembly, the multifaceted hood, and the gray fender vents, I nearly broke my neck as I drove by the dealership. Since then, I've seen a few renderings that have popped up which incorporate the headlights, and even taillights, onto first-generation S-10s or '88-'98 Chevys, but I've yet to see a rendering that had most of the front clip adapted to any truck. Another thing that seemed to be missing was the pairing of the Ranger and the Range Rover, which seemed to me like a natural combo since they're both manufactured by Ford.
My curiosity got the best of me, and I found myself dragging my camera to the local Land Rover and Ford dealerships. Both of the staffs were cool enough to let me walk around and take some stock shots of a Range Rover and Ranger. Once I had the images, I went back to my computer and flipped open good ol' Photoshop. Now mind you, I'm not super-pro at the damn thing, so don't sweat me on the little imperfections. This is just to convey what was brewing in my head.
Like I said, I started with an '04 Ford Ranger and cleaned it up a bit by shaving the door handle and antenna as well as removing the running boards and dealer stickers. Next, I brought over the the front end from an '04 Range Rover, which matched up. Surprisingly, the Rover and Ranger share upper and lower body lines. The reflector on the front fender was removed, and the fender flare from the Ranger was added up front. Normally, I'm not too gung-ho about fender flares, but in this case, it seemed to work. Once the front end was in place, it seemed like it was too beefy for the rest of the truck, so I raised the bedrails up a few inches to match the hood line. This seemed to bring things back into proportion, much like how Ford raised the bedrails on the new F-150 to compensate for the truck's oversize front end.
The Rover is definitely wider than the Ranger, so several pieces would need to be sectioned. Unfortunately, this by any means isn't a straight bolt-on conversion, but generally speaking, "custom" isn't exactly a bolt-on thing. I could also see several of the Range Rover interior pieces being adapted to the inside of the Ranger for a nearly complete conversion. Add some Bonspeed billet wheels and you've got what I think is a good start on a badass truck. Do me a favor and someone out there build this Ranger Rover so I can drool over it while I take pictures.-John