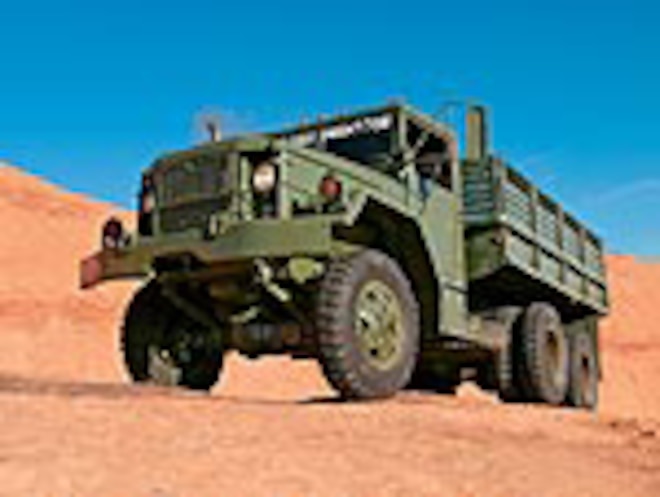 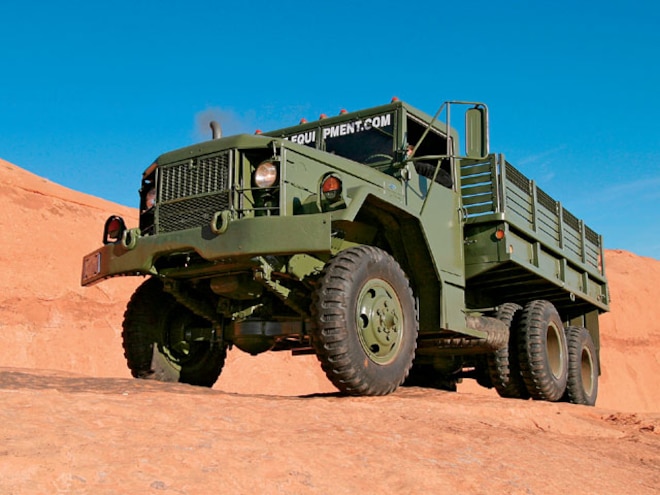 View Photo Gallery | 4 Photos
Photo 2/4   |   hercules Diesel Motors military Truck
H. Timken, of roller bearing fame, had a personal dream. He looked forward to a day in the future when America could create a concrete highway system that would carry the bulk of the country's freight. Motor carriers would be able to supply not only the larger cities but link the vast numbers of villages and towns ignored by the railroads.
Timken, as a manufacturer and supplier of noted high-quality roller bearings, was in daily contact with all of the noted automotive and truck builders and assemblers of the period. He recognized an opportunity for stronger engine design with stronger internal components that were necessary to power the heavier-duty truck platforms that were increasing in volume and payload. Although a few passenger-type mills had attempted to "beef-up" their internals, the interest was not uniform. Timken began planning a new engine that would both utilize heavy-duty mechanicals and incorporate his engineering principles of being lightweight, with the reserve power to perform well under load and at highway speeds.
To move his new project along faster, Timken began looking for an automotive engineer with a truck background. Charles Balough was currently employed with the Kelly-Springfield Truck Company in Springfield, Ohio. Though only 32 years old, Balough had worked his way through the Ford Motor Company, Reliance Motor Truck Company, and the Rapid Motor Vehicle Company in Pontiac, Michigan. Timken sent word of his search and almost immediately Balough found himself undergoing unpleasant changes with a new management team at Kelly. Timken met with Balough in secret to discuss his requirements for an exclusive truck powerplant.
Balough was immediately hired and suggested to design two similar models of truck engines: an inline-four and a larger inline-six. These mills were revolutionary from the current market offerings because they incorporated more and larger bearings, heavier crankshafts and rugged internals (to prolong engine longevity), dependability, and improved performance. Two pilot models were placed on trial runs, and the resulting orders proved Timken's financial and personal gamble.
Building on his initial success, Timken pushed the company into diversification. Hercules, being a component manufacturer, recognized that diversity was a means of offsetting the automotive industry's seasonal slumps.
From its beginnings with the Ford tractor connection, farm machinery, construction equipment, and oil field applications promoted the company quickly as a premier engine source.
Hercules found its engineers working in-house with a variety of engineering staffs of its manufacturing customers base developing new engine applications. It had become an innovative leader that could now develop future mills that were converted to burn a new variety of combustible fuels.

View Photo Gallery | 4 Photos
Photo 3/4   |   hercules Diesel Motors in Line Block
The Diesel Addition
In 1931 Hercules engineering started looking at the modern and novel compression ignition engines; at the time, diesels were considered to be limited in their applications. Stationary units and marine users comprised the bulk of this early market. Diesels were too big, bulky, and considered too heavy for portable applications. Hercules engineers, however, set out to model their diesel line utilizing the same principles from their successful gasoline-powered mills. They continued the successful combination of lightweight and high-speed operation, combined with greater lugging ability. Monetary fuel savings would also be considered in the product line as well. Hercules management felt that engine flexibility was vital to its success in powerplant application. It remains interesting that in looking at their marketing plan of the period that Hercules felt with the continued cheap supply of gasoline, the preference for diesel power would be greater served by entering foreign markets along with its U.S. manufacturing customers.
In the U.S., the company had cornered a large percentage of the military market before the hostilities broke out for World War II. The demand for specialized Hercules-powered applications exploded with increased demands at the war's outset. Immediate orders forced the company to quickly expand its facilities and that of its shared suppliers. Three-quarters of a million engines were produced for an endless supply of military needs during this period. The brand powered military vehicles and generators while marine usage included PT boats, landing craft, and amphibious tractors. The world need for agricultural and construction equipment also continued. Industrial equipment rounded out the market, including rail and industrial locomotives, material handling, water distillation units, and oxygen- and hydrogen-generating units along with many others.
When the war ended, with peacetime production returning, Hercules again began searching for new applications for its power products. A percentage of the gasoline unit output has been marketed to a small number of marine manufacturers. For the most part, these were conversion companies, whose vendors purchased basic engines and short-block assemblies then added their marine components and sold the units under private label. Hercules noted quickly that there was a hidden market for lightweight, high-speed marine diesel power, so it developed and marketed complete diesel units under the Hercules label for the first time. Now the company's distribution centers and boat builders had dual partners with the popular addition of diesel units.
The L-head engine design was a Hercules standard until 1954, when the company designed a new series of gasoline and diesel powerplants to supplement the older series. Hercules' traditional goal was to economically produce parallel engine lines with a maximum of part interchangeability. A novel example was the cylinder blocks designed with the same cubic-inch displacement for both gasoline and diesel units produced so they both could be turned end for end-this permitted the flywheel housing to be mounted at either end. It also permitted accessory mountings on either side of the block, with the manifolds also having this option to suit customer requirements.
Two distinct types of diesels were offered: the established L-head and the new overhead valve unit utilizing direct injection. The new mills-dubbed G.O. for the overhead valver's, and D. D. for direct injection-were offered in parallel four- and six-cylinder construction. Three different bore sizes were offered in each of the four series: 3 1/2-, 3 3/4-, or 4-inch were combined with a 4 1/2-inch stroke.
By the late 1950s, competitive market changes were taking place in the automotive and component industry once again. Automotive passenger powerplants had improved to the point where they now were being utilized in heavy-duty applications. The automakers now produced their own mills, and this included some of the specialty makers like Caterpillar and International Harvester. Hercules, like its independent competitors, was left trying to increase future government and military business to increase sales. But the military had started research and development activities on its own, and with its newer requirements, Hercules was forced to play catch up with prototype development. Replacement production for existing contracts kept the company busy enough, though, and export sales started declining due to both import restrictions and new off-shore competition. Engine volume continued to decline, as the company's traditional brand base of a dozen specialty manufacturers either merged or disappeared from the market.
In an effort to broaden its product line, Hercules purchased two small, air-cooled engines from Lycoming in 1957. After several years of failed modification and marketing attempts, this effort was abandoned.
A year later, in 1958, the Hall-Scott brand was also purchased. In the same year, the company closed all of its factory branches to save costs. An independent distributor organization followed. In 1959, the UAW entered the fray. Several management personnel changes were attempted until 1961 when another failing company, Hupp, purchased the business. Hupp, an old line automotive and appliance manufacturer, studied the existing power line with the goal of further downsizing. Though the company broke even in its the first year of Hupp operation, the company continued to spiral downward through several more owners until its demise in the spring of 1999.