And The Birth Of Diesel Boats 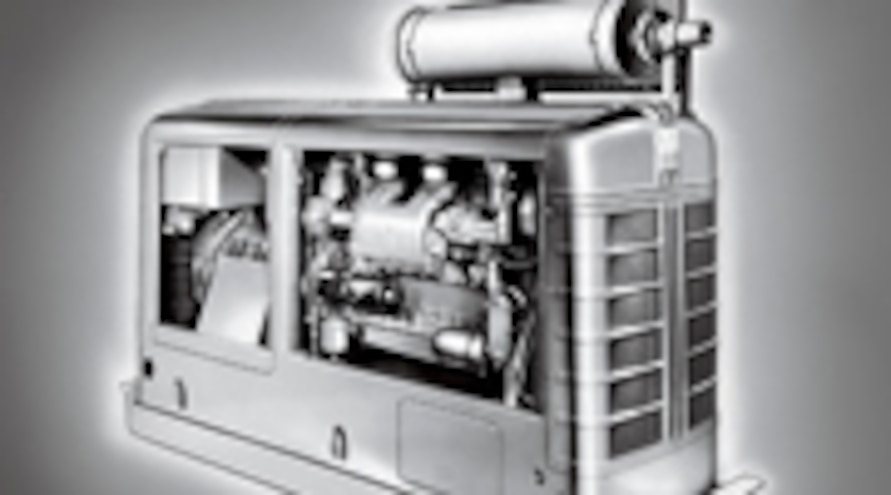 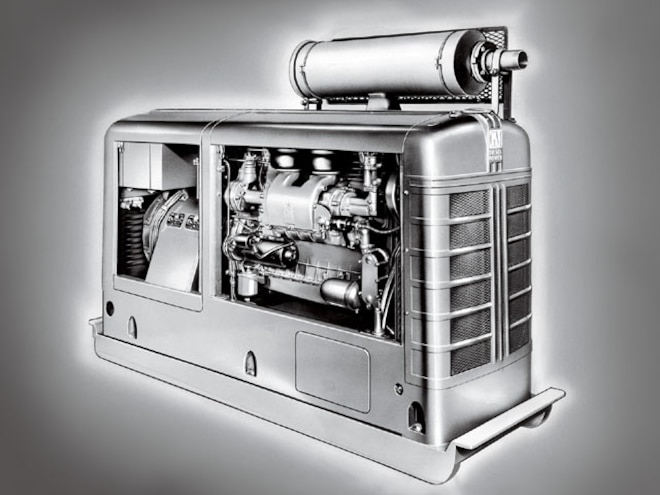 View Photo Gallery | 4 Photos
Photo 2/4   |   2007 February Gm Diesel Marine Power engine1
John Henry Westerbeke was born in Fairhaven, Vermont, in 1909. The Ag culture had not quite left the original colonies, and Westerbeke, along with his family, moved to Meredith, New York, when his father purchased a small farm. The family settled in and eked a modest living until 1918 brought the great flu epidemic to the United States; Westerbeke's father perished along with 675,000 others. With the family in turmoil and generally split up, Westerbeke went to live with his grandparents in Alabama's small community of Opelika. Family goals were evident for Westerbeke, as he saved a small amount to attend St. Lawrence University in Canton, New York, in 1927. Completing his freshman year, the young man approached his uncle for a summer job with the fishing industry in Boston.
Westerbeke had found a niche, as William Westerbeke was the owner of several gear and tackle stores in Boston and surrounding areas. He also owned and operated a fishing trawler and John lost no time both signing on as a deckhand and gaining immediate practical experience and education involving the fishing industry. (As a side note, the mechanical age had affected this most ancient of industries as well with the marine application of the internal combustion engine.) In any case, John never returned to college again.
In this first career, Westerbeke was somewhat of an environmentalist when he became concerned about over-fishing-not returning schools of underweight fish to the sea, in other words. He was so concerned that he published an article in Fishing magazine in 1931 about the subject. Two years later, Westerbeke was the captain of his training vessel. At the peak of his fishing career, Westerbeke decided to move on to other interests at age 24.
With his uncle's support again, Westerbeke entered the marine equipment business with the purchase of United Welding Company, an established Boston marine manufacturer of trawl boards and accessories, which were utilized to weigh down fishing nets and keep them from floating to the surface in an uncontrolled manner. The business was successful, but Westerbeke continued to keep an eye on new developments.
1936 found the introduction of General Motors' new diesel engine, the GM Detroit Diesel 71 series. The new mill was revolutionary for its power output, delivering much greater power for its weight than any other unit up to that time. Westerbeke knew from experience that the age of ultra-heavy, low-powered diesel units would rapidly become a thing of the past. This GM 71 series, when converted to marine usage, would spark a revolution. Under further investigation, he discovered that Gray Aldridge Marine Corporation owned the distribution rights of this unit for marine use. Westerbeke sold his United Welding and purchased Gray Alridge in 1937. The new corporation was dubbed the J.H. Westerbeke Corporation. 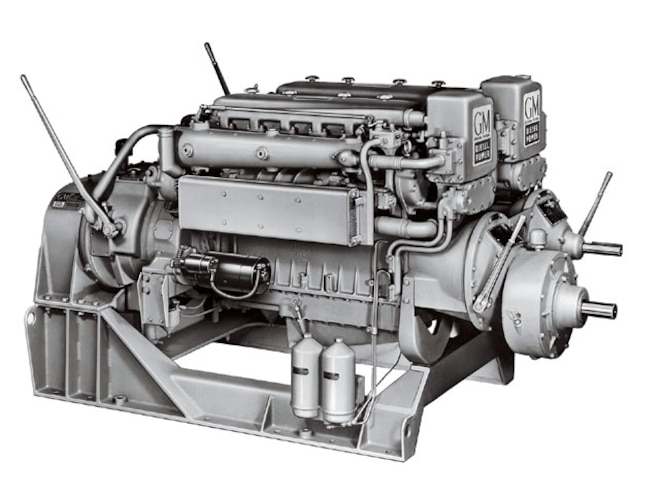 View Photo Gallery | 4 Photos
Photo 3/4   |   2007 February Gm Diesel Marine Power engine2
Westerbeke's background, though not formally trained in engineering, was marine oriented by experience. He was able to correctly adapt the GM 71 for marine usage installing his first unit into a working boat in only a year. The new company was becoming successful until World War II entered the picture. By 1942, Westerbeke found himself scrambling to find something to market, as the government had commandeered all of GM's production GM 71s for wartime usage. Undaunted, Westerbeke distributed Continental, Gray Marine, and Hendy Diesel powerplants.
With hostilities ending and a free flow of GM 71s back in the pipeline, Westerbeke really began to roll. He expanded into the generator business, providing units for both marine and land applications. During the Korean conflict era, he purchased another Boston marine company, Smallcraft, adding two lines of boats, one of which was a sailboat series along with an outboard motor lineup. The sailboat series was Westerbeke's passion for the next several years until 1957. The generator line prospered, with the installation of his generators in several lighthouses along the East Coast.
During the late 1950s there had been a growing concern about the increase in volume of marine gasoline engine fires occurring at sea. Gasoline fumes, when not properly vented, would gather below the decks of a sailboat, and the unsuspecting captain would attempt to start the engine, causing an immediate explosion. Diesel-powered units were much safer and nullified this danger.

View Photo Gallery | 4 Photos
Photo 4/4   |   2007 February Gm Diesel Marine Power engine3
Westerbeke discovered a new production, small-block, four-cylinder, water-cooled, diesel-powered unit being manufactured by the Perkins Engine Company in England. The Perkins 4-99 was intended for general industrial applications as well as tractor power. Westerbeke immediately thought of the auxiliary power question for sailboats. Securing the import rights to the 4-99, he started the conversion for both sailcraft and marine generator applications. A high note was the contract business supplying both the Navy and Coast Guard with diesel powerplants for their 26-foot whaleboat and lifeboat applications. Despite stricter performance requirements, Westerbeke powered over 1,100 U.S. Navy Motor Whaleboats, and over 1,400 Coast Guard lifeboats. By the 1960s, however, his hold of the market was broken by the entrance of the Perkins nameplate on a direct basis. As a result, the company began cooperation with other engine suppliers to eliminate the 4-99 from its line. Long-block engines were purchased and in-house designed components and systems were added.
By the mid-1970s, three-quarters of the company's income was provided by the powerplant business. On the generator side, only the high-end 10-45 kilowatt range was being covered. So the company became one of the first to turn to Japan as a new source for engines to supply to the major part of the marine generator market serving less than 10 kilowatts. The new units were lighter, quieter, and more dependable.
With the rapid growth in this new market, the company was asked in 1983 to develop a line of gasoline-powered marine generating units.
And what of the founder? In 1976, his son John Henry Jr. became president of the company, while Westerbeke became chairman. Ten years later, Westerbeke stepped down as chairman but remained on the board.
In 2000, at the age of 90 and still coming to the office a couple of days a week, Westerbeke passed away after visiting the company's newest facility.
Westerbeke Corporation today designs, manufacturers, and markets both diesel and gasoline marine powerplants; Westerbeke engines are available from 12-170 hp. The company also supplies industrial diesel generators and marine generators from 3.8-95 kilowatts. The company operates under two divisions, Marine and Industrial Products. The Marine segment supplies marine engines and generators to the high-end boat-builder market including Grand Banks, Hinckley Yachts, and Little Harbor. The production boat builders also are supplied, with names of Bayliner, Beneteau, Chris-Craft, Catalina Yachts, and Sea Ray. The company's generators are supplied to the houseboat folks as well, including Lakeview, Sharpe, Somerset, and Stardust. Westerbeke supplies powerplants around the world for fireboats, harbor pilot boats, police boats, and higher-powered drug-enforcement boats. The company currently offers 22 models of marine engines along with 26 models of electrical generators. Spare parts and accessories are also offered for discontinued models. The company maintains 65 master distributors and their dealers. Europe maintains the company's warehouses. The company supplies its products to 65 countries around the world.
Westerbeke Industrial Products converts and offers the company's marine generators for land applications. This niche includes nine models of electrical generators utilized as a secondary power source either in fixed site applications or on mobile platforms. Specialty vehicles such as fire trucks, rescue vehicles, motor coaches, and refrigerated trucks have all benefited from the brand Westerbeke. The company also developed and was issued a U.S. patent on LubeCell, an injection device that injects oil into the cylinders to improve the start-up of diesel engines operating in cold weather.