The diesel industry's shocking reaction - it's not what you might think! 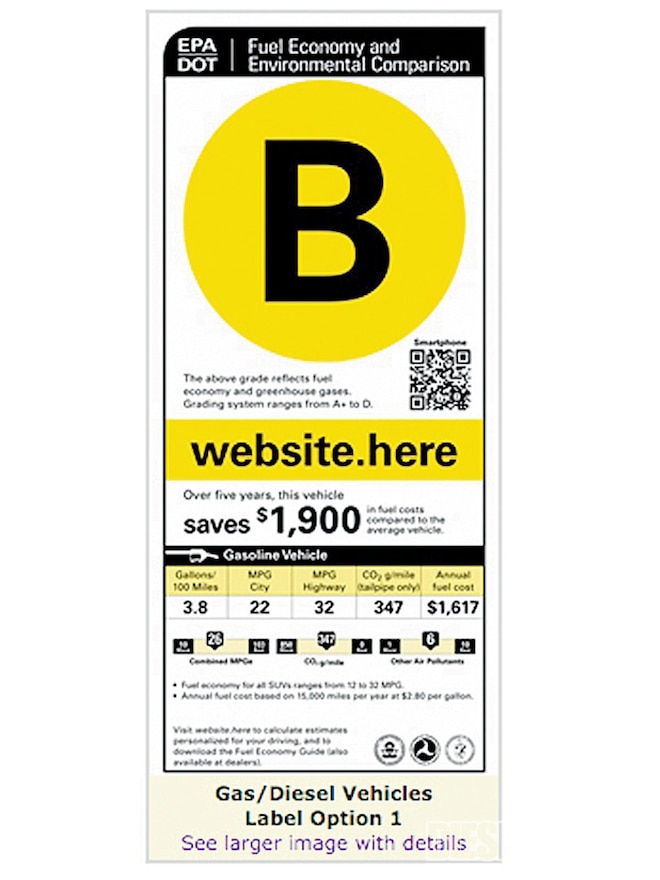 Last October, President Obama's executive branch [through the Environmental Protection Agency (EPA), Department of Transportation (DOT), and the National Highway Traffic Safety Administration (NHTSA)] proposed a new set of greenhouse gas (GHG) and fuel efficiency standards for new medium- and heavy-duty trucks. The program's regulations begin to take effect in 2014. These rules are intended to reduce total GHG emissions and fuel consumption of tractor-trailers by 20 percent by 2018. This new program will also affect diesel pickups. We're told to expect a 15 percent decrease in GHG emissions and fuel consumption compared to the 2010 models. I decided to check into this issue and paraphrase what the big players think about it.
The EPA's Reaction
"This comprehensive national program is projected to reduce GHG emissions by about 250 million metric tons and save 500 million barrels of oil over the lives of the vehicles produced within the program's first five years. In addition to cutting greenhouse gas pollution, greater fuel economy will shrink fuel costs for small businesses that depend on pickups and heavy-duty vehicles."
The American Trucking Association's Reaction
"Through ATA's ongoing dialogue with both the EPA and DOT, we are encouraged that the proposal takes into account the wide diversity of operations within our industry, and the need to build flexibility into the rulemaking process. We believe the regulations proposed by the EPA and the NHTSA can be attained through technologies currently available to motor carriers with expected returns on investments of between 12 to 24 months."
Navistar's Reaction
"While it's too soon to evaluate all elements of the proposed regulations, we are committed to engaging with the EPA and DOT on this issue. We look forward to working together with government and industry leaders in the months ahead to implement changes that will benefit the customers and communities we serve with cleaner, more fuel-efficient commercial vehicles. For decades, Navistar has demonstrated its commitment to clean technologies that benefit the environment and its customers. Navistar was the first original equipment manufacturer (OEM) to release the smokeless diesel engine and was the first engine manufacturer to gain EPA certification for meeting 2007 particulate and hydrocarbon emissions standards-six years ahead of schedule. Navistar was also the first OEM to enter assembly line production of diesel-hybrid commercial trucks and school buses in North America."
Cummins' Reaction
"For some time now, Cummins has advocated for consistent and responsible regulations that recognize the needs of business, offer clear direction, and provide incentives to companies that create innovative technologies as well as jobs in this country. Today's on-highway diesel engines in the United States emit 99 percent less particulate matter and nitrogen oxides (NOx) than 30 years ago. Such regulations also add real value to our customers, as better fuel economy lowers their operating costs while significantly benefiting the environment. We look forward to working with the EPA, DOT, and other stakeholders in developing the final rule."
Diesel Technology Forum's Reaction
"More than 95 percent of all heavy-duty trucks are diesel-powered, as are a majority of medium-duty trucks. Diesel power is the driving force of goods moved by trucks in our economy. This proposal clearly envisions clean diesel power as the centerpiece of freight transportation in the clean-energy economy of tomorrow. While not a new concept to diesel engine and truck manufacturers, pursuit of greater fuel efficiency has always been a key driver of product development to meet customer demands. As we learn more about the details of the proposal, it is expected that the proposed rule will likely expand the deployment of existing technologies and demand further innovation that recognizes the unique considerations of the trucking industry and commercial heavy-duty applications."
My Reaction
I think the standards are too easy. If I were in charge, I'd demand a 100 percent increase in fuel efficiency, and I'd want the air coming out the exhaust to be cleaner than the air going into the engine. Of course, this is coming from an automotive editor who drools over the newest green-technology press releases and dreams about reaching the thermal efficiency Rudolf Diesel first predicted. Historically, many automotive innovations were decades ahead of their time, but it took legislation to bring them (things like removing lead from gasoline and sulfur from diesel) to market. Sure, there are some growing pains, but without challenges we don't improve. It's ironic that the emissions regulations many enthusiasts hate gave birth to the diesel performance we have today. Common-rail injection, VGT turbos, and 400hp clean-burning trucks (with a warranty) wouldn't have happened if manufacturers didn't need to meet EPA regulations.
Got a different reaction? Send hate or praise mail to: Jason.thompson@sorc.com
By Jason Thompson
289 Articles