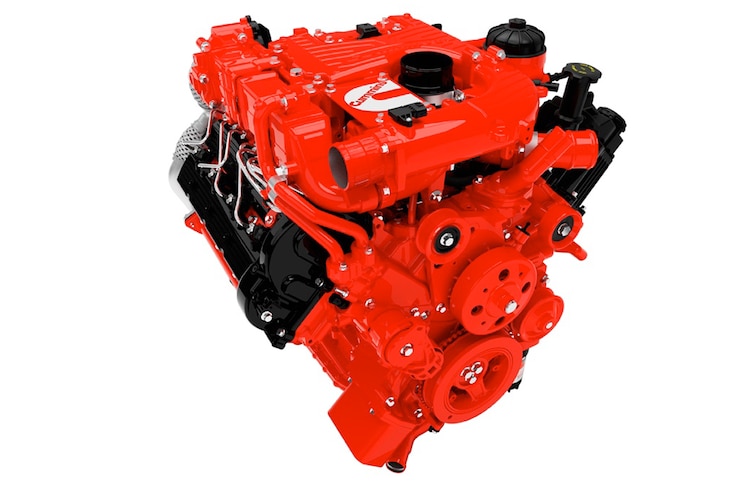 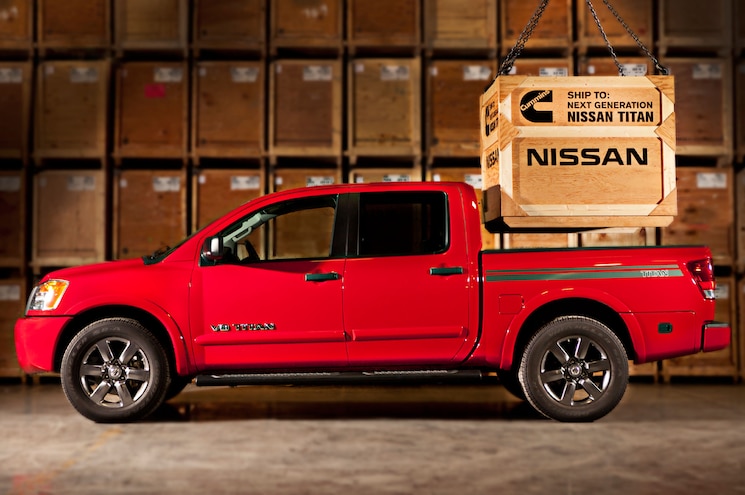 View Photo Gallery | 17 Photos
Photo 2/17   |   Nissan Titan With Cummins Diesel
Nissan teased us with announcements that the next-generation Titan would have more powertrain options, and now we’re seeing it come to fruition. A partnership between Cummins and Nissan has resulted in the optimization of a Cummins 5.0L V8 turbo diesel engine to be offered in the next-generation full-size Nissan Titan pickup. While we don’t know much about towing capacity and mileage yet, we do know that torque rating will be in the mid-500s (lb.ft.) with more than 300 horsepower. We were on-site for this announcement, which came this morning at the Nissan 360 event in Irvine, California. The Cummins 5.0L V8 will be built at the Columbus Engine Plant at the Cummins headquarters in Columbus, Ind. The next-generation Titan will be built at Nissan’s Canton, Miss. vehicle assembly plant.
Reports Fred Diaz, divisional vice president, Nissan Sales & Marketing, Service & Parts, Nissan North America: “There is no question that the new Titan will turn heads, and with the available Cummins 5.0L V8 Turbo Diesel, we expect to win new fans and attract buyers looking for this unique configuration.”
No launch dates have been announced at this point, but Cummins-powered prototype trucks are undergoing extensive durability testing and highway performance testing. 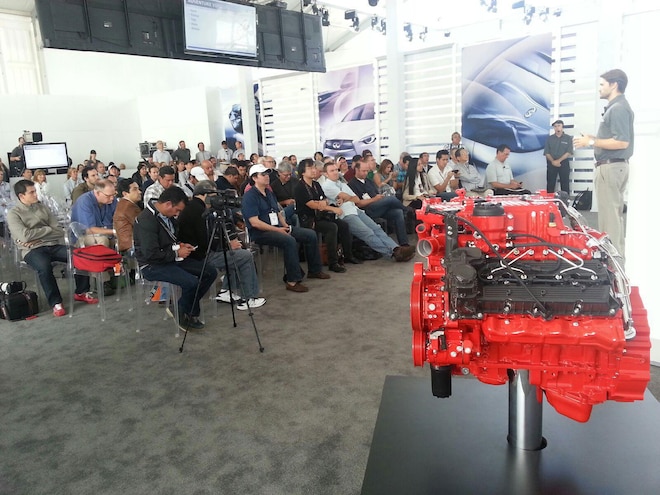 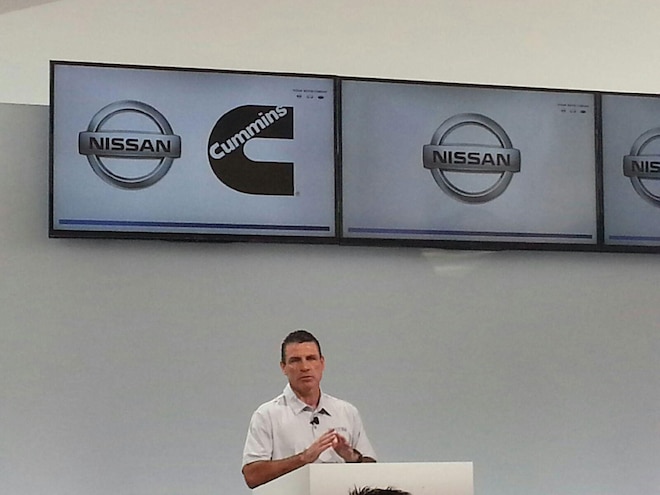 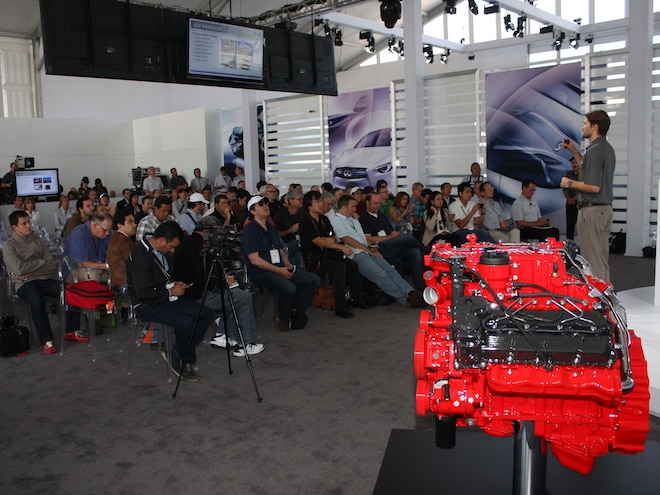 - OF
By Monica Gonderman
663 Articles