An Elevation in Technology, Performance, and Refinement 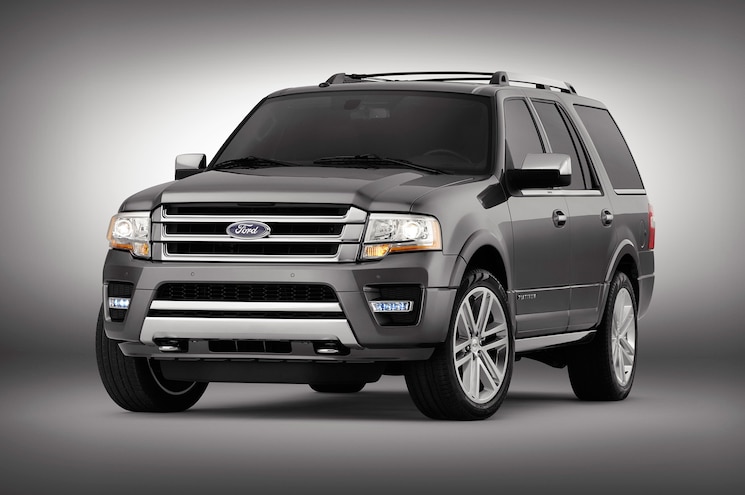 View Photo Gallery | 34 Photos
Photo 2/34   |   2015 Ford Expedition Front Side View
The 2015 Ford Expedition makes its first appearance at the 2014 DFW Auto Show, which takes place February 19-23 at the Dallas Convention Center. This is fitting, since Texas represents Ford’s largest market by sales volume, and Dallas and Houston are the top two cities for Expedition sales. Now, if you’re not in Dallas or Houston you may not notice that many Expeditions rollin’ around, and despite sales dropping 15% this January compared to last January, the Expedition and the Expedition EL, which is about six inches shorter in wheelbase length than the Excursion and 12 inches longer than the Expedition, indeed persist into the 2015 model year with a few highlighted changes, noted below. An updated exterior with an all-new front-end that features available LED fog lamps and an updated interior that incorporates a fresh center stack to accommodate new technologies are just a few of the changes for 2015. 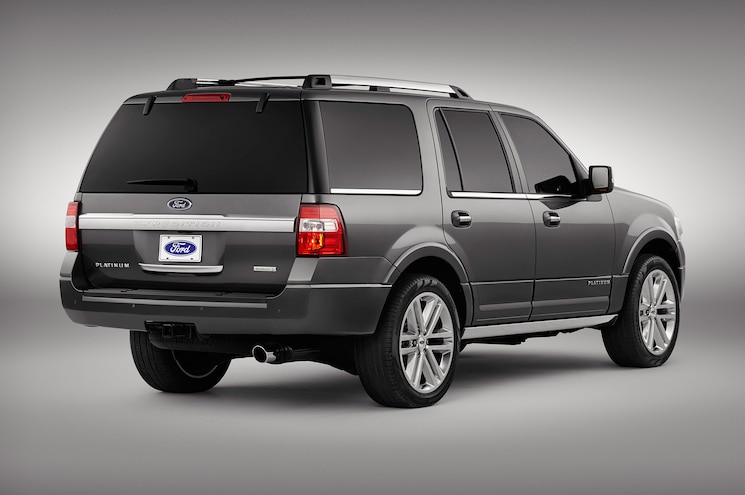 View Photo Gallery | 34 Photos
Photo 3/34   |   2015 Ford Expedition Rear Side View
EcoBoost – The 3.5L, direct injected twin-turbocharged EcoBoost engine replaces the 5.4L V8 as the powerful, fuel-efficient engine option for the Expedition with more power and torque on demand at very low engine speeds. This will be the only engine offered in the Expedition. The EcoBoost will be mated to a six-speed SelectShift automatic transmission featuring a manual mode.

“Expedition becoming the latest Ford utility vehicle to wear the EcoBoost badge will be exciting for customers,” said Doug Scott, Ford truck group marketing manager. “Increased torque and horsepower, combined with new levels of efficiency and an advanced suspension not only will make Expedition more fun to drive, but also easier to own. This is another ‘and’ solution from Ford.”

Continuously Controlled Damping – This advanced suspension uses a variety of sensors to monitor body motion, reacting and adjusting in milliseconds to control motion, resulting in a nice, comfortable ride. The Expedition will be the only Ford in the United States to have three selectable drive modes – comfort, normal and sport.

Platinum – For the first time, the Expedition will be offered in a Platinum trim package that includes Brunello leather, a red wine color with tuxedo-stripe accents and French-seamed stitching, or black leather with Agate Gray accents. The Platinum Expedition joins the XLT, Limited and King Ranch lineup. 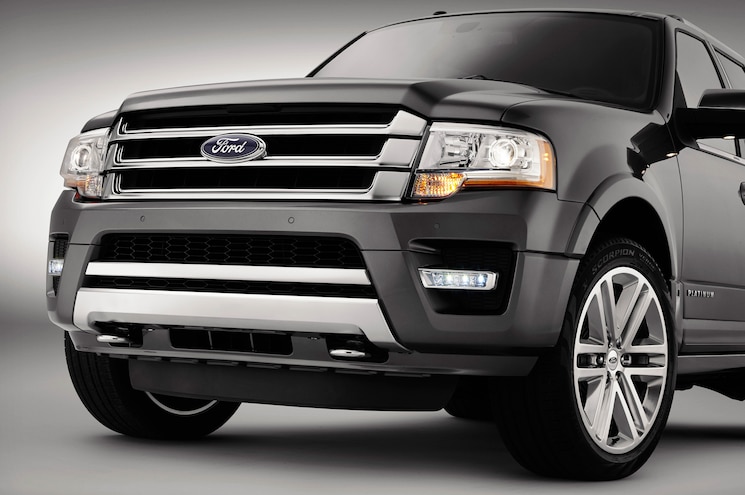 View Photo Gallery | 34 Photos
Photo 4/34   |   2015 Ford Expedition Front View Closeup
The fullsize utility Expedition is no stranger to the pages of Truckin. In addition to scoping out the new 2015 model, check out some of the custom Expeditions that have graced the pages of Truckin throughout the years. Did we mention the all-new wheel lineup including factory-installed 22s for the 2015 Expedition?

Expeditions are built at the Kentucky Truck Plant in Louisville, along with the Super Duty. 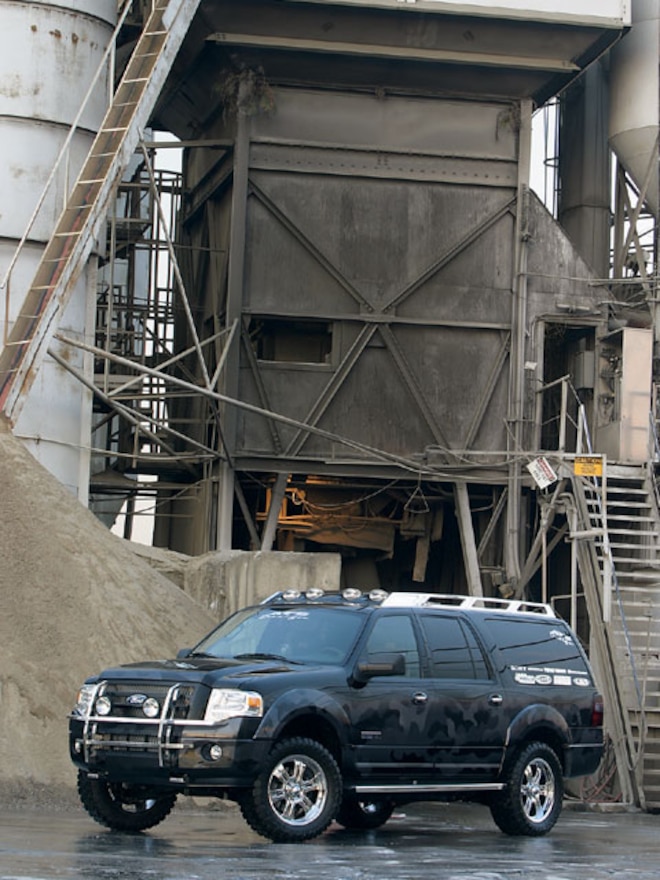 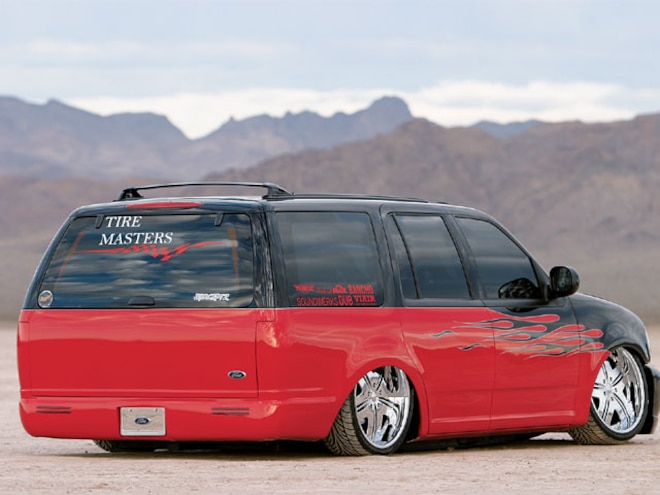 - OF
By Monica Gonderman
703 Articles