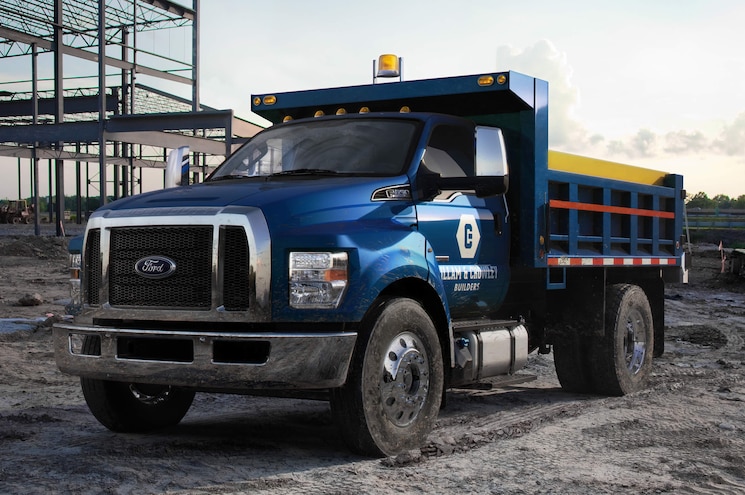 Bold moves.
That’s the best way to describe what Ford will be doing with its Class 1 through Class 7 vehicle line over the next 18 months. From the Transit Connect cargo van to the 2016 Ford F-650 and F-750 shown here, Ford’s commercial truck and van stable is poised to explode with all-new or significantly refreshed vehicles. For the first time, the medium-duty F-650 and F-750 will be 100-percent Blue Oval. Read on to see exactly what we mean. 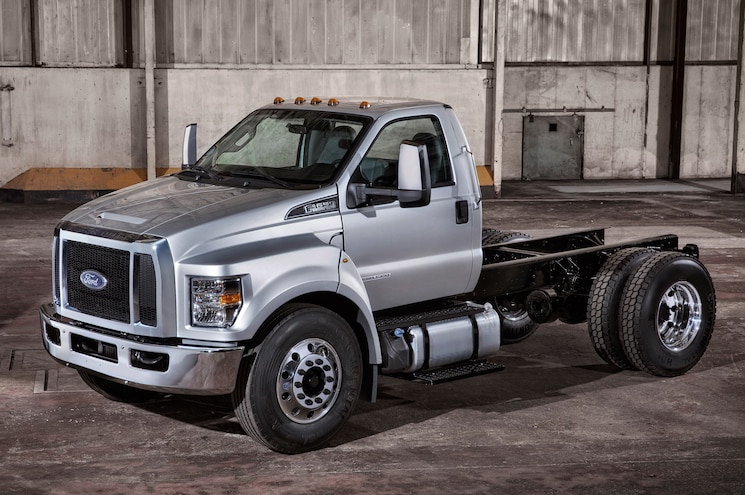 View Photo Gallery | 6 Photos
Photo 2/6   |   2016 Ford F 650 Super Duty Front View
No More Outsourcing
It’s similar to the vertical integration approach taken by many Class 8 truck makers, where the powertrain and chassis are designed, tested, and manufactured in-house. A complete integration strategy allows for 100-percent control over the powertrain (no third party engine or transmission supplier, for example). This means no more Cummins engine option on F-650 and F-750 trucks. Instead, a revamped, second-generation 6.7L Power Stroke diesel V-8 and proven six-speed TorqShift automatic combination will be the premiere powertrain package for the F-650 and F-750, making Ford the sole medium-duty truck manufacturer offering its own engine and transmission combination.
The Power Stroke mill spec’d for the F-650 and F-750 platform will be available in three different horsepower and torque levels, all of which come with a 5-year/250,000-mile limited warranty. Drivability with the Power Stroke will be greatly enhanced, thanks to a Tow/Haul mode that includes an integrated engine brake switch. Drivers will also have the ability to initiate their own regeneration cycles (cleaning the trapped soot out of the diesel particulate filter) via an on-demand switch. This will allow operators to maximize both work performance and fuel economy. Intelligent Oil Change Monitoring is standard, where oil changes are dictated by driving patterns and load demands, instead of fixed distance intervals. The 6.8L V-10 gas engine will also be an option (now for both the F-650 and F-750 trucks). The 6.8L can be factory prepped for converting to compressed natural gas (CNG) or propane as a more cost-effective alternative to traditional gasoline. 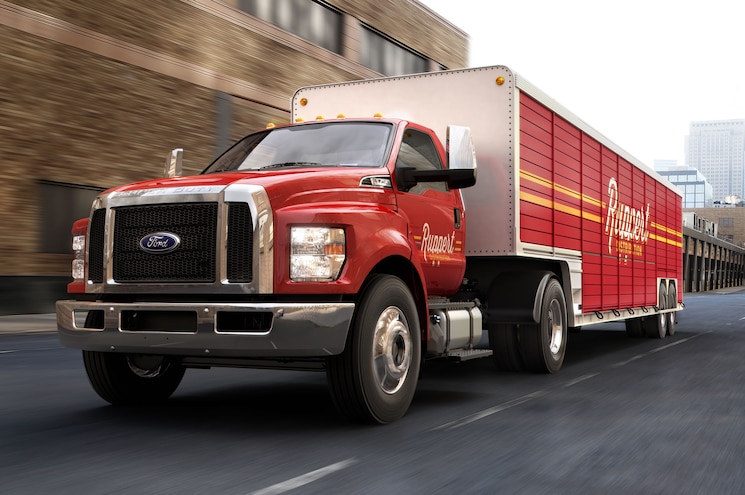