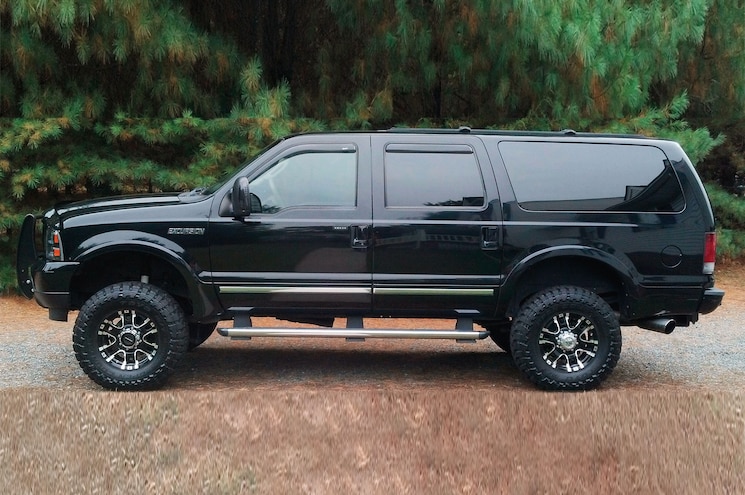 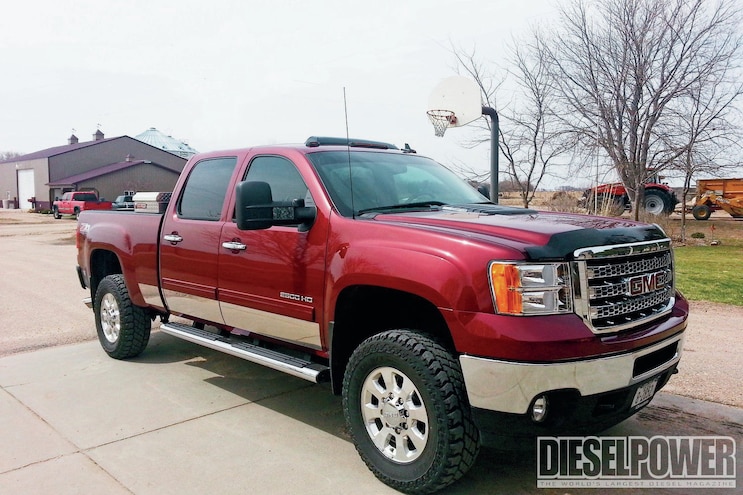 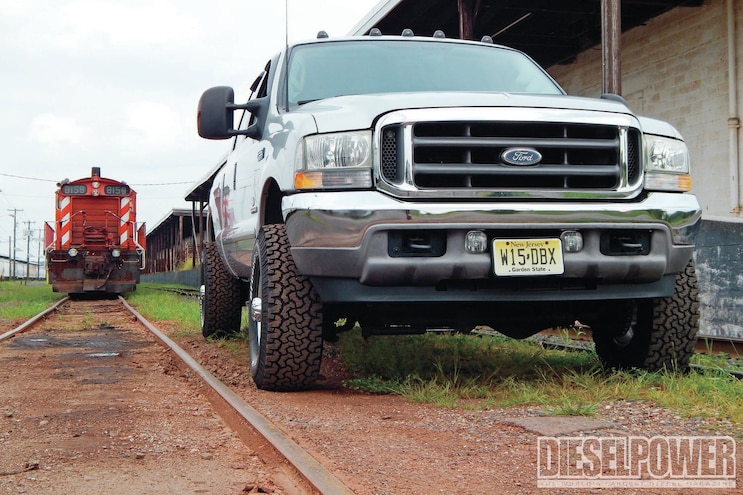 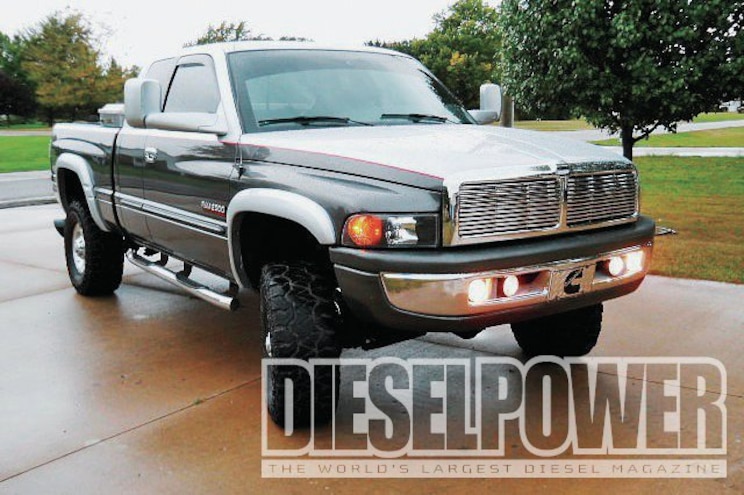 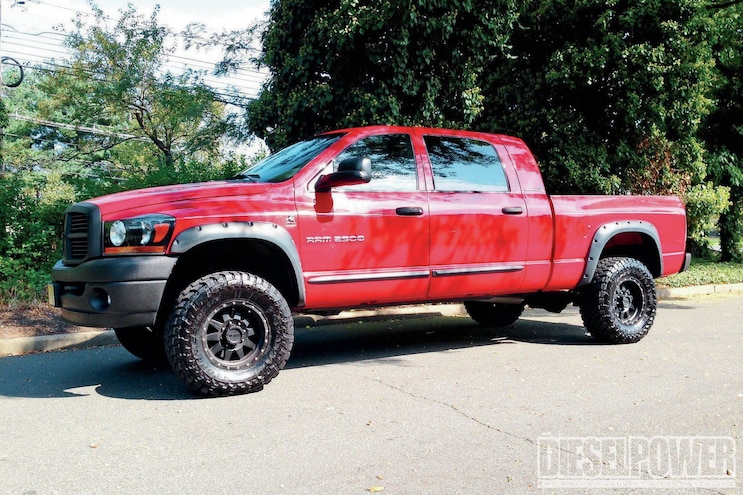 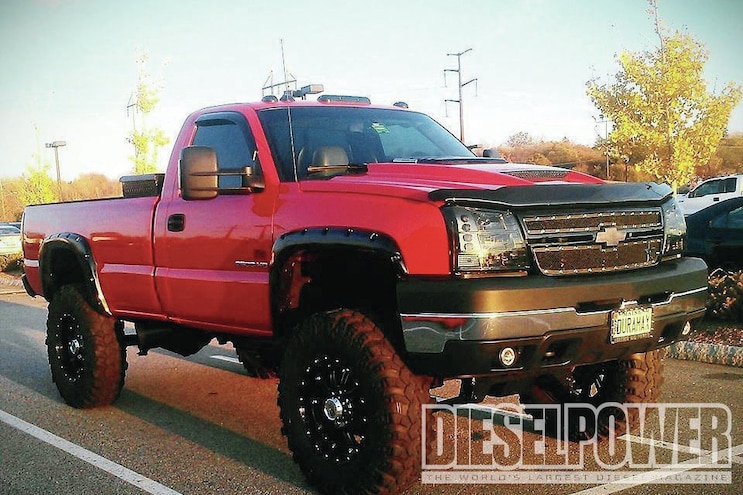 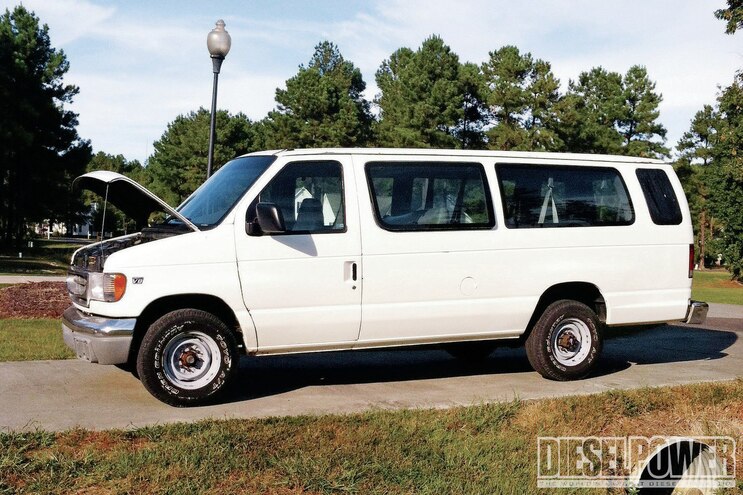 View Photo Gallery | 8 Photos
Photo 7/8   |   2000 Ford E 350 Super Duty Side View
Free Diesel
Year/Make/Model: 2000 Ford E-350 Super Duty
Owner: Robert Ellis
Hometown: Creedmoor, North Carolina
Odometer: 444,574 miles
Fuel Economy: 16 mpg
Engine: 7.3L Power Stroke V-8
Transmission: 4R100 four-speed automatic
Mods: HPOP reservoir oil change, new batteries, engine oil and filter change, and a resonator delete
Owner says: “I have been a longtime subscriber to Diesel Power and recently acquired my first 7.3L Power Stroke. A friend asked me if I wanted a 15-passenger van. It was an E-350 with the Power Stroke engine, and best of all I could have it for free! He said he parked it in 2012 after having some driveability issues. So I towed it home, added 2 quarts of oil, installed new batteries, and it fired right up. I’m not sure what I’m going to do with it, but I can now check ‘own a 7.3L Power Stroke’ off the list.” 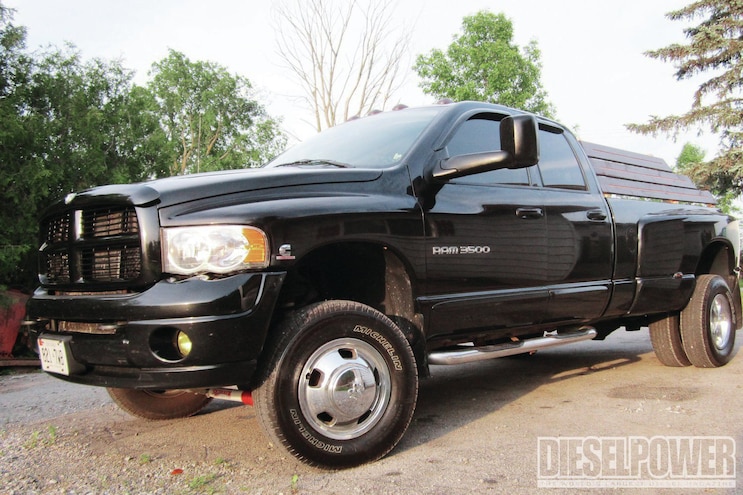 Want to see your ride featured in Readers’ Diesels? Please send a high-resolution photo and complete list of specifications to dieselpower@sorc.com.