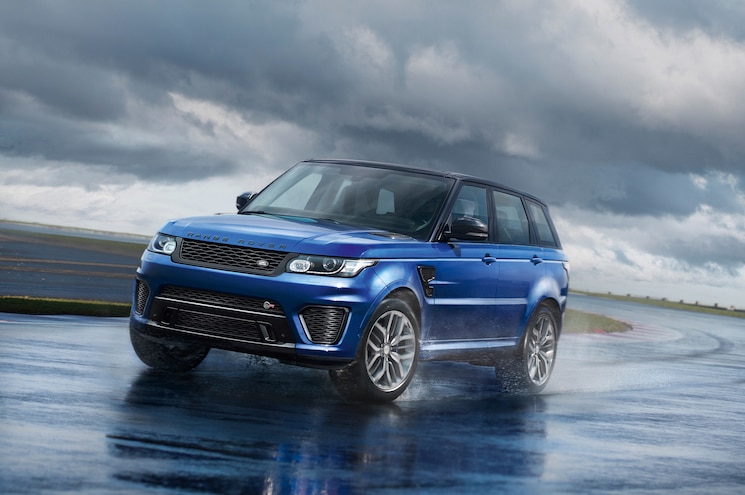 Just listening to its growling, crackling exhaust note, we knew the Range Rover Sport SVR would be packing some serious performance potential, enough to put it among the ranks of the Porsche Cayenne Turbo and Mercedes-Benz ML63 AMG. Today, Land Rover can claim the SVR has the fastest Nürburgring lap time for an SUV, beating the next-fastest Porsche Macan Turbo by one second with an 8-minute, 14-second time. 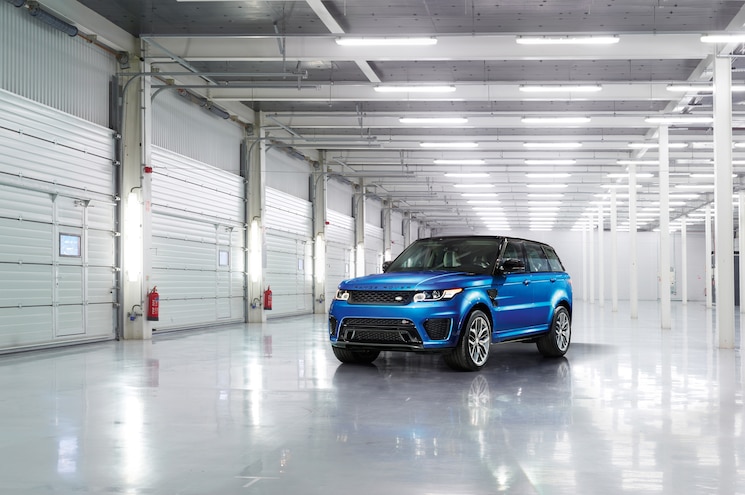 View Photo Gallery | 10 Photos
Photo 2/10   |   2015 Land Rover Range Rover Sport SVR Front Three Quarter
Naturally, records are made to be broken, and it’s probably just a matter of time before this one is as well. However, to put that time in perspective, here are some other performance thoroughbreds the SVR runs neck and neck with: Its time makes it faster than the first-generation Porsche Cayman S, just one tick behind the Mercedes-Benz C63 AMG, and faster than a Lexus IS F tested in 2007. 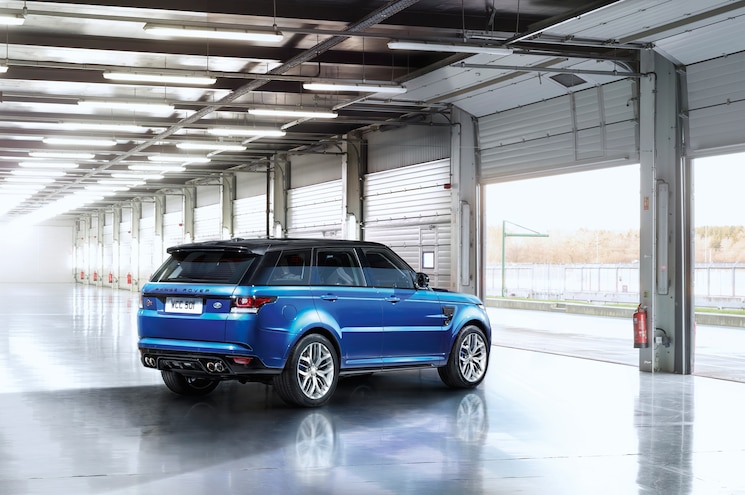 View Photo Gallery | 10 Photos
Photo 4/10   |   2015 Land Rover Range Rover Sport SVR Front Three Quarters
We can’t say we’re huge fans of the recent trend of artificially created sound to impart a performance “feel,” but we can appreciate that Land Rover’s ironically named SVO division saw fit to program in an exhaust “crackle” on off-throttle deceleration. Of course, if you find that anti-social sonic signature offensive, you can turn your SVR to “quiet mode.”
Despite all its high-performance, track-tuned hardware, the Range Rover Sport SVR has lost none of the off-road capability of the standard Sport, with a 2.93:1 low-range, adjustable-height suspension, optional locking rear differential, and a water fording depth of up to 33.5 inches.
Of course, this level of performance rarely comes cheap, and with a starting price of $111,400 including $925 for destination, neither does the SVR. But if you need to have the ultimate go-anywhere, do-anything SUV with sports-car-humbling performance, you’d be hard-pressed to find a vehicle as capable as this for much less.
Source: Land Rover