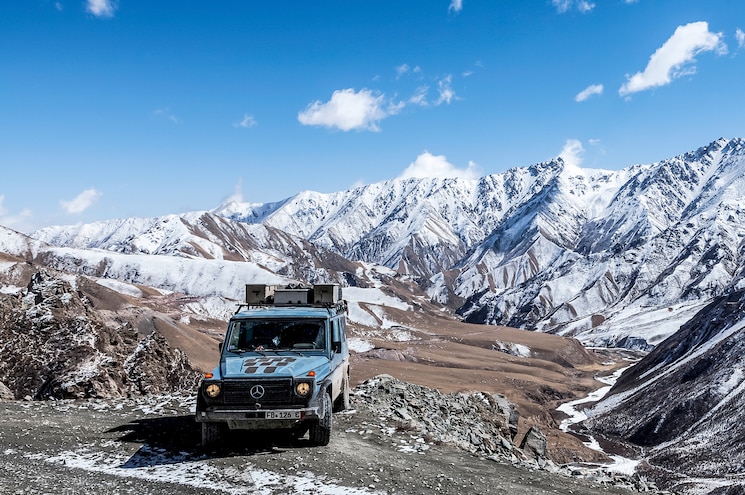 In 1988, Gunther Holtorf set out from his native Germany in a 10-year-old Mercedes-Benz Geländewagen headed for Africa. Nearly three decades later, what was meant to be a relatively short trip has turned into a world record for most countries visited by car that neatly coincides with the G’s 35th anniversary.
According to Daimler, Gunther and his wife, Christine, spent 26 years in the Mercedes 300GD, covering more than 550,000 miles and visiting 215 countries in the process. Amazingly, the G-wagen, which Christine named Otto, is still using its original engine, and following a short promotional tour around Europe, Otto will take up new residence in the Mercedes-Benz Museum in Stuttgart. View Photo Gallery | 14 Photos
Photo 2/14   |   Mercedes Benz 300 GD Front Three Quarters 02
Gunther and Christine occasionally interrupted their round-the-world trip and returned to Germany, but the G-class always waited behind for them to resume their excursion. At one point, it remained in South America for a year while Gunther and Christine took care of personal business. However, the truck was pressed into service immediately upon the couple’s return from Germany.
According to Daimler, the SUV covered more than 150,000 miles in rough conditions -- gravel, washboard roads, mud, and steep uphill climbs. Gunther says that the only modifications he made to the vehicle were heavy-duty springs and shock absorbers, likely to handle the extra weight of all of the overlanding gear they had to carry with them.
“Otherwise, 'Otto' remains like any series-production vehicle,” Gunther said. “The entire drivetrain, with the engine, transmission and axles, is still original. Neither the frame nor the body have shown any signs of fatigue." 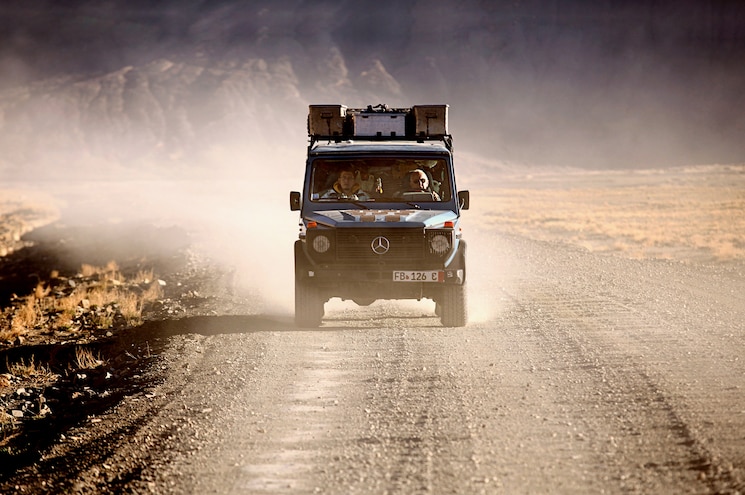 View Photo Gallery | 14 Photos
Photo 6/14   |   Mercedes Benz 300 GD Front End
According to Daimler, Gunther spent about 3.5 total years in drive time, and the team likely spent about six cumulative months waiting at border crossings. Otto saw the inside of 41 shipping containers and underwent 113 deep-sea ferry rides. The SUV spent time at Mt. Everest’s base camp, at an elevation of about 17,000 feet above sea level, and saw both Death Valley and the Dead Sea, each around 400 feet below sea level. Siberia and the Australian Outback represented the expedition’s temperature extremes, at -17 degrees and 122 degrees Fahrenheit, respectively.
The end of the expedition closely coincides with the G-wagen’s 35th anniversary. To celebrate that milestone, Mercedes-Benz will offer a special G-Class to European customers. The Edition 35 (offered on the G350 BlueTEC and the G500) will come in Obsidian Black Metallic, designo Mystic White Bright, or Palladium Silver exterior paint, with Obsidian Black accents for the fender flares, door mirrors, front and rear bumpers, and roof. The wheels come in gloss black as well. 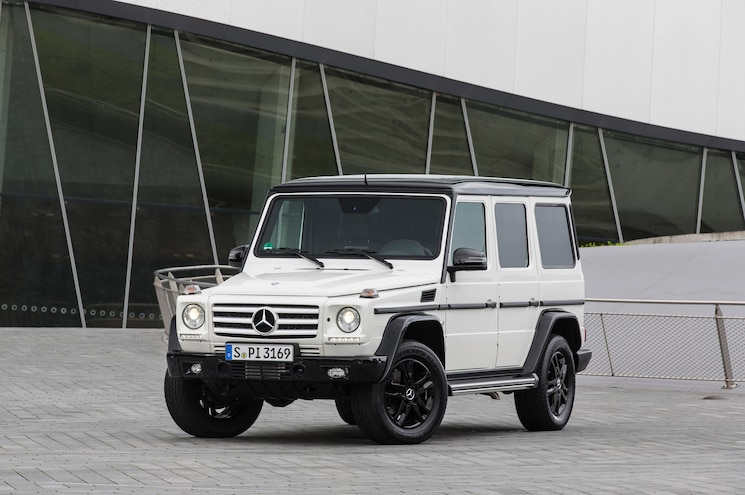 View Photo Gallery | 14 Photos
Photo 10/14   |   Mercedes Benz G350 BlueTEC Edition 35 Front Three Quarters
Designo leather covers the interior, in either single-tone black or two-tone porcelain and black, with red stitching. The G350 BlueTEC with the Edition 35 pack starts at €84,900 ($107,635.37), while the G500 Edition 35 will set the German buyer back €94,800 ($120,186.49), before Germany’s 19 percent value-added tax is figured. Those figures represent a price jump of €11,735 for the G350 and €9,035 for the G500.
It seems a bit strange to us to gussy up the G-wagen with fancy wheels, paint, and leather to commemorate 35 years of military service and overland travel, but let’s be honest: No one who buys a new G is terribly concerned with traversing sand dunes or negotiating rutted fire roads. That’s a shame, because the big box is just as capable as ever.
Source: Daimler 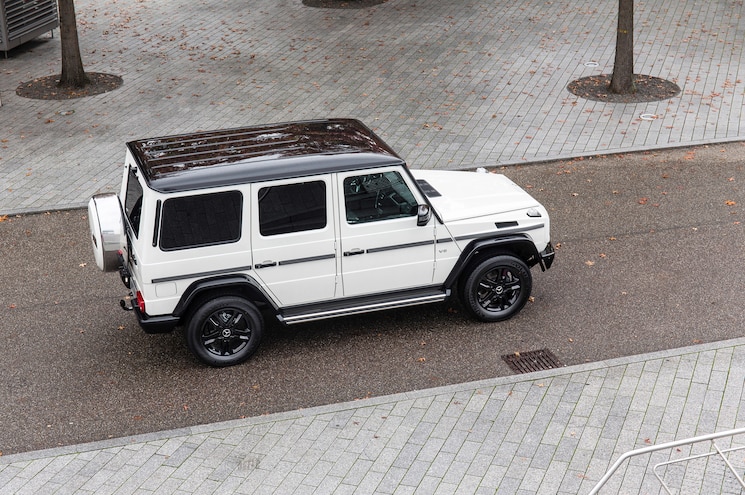