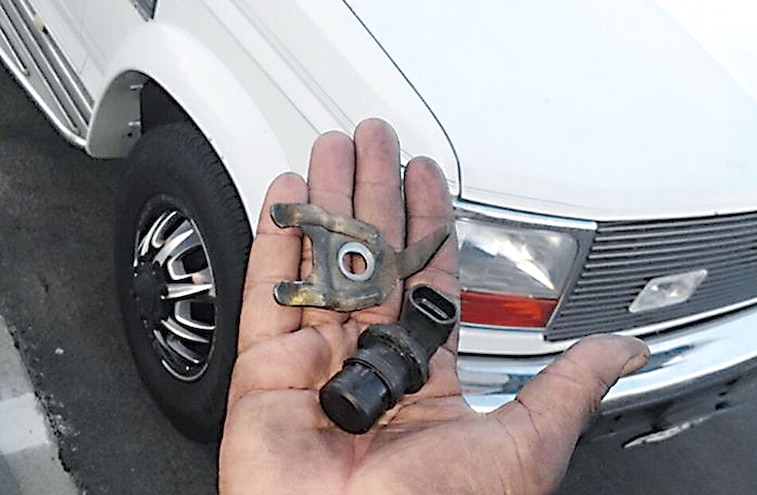 In today’s times of “short money,” “limited funds,” “empty pockets,” and just plain “being broke,” nothing sucks worse than having a vehicle go down—especially for something major. For me, a critical part failure on any of my cars or Big White usually causes high anxiety for my normally calm self (for those of you just getting up to speed, Big White is my ’95 Ford F-350; and no, I’m not selling it).
Does this sound crazy? Well, I believe my worry is justified somewhat, because although I possess a solid amount of mechanical aptitude, ability, and skill—as well as a “bitchin’ set of tools” I’ve amassed over many years—I really am uptight about my rides, and being this way usually has me deferring work to professionals when something is beyond my skill level or facilities limits, and definitely past my patience threshold. Examples of this include (but are not limited to): some of the moredetailed, computer-focused operatives of today’s vehicles, or replacing piecesthat require a person who is part contortionist/part Zen master to access.
In early April 2014, the aforementioned fiscal deficit and an urgent need to get Big White back online after her 7.3L suddenly stopped running— and REFUSED to start again (crank/no-start ad nauseam)—forced me to go beyond performing the general maintenance tasks I have always done and take on getting to the bottom of things myself.
Having never done any deep repair on a diesel engine before, I admit I was concerned. I had no clue why the engine didn’t run, and I anticipated this problem was going to open the floodgates to other engine maladies that would quickly become expensive to correct. Big White had been so good to me for so long. Why now?! was all I could think about the situation.
After consultation with my buddy Rick Champlin at Richard Champlin Diesel Repair in Fontana, California, I learned that with the 7.3Ls, if it isn’t fuel (or lack thereof), it’s the camshaft position sensor. Rick also explained, “They all do it. Once you replace that cam sensor, you’ll never have the problem again.” Apparently, time and the bumps and vibrations of the road cause the sensor to break up internally, which eventually leads to sudden engine shutdowns, difficult starting, and finally an inability to start at all. I confirmed the engine was getting fuel and then I went to my local Ford dealership and purchased the part for $30—a “win” as far as I was concerned, because I thought it would cost a lot more.
Once I crawled under the truck and located the sensor on the engine, I then realized removing and replacing this piece isn’t as daunting as I thought it would be. The only tool required is a simple, 10mm ratchet wrench (or deep socket, 3-inch extension and ratchet) for removing and reattaching the sensor from and to the engine’s front cover. The electrical side of the operation is plug-and-play simple. The entire procedure took 30 minutes.
As I installed the new sensor, I couldn’t stop thinking about the money I saved (towing Big White to the dealer and paying as much as $650 for the repair) by making it a DIY project. Once I actually saw what the deal was, I also realized the procedure is not worth $650, in my opinion (no offense to dealerships and their technicians, of course).
While deferring to the pros is the smarter move for novice mechanics and tinkerers, I acknowledge that yes, it typically is the more expensive move. But, the costs for repairs are what they are, and we pay with trust that work is done correctly, and it’s supported by a warranty.
Although I was able to get Big White back on the road myself, I won’t say I’m ready to take on bigger diesel jobs yet. However, now that I’ve broken the ice on actually working on my truck, I just might have to start stretching and honing my contortionist moves, work on having more patience, and at least consider trying to correct any future problems Big White may have—before making an appointment at the dealership.
By KJ Jones
133 Articles