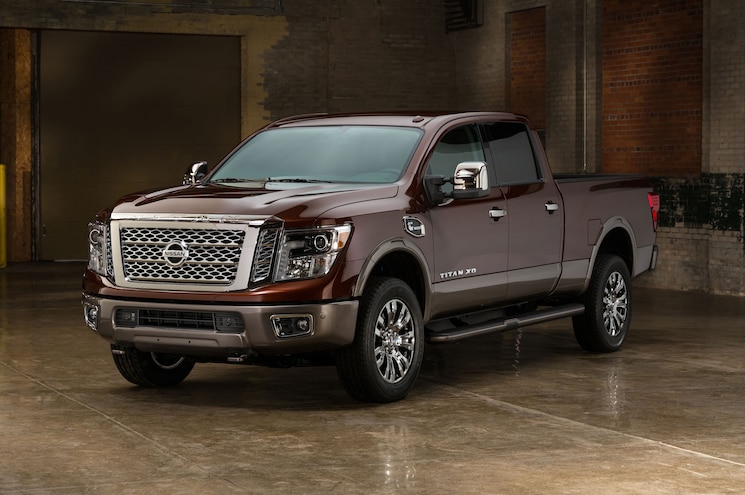 The 2016 Nissan Titan XD is a bold departure from its predecessor and is attempting to bridge the 1/2-ton and HD segments with some unique features for the light-duty class. Even a glance over its specs show it’s serious about doing some real work. Here are five interesting technical tidbits about the 2016 Titan XD.
1) Bigger Brakes than Ford or GM HD Trucks
The Titan XD features 14.2-inch front and 14.4-inch rear ventilated discs. The Ford F-250 Super Duty has 14.29 discs front and rear, and the GM 2500 HD trucks have 13.98-inch front and 14.17 rear discs. The specs on these beefy binders show that the Titan XD is built for towing and hauling. 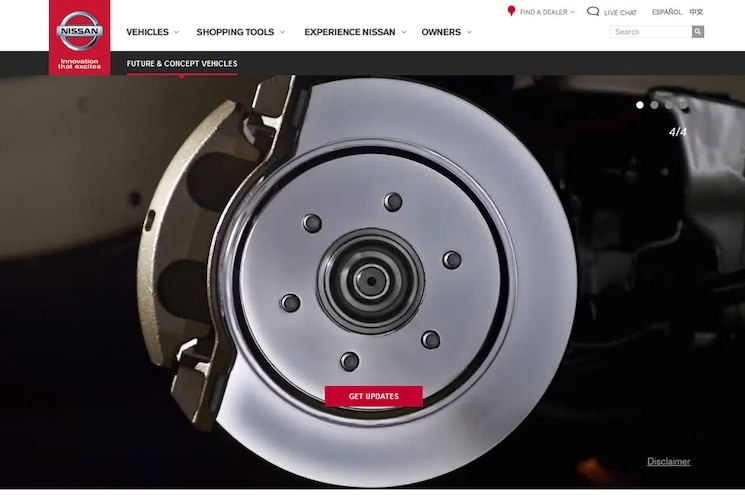 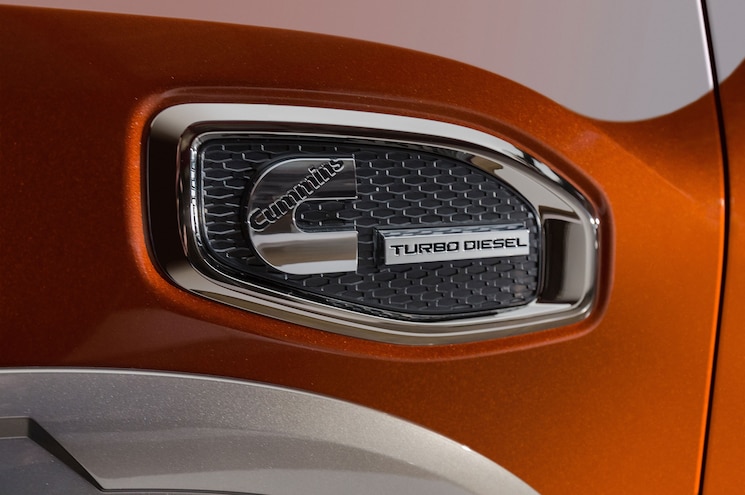 View Photo Gallery | 6 Photos
Photo 3/6   |   2016 Nissan Titan Xd Cummins Fender Badge
3) Only Non-HD with Integrated Gooseneck Hitch
Gooseneck hitch mounting points are relatively commonplace on HD trucks, usually standard on 1-ton models. However, they’re rare on ½-tons, and the light-duty trucks that do have them usually have them as aftermarket conversions, not factory equipment. 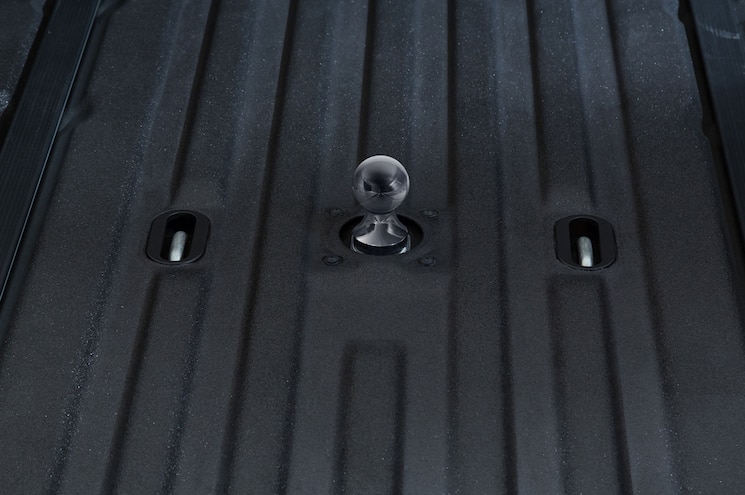 View Photo Gallery | 6 Photos
Photo 4/6   |   2016 Nissan Titan Xd Gooseneck Hitch
4) Frontal Styling Dictated by Engine
The Titan XD has a different front-end design than the non-XD models, but it’s not just because of Nissan making it want to stand out. The design was partially dictated by the larger physical size of the Cummins engine relative to the other powerplants that will be offered on the Titan, including the intercooler and the dual batteries. 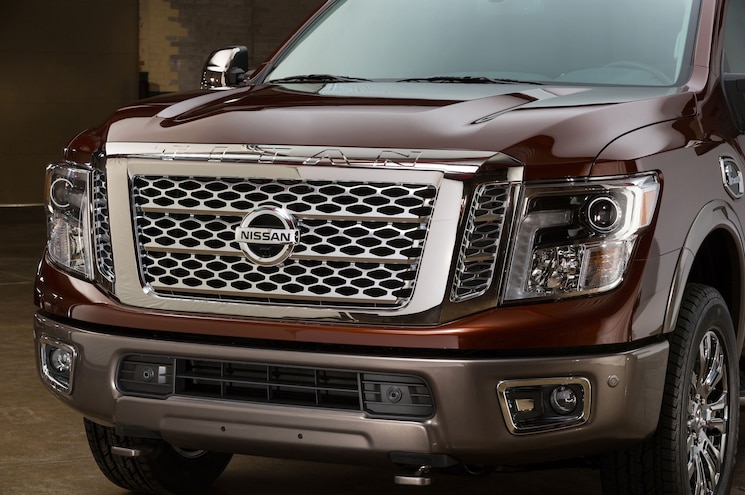 View Photo Gallery | 6 Photos
Photo 5/6   |   2016 Nissan Titan Xd Platinum Grille
5) First Fullsize with In-Bed Power Outlet
The Titan XD isn’t the first truck to offer an in-bed 120-volt AC power outlet, with that distinction going to the Toyota Tacoma, but it is the first fullsize to offer the feature. That said, don’t count on making margaritas on the tailgate, as the load specification for the outlet will probably be better suited to trickle-charging cordless tool battery packs. 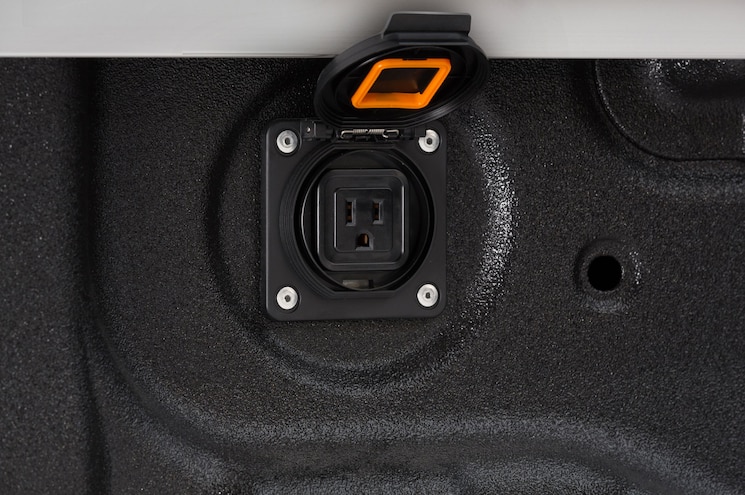