I Refuse to Answer - Garage Editorial 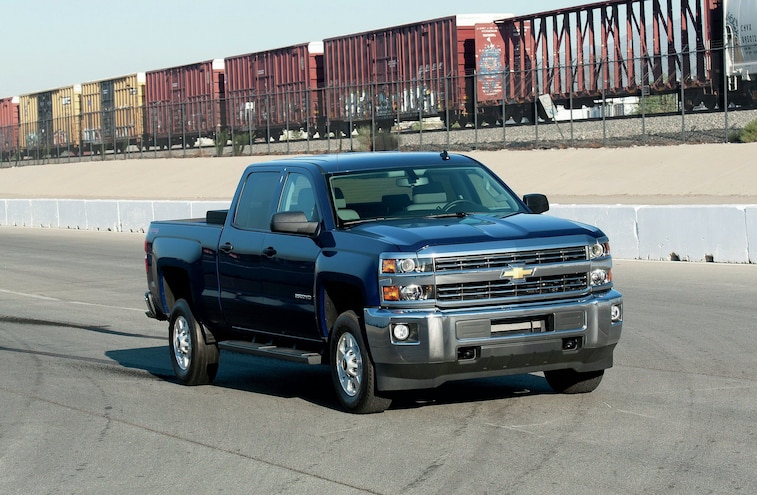 Today was the day. I unplugged the battery charger (you know how those electrical gremlins can be), shut the hood and eventually got it to lock, and proceeded to the driver side. To my dismay, I discovered I had left the window open, which meant some lucky lady black widow was certain to have made herself a new home—inside my cab. You see, today was the day I drove my truck. Now, this was no ordinary truck. This was my custom truck, my first love at age 16 when it was nearly brand new—and I was a brand-new driver—and 14 years later, still the apple of my eye. What it did lack was a lot, really: A/C, power windows (and most power accessories), abundant protective airbags, horsepower...but indeed it was still the object of my affection.
We’ve been through a lot together. I knew every one of its peculiar quirks, its multiple shortcomings, all of its past failures, and its next potential failures. I knew what the unmarked, jerry-rigged switches did, what squeaks and creaks were normal and abnormal, and when to simply turn up the radio. I knew where to bang and tap and what the numbers on the miscellaneous gauges should read. I had been its sole, protective owner and operator for a long time. Or at least I thought I knew all these things. Sometimes ignorance is bliss!

View Photo Gallery | 3 Photos
Photo 2/3   |   Trucks certainly have advanced over the years, but would I give up my indigo blue custom ’99 Chevrolet for this brand-new topaz blue ’15?
Anyway, I drove my truck today, and it was wonderful. There was something so comforting about being in that driver seat. I could shift its manual transmission in my sleep, I know its clutch so well. My truck and I used to hang out all the time; sometimes three or four nights a week we’d enjoy each other’s company, even if it meant just chilling in a parking lot with friends and a cup of coffee. Whereas normal rush-hour traffic brought on stress, during this particular drive, I was only bombarded by a rush of memories—good memories. I rolled down the window (none of that modern luxurious air conditioning or the perks of power windows) and suddenly felt the resurgence of the younger, carefree me that I liked and partially missed. I actually enjoyed that commute home. It wasn’t that I wanted to be that 16-year-old me again (as adulthood has its definite perks, including this job), but I sure didn’t mind it for a mere hour.
I wouldn’t give up my ‘99 Chevrolet truck for any new truck. It means the world to me. Of all people, you can probably understand this sentiment.
I wouldn’t give up my beloved custom truck…or would I? Or had I? Gasp. You see, recently I had the privilege of spending some time behind the wheels of multiple new trucks and SUVs. Suddenly, I knew. For the very first time in my life, I knew just how much my beloved Chevrolet was actually lacking. For better or worse, I had experienced what $70k offered: horsepower, torque, heated and cooled seats, lane departure warnings, LED lighting, dubs, sunroofs, “smart” windshield wipers and headlights, park assist systems, satellite radios, leather interiors, confidence that a call to AAA shouldn’t be necessary, and so on. The bottom line was that my eyes had suddenly been opened to a whole new world of fabulous, fascinating vehicular technology, and I had to admit—even though I didn’t understand much of what the futuristic buttons and knobs did, part of me liked it. Part of me gravitated toward the comforts and “tightness” offered by these modern machines. Driving them was just so…easy.
So would I truly give up my ‘99 Chevrolet pickup in favor of owning a new truck? I refuse to answer. I can only hope it would never come down to such a “trick” question. Can’t there be room for both old memories and new technology to coexist? Can’t we benefit from both experiences? 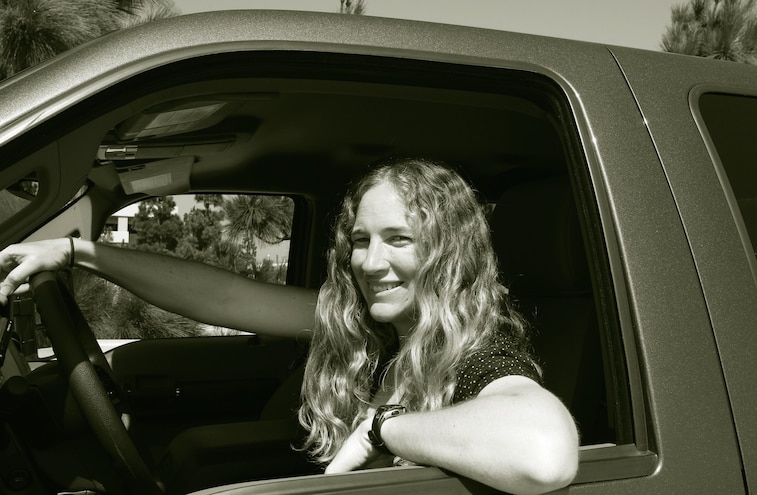 View Photo Gallery | 3 Photos
Photo 3/3   |   Monica Gonderman
Would you give up your beloved custom truck for an admittedly superior new truck?
Email me at: mgonderman@enthusiastnetwork.com.