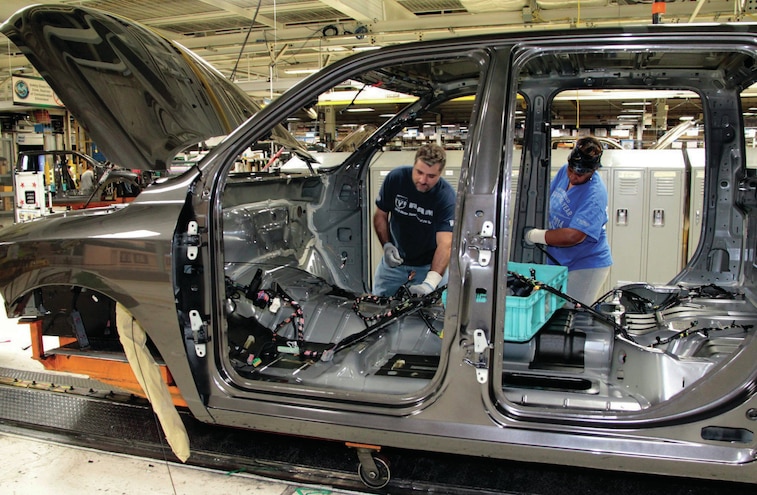 High Ram Demand?
Ram’s Warren Truck Plant is 76 years old and is about to go through a redesign of 353 workstations—which could equate to five more trucks made per hour, or 100 more a day. Or: 28,585 more trucks a year.
How Safe Are Those Guardrails?
The Safety Institute, along with the University of Alabama at Birmingham and the Missouri Highways and Transportation Commission, studied the severe injury and fatality rate of various guardrail end terminals in two different states. Findings? It looked at eight years of data from incidents in Missouri and Ohio with five different guardrail end terminal designs and compared four designs against the ET-2000, a crashworthy, energy-absorbing end terminal. In one example using the ET-Plus, it was 1.36 times more likely to produce a severe injury and 2.86 times more likely to have a fatality compared to the ET-2000. Other findings? They really need to do more research.
Mercedes-Benz Future Truck 2025
Look, you can’t avoid it. Autonomous vehicles are the future—or at least are going to keep popping up in concept form for a while. Case in point: the autonomous driving truck from Mercedes-Benz called Future Truck 2025 (which sounds like a galaxy far, far away, but you do the math). R&D has shown the truck to reach speeds of about 50 mph, and it relies on radar sensors and cameras for its driverless operation. The driver seat basically becomes an office chair—or can be an easy chair—when autonomous mode is happening, swiveling 45 degrees in order to allow the driver to not pay attention to the road. 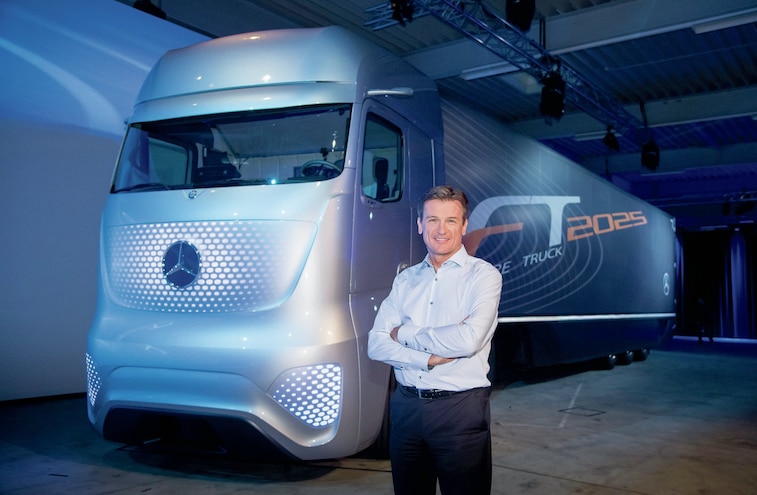 View Photo Gallery | 6 Photos
Photo 2/6   |   Mercedes Benz Future Tuck 2025
Volkswagen Tristar Concept
Is this going to be a future pickup from VW? Tristar is VW’s commercial-vehicle side of things, and this vehicle is based on the T model series. The concept here is to be functional as a moving office for everyone from gardeners and film crews to outdoorsy types, according to its maker. It runs on a 2.0L TDI engine, has a DSG seven-speed transmission, features 4Motion all-wheel drive coupled with a rear diff lock, and has…an espresso machine. 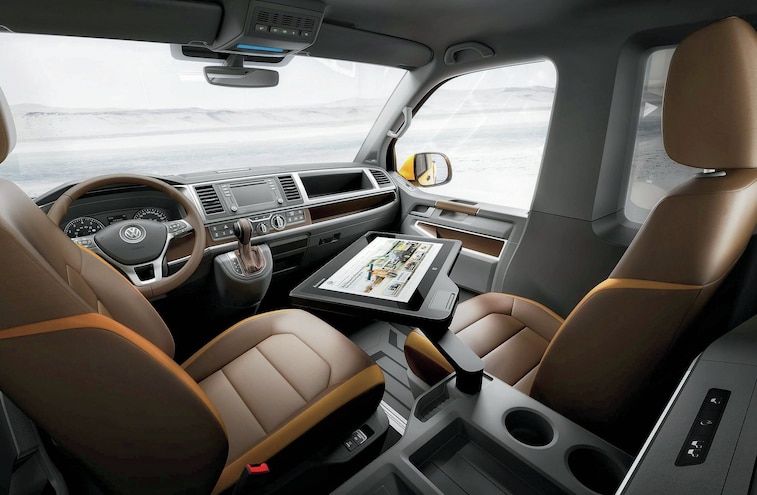 View Photo Gallery | 6 Photos
Photo 3/6   |   Volkswaged Commercial Vehicle Concept
Eaton’s New Medium-Duty Dual-Clutch Transmissions
Eaton’s got a new line of medium-duty dual-clutch transmissions, which it’s calling Procision. The seven-speed has dual clutches and electronic shifting that uses not only vehicle weight but also the grade and throttle input to sort out its efficiency. Watch for the Procision line in mid-2015. 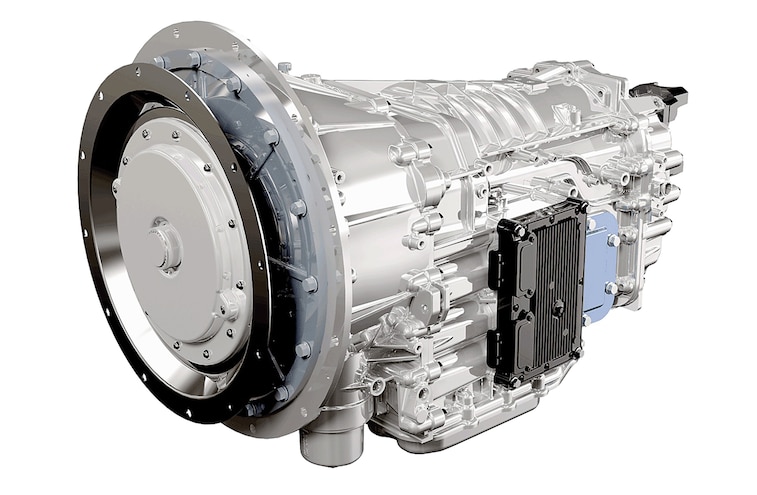 View Photo Gallery | 6 Photos
Photo 4/6   |   Eaton Transmission
Super Duty F-450 Gets Best-in-Class Towing
Yeah, yeah, Ford and Ram are still going at it with their wiener measuring regarding towing bragging rights. In the meantime, Ford used the Society of Automotive Engineers J2807 standard in order to determine that its Class 3 F-450 truck has the highest rating of any pickup in its class, thanks to 31,200 pounds. That new, second-generation Power Stroke is certainly earning its keep. 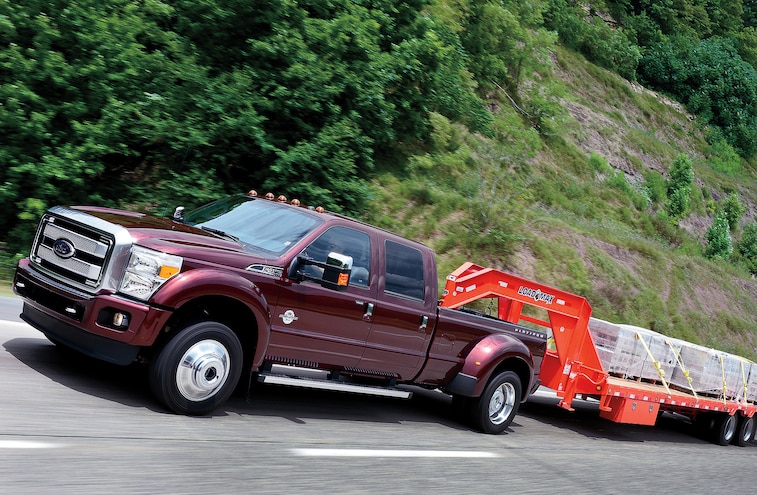 View Photo Gallery | 6 Photos
Photo 5/6   |   Ford F 450 Super Duty
And the Most Expensive Vehicle Insurance Award Goes To…
According to insurancequotes.com, which looked at average premiums in 25 metro areas, Detroit has the most expensive vehicle insurance. Drivers there pay 165 percent more than the national average. New York, Miami, and Los Angeles followed. The cheapest nod went to Charlotte, with Cleveland and Pittsburgh not far behind.
“It’s not police militarizing schools.”—San Diego Unified School District Police Chief Ruben Littlejohn to KPBS about the district adopting a mine-resistant ambush protected vehicle, aka MRAP, like the Marines use, through a Department of Defense program 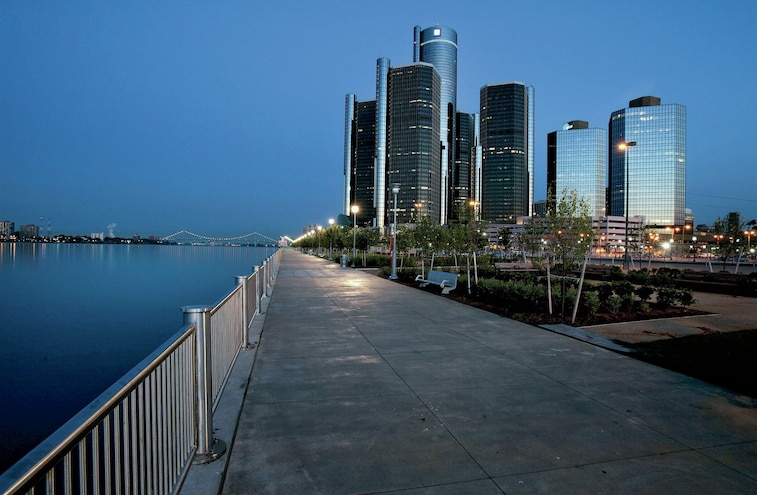 View Photo Gallery | 6 Photos
Photo 6/6   |   Urban City
More to Know
-Air Lift Company has hit 65—65 years, that is. And it’s going to mark the occasion with the addition of 40,000 square feet to its Lansing, Michigan, HQ. Sounds like loads more suspension manufacturing can take place.
-Speaking of aging gracefully, GM turned 106 years old on September 16, 2014. The Census Bureau found it notable enough to use as a Profile America.
-And another number…Michelin and restaurants may seem like strange bedfellows, but the Michelin Guide New York City 2015 proves otherwise. It named 126 NY restaurants to its Bib Gourmand designation, meaning quality eateries with memorable food that is affordable. This is the 10th edition.
-Ford had hoped to create 12,000 hourly jobs in the U.S. by 2015. By the time we went to press, 14,000 had been created. It helped that there’s been major demand for the Transit commercial rig.
-Also, Ford has made its five-millionth Super Duty.
-Pep Boys is now selling apparel and accessory lines featuring brands like Chevy, Ram, Ford, and Mopar. There are Ts and belts, jackets and hoodies, and even phone cases.