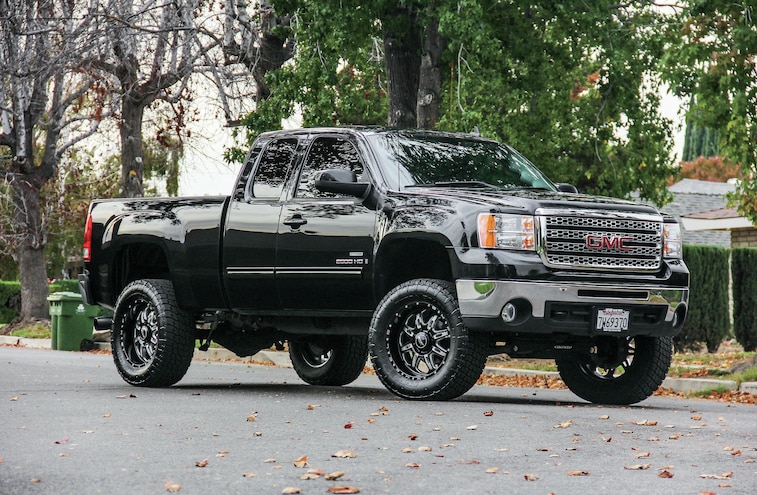 I never thought much about HD trucks until the last couple years. I’ve always had half-ton trucks because they always did the job for me. Everything I needed to tow cruised right behind the many half-ton trucks I’ve owned over the years with no issues (which included mostly other half-ton trucks and the occasional boat or Cadillac). Then, I had an experience a couple years ago that changed my perspective forever.
I was making a late-night run up to Central California to work on a ’71 Suburban ¾-ton I had. Ironically, the goal was to spend the weekend at the family cabin swapping out the heavy-duty suspension for performance half-ton stuff I’d accumulated over the years, but that’s another story. Anyway, I was travelling up the infamous grapevine on I-5, driving my half-ton Sierra, towing a flatbed trailer with the ¾-ton on it. Let me paint this picture for you: The wheels were barely on the trailer, and the 3-foot overhang was out over the asphalt. Besides that, I later learned that those 3/4-ton rearends are about 300 pounds heavier than their half-ton cousins. I started up the grade and hit the tow button and charged up the hill without issue. Of course, that is the easy part, right? I’m sure you can guess what happened next. As I descended down the other side, the trailer started pushing the truck, all the weight hanging off the back made the truck start fishtailing, and the brakes began to fade, it was good times for sure, especially when the highway is littered with 18-wheelers doing 35 mph! After the old death grip on the wheel and holding steady I finally got the truck downshifted to Second gear, where I fell in with the big rigs and happily took my sweet time heading the rest of the way down the hill.
After gaining firsthand knowledge of the joys of towing beyond your means, I began looking at HD trucks in a different light. I also started to realize that a great many of my friends and industry folk have a ¾ or 1-ton “forever” truck sitting on the bench that they break out for all of their towing and hauling needs. I’ve come to the conclusion that I need something like that for myself. But that just opens a big can of worms. Do I get the newest truck I can afford? Do I get something older and do the necessary upgrades? Or do I go with vintage tin and retrofit a late-model powerplant and other modern amenities?
I have friends doing each at the moment: A buddy with a late-model GMC 2500 that is in the process of being lifted and fit with a plethora of power adders. Another with a 10-year-old Super Duty, who is doing some upgrades here and there to keep it updated. Yet another with an ’89 GMC ¾-ton that has a nice lift on it, but is in need of just about everything else. And finally, a future Truckin cover truck that started life as a GM square-body dualie and is now a Crew Cab 4x4 with a huge lift, built Cummins, and modern interior with all the creature comforts. All of them sound like good ideas, and have the potential of being the forever truck that would make a great project for the magazine. And, like I often do here, I’m putting the question to you: What is your favorite type of heavy-duty build? What sorts of stories would you like to see us cover, the standard upgrades or complete drivetrain update? Your answers just might dictate my next purchase! 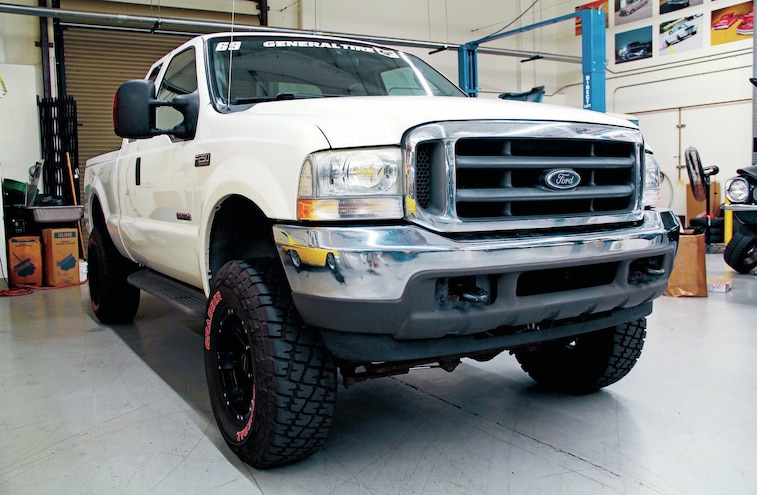