The jokes on me 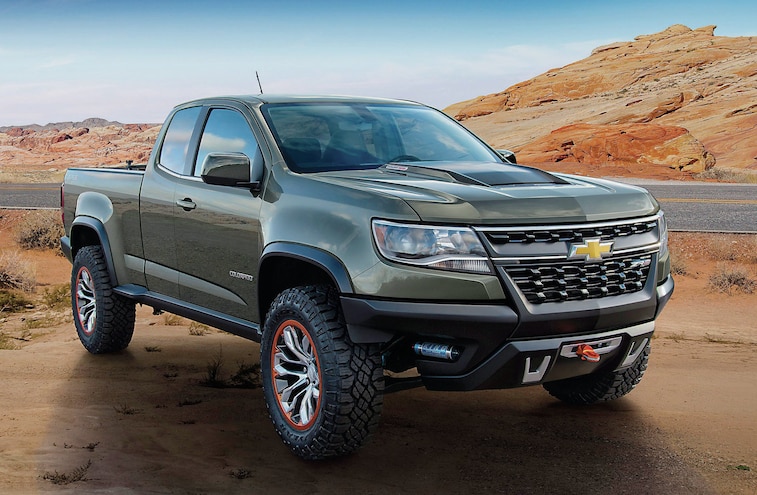 Have you ever figured out the punch line to a joke a bit late? How about nine years after the fact? I hate to admit it, but that happened to me a few days ago. While preparing to write about the “Duramax Diesel” badge on the new ’15 Chevy Colorado ZR2 concept and how I like it much better than the ones used on the hoods of current ¾- and 1-ton General Motors trucks, I remembered a conversation with a GM employee from almost a decade ago—and realized I had been a total rube.
The jokester was running the starting lights at a diesel drag race event we were covering and my media pass allowed me to take up-close photos of the trucks as they launched. That gave us plenty of time to talk between runs, and I ended up pegging him with questions about working for a company that I find absolutely fascinating. I learned to drive behind the wheel of a ’70 GMC with a big-block engine, so I’m personally (but not professionally) biased toward GM products. While I don’t doubt his description of high-performance secret “skunkworks” products he helped design (because David Kennedy, Diesel Power’s editor at that time, vouched for him), I’ve come to realize one of our last conversations that day was a joke—played on me. 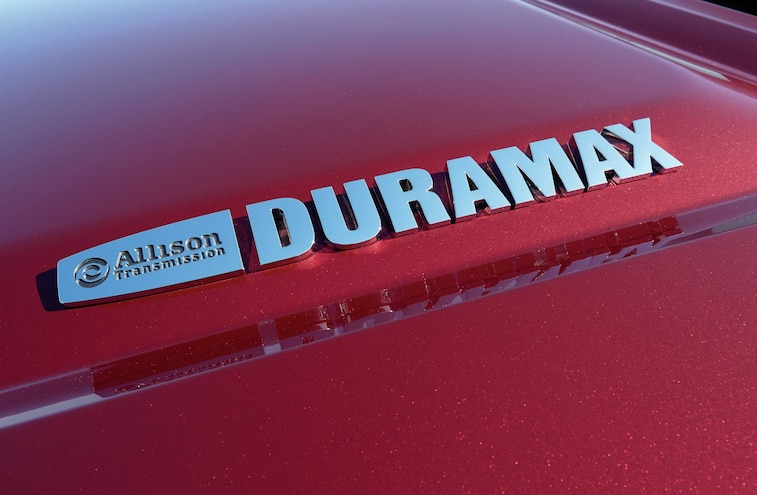 View Photo Gallery | 5 Photos
Photo 2/5   |   The current ’15 Chevy and GMC ¾- and 1-ton diesel models come with this Allison/Duramax badge on the hood. Even though GM is my personal “team,” I’m not a fan of this part of its “uniform.” The letters are too big for my tastes and the connection between the “A” and “X” bugs me. Also, why are none of the “i’s” in “Allison Transmission” dotted? It’s safe to say I’m picky when it comes to how badges look.
Although I knew the guy was part of the clandestine side of the automotive business—the division that develops most of the cool things that actually make it to production—out of curiosity, I started asking specific questions about his job. He finally told me his official position was called “Badge Engineer and that his day-to-day responsibilities mainly involved designing badges on everything from Pontiacs (remember those?) to Corvettes. He described having to pass his designs through multiple committees to get approval for everything from the size of the badges to the font used to the space between each symbol, the depth of etchings, and so on. It turns out that was all B.S.
In those pre-bailout days of super-corporate GM, this didn’t seem too far-fetched, and I was eager to hear anything about the inner workings of my “team.” It should have been obvious that he was just teasing about the practice of repackaging nearly identical vehicles for other makes owned by the same parent company (called “badge engineering”), but I took the bait, and I can’t blame him for leading me on. Now that I realize what was up, I think it’s a pretty funny joke. Back then, the Chevy Silverado and GMC Sierra were practically the same, and the infamous Pontiac Aztek was universally mocked, while its more conventional-looking Buick Rendezvous fraternal twin sold well enough to be offered for two model years after the Aztek was canceled. He was just poking fun at the corporate giant that had multiple models for sale that were nearly identical.
I’m not sure why, but I’ve always enjoyed the artwork that goes into badging and how it evolves throughout the model years, even if there’s no mythical department devoted to the design. Plus, it’s fun to try and guess what a vehicle is from afar. Is it a BMW 535i or is it a rare 535d sighting? Is it an F-250 or an F-350 with single rear wheels? Can I figure out if it’s a diesel without looking at the badges or the tailpipe? Sometimes I wonder how many other people even care about vehicle badges. Does anyone else out there play this game, or am I just spending too much time stuck in traffic?
Trevor Reed
treed@enthusiastnetwork.com