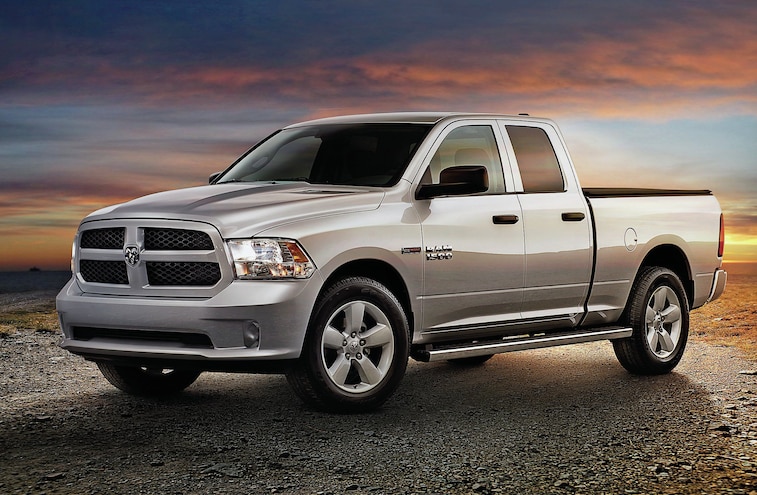 The pickup market has seen huge changes over the last decade, with the segment going from total complacency to a cutthroat competitiveness that has each of the manufacturers striving to outdo each other with every model year. Naturally, the big winner in this no-holds-barred environment is the customer. Today’s trucks have more power, better fuel economy, and higher capabilities than ever before. And by all indications, the truck manufacturers aren’t about to rest on their laurels. Solidly in the top five purchase considerations of new truck buyers is fuel economy. Each of the manufacturers has its own proprietary formula for achieving this goal, but a common theme is starting to emerge: The inevitability of diesel engines.
Exceeding Expectations
FCA has shifted its production mix of Ram 1500 trucks to 20 percent EcoDiesel, after stronger-than-expected customer demand for the fuel-sipping Italian-built diesel. Although this doesn’t meet the 40-plus percent take rate for the Ford EcoBoost, it’s higher than Ram initially anticipated. But don’t expect Ram to be alone with a half-ton diesel for long. Nissan announced last year that it would offer an optional 5.0L Cummins V-8 in the ’16 Titan, and has not been bashful about promoting it on social media under the hashtag #cumminssoon. The diesel Titan is expected to blur the traditional boundaries between half-tons and HDs, offering a towing capacity of over 12,000 pounds, and a torque output of well above 500 lb-ft. 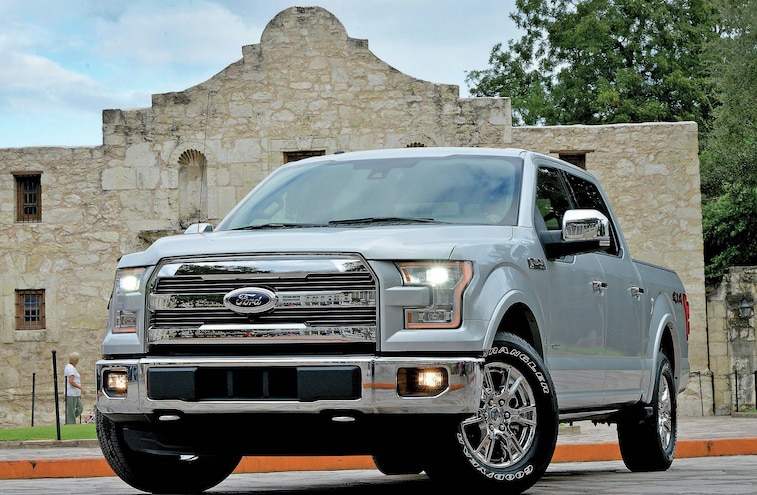 View Photo Gallery | 6 Photos
Photo 2/6   |   Ford is staunchly committed to its gasoline EcoBoost engines in the F-150 for now, but could offer a diesel option if there’s enough demand.
The two wild cards in the half-ton segment in terms of diesels are General Motors and Ford. Of the two, GM has made more conciliatory gestures toward diesel than Ford, which seems to be steadfastly committed to its EcoBoost GDI Turbo approach across its lineup. However, Ford stresses it has diesel engines appropriate for the F-150 in its “global powertrain portfolio.” Some have speculated a higher-output version of the 3.2L Power Stroke I-5 diesel offered in the Transit could be adapted for the F-150, while some say an all-new V-6 turbodiesel is under development designed with future emissions and fuel economy regulations in mind.
GM came tantalizingly close to offering a half-ton diesel a few years ago with its 4.5L V-8 Duramax diesel, even announcing a production site. But the innovative engine never saw the light of day, being one of the unfortunate casualties of the bankruptcy. But the diesel half-ton dream may not be over yet. GM product planners have hinted that a broad array of future products would be offered with a diesel option, including trucks and SUVs. Taking future CAFE regulations into consideration, the 4.5L Duramax is effectively dead and buried. A more likely half-ton diesel option would be a 3.0 to 3.5L V-6, or possibly even GM’s 2.8L Duramax I-4 on more economy-minded models. However, a V-6 is more likely to meet the refinement and power expectations of premium truck and SUV buyers.
360 lb-ft, 30 mpg: A Winning Combination?
Speaking of the 2.8L Duramax, that engine has stoked considerable interest among midsize truck buyers for the prospect of over 350 lb-ft of torque with over 30 mpg highway fuel economy. Once again, don’t expect GM to be alone for long with a diesel midsizer in the U.S. market. Nissan has hinted the Titan is not the last collaboration it may have with Cummins, giving the rumor mills ample grist to speculate on an I-4 Cummins option in the Frontier. Although at least a year and a half away from showrooms, Nissan and Cummins have already built several prototypes, so the thought is clearly there. 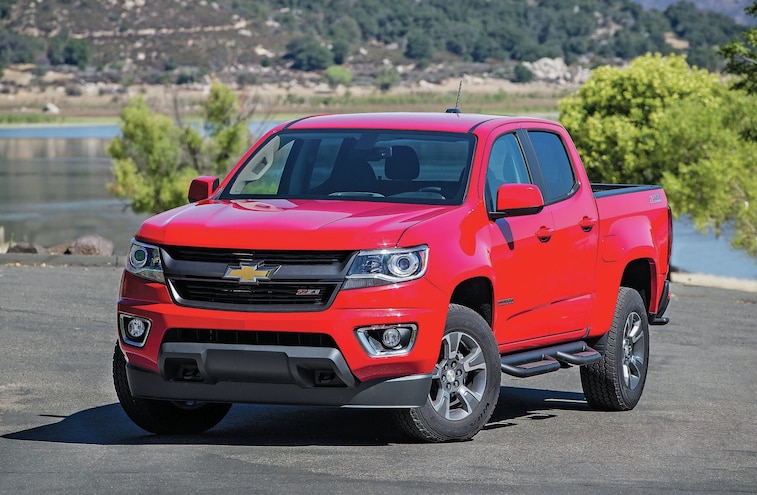 View Photo Gallery | 6 Photos
Photo 3/6   |   The announcement of a diesel option for the ’16 Chevrolet Colorado and GMC Canyon has created considerable buzz among midsize truck enthusiasts.
Beyond the Cummins-powered Titan and the Chevrolet Colorado and GMC Canyon, and, of course, the Ram 1500, there are few official confirmations of other light-duty diesels coming, but it appears all the manufacturers are watching the space very closely to gauge consumer acceptance, and are poised to jump into the diesel-powered fray.