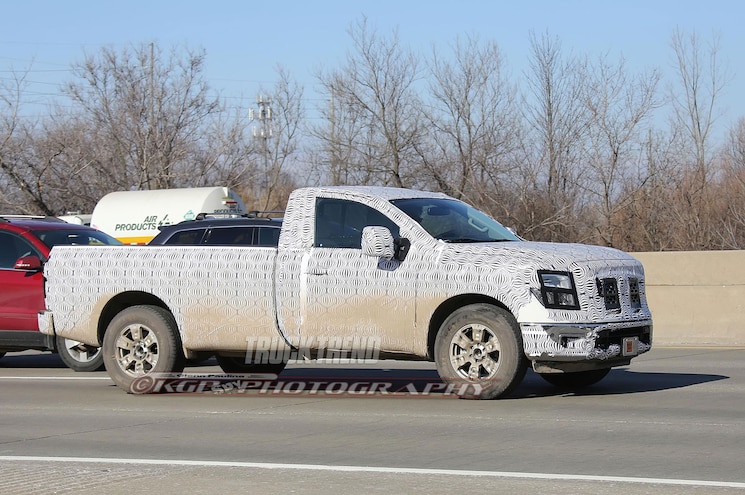 Nissan product planners have been forthright that the Titan XD would eventually be joined by several different body styles and a lighter-duty, non-XD Titan pickup. The truck in these photos looks like the first proof of that statement. This work truck-spec Titan regular cab also features a long bed, riding on what looks like the same wheelbase as the Titan XD crew cab short bed. 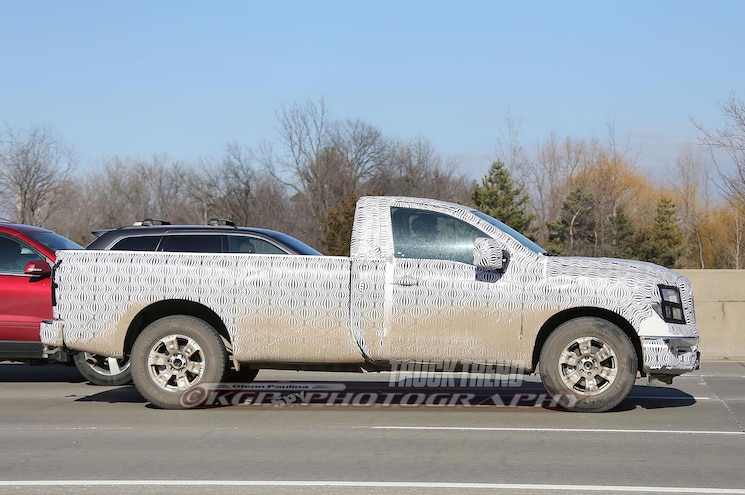 View Photo Gallery | 15 Photos
Photo 2/15   |   2017 Nissan Titan Regular Cab Side View 01
Looking closely at the front end, the Titan in these images features slightly different headlights with a Nike-swoosh shape cut into the fenders. This look echoes Nissan’s passenger cars and crossovers, like the Nissan Murano and Juke. The company has said that the standard, non-XD Titan would feature slightly different front-end styling, so we think the truck on these pages is the “true 1/2-ton” Titan. Corroborating that suspicion is the lack of fender vents, which feature prominently on both the Titan XD diesel and gasser.
What’s under the hood of this truck is a bit of a mystery. The previous Titan came standard with a 5.6L V-8, and that motor has been extensively upgraded with direct injection to serve in gas-powered Titan XDs. That motor is most likely motivating this camouflaged regular cab. But Nissan has hinted that the new Titan might come standard with a cheaper V-6 (likely to appeal to fleet operators), and it’s possible that the company might offer their 1/2-ton pickup with a twin-turbocharged V-6 like the 3.0L unit offered in some Infiniti models, where it produces up to 400 hp and 350 lb-ft of torque. 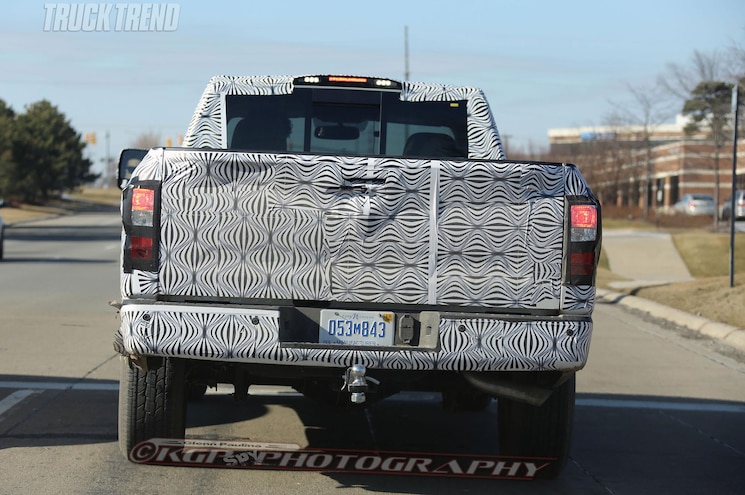 View Photo Gallery | 15 Photos
Photo 6/15   |   2017 Nissan Titan Regular Cab Rear View 01
The non-XD Titan is expected to make its first public appearance at the Chicago Auto Show next week, so we’ll know what to expect next from Nissan at that time. Until then, grab your magnifying glasses, fire up your photo software, and take a close look at these photos, then let us know what you think.
Source: KGP Photography 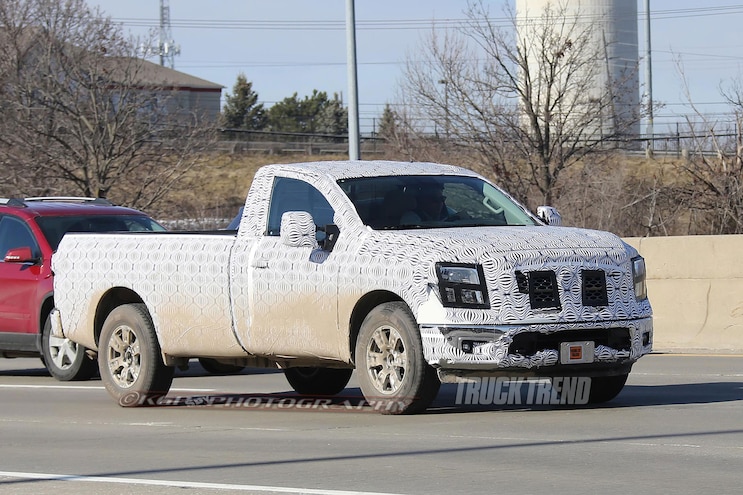