Ken Block Does it Again in Gymkhana EIGHT, Wreaking Havoc Throughout Dubai

Taking the Ford to its most exotic location yet. 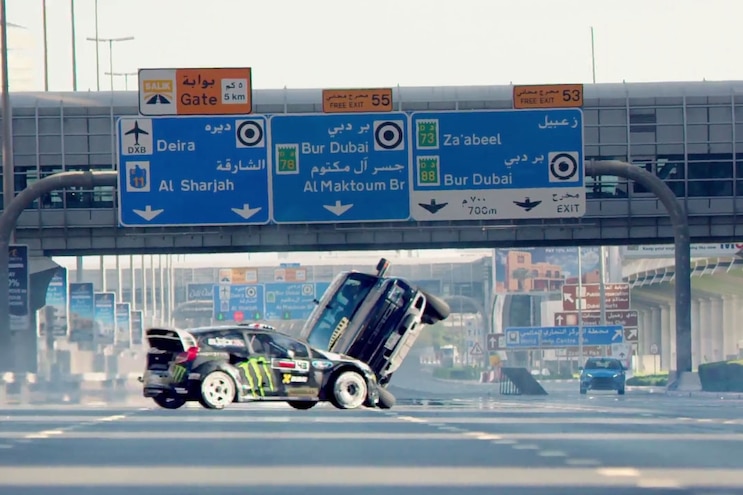 Ken Block has been shredding tires and causing mayhem with his rally car in seven previous installments of his famous Gymkhana series. In his latest film, Gymkhana EIGHT, he brings his Ford Fiesta RX43 rallycross car to its most exotic location yet: Dubai.
While it’s not exactly a 4x4 or a truck, Block’s driving skill in his Ford is impressive and fun to watch. Gymkhana EIGHT shows just how skilled Block is as he races around the empty streets of Dubai, drifting and sliding every chance he gets. The team was able to shut down Sheik Zayed Road and an airport runway with a 747 so Block could literally drive circles around exotic Dubai police cars, as well as a taxiing airplane. 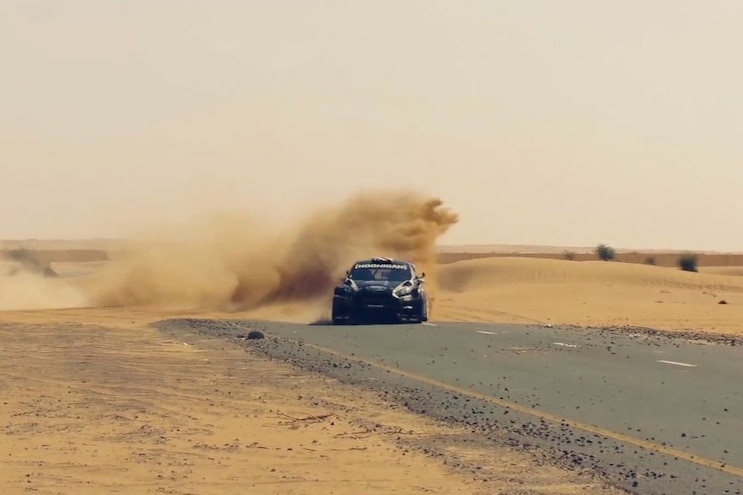 View Photo Gallery | 6 Photos
Photo 2/6   |   Ken Block Sliding In Sand
One of the coolest obstacles featured is a Ford Raptor driving on two wheels that Block must navigate around. There’s nothing like seeing a 6,000-pound truck balancing on two wheels. “I realize it sounds cliché to say it, but this is probably my favorite Gymkhana thus far,” said Block, and it’s not hard to see why.
Check out the video of an EcoBoost-powered, fire-breathing, tire-shredding rally car as it leaves plenty of rubber on the streets of Dubai.