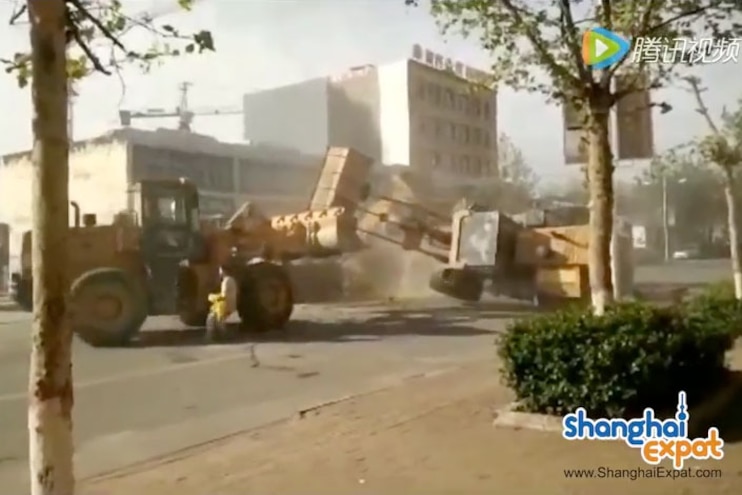 A crazy scene, reminiscent of BattleBots, was caught on camera in a province of Northern China: bulldozers battling each other in the streets. According to media reports from Chinese media, workers from two rival construction firms had a battle royale on the streets of Hebei in the ultimate competition for clients.
Six bulldozers were involved in the clash during which at least two dozers were toppled. Details on what started this epic fight were unknown, but that’s not important because this video is pure gold. 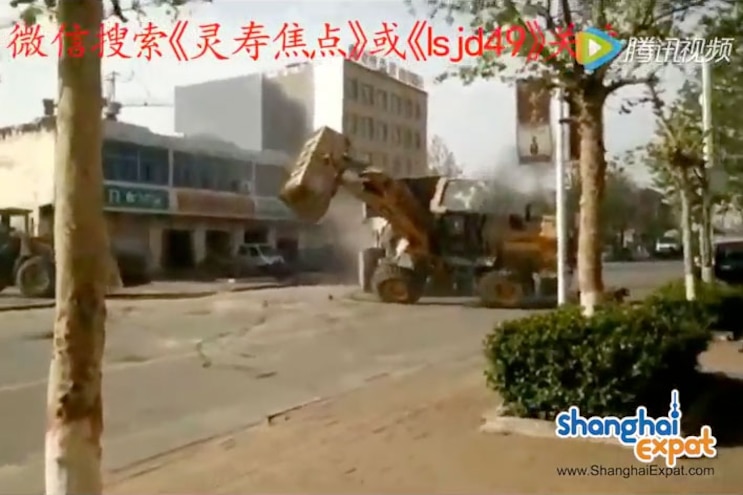 View Photo Gallery | 6 Photos
Photo 2/6   |   China Dozer Fight
The fight lasted until police arrived and began investigating just what in the world happened. Luckily, only minor injuries were reported, leaving these drivers with a lot of explaining to do.
The competition for demolition jobs in China must be fierce, as several million dollars in heavy equipment was damaged for one job. Thanks to these wild Chinese operators, you can check out the video of these awesome machines taking each other on.
Source: South China Morning Post