The Ramp Travel Index (RTI) grew out of a need to score suspension flex – and frame flex, in the case of this Model T 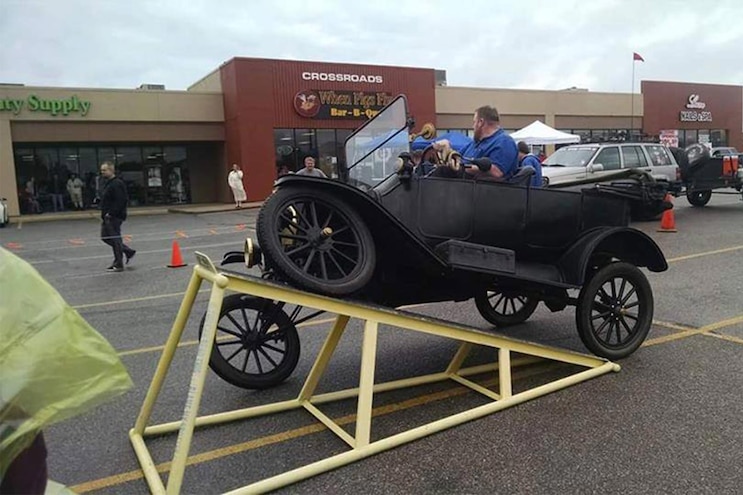 Ramp Travel Index (RTI) ramps are something of a bench-racing platform for off-roaders to compare suspension flex between different trucks of different size. So when a 1916 Ford Model T arrived at the Flex for Food event in Wichita, Kansas, there as clearly only one mission for the Model T owner: outshine everyone with 100-year-old excellence!
When Four Wheeler introduced the RTI system, it came out of a need to score the suspension articulation of different vehicles. This was done for many reasons: comparing stock vehicles against each other, comparing before-and-after results from suspension modifications, to even judging competition rigs at the Top Truck Challenge.
This is done by driving a vehicle up a 20-degree ramp (though steeper ramps are used with more capable rigs) with a single front wheel, forcing the front and rear suspension to articulate in in two different directions. Once the vehicle is no longer able to climb the ramp with all four tires on the ground, a measurement is taken along the ramp’s deck to see how far the vehicle has driven up the ramp.
Of course, trucks with different wheelbases will score differently, so that is also factored in. The formula is pretty simple: Distance driven up the ramp is divided by the wheelbase and that number is multiplied by 1,000.
In the case of this Model T, it made it about 103 inches up a 20 degree ramp, for a grand score of 1,030: (103/100) x 1,000 = 1,030. 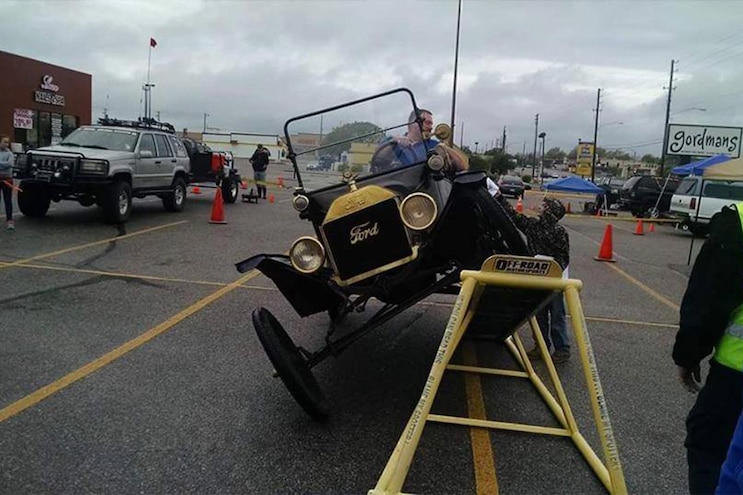 View Photo Gallery | 2 Photos
Photo 2/2   |   002 1916 Model T
In the off-roading world, 1,000 is the magic number to beat. For some perspective of what sorts of machines the Model T is burying under its twisted frame, the JK Wrangler Rubicon two-door scores 769, and the four-door JK Rubicon scores 724, according to Four Wheeler; most of your more venerable 4x4 choices (new and old) float between an RTI of 350 to 500.
Does this mean the Ford Model T is an off-road beast? To be fair, there weren’t many roads around when it was cranked out of Henry Ford’s factory—so, yeah, it kind of had to be.
However, we’ll probably stick with something a little more four-wheel-driveish for a weekend out in the mountains, but we wouldn’t turn down a 4x4 Model T trail rig!

- OF
By Phillip Thomas
5 Articles