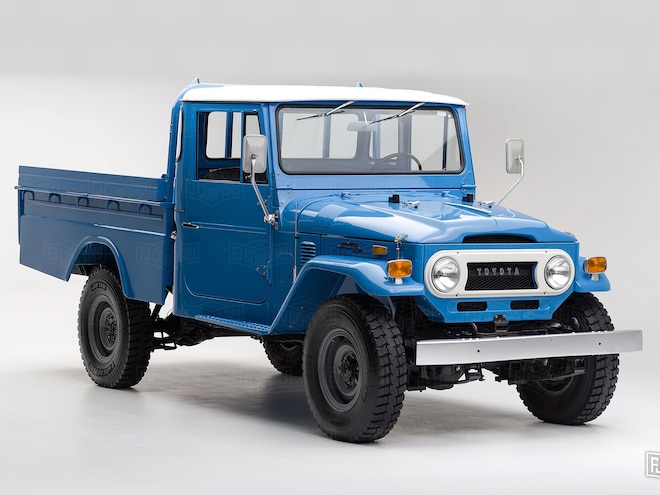 There are few things we like more than old iron, and the McDonald’s McRib may be one of them, but this ’74 Toyota Land Cruiser FJ45 pickup that classic.com currently has for sale is definitely on our list of vintage 4x4s we’d love to own. This immaculately restored FJ45 (in one of the most sought after colors, Sky Blue) packs nearly every thing you need to wheel the weekend away and drive it to the office on Monday. 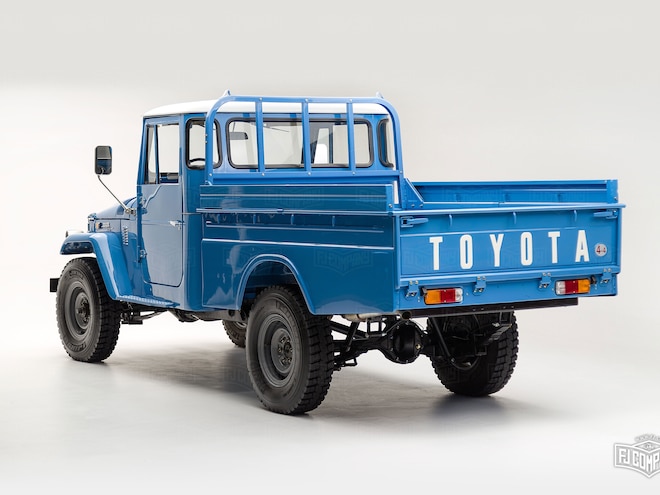 View Photo Gallery | 20 Photos
Photo 2/20   |   1974 Toyota Land Cruiser Fj45 Rear Three Quarter
This restored Toyota won’t leave you stranded, and since it isn’t in need of bodywork, your neighbors won’t care when it’s parked in the driveway. The Classic Motor Company shop went over this FJ with a fine-tooth comb even after a partial restoration just last year replacing a lot of warn out parts. This FJ45 is ready for another 52 years of service thanks to a whole new suspension, new fuel tank, new carburetor, new radiator, new brakes, a tune-up, and brake job.
Keeping this Land Cruiser as close to how it came from the factory was the goal when the restoration began, and it shows. With the original two-piece wheels wrapped in new rubber, a reproduction toolbox, and owner’s manual, it would be hard to tell the difference between this Land Cruiser and one that left the factory in 1974. Besides being a Land Cruiser and in great shape, the best part of this Toyota is that it’s a truck, which means you can actually fit gear in it for a weekend of exploring. 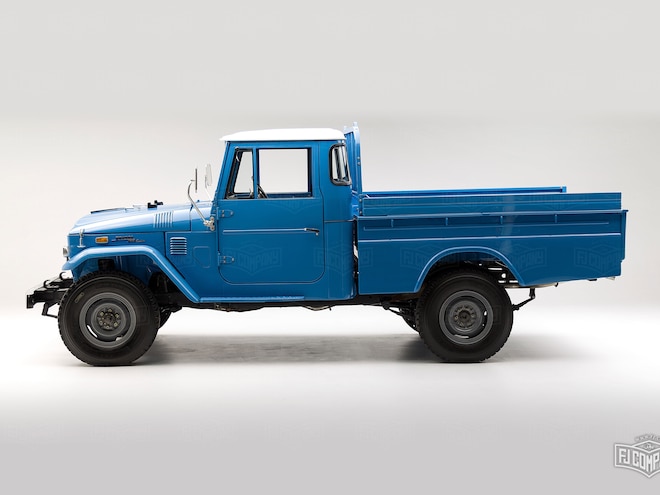 View Photo Gallery | 20 Photos
Photo 3/20   |   1974 Toyota Land Cruiser Fj45 Side Shot
If you want to grab some gears and hear the 105hp inline-six roar, you can purchase this fantastic rig for only $87,000. We know that’s a little steep, but think about how cool you’ll be when you actually take this FJ45 on the trail! If you want to spend more to make this pickup even more capable, you can add a Warn winch, vintage air conditioning, LED headlights, and plenty more. For more information or to throw down some cash on this truck, visit classic.com. You can even schedule a private showing if the pictures aren’t enough for you to pull the trigger. 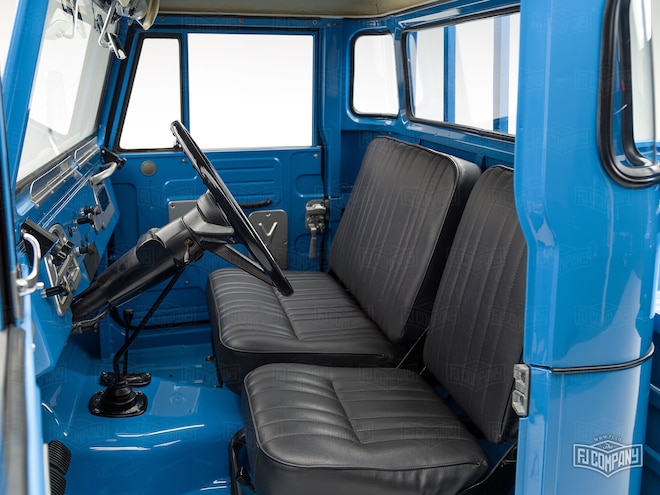