You had one job 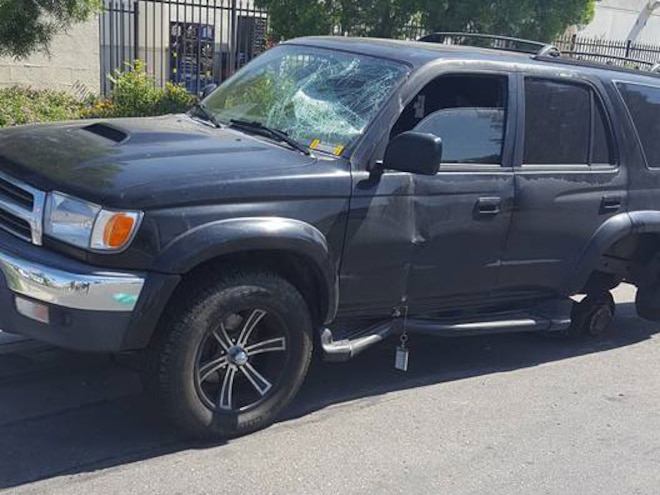 We’ve all heard the horror stories of going to the local quick-lube and vehicles leaving worse than when they came in, but Carl Brewer’s experience at a Bakersfield, California, Jiffy Lube may top them all. After dropping his daughter off at daycare, he took his Toyota 4Runner to the local Jiffy Lube to get his brakes replaced, and what should have been a routine job turned into a nightmare for Brewer.
While sitting in the waiting room, Brewer overheard a conversation between a technician and a manager no one would want to hear. The technician said, “Everything fell off,” to which the manager responded with, “What do you mean everything fell off?” The tech answered the question, saying, “All the wheels fell off!” 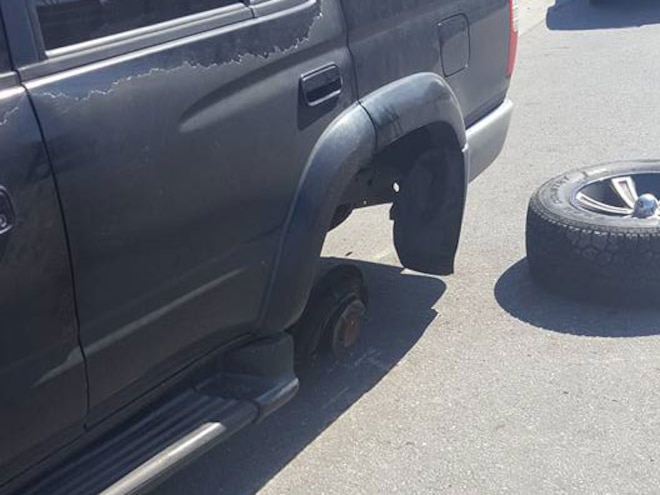 View Photo Gallery | 7 Photos
Photo 2/7   |   Wrecked 4 Runner From Jiffy Lube Brake Job Rear Tire Off
Brewer wasn’t sure it was his vehicle until the technician told him in person and took him to the crash site, where Brewer stood in shock. The 4Runner had lost its wheels, crashed through two signs, busted the windshield, and suffered body damage. Brewer was thankful no one was hurt and even more relieved he wasn’t driving with his daughter in the car.
No official word on what caused the wheels to fall off has been given and is still being investigated -- we’re leaning towards improper lug nut installation. Jiffy Lube has paid for a rental car for a week for Brewer and replaced his daughter’s car seat after it was damaged in the crash. 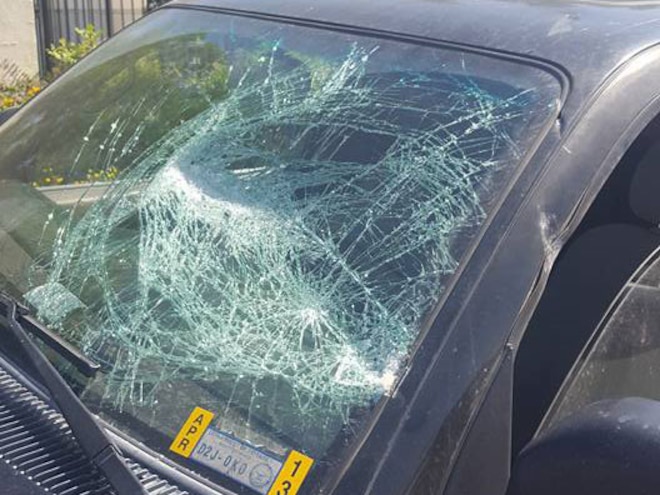 View Photo Gallery | 7 Photos
Photo 3/7   |   Wrecked 4 Runner From Jiffy Lube Brake Job Smashed Windshield
Jiffy Lube released the following statement in response to this terrible mistake: “As a local family owned company, we pride ourselves in our guest experience and partnership with the community. We certainly understand the seriousness of this recent event and are working diligently and directly with the guest to resolve the matter. We are thankful no one was injured and we are committed to ensuring that our processes and procedures regarding quality and training are reinforced so that such an incident does not happen again. Please know that this is our top priority to correct this and earn your trust once again."
We sure hope it doesn’t happen again, but it’s still a bummer that a perfectly good 4Runner meet its demise thanks to this mistake. Take this as a reminder to always make sure everything is on correctly before you take your vehicle for a test drive after maintenance, upgrades, or repairs.
Source: KERO Bakersfield, Carl Brewer