Diesel Truck Owners in Southern California Helping Others in Need 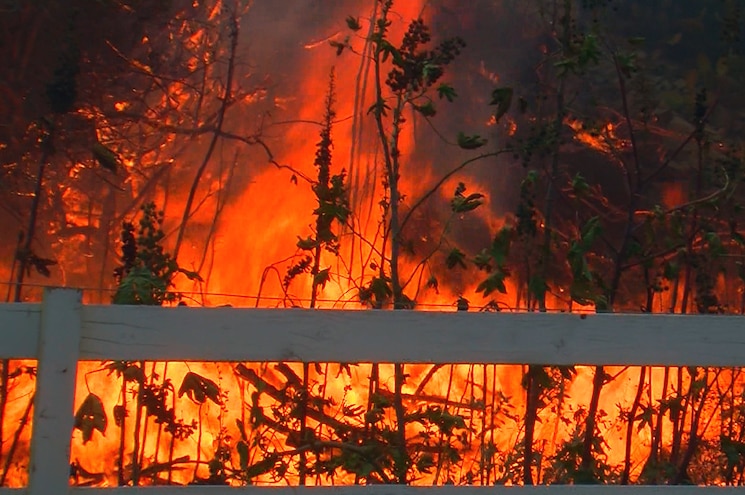 Lately, it seems that any time you check the news, the only thing you hear about—aside from the disdain between presidential candidates—is some type of awful incident that’s full of death and destruction. However, once in a while, you get a glimpse of less dramatic but more heartfelt news of people doing good deeds, like helping the community and their neighbors in times of need. A couple of recent events remind me how much good there is in people. I want to bring to light some of our fellow diesel enthusiasts who are doing selfless acts to help others.
Wildfires are a big problem in many parts of the U.S. and Canada, with flames at their peak during certain times of the year. When fires start and many times quickly rage out of control, the fire crews and police certainly have their hands full. With priorities being to protect people and deal with the blaze, they don’t always have the time or resources to deal with all the situations that arise because of the fire. Many times, homeowners and other people who are directly affected by the blaze face having to evacuate on their own.
Here in Southern California, the 2016 fire season started with a vengeance. One of the first big incidents of the season, the Sand Canyon fire, had wind-driven flames that ripped through the Santa Clarita area north of Los Angeles. It burned thousands of acres, as well as destroyed homes and property. This hilly rural area is full of ranches and livestock. So, when the fire headed toward a populated area, the firefighters ordered a full evacuation of everyone. Most property owners didn’t have the resources necessary for moving all their animals to safety in the very short period of time they were given and weren’t going to leave them behind. They needed help, and that message went out across different media avenues.
This cry for assistance was heard, and people from all over SoCal showed up with pickup trucks (many of them diesel), trailers, and supplies, ready to lend a hand in the evacuation. With flames in the vicinity, animals and people were quickly loaded up and transported out of the fire zone to safety.
In May 2016, the Fort McMurray fire caused the evacuation of nearly 90,000 people in and around the Alberta, Canada, town. The evacuees set out along Highway 63 toward Edmonton, some four hours away. There weren’t many gas stations along the route, so thousands of people became stranded after running out of gas. Some had no food or water, and the weather was very hot. They called different agencies for help, but to no avail. So they turned to social media to spread the news.
Heeding the call, a Facebook group called Western Canadian Powerstrokes showed up the next day to help. This group of diesel Ford owners delivered fuel and water to the needy folks along Highway 63. The group even arranged the delivery of a supply of fuel that was used to refill the bed-mounted transfer tanks of rigs being used to bring fuel to those stranded on the road. Some members had pickups filled with cases of bottled water to distribute. Others towed cargo and horse trailers full of supplies.
After getting everyone who was stranded on the 63 rolling again, the group turned its attention to helping the animals left behind in Fort McMurray. Many had gone days without food or water. As soon as rescuers were allowed to, they went into the evacuated area with horse trailers to get the animals out.
These disasters are only two examples of times when people came together and lent a helping hand to those in need. Every day, good deeds happen without being acknowledged. There needs to be more recognition of the unselfish acts of good people. Given all the hatred and horrors in the world, we shouldn’t be afraid to help in times of distress.
By John Lehenbauer
180 Articles