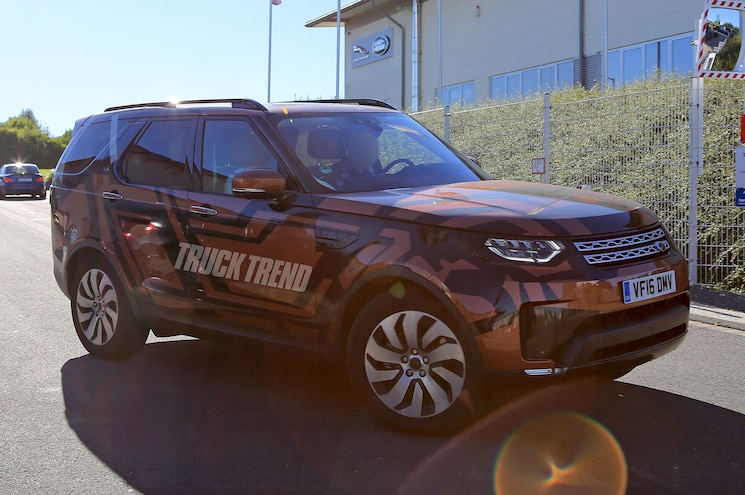 Recent spy shots of the next Land Rover Discovery have availed themselves, and looking at the SUV (likely due for model-year 2018) has us feeling a little underwhelmed.
Thankfully, Land Rover will be ditching the meaningless, U.S.-only LR4 name for its next-generation large SUV, returning to a nameplate last used on a big Land Rover in 2004 (except the compact Discovery Sport). The Discovery will retain some of the LR4’s (and previous Disco’s) styling cues, including a floating roof panel and sturdy-looking roof rack, but the SUV’s signature double-hump roof and associated roof-mounted windows have been toned down significantly. Furthermore, the formerly square C- and D-pillars have been raked significantly, which doesn’t look good for either cargo capacity or third-row room. Around front, the headlights and grille take a good number of cues from the more luxurious Range Rover, giving it a distinctly upmarket visage that will fool many customers’ friends into thinking they spent more than they actually did. 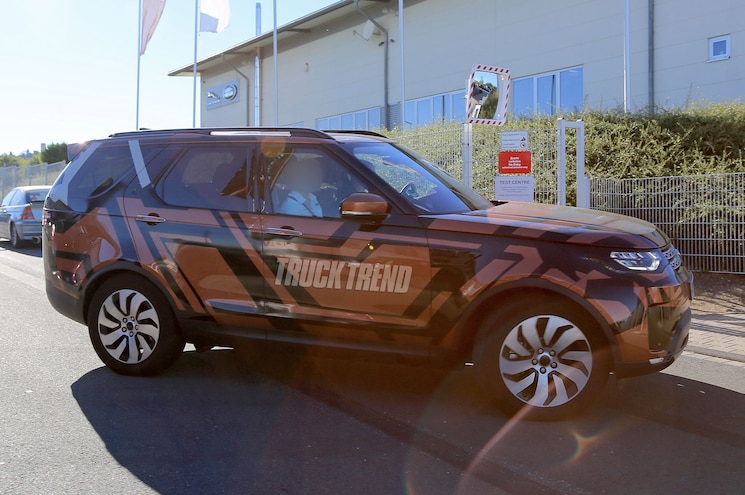 View Photo Gallery | 9 Photos
Photo 2/9   |   2018 Land Rover Discovery Side Front Quarter
From these exterior photos, it’s difficult to distinguish what kind of interior upgrades the new Discovery will have, but we can see a Range Rover-esque steering wheel, and the dashboard looks sufficiently low for good forward sightlines. That’ll bode well for off-road visibility. Helping in that regard will be Land Rover’s innovative “transparent hood,” a camera system that uses the infotainment screen to display what’s going on directly in front of and underneath the SUV’s front end. Such a feature will help with navigating up steep hills and over ridges, giving the owner a better idea of what’s going on ahead. Further assisting the Discovery off-road will be a sophisticated, laser-fired forward monitoring system, which will evaluate the path ahead and adjust stability control, suspension, transmission, and throttle settings to assist in forward progress. 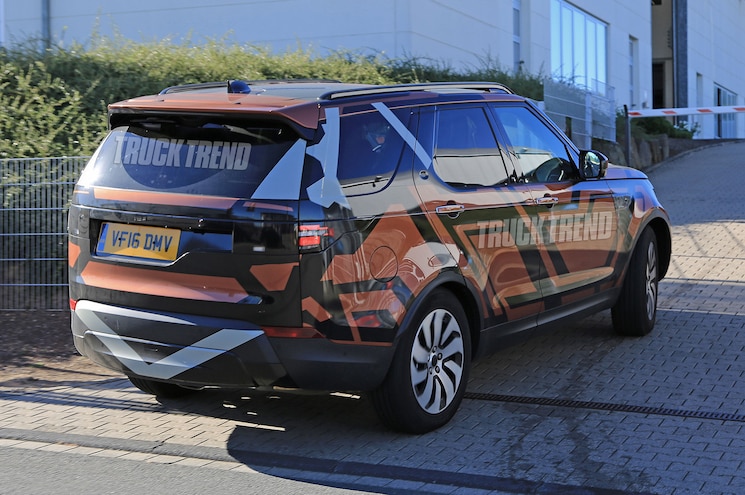 View Photo Gallery | 9 Photos
Photo 3/9   |   2018 Land Rover Discovery Rear Three Quarter
Rumor has it the Discovery will be available with Jaguar Land Rover’s line of Ingenium engines, including a 2.0L gasoline I-4 mated with an electric motor to create the first-ever hybrid Disco. We also expect the Land Rover lineup’s other offerings, including the 3.0L diesel V-6 found in the Range Rover and a rumored Ingenium 3.0L gasoline I-6 that should produce up to 400 hp. That engine will be the first straight-six in a U.S.-market Land Rover in years, and we can’t wait to experience the engine configuration’s buttery-smooth reputation in an off-roader (RIP Jeep 4.0L I-6). 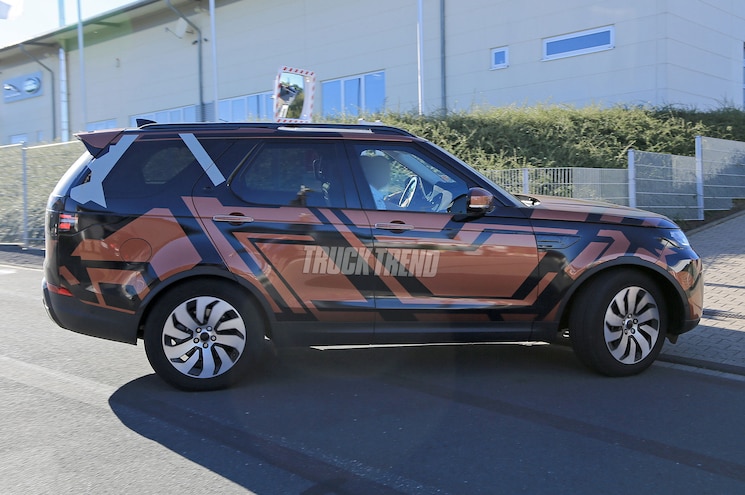 View Photo Gallery | 9 Photos
Photo 4/9   |   2018 Land Rover Discovery Side Profile
Reactions to the new Disco are mixed around our office. We’re positive it’ll be even more capable off-road than the current LR4, and we’re happy to see the Discovery name return to Land Rover’s American dealers as a large SUV. But we’re going to miss that stepped roof and square-jawed styling. This machine, while attractive enough, is so generic-looking that some on staff thought it was the next-generation Ford Explorer. Still, a luxurious interior, newfound efficiency, and genuine off-road prowess will likely make it a huge hit among American customers.
Source: SpiedBilde Photography 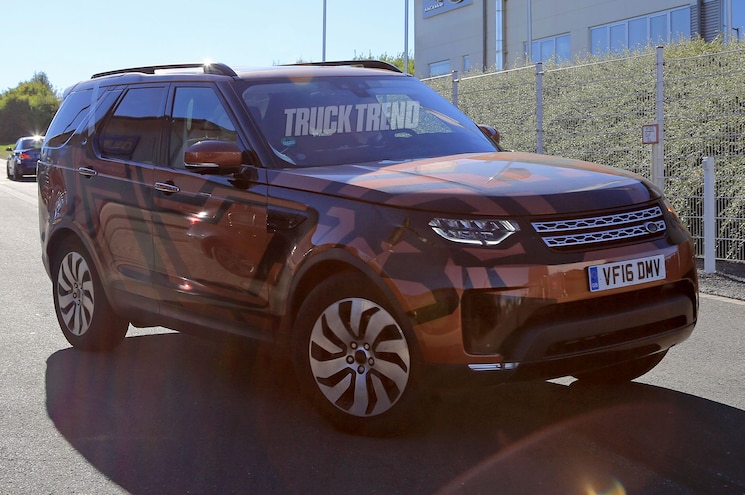