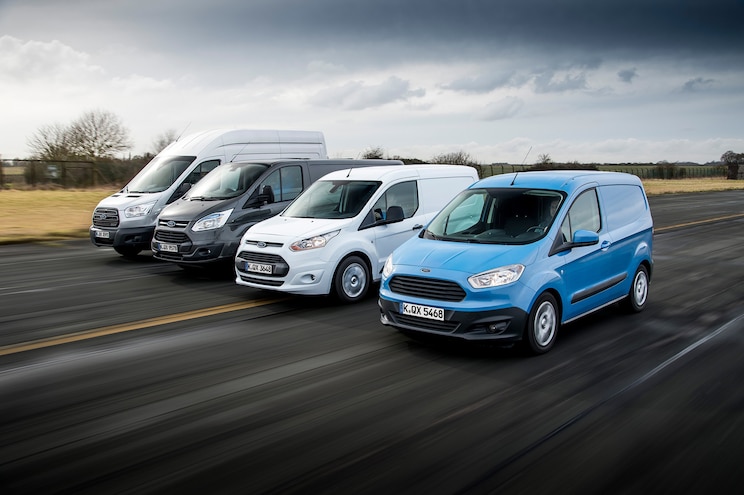 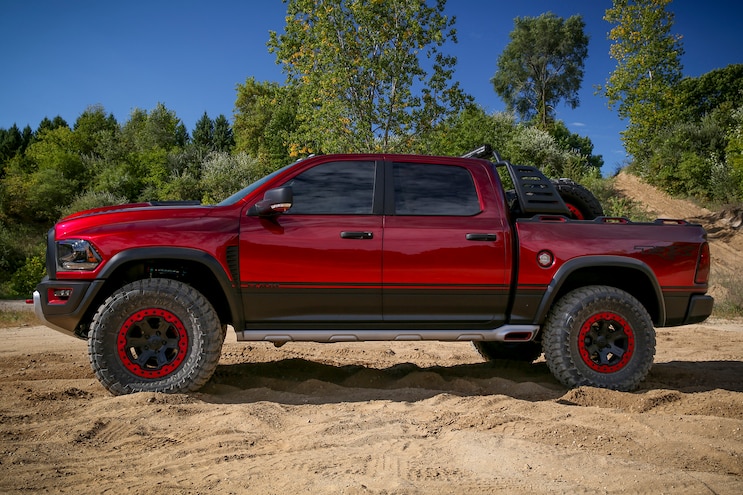 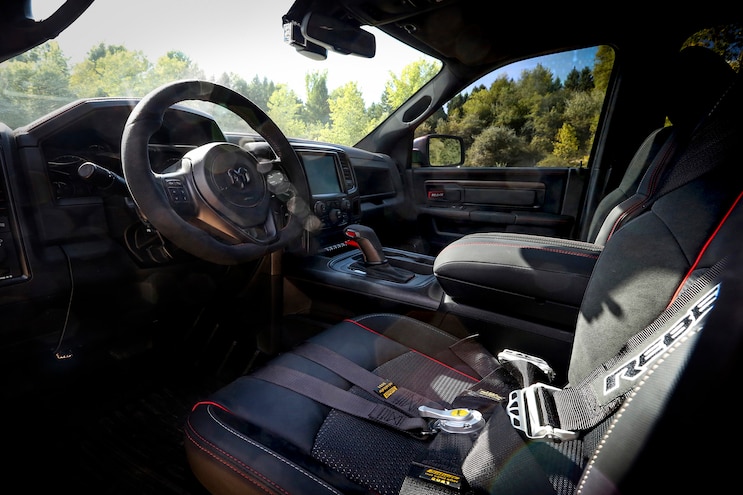 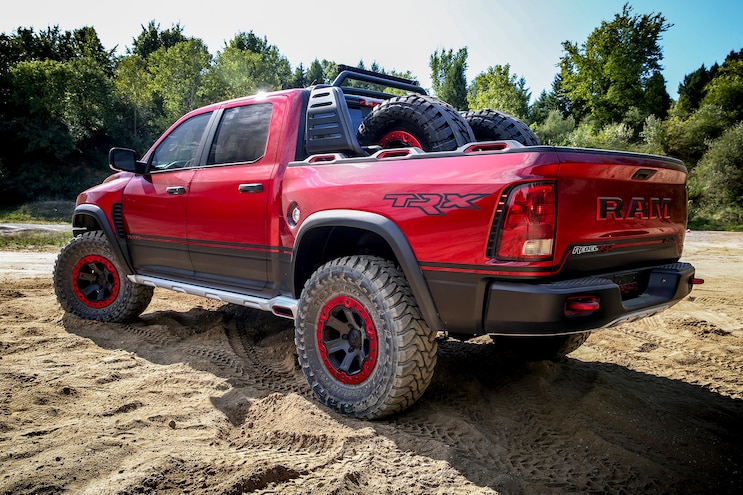 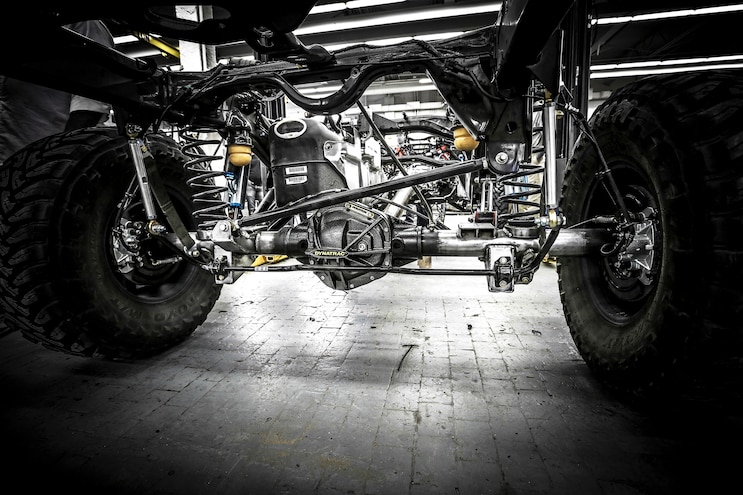 View Photo Gallery | 12 Photos
Photo 5/12   |   Auto News 8 Lug Work Truck Ram Rebel Trx Concept Suspension
Ram Rebel TRX Concept
An uber-performance ½-ton truck? Where do we John Hancock for this? We’re talking performance with an edge—and that’s mainly an edge that points toward the dirt. Under the hood of the Ram Rebel TRX is a 575hp 6.2L supercharged Hemi. And the dirt theme? This truck can reach speeds of more than 100 mph, which on pavement is impressive, but we’re also talking about it being an off-road monster capable of those numbers. The Hemi is hooked to a TorqueFlite 8HP70 eight-speed auto (with unique calibrations for them as well as the drivetrain). There’s a Dynatrac Pro 60 rear axle with electronic locker and 37-inch tires. The suspension is the truck’s signature piece—it has 40 percent more suspension travel than a standard 1500, thanks to custom upper and lower A-arms, performance coils at the rear, and 2½-inch bypass shocks. Like it? Tell Ram as much, since this is only in concept form at the moment.
2. 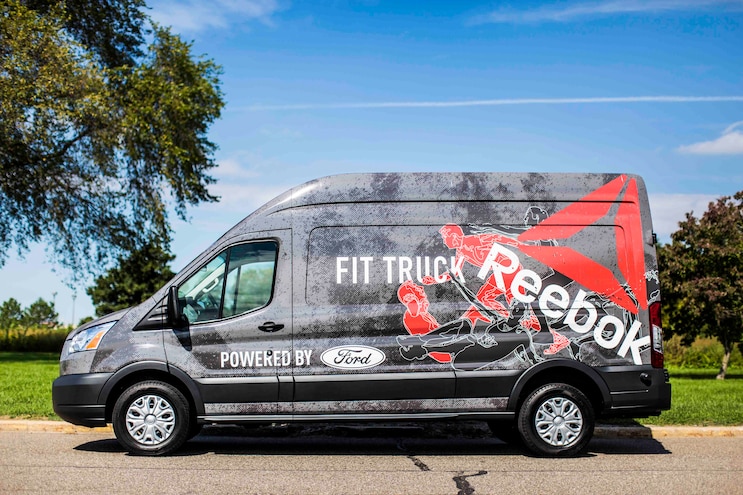 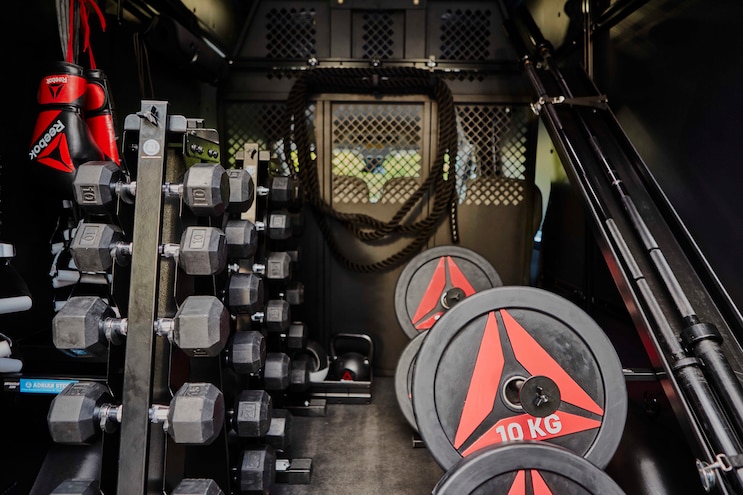 View Photo Gallery | 12 Photos
Photo 7/12   |   Auto News 8 Lug Work Truck Ford Fittruck Transit Van Reebok Interior
Ford FitTruck Transit Van
If you recently spotted the FitTruck in your city, here’s the scoop: It was a venture between Ford and Reebok to bring fitness to various locations around the eastern U.S. Ford saw it as an opportunity to demonstrate how a Transit can be outfitted for anything, including a 2,000-mile fitness-themed road trip, while Reebok got to have pop-up gyms with big-name fitness trainers.
3.
AM General is Designing a Next-Gen U.S. Postal Truck
So, the U.S. Postal Service has some pretty old rigs in its fleet. That’s why the USPS Next Generation Delivery Vehicle award was created, and that’s how AM General scored the gig to build a series of prototypes that could possibly meet the USPS’s vehicle goal of better fuel economy and zero emissions.
4.

View Photo Gallery | 12 Photos
Photo 8/12   |   Auto News 8 Lug Work Truck Ford Transit Best Selling Cargo Van Nameplate Global World Minivan
“How Ford Transit Became the Best-Selling Cargo Van Nameplate on Earth.”—Headline of an announcement from Ford. The Blue Oval said it controlled 40 percent of the fullsize commercial van market in the U.S. throughout September 2016 and outsells the best-selling minivan. This all points to Ford potentially having its best year in van sales in the U.S. since 1978.
5. 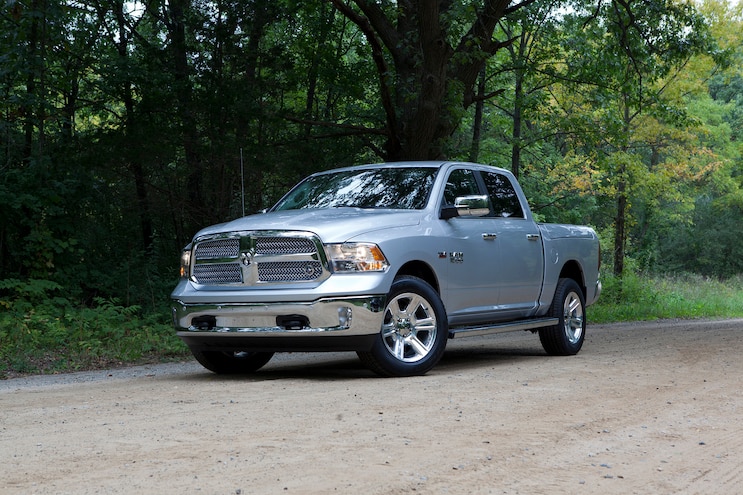 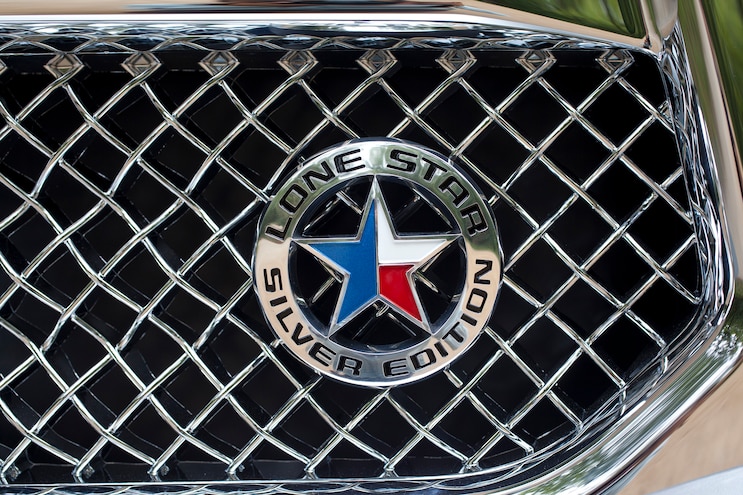 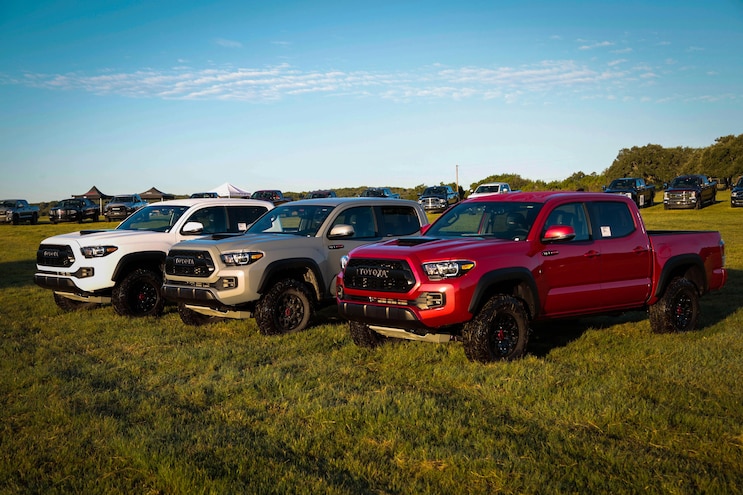 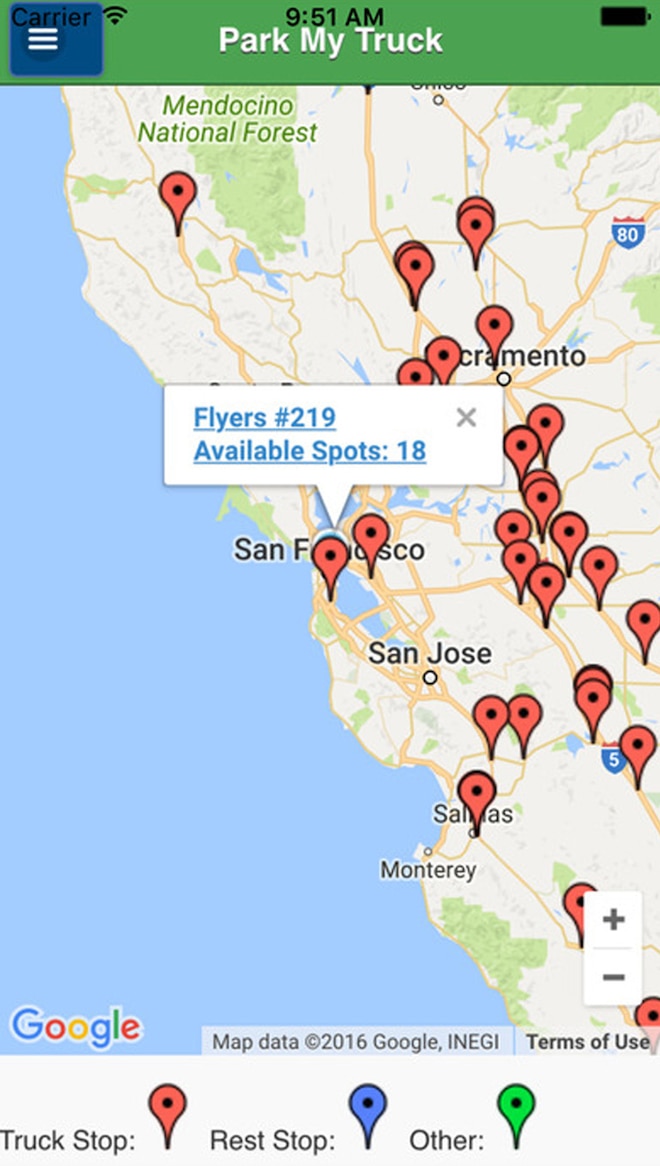 View Photo Gallery | 12 Photos
Photo 12/12   |   Auto News 8 Lug Work Truck Park My Truck App
Lug Nuggets
•UPS is adding hybrid-electric delivery trucks to its fleet.
•Teen drivers are 1.6 times more likely to be in a fatal crash than adults, and fatal crashes with teen involvement were up 10 percent in 2015. This comes from the Governors Highway Safety Association via a grant from Ford.
•The ’17 Toyota Tacoma TRD scored the Midsize Pickup of Texas award at the Texas Truck Rodeo.
•While we’re on the subject: Same event, the ’17 Nissan Titan was named Fullsize Truck of Texas.
•OnStar turned 20 years old. And it gave $20,000 each to 20 first responders who had been seriously injured or suffered a hardship in the line of duty.
•Jeep is now the Exclusive Nonluxury Vehicle of Prudential Center and the New Jersey Devils.
•The Jeep Wrangler–based pickup? Probably codenamed JL.
•Meanwhile, the future Jeep Wagoneer that’s expected to be a fancy SUV? Probably around $140,000.
•Park My Truck app? It’s free and designed to help professional drivers find available parking anywhere in the U.S. It came out of the Truck Parking Leadership Initiative.
•Husky Liners has been acquired by Truck Hero.
•Nissan purchased 34 percent of Mitsubishi for 2.3 billion.
•The Insurance Institute for Highway Safety tested the headlights in a bunch of ’16-to-’17 pickup trucks, such as for how far light is projected and glare from low beams. Poor ratings went to the Ford F-150 and Toyota Tundra, while the Ram 1500 and Nissan Titan got marginal. In the downsize-pickup category, they all got a poor rating: Chevy Colorado, GMC Canyon, Nissan Frontier, and Toyota Tacoma.