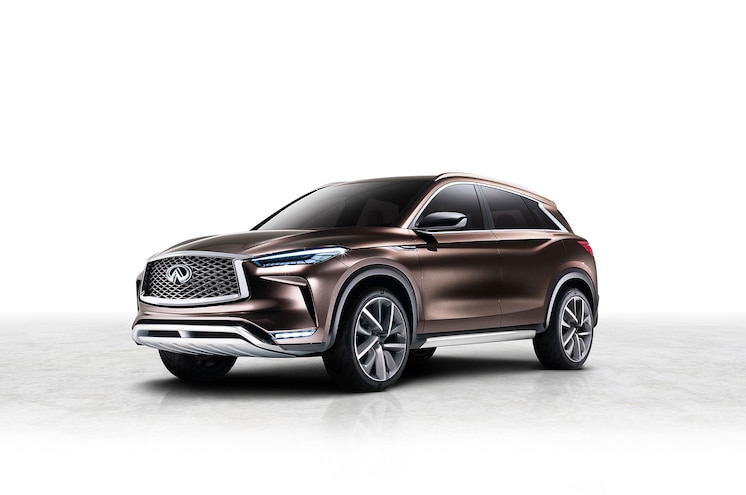 The Infinti QX50 Concept will be shown later this week at Auto Shanghai 2017, making its Asian debut.

"Infiniti is pleased to debut an SUV concept in the world's fastest growing segment, here in the world's largest market," said company president Roland Krueger. The QX50 concept presages the production version of what will likely be Infiniti's most popular model. Squaring off against the likes of the BMW X3 and Mercedes-Benz GLC, Infiniti is committed to fit the QX50 with the world's first variable-compression engine, backing up the company's January claim at the 2017 North American International Auto Show in Detroit.

In preparation for the QX50 concept's Shanghai debut, Infiniti also touted the production SUV's semi-autonomous drive support. The automaker claims its autonomous features will keep the driver in ultimate control, a party line that befits the brand's premium, fun-to-drive positioning. 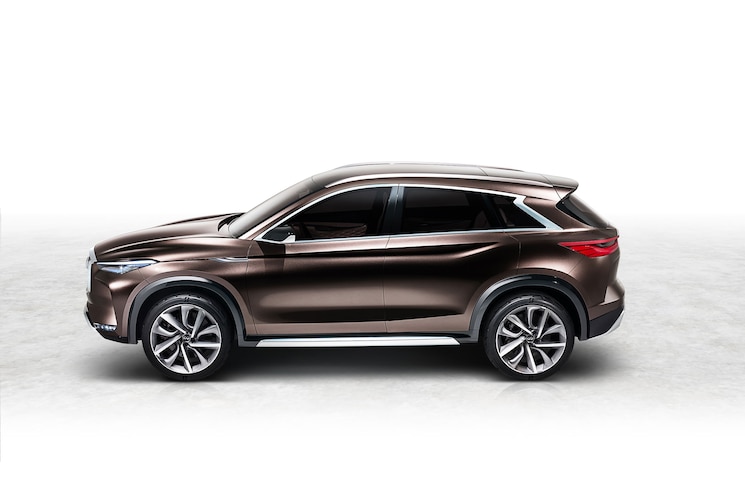 View Photo Gallery | 21 Photos
Photo 2/21   |   Infiniti Qx50 Concept Side Profile
Infiniti showcased its latest crossover concept today, previewing the QX50 Concept in advance of the official debut at the 2017 North American International Auto Show in Detroit. Set to take the stage next week, the concept is a refined version of the QX Sport Inspiration Concept from the 2016 Beijing Motor Show, and although it’s not 100 percent production-ready, it showcases the company’s direction for its next midsize SUV.
With a boxier, more upright profile than the outgoing QX50-nee-EX37, the QX50 Concept is a bit more conventional-looking, but that doesn’t mean it isn’t still stylish and interesting. Infiniti’s signature crescent-moon D-pillar and double-C grille design get pinched and prodded a bit on the QX50 to make them more angular, and aggressive air intakes flanking the bumper ensure that some show-car flash makes it to production. 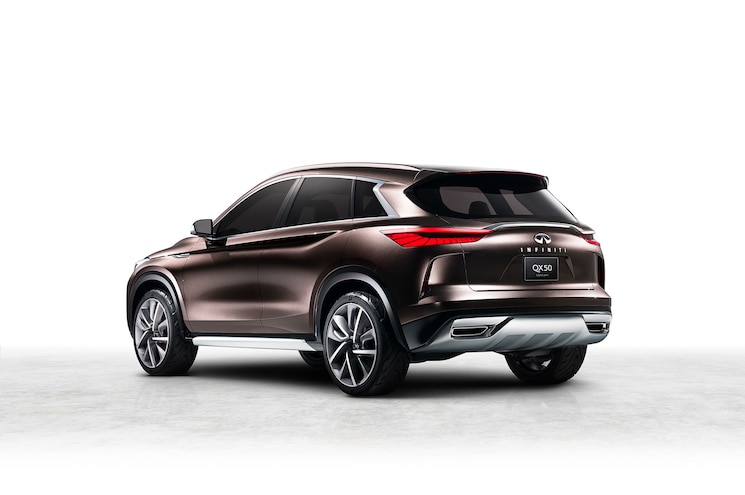 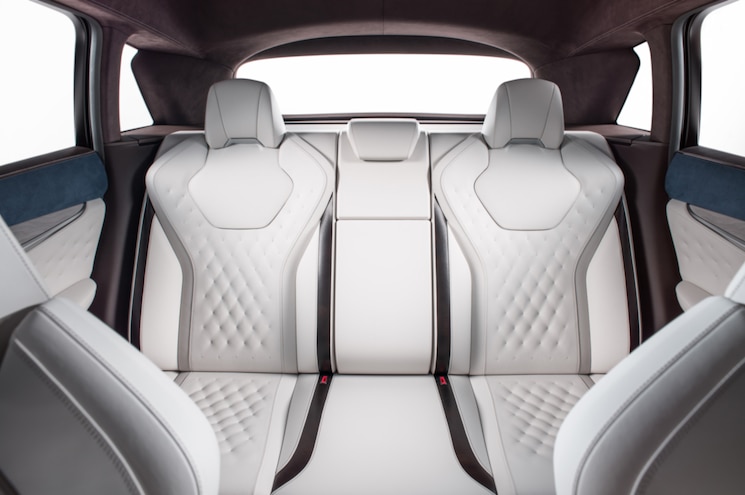 View Photo Gallery | 21 Photos
Photo 7/21   |   Infinti Qx50 Concept Interior Rear Seat
Interestingly, the QX50 Concept uses Infiniti’s recently revealed variable-compression turbocharged engine, aptly named VC-Turbo. The VC-Turbo engine under the hood of the Detroit-bound crossover is a 2.0L I-4, and when the technology was revealed in August, Infiniti claimed it would make similar power as the company’s six-cylinder powertrains. According to Infiniti, the engine is targeted to produce 267 hp and 288 lb-ft, imbuing the QX50 Concept with more muscle than the BMW X3 xDrive28i (240 hp, 260 lb-ft), Audi Q5 2.0T (252 hp, 272 lb-ft), and Porsche Macan (252 hp, 273 lb-ft).
The Infiniti QX50 Concept will be unveiled live at the 2017 North American International Auto Show in January.
Source: Infiniti 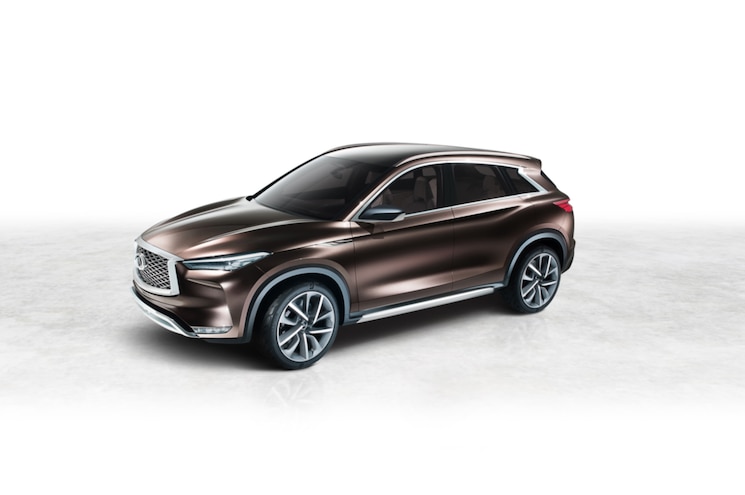