The 2008 Ford Escape Hybrid, the most fuel-efficient SUV on the planet, helped generate $37,000 for the environmental groupHeal the Bay at the organization's annual charity auction.
Ford donated a 2008 Escape Hybrid to Heal the Bay, the Santa Monica-based environmental group dedicated to improving water quality along California's coastline. The Escape Hybrid was the featured auction item at the group's annual "Bring Back the Beach" dinner last night at Barker Hangar at the Santa Monica Airport. This is the fourth straight year Ford has donated a hybrid SUV to benefit Heal the Bay. 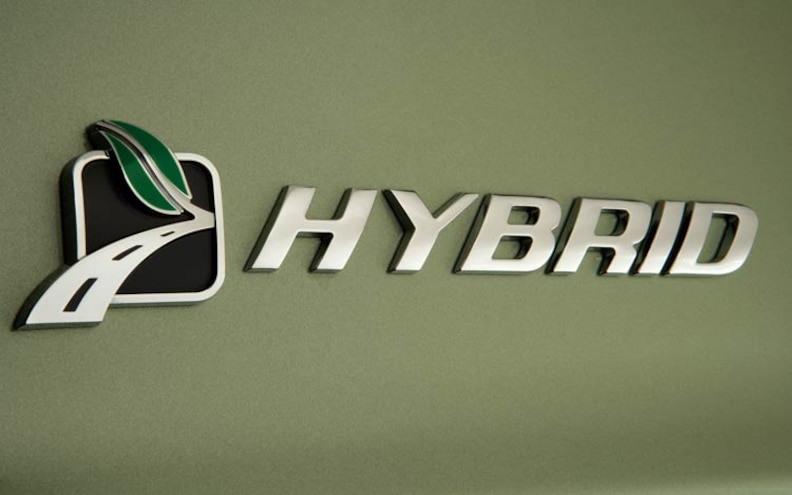 View Photo Gallery | 4 Photos
Photo 2/4   |   2008 Ford Escape Hybrid badge View
The winning bidder, Jennifer McCabe of Venice Beach, Calif., outbid numerous others to claim the Escape Hybrid. McCabe, who owns her own virtual accounting company, has been a supporter of Heal the Bay for six years.
In addition to the vehicle, the winner will receive one-of-a-kind custom-designed his and hers tote bags made from the Escape's sustainable cloth fabric that were created by the Ford Design team. The Escape and Escape Hybrid feature the fabric, made from 100-percent recycled material, as an available interior trim option.
Since 1995, Ford Motor Company has underwritten Heal the Bay's "Beach Report Card," an annual survey of water quality at California's beaches. The Beach Report Card assigns a letter grade (A-F) based on bacterial levels at beaches from Humboldt County to the Mexican border.
"Ford Motor Company has demonstrated a commitment to the environment that ranges from green building to coastal protection," said Dr. Mark Gold, president of Heal the Bay. "We're thankful for their support, and salute Ford for recognizing the need for hybrid SUVs like the Escape Hybrid." 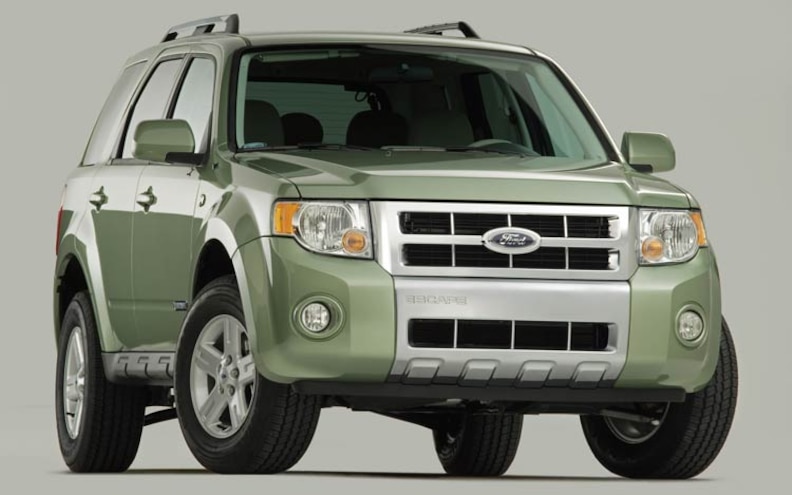 View Photo Gallery | 4 Photos
Photo 4/4   |   2008 Ford Escape Hybrid rear View
The fabric Ford uses is produced from 100 percent post-industrial materials - defined as anything intended for retail use but never makes it to the consumer. This can be anything from plastic intended for pop bottles to un-dyed polyester fibers that don't make the cut for consumer use.
This plastic and polyester is processed, spun into yarn, dyed and woven into seat fabric. Recycling waste otherwise intended for landfills has obvious environmental benefits. Interface Fabrics estimates that Ford's use of post-industrial recycled materials, rather than virgin fibers, could also:
• Conserve an estimated 600,000 gallons of water
•Conserve an estimated 1.8 million pounds of carbon dioxide equivalents
•Conserve the equivalent of more than 7 million kilowatt hours of electricity
The Ford Escape Hybrid was the first full-hybrid SUV built in and available for sale in America, and it remains the most fuel-efficient SUV on the planet.

- OF
By The Manufacturer
891 Articles