It's time for Nissan's 2010 models to roll out, and with no major changes to report, the Japanese automaker is once again going with its solid lineup of five SUVs and two pickup trucks. The changes and refinements to each Nissan model are laid out below.
SUVs and CUVs
2010 Nissan Armada 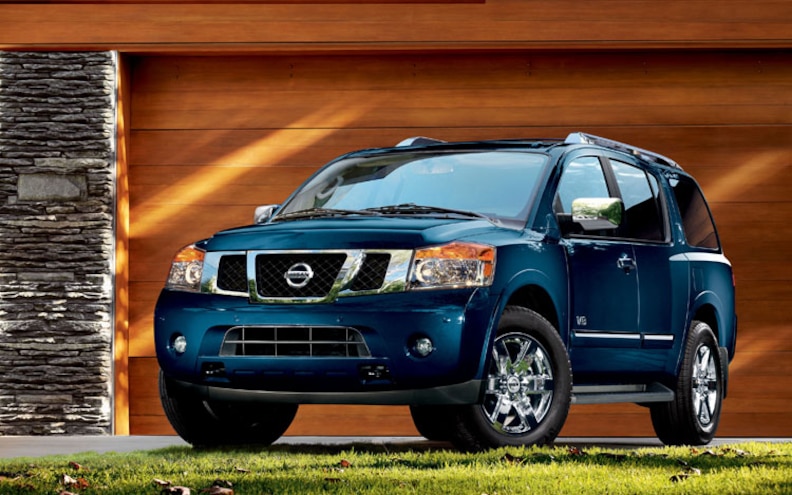 View Photo Gallery | 8 Photos
Photo 2/8   |   2010 Nissan Armada front Drivers Three Quarters View
Nissan's full-size SUV enters the 2010 model year with a total of three models. Two new models, the Titanium Edition and Platinum Edition, are replacing the LE trim and joining the SE model. The Titanium Edition includes a range of comfort and convenience features, such as the Nissan Intelligent Key, leather-appointed seating, a Bose 11-speaker sound system, and auto-leveling rear air suspension. The Platinum Edition adds heated front seats and steering wheel, a DVD Family Entertainment System, new 20-inch chrome-clad aluminum wheels, and more.
All Armada SUVs will be powered by the 5.6-liter Endurance V-8 engine with 317 horsepower and 385 pound-feet of torque, and will be available with either rear or four-wheel drive. Additional changes include:
The 2010 Armada is currently available.
2010 Nissan Murano 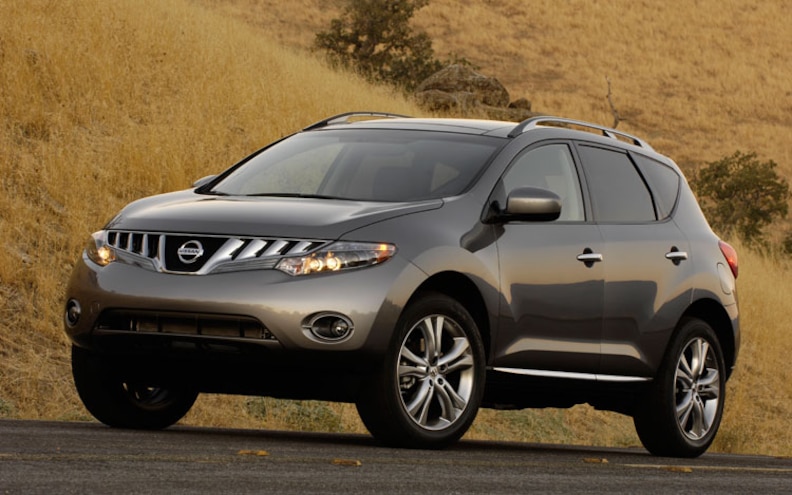 View Photo Gallery | 8 Photos
Photo 3/8   |   2010 Nissan Murano driver Side View
Nissan's midsize CUV is currently in its second generation, which was first introduced as a 2009 model. Powered by the 3.5-liter V-6 with 265 horsepower and 248 pound-feet of torque, the VQ-series engine is mated to the Xtronic CVT and is available with front or all-wheel drive. For 2010, a LE FWD model is being added for a total of six available models, joining the S FWD, S AWD, SL FWD, SL AWD, and LE AWD. Other changes for the beginning of the next decade include:
The 2010 Murano will be available October 2009.
2010 Nissan Pathfinder 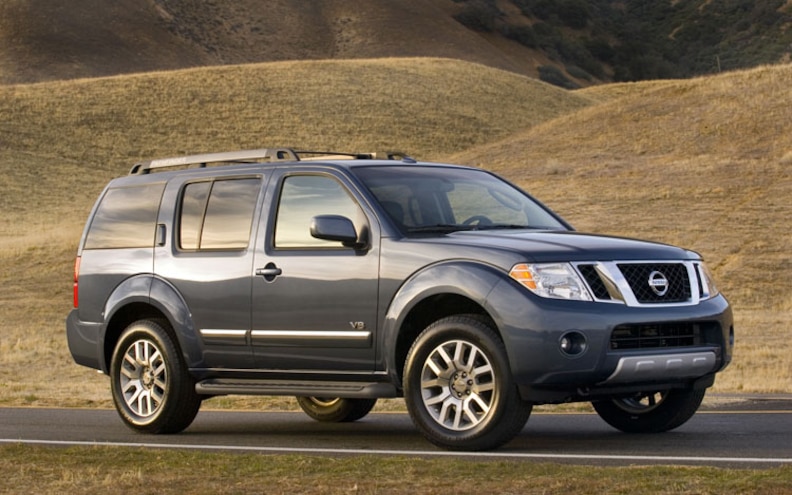 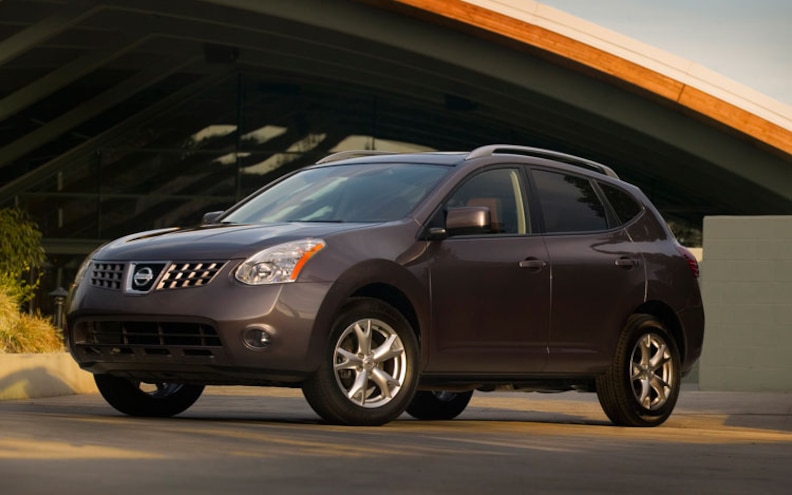 View Photo Gallery | 8 Photos
Photo 6/8   |   2010 Nissan Xterra front Off Road View
The Xterra compact SUV remains obviously aimed at those with active lifestyles and can be had in four models: X, S, Off-Road, and SE. After extensive changes for the 2009 model year, the Xterra lists only slight changes for 2010. Powering the SUV is the 4.0-liter V-6 engine with 261 horsepower and 281 pound-feet of torque. Both two- and part-time four-wheel drive are available. Other changes include:
The 2010 Xterra will be available August 2009.
Pickup Trucks
2010 Nissan Frontier 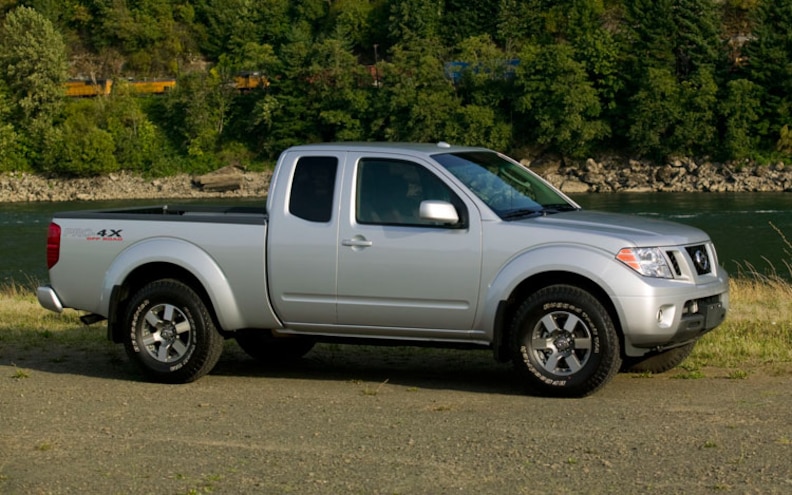 View Photo Gallery | 8 Photos
Photo 8/8   |   2010 Nissan Titan passenger Side View
Nissan's full-size truck might not offer the sheer number of bed, cab, and engine combinations as its domestic competitors do, but the Titan continues to offer a solid package for 2010. Four models will be available: XE, SE, PRO-4X, and LE. Powering the brutes will be the 5.6-liter Endurance V-8 with 317 horsepower and 385 pound-feet of torque. The King Cab will offer a maximum towing capacity of 9500 pounds and the Crew Cab will offer 9400 pounds. Revisions for 2010 include:
The 2010 Titan will be available September 2009.
Source: Nissan