Third-Place Result at Best in the Desert Season Opener 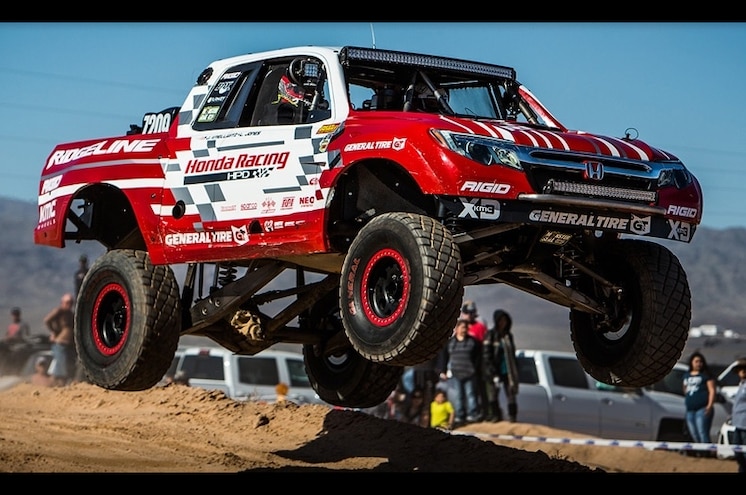 The Honda Ridgeline Baja Race Truck took Third at the Parker 425 this weekend, highlighting the truck’s capability at the Best in the Desert 2017 season opener.
The Ridgeline racer took an early lead in the 7200 class, but a stop to repair a drivetrain issue set the team back. “We continued to battle and make up lost time, even though the course was undeniably rough,” said team owner and driver Jeff Proctor. “Overall, the truck ran strongly all day, and we have a podium finish to build upon going into our next race, the March 4 Mint 400 in Las Vegas.”
The team would like to add to its SCORE series wins at the Baja 500 and Baja 1000 last season with a Best in the Desert victory. Helping the Ridgeline Baja Race Truck in its quest is a Honda Performance Development twin-turbocharged V-6 making about 550 hp. Honda likes to point out that the block, cylinder heads, and crankshaft are common between the production Ridgeline and the race truck, which should be easy consolation to new Ridgeline owners that their engines can take some abuse.
We’ll be sure to follow the Baja Ridgeline’s performance at next month’s race, along with all of the other Mint 400 action.
Source: Honda
By Brett T. Evans
1510 Articles