Bavaria’s Popular SUV to Get a Big Brother and Redesign

The redesigned BMW X5 midsize crossover and all-new X7 fullsize crossover were spied testing on the famed Nürburgring racetrack in Germany last week, giving the world a glimpse at the future of BMW’s “sports activity vehicle” lineup. The X5 may arrive for the 2018 model year, while the X7 will likely wait till 2019. 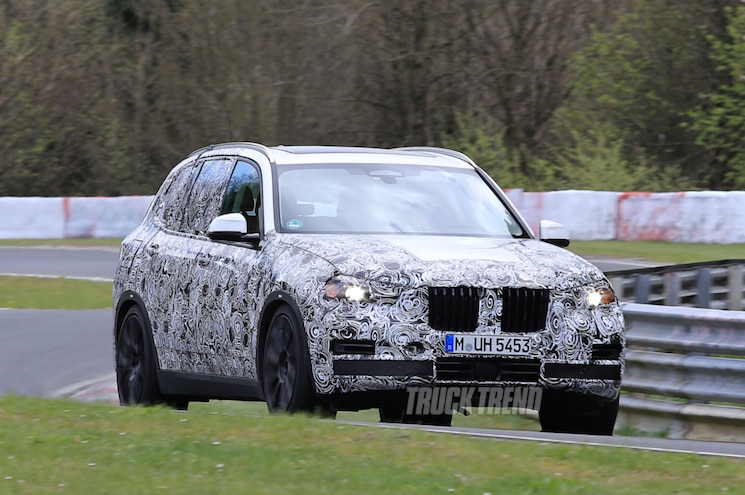 The BMW X5 was last redesigned for the 2014 model year, and we expect to see its replacement—based on the so-called G05 platform—next year. As these spy photos indicate, the next X5 will feature similar styling to its predecessor, although to our eyes, the D-pillar seems quite a bit thicker than it is on the current midsize SUV. It’s hard to tell under all that camouflage, but expect larger BMW-signature kidney grilles, more aggressive front lighting, and cleaner bodysides on the next X5. Overall, expect minor evolutionary changes to the exterior and interior of the company’s popular crossover.
Under the skin, the X5 will see some significant revisions. It will likely make the switch to the same CLAR architecture that currently underpins the 5 and 7 Series sedans, which portends some weight loss as well. Expect 2018 X5 models to drop 150 pounds compared to their 2017 equivalents, helping performance and efficiency. Furthermore, CLAR should give the X5 a stiffer backbone for improved refinement and handling response. 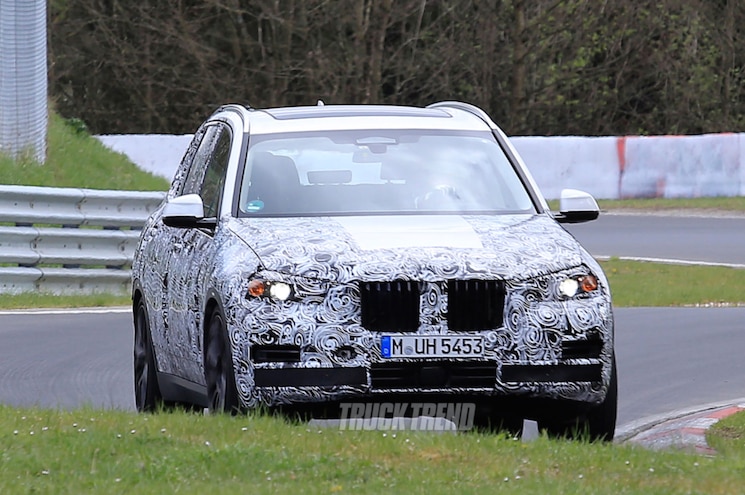 View Photo Gallery | 19 Photos
Photo 6/19   |   2018 Bmw X5 Nurburgring Front Quarter View
We expect the gasoline powertrains from the new 5 Series to make the jump to the X5, meaning a 3.0L turbocharged I-6 with 335 hp and 332 lb-ft and an optional twin-turbocharged 4.4L V-8 with 456 hp and 480 lb-ft. A few months after its debut, the 2018 X5 should also receive plug-in hybrid and diesel powertrain options, with the latter taking the form of a 3.0L I-6 with at least 310 hp and 420 lb-ft. (The confirmed-but-undetailed 5 Series diesel will likely use this powertrain as well.)
The next X5 will continue to be produced at the company’s Spartanburg, South Carolina, assembly plant. 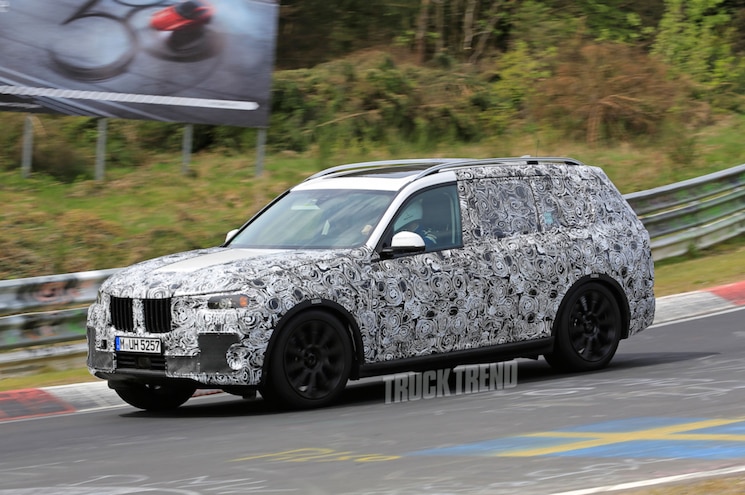 Spartanburg will also build the all-new BMW X7, a fullsize luxury SUV that will take the Mercedes-Benz GLS and Range Rover head-on. Like the new X5, the X7 will be built on the modular CLAR architecture, and it will share a good deal of its underpinnings with the 7 Series sedan.
It’s clearly much larger than the X5, with a flat roofline and upright D-pillar to aid passenger comfort in the standard third-row seat. It will be BMW’s first true seven-seater (the available third row in the X5 is only suitable for the children of the neighbor you hate). It will be longer and wider than the X5, but since it’s a BMW, expect it to have impressive on-road performance and respectable handling.
Expect the largest BMW to be available with the company’s turbocharged 3.0L gasoline I-6, the twin-turbocharged 4.4L gasoline V-8, and turbodiesel 3.0L I-6. It’s also possible the company could use the luxurious SUV to debut its quad-turbocharged 3.0L diesel six, which makes 394 hp and 561 lb-ft in the Europe-only 750d sedan. 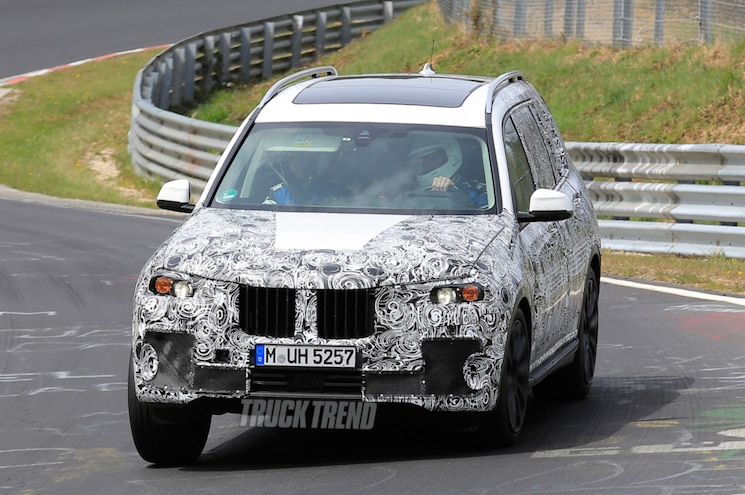 View Photo Gallery | 19 Photos
Photo 11/19   |   2019 Bmw X7 Nurburgring Front Quarter 03
Our source also reports that an ultra-luxurious V-12 model (likely based on the closely related Rolls-Royce "Cullinan" SUV) could arrive to do battle with the Range Rover SVAutobiography and upcoming Mercedes-Maybach GLS. Such a vehicle would surely carry a $200,000 price tag, but for those with simpler tastes, base versions of the X7 will probably start at about $90,000.
Source: SpiedBilde Photography 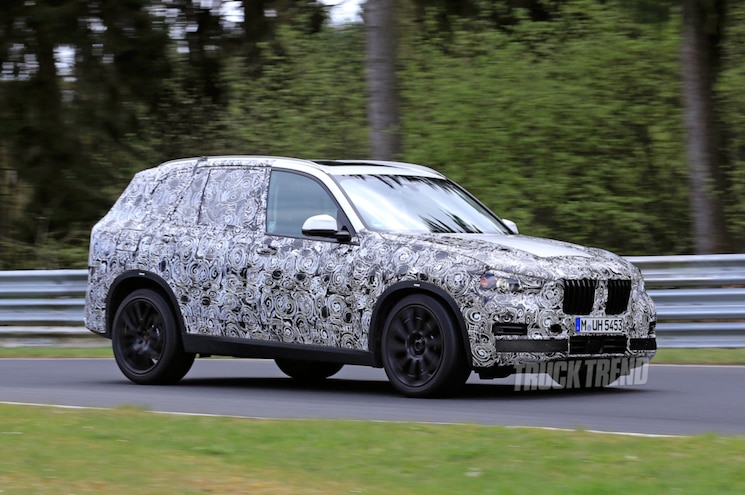