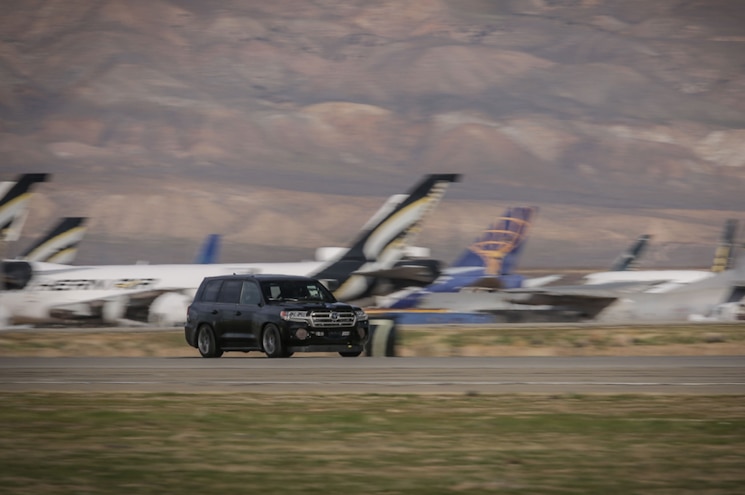 Toyota’s stealthy Land Speed Cruiser from the 2016 SEMA Show lives up to its name, evidenced by its new status as the world’s fastest SUV. The Land Speed Cruiser beat the former record holder by more than 19 mph, thanks to a 230.02-mph run by former NASCAR driver Carl Edwards at the Mojave Air and Space Port in Mojave, California. 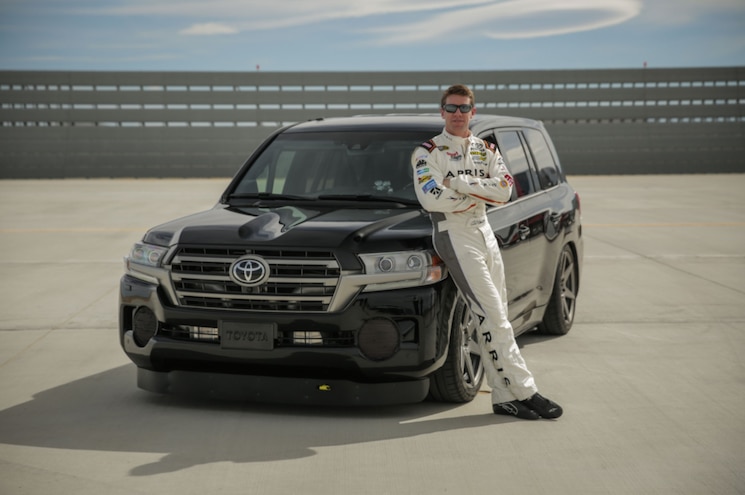 View Photo Gallery | 15 Photos
Photo 2/15   |   2017 Toyota Land Speed Cruiser Record Run Carl Edwards
Using the facility’s 2.5-mile paved runway, test driver Craig Stanton gave the heavily modified Land Cruiser a warm-up run of 198 mph before turning it over to Carl Edwards. Thanks to the Land Speed Cruiser’s massive twin turbochargers, Edwards was able to hit 211 mph before running out of space to slow down.
Toyota engineers then cranked up the volleyball-sized turbochargers’ boost to about 30 psi, allowing Edwards to take the Cruiser to a GPS- and video-verified 230.02 mph. Toyota claims the Land Speed Cruiser’s Vmax beats out the prior record holder, the 211-mph Brabus GLK V12, by 19 mph. Toyota estimated the Land Speed Cruiser was making around 1,950 hp during the run, which took place at more than 2,700 feet above sea level. 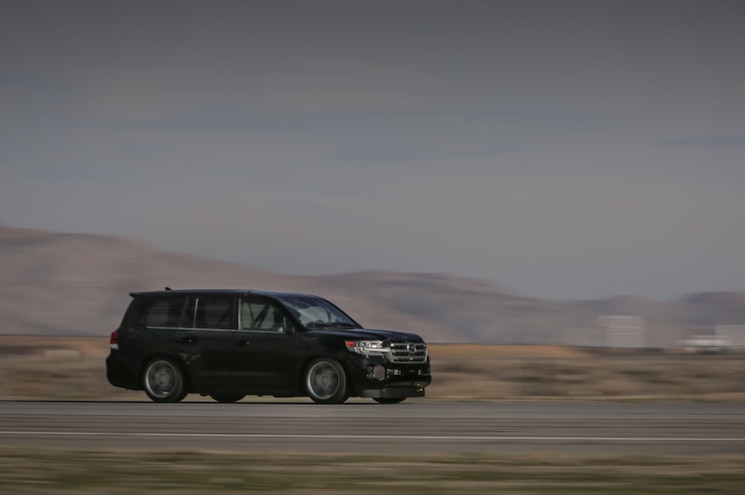 View Photo Gallery | 15 Photos
Photo 3/15   |   2017 Toyota Land Speed Cruiser Record Front Quarter At Speed
The Land Speed Cruiser originally was estimated to have a top speed of 220 mph, according to Toyota. Eclipsing that goal by more than 10 mph was a surprise for the team.
“To make a claim of what it’s capable of versus actually doing it using GPS and videotape, that was something else,” said Dan Gardner, a Toyota representative. “It was really authentic. Nobody knew what we were going to be able to do when we hit the runway.” 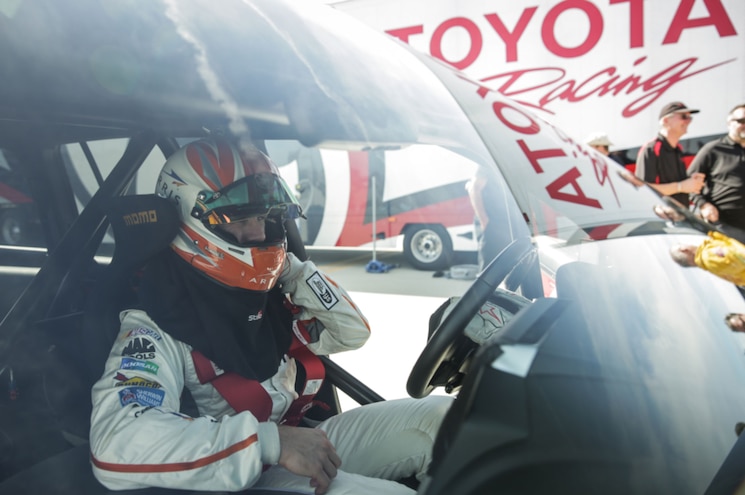 View Photo Gallery | 15 Photos
Photo 4/15   |   2017 Toyota Land Speed Cruiser Record Run Carl Edwards In Cockpit
Built by Toyota’s Motorsports Technical Center, the Land Speed Cruiser started life as a regular 200-Series LC before those big turbochargers came on board. The production-spec 5.7L V-8 was upgraded with sturdier pistons and rods, a custom intake manifold, and various other changes to cope with the turbos’ boost. Aiding stability at high speeds, the Land Speed Cruiser rides much lower to the ground, and the frame was altered to achieve optimal suspension geometry and narrowed by 3 inches to make space for wider Michelin Pilot Super Sport tires. Those changes ride under relatively stock-looking bodywork, giving the Land Speed Cruiser a stealthy appearance. 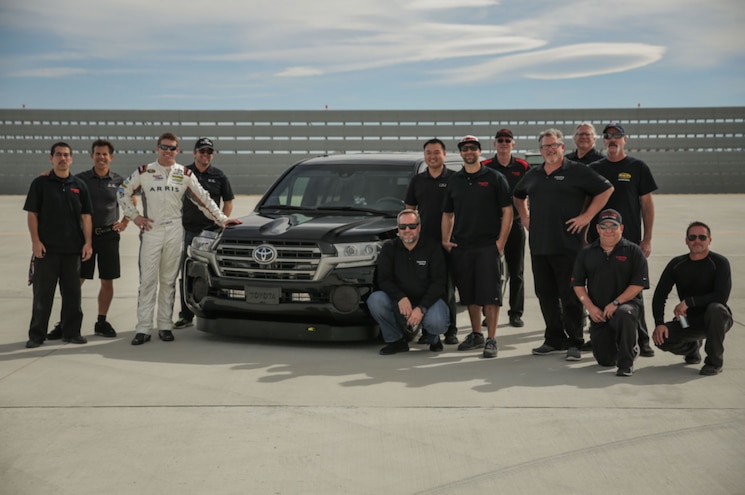 View Photo Gallery | 15 Photos
Photo 5/15   |   2017 Toyota Land Speed Cruiser Record Run Mtc Team
Don’t count on seeing a 200-mph SUV at your local Toyota showroom any time soon, but if you decide to plunk down $84,775 on a Land Cruiser, know that somewhere out there, its distant relative is enjoying the prestige of a record-setting performance.
Source: Toyota 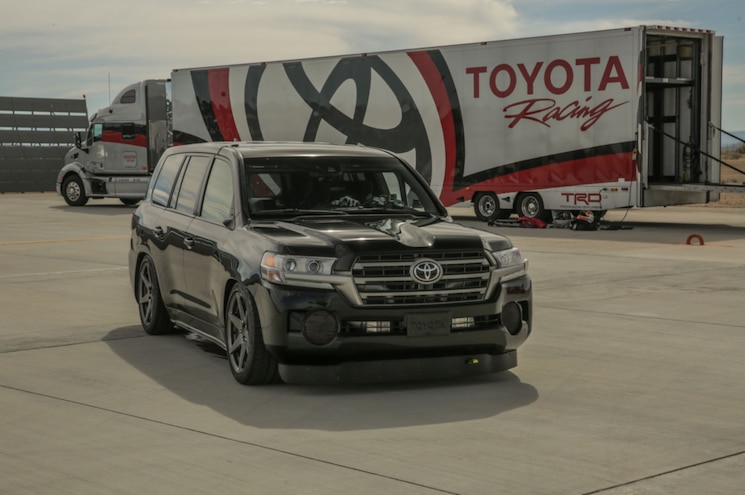