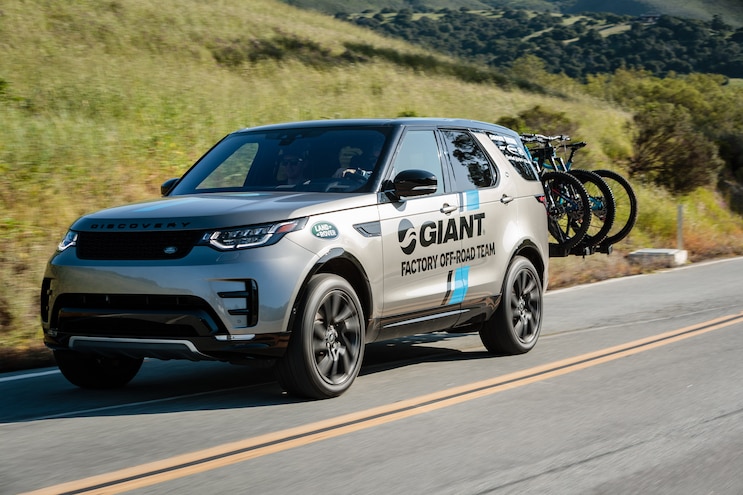 Land Rover has teamed up with Giant, a premier manufacturer of bicycles and cycling gear, for the rollout of the all-new 2017 Discovery. Or you could say Giant teamed up with Land Rover for the global launch of the company’s new Anthem 29 range of cross-country mountain bikes and 2018 model line-up. In either case, both brands found themselves sharing similar values and a common goal of promoting responsible open space use while highlighting an active, outdoor lifestyle. 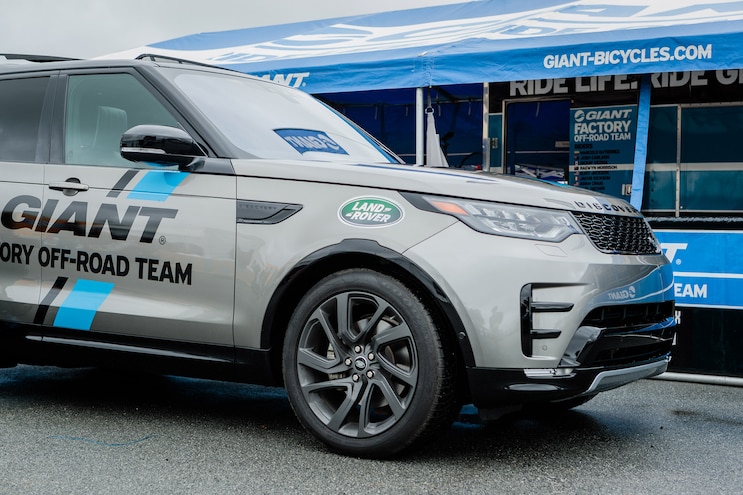 View Photo Gallery | 24 Photos
Photo 2/24   |   Giant Teams Up With Land Rover
Looking for creative ways to put the new Discovery in front of outdoor-loving enthusiasts, Land Rover saw a natural fit to becoming the official support vehicle for the Giant Factory Off-Road Team. The Giant Factory Off-Road Team competes in numerous pro events each year and the 2017 roster includes ten riders, representing six different nations, with expertise in a number of riding disciplines. As the official support vehicle, the bike-rack¬–-outfitted Discovery is being used at happenings throughout the country, as well as during testing, to shuttle athletes and equipment to the top of trails and start of races. 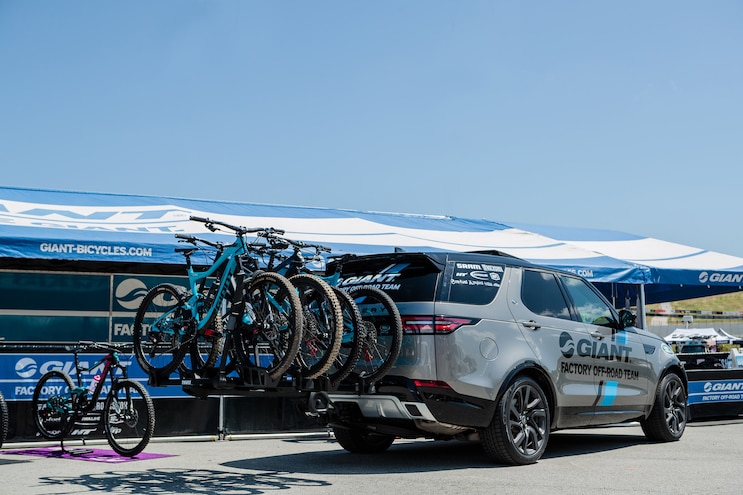 View Photo Gallery | 24 Photos
Photo 3/24   |   Giant Teams Up With Land Rover Bikes On
With seating for seven, expansive cargo room, and go-anywhere capability, the new 5th Generation Discovery has plenty of space inside for people and equipment. Specifically geared toward the same active customer, Land Rover’s Discovery includes such useful features as Activity Key and an intelligent remote seat fold technology. Activity Key is a wearable RFID bracelet that's waterproof and shock proof and can replace your key fob when you go riding to remove any worry about losing your keys on the trail. The remote seat-folding feature allows users to reconfigure the back seats using the Land Rover app on an Android or Apple smartphone, a useful way to flex the use of space between people and cargo if you forget to before you come back to the SUV.
Other Giant Factory Off-Road Team sponsors for 2017 include SRAM, RockShox, Schwalbe, HT Pedals, Giant WheelSystems and Saddles, MRP, ODI, Stan’s NoTubes, Finish Line, Jakroo, GoPro, Re-fuel, Jaybird, Honey Stinger, and Thule. 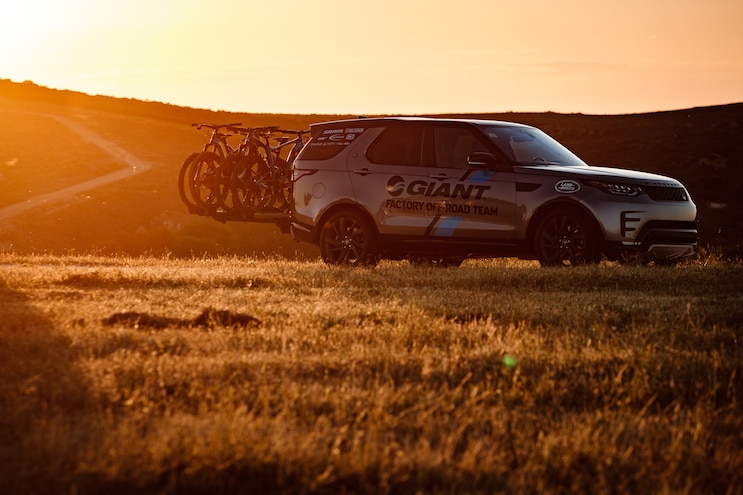 View Photo Gallery | 24 Photos
Photo 4/24   |   Giant Teams Up With Land Rover Sunset
The Land Rover and Giant partnership will continue throughout the year and the vehicle will be on display at races and events where biking enthusiasts will be able to see the vehicle, features, and accessories up close.
For more information visit giant-bicycles.com or landroverusa.com, or head over to the Giant Factory Off-Road Team pages on Facebook (facebook.com/giantfactoryteam/) and Instagram (@giantfactoryoffroadteam). 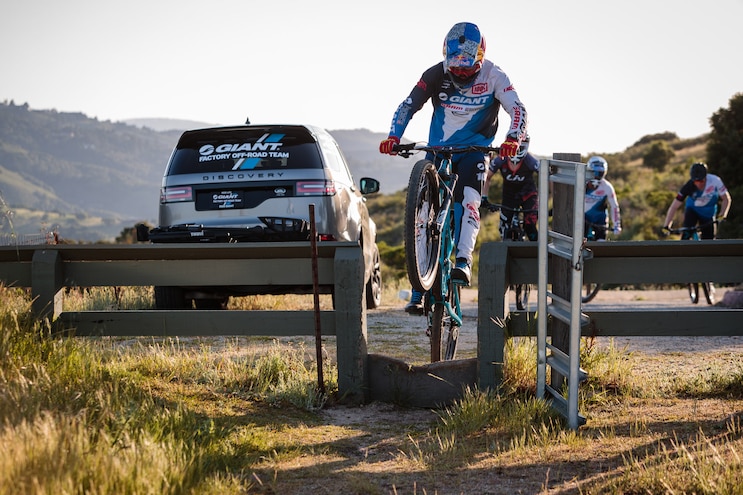