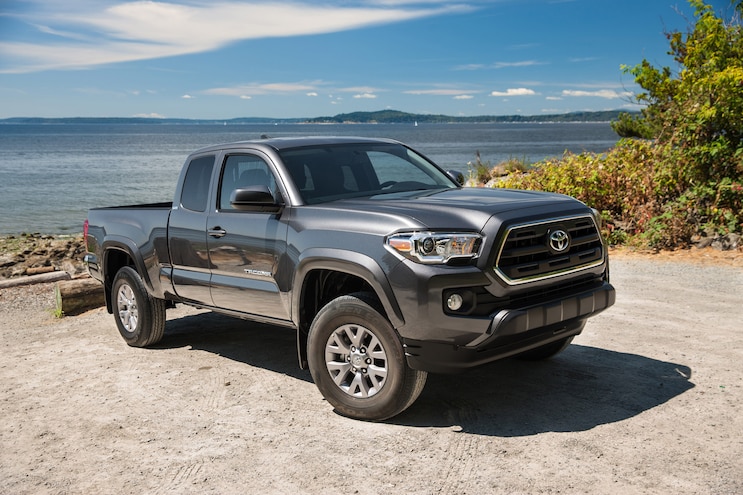 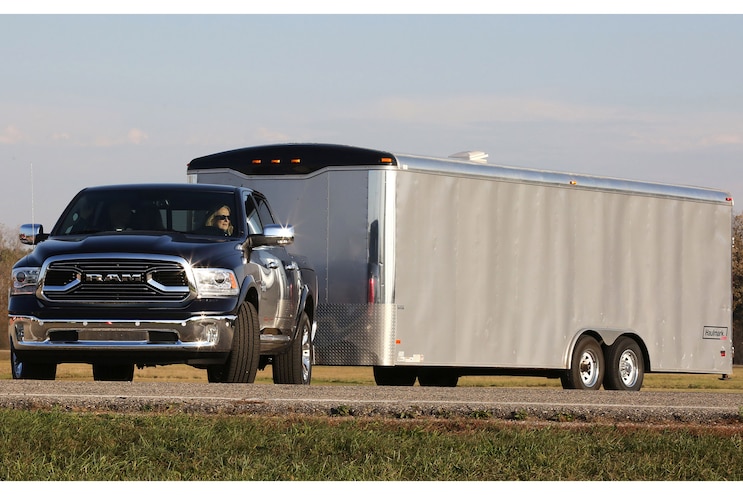 The Environmental Protection Agency and Air Resources Board have given Fiat Chrysler approval to produce and sell the U.S. ’17 Ram 1500 (and Jeep Grand Cherokee) equipped with the 3.0L diesel engine via a “certificate of conformity.” Said Fiat Chrysler in a statement on July 28, 2017, “The agencies’ approval was the product of several months of collaboration between FCA US and the EPA and ARB to address the agencies’ concerns with respect to the diesel emissions control technologies employed on earlier model-year versions of these vehicles. The ’17 updates include modified emissions software calibrations, with no required hardware changes, and FCA US expects that the modified calibrations will have no effect on the stated fuel economy or the performance of these vehicles.” Fiat Chrysler is still awaiting permission to update the emissions-control software in the ’14-to-’16 Ram (and Grand Cherokee). 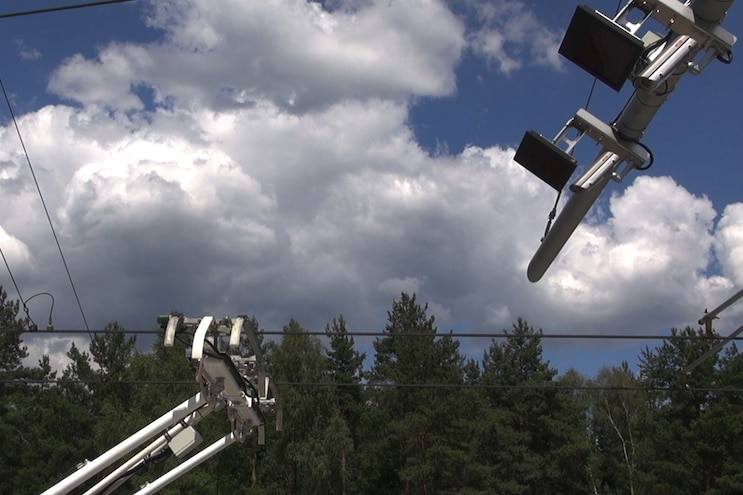 Siemens is Building an eHighway For Electric Trucks

Siemens is the name behind the eHighway due in the German state of Hesse, which commissioned the company to build an overhead contact line for electric freight transport. Siemens explained it as “part of the joint project—Electrified, Innovative Heavy Freight Transport on Autobahns (ELISA) of Germany’s Federal Ministry for the Environment, Nature Conservation, Building and Nuclear Safety (BMUB).” The project will be about 6 miles along the autobahn and provide electricity for a hybrid truck. If this rings a bell at all, it might be because you remember an eHighway concept from 2012. Siemens will plan and construct the eHighway, which will feature an “intelligent pantograph.” 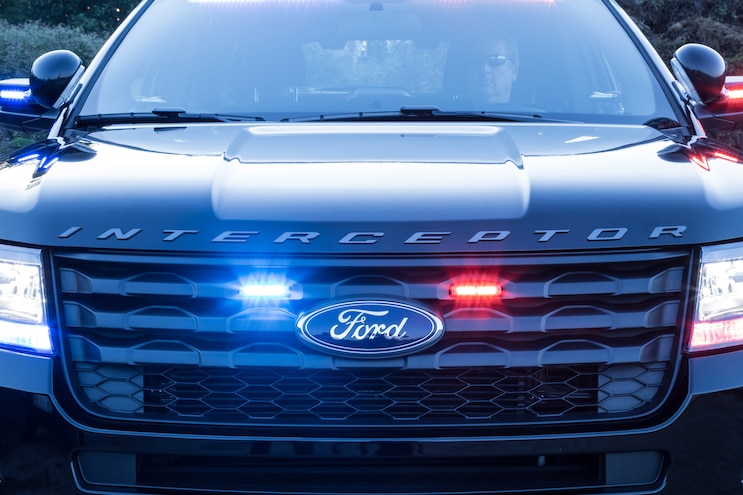 View Photo Gallery | 14 Photos
Photo 4/14   |   Auto News 8 Lug Work Truck Ford Police Interceptor Co2 Leak
“Ford’s investigation into this matter continues. However, while inspecting police vehicles throughout the country, company engineers consistently have found similar types of holes and unsealed spaces in the back of some Police Interceptor Utilities that had police equipment installed after leaving Ford’s factory. When a police or fire department routinely installs customized emergency lighting, radios, and other equipment, they have to drill wiring access holes into the rear of the vehicle. If the holes are not properly sealed, it creates openings where exhaust could enter the cabin. To address this, Ford will cover the costs of specific repairs in every Police Interceptor Utility that may have this concern, regardless of age, mileage, or aftermarket modifications made after purchase.”—Statement from Ford on August 8, 2017, regarding issues reported by some law-enforcement agencies nationwide about the Blue Oval’s Police Interceptor Utility vehicles and alleged carbon monoxide odor 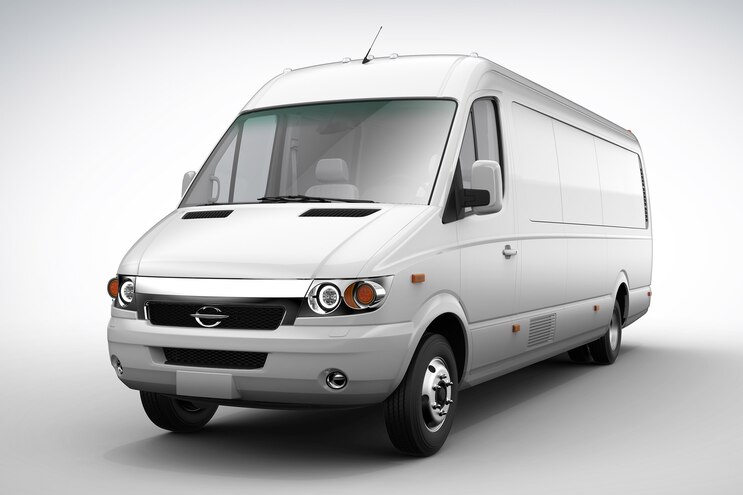 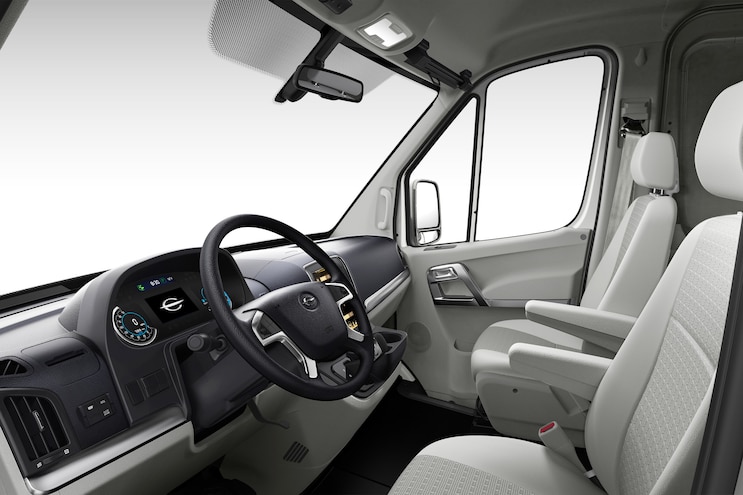 A New Commercial EV From a New Company Called Chanje

There’s a new company based in California that’s taking on the medium-duty commercial electric-vehicle market. Chanje is bringing an all-electric, purpose-built truck to the U.S. in late 2017. The first model is expected to be the V8070, a panel van capable of hauling up to 6,000 pounds. The goal is to expand to larger trucks and even shuttle buses. The mission statement includes the plan to build “high-quality, long-life electric vehicles at scale and American clean transportation jobs.” As we went to press, the company was still figuring out where to locate its assembly plant but was eyeballing west of the Mississippi. 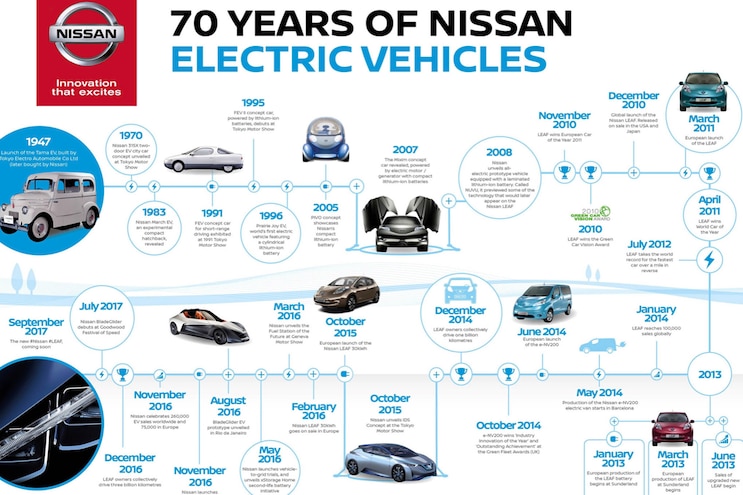 The year was 1947, and the vehicle was the Nissan Tama. It could be had as a car or a van, and the electric innovation meant 40 miles when fully charged. The truck had seating for two. Then, in 2014, Nissan put the e-NV200 electric van into production in Barcelona and included a European debut (the van even won innovation awards). 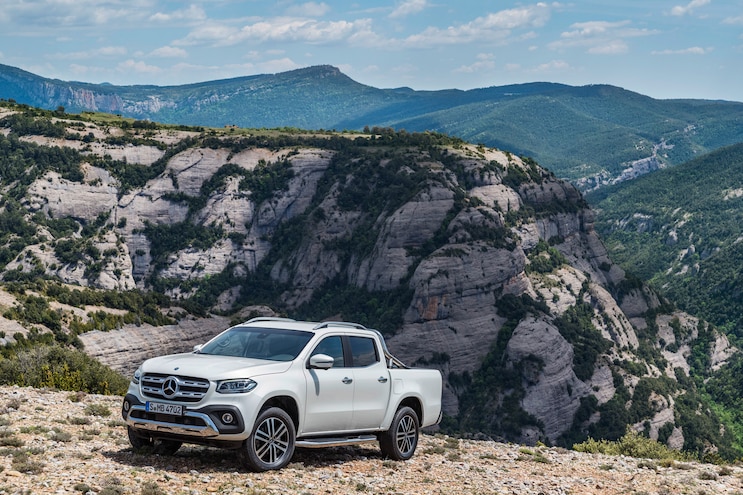 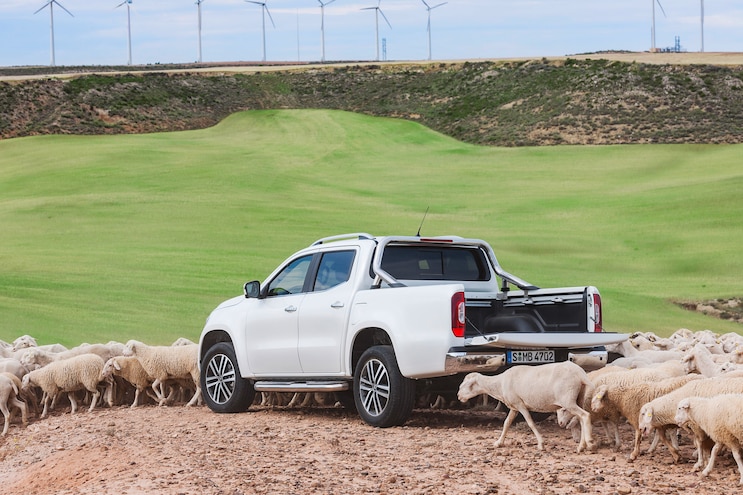 Mercedes-Benz has for the first time ventured into the world of pickups, with the midsize X-Class. Dr. Dieter Zetsche, the head of M-B, will tell you why: “Our pickup convinces as a workhorse just as much as a family and lifestyle vehicle. In short, the X-Class is the Mercedes among pickups.” The company is attempting to fill a void “between passenger cars and commercial vehicles…and with the X-Class, Mercedes-Benz Vans is now aligning itself even more internationally.” Multiple four- and six-cylinder engines—gas and diesel—are expected, as is a payload of about 2,200 pounds. It’s also being marketed as a strong off-road contender. Trim levels will likely include a stripped-down version for the work-truck crowd, then with trims that go all the way to full luxury. Despite it being a “global” vehicle, the U.S. may have to admire it from afar—for now. 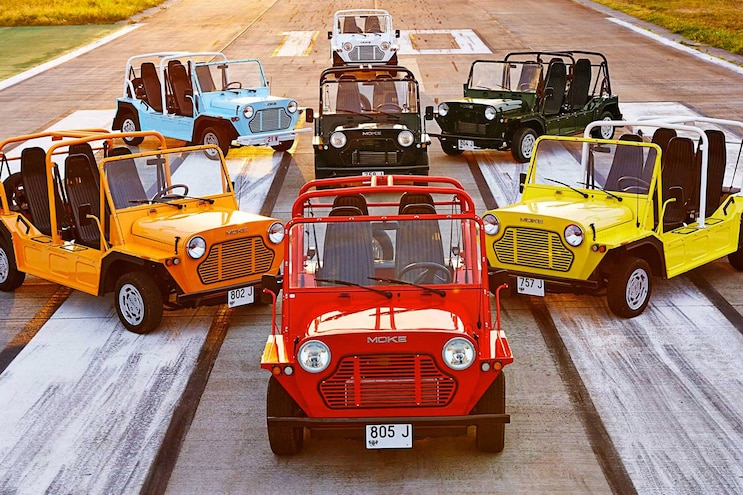 The Moke Comes to America

If you’ve ever been to St. Maarten or another tropical Caribbean locale, you may have seen their version of a workhorse, the Moke buggy. It has a British past—it was how the rich and famous got around—after having gotten its start in life as a military vehicle in the 1960s (like, on British aircraft carriers). Now, Moke America has brought the classic to the U.S., but reengineered with more trunk space and legroom, better visibility, and bigger wheels. Plus, it is available as either a gas or electric model (that one is called E-Moke). 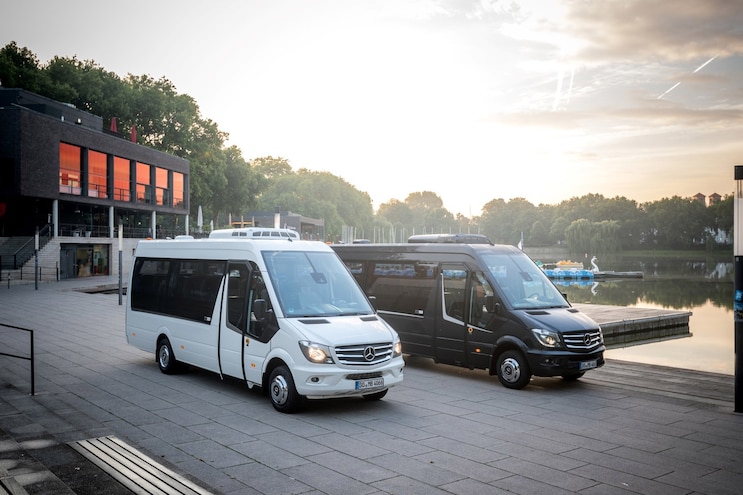 The Sprinter Travel 65 arrived in 2007 for the European market and was deemed the ultimate Mercedes-Benz travel bus. The special 10th celebratory edition will be unique via special paint schemes: a gray metallic or a white metallic, with brushed aluminum or steel looks. 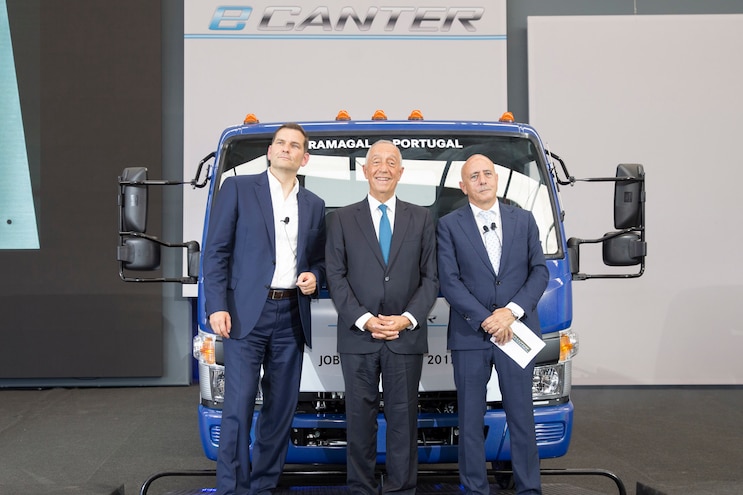 The first all-electric light-duty truck has gone into production in Europe. The FUSO eCanter is said to have as its first commercial customer the Seven-Eleven Co. in the Japanese market. Range of the truck should be about 60 miles and load capacity will likely start at around 4,000 pounds. 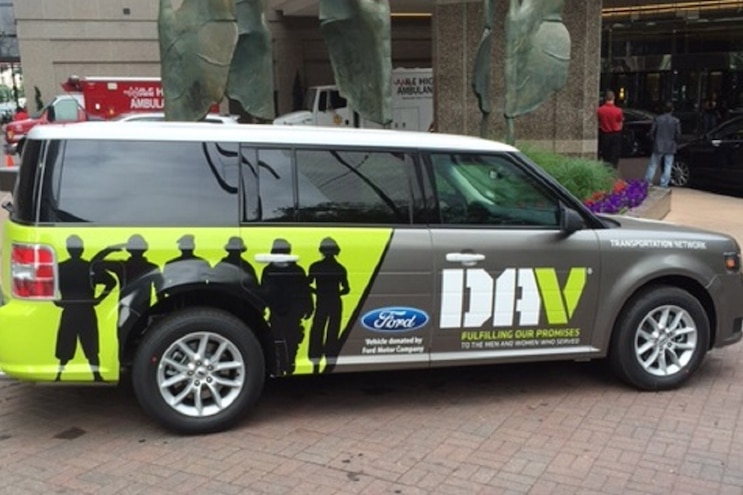